Kobe Bryant was preparing to dominate Hollywood as he did NBA

Even as Bryant was about to earn his first Academy Award, he said coaching his daughter in hoops took precedence

In the spring of 2018, Kobe Bryant didn’t want to talk about who the greatest of all time was — LeBron James or Michael Jordan.

He didn’t want to enter that debate post-retirement. Bryant was at the beginning of what he hoped would be his new chapter.

And on March 4, 2018, he officially launched his next chapter in the most Kobe Bryant way possible.

Not even two years out of the game that made him globally famous, the game that he retired from as a five-time NBA champion, an 11-time All-NBA first-team selection, a 2008 MVP, two-time Finals MVP, an 18-time All-Star and four-time All-Star MVP, he won an Academy Award for an animated short, the first thing he’d ever done in Hollywood.

Bryant was in a small fraternity of superstar athletes who were making headway in Hollywood.

Before I came to ESPN, I noticed what LeBron James was doing. Like other athletes before him, he had a cameo in a film and was the best thing in 2015’s Trainwreck. But instead of leaning in and doing more of that, James started talking about being a Hollywood producer. Lining up his production company. And over time, building up an impressive slate of in-development projects that would honestly rival what any longtime producer in this town was working on.

I thought perhaps there could be synergy there, reporting about what athletes were doing in this town.

And there was. James wasn’t alone in his quest for Hollywood domination.

Matt Barnes was teaming up with people such as Anthony Anderson to work on a documentary.

And then there was Bryant.

He’d announced his retirement with a poem, Dear Basketball.

And the animation went over well. So well that the award nominations started coming in. And then came the Oscar nomination. So Kobe Bryant.

And that wasn’t it. He had a slate of things he wanted to do — the animated short wasn’t a one-off. Bryant’s Granity Studios was producing television, books, podcasts and films.

He wanted it all in this town and was on the cusp.

The thing I learned immediately about Bryant is that working in Hollywood was never a vanity thing for him. He was reaching out to people like Oprah Winfrey (who he said was a mentor of his) and Shonda Rhimes (who he said he admired) and was asking for advice about how to break into this business and how to be taken seriously.

“I can’t have one without the other. The only way I know how to tell stories is through understanding how to compose a game. Understanding the emotional elements of a team and the movement of the game. That kind of leads to a natural progression of storytelling.” — Kobe Bryant

Because he was more than an athlete.

“I’ve always been told that as basketball players the expectation is that you play. This is all you know. This is all you do. Don’t think about handling finances. Don’t think about going into business. Don’t think that you want to be a writer — that’s cute. I got that a lot,” Bryant told me during our interview. “What do you want to do when you retire? ‘Well, I want to be a storyteller.’ ‘That’s cute.’ This is a form of validation for people to look and say, ‘OK, he really can do something other than dribble and shoot.’ ”

Bryant could have had his first big Hollywood moment 22 years ago.

It was Bryant whom Hollywood director Spike Lee pegged as Jesus Shuttlesworth in his 1998 film He Got Game. Bryant was set to play the basketball phenom, the son of Oscar-winner Denzel Washington’s incarcerated Jake Shuttlesworth. But he changed his mind before they started filming in 1997.

The role ended up going to Ray Allen because Bryant said he couldn’t do it. He needed to work. On the court. Not off of it.

Bryant told me that he didn’t regret it. He didn’t want to be an on-camera guy. He didn’t quite know it back then, but his strength and his muscle would be far more powerful behind the scenes.

“I’m not the most patient of a person,” Bryant said in what would be my final interview with him. “When you look at actors and the downtime involved, it’s just too much for me. I was 17 at the time, and I wanted to play ball. I wanted to go to Venice Beach and play, where actually I broke my wrists. I couldn’t sit still. I wanted to work out and train all the time. There was also a lot of pressure on me coming out of high school to perform well. So, I felt like I needed all my resources dedicated to preparing myself for the season. I don’t really have time for do a film.”

Did you regret not taking the role, I asked him.

Bryant became a Hollywood star in his own way.

“The ability to make sure things are as good as we believe they can be, before we release it. Basketball, you don’t get that chance. You practice all you want, but when the lights come up, if you play like an idiot, you look like an idiot,” he told me. “There’s nothing you can do about it. You can’t say, ‘Cut! Take two!’ In Hollywood, we can sit around as a team and nitpick plot, nitpick character. And shots, and movement of the story, and go over it and over it and over it, until we feel like it’s where we need it to be.”

I found him to be sharp and extremely thoughtful about Hollywood, what he got out of it and what he thought he could contribute to it.

“It’s like putting together a puzzle,” he said to me of storytelling. “You sit and you find a kind of emotional truth of a character, or an emotional truth in general. And then, you build a character around that, and then you put the other pieces that surround the character that fill out the plot and the subplots. All the while carrying a greater significance to the story. That’s what I enjoy the most.”

Whatever was going to be his greatest accomplishment in Hollywood, basketball would be at the center of it. He still was in love with the game. He just didn’t want to play it anymore.

But he knew there were stories to tell.

“They all center around sports. How do we take sports? And, tell beautiful tales, beautiful stories that connect to human nature?” he asked.

“If you look at sports as a whole, it connects people on a global scale. Much like music does. But, what separates music from sports is that sports is something that unites people. When you go to the Olympics, and you see so many cultures participating in an event together. Or, you go to a soccer match, and one team you see a player from the United States, a player from Brazil, a player from Switzerland or wherever — you have these different people all uniting. So, the important thing for us is telling stories that connect to human nature, and do it in a way that’s magical. A lot of people said it couldn’t be done. Which is why Dear Basketball was so important. Can we create a very sport-centric film that can move people that ordinarily know very little about basketball? Can that be done? And we believed it could.”

“If we’re able to create stories that are true, right, create stories that come from in to out, versus out to in. If we’re chasing things that are popular or we’re doing things because we believe them to be successful, then we’re going about it the wrong way. We can stay true to ourselves and all of us write stories that come from within, then that is the definition of success, right? If it moves you as a writer, an author, and saying this is helping me deal with an issue that I’ve kind of pushed to the back, it’s helped me navigate through that,” he said. “If it helped me find an inner truth, then that is success. Because if that’s inner truth to you, it will inevitably be a truth to somebody else.”

Over all the success and the accolades — that Oscar included — this is truly who Bryant — who died in a helicopter crash where his 13-year old daughter Gianna and seven others also lost their lives — was.

“If you win an Oscar this weekend, how are you going to celebrate?” I asked him.

“That’s a great question. I don’t know,” he said before he laughed. “I do not know. I know on Oscar Sunday we do have games. My daughter has some basketball games and I’ll be coaching. So, I’ll be coaching in the morning, and then going to the Oscars in the evening.”

“It’s awesome. And then after that, I don’t know.”

“Where are you going to put that Oscar if you win it?” I asked. 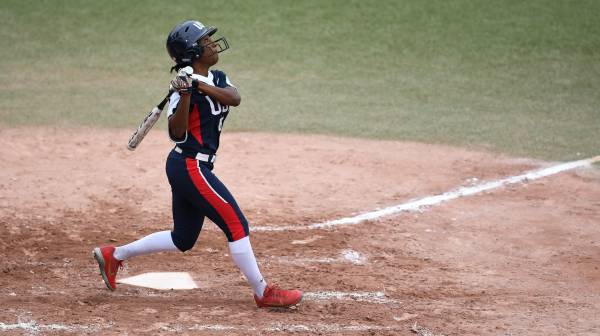 “I’ll probably sleep with it,” he said and we both laughed. “You know, when I was a kid, the first time my parents bought me an official leather NBA basketball, I slept with it for about a week. I did. So, you know, it will be Vanessa, Bianka, me, Oscar. That will be our sleeping arrangement.

“And then moving forward, should we refer to you still as five-time NBA champion with a list of other NBA accomplishments? Or, Oscar winner Kobe Bryant? What’s going to take the lead role here?”

“I don’t know! I mean, I can’t have one without the other. You know? The only way I know how to tell stories is through understanding how to compose a game. Understanding the emotional elements of a team and the movement of the game. That kind of leads to a natural progression of storytelling,” he said. “So, I can’t have one without the other. But the fact that you even ask me that question, it’s pretty damn cool.”