A Spur for life: Reflections with Tim Duncan, Gregg Popovich and more

San Antonio Spurs forward Tim Duncan announced Monday that he will retire after 19 seasons. Only former Los Angeles Laker Kobe Bryant had a longer tenure with one team. In his time with San Antonio, Duncan and head coach Gregg Popovich formed an unbreakable player-coach bond.

Selected by the Spurs as the first overall pick in the 1997 NBA draft, Duncan spoke to Popovich on the phone and said he thought he’d be traded.

“So, Pop, all I’ve heard since I got here was that you’re going to trade me. That’s all I heard for the last 20 minutes,” Duncan said on the night he was drafted.

He was never traded. Duncan helped San Antonio reach the playoffs in each of his 19 seasons. He became the only player in league history to start and win a title in three different decades.

Duncan said he was bad in his first NBA summer camp. “I was awful.” But that didn’t last too long.

The Spurs won at least 50 games the last 17 seasons, the longest streak in league history, and posted at least a .600 winning percentage in each of Duncan’s 19 seasons, a record for the most consecutive seasons with a .600 win percentage in the four major U.S. sports.

“If this is it for Tim Duncan, he has meant a lot to the game, the way he has carried himself and what he has done for the Spurs for a number of years,” Green said. “He is the centerpiece of the golden standard in the NBA. When you talk about the NBA and consistency, the Spurs are the golden standard for that, and he has been the centerpiece of all of that. He has done some tremendous things for the game and he’s arguably the greatest power forward of all time.”

Check out the chatter and reflections on Duncan from folks around the league:

Shaquille O’Neal, Kobe Bryant and LeBron James comment on what made Duncan one of the greats.

A look back at The Big Fundamental’s 19-year run with the Spurs that saw him lead San Antonio to five championships.

Duncan and Popovich reflect on Duncan’s career as the Spurs’ No. 1 overall pick in the 1997 NBA draft to winning five titles in San Antonio.

A look back at The Big Fundamental’s 19-year run with the Spurs that saw him lead San Antonio to five championships.

Bruce Bowen reflects on the future Hall of Famer’s career of the five-time champion Duncan, which was built on selflessness and structure.

Check out tweets from around the league.

Even tho I knew it was coming, I'm still moved by the news. What a HUGE honor to have played with him for 14 seasons! #ThankYouTD

@spurs Tim Duncan the best power forward to ever play the game. Congratulations on a spectacular career. #class #champion #legend

Congrats to the best power forward to ever play the game. It was truly an honor. Winner above all else. #thankyouTD pic.twitter.com/cXAxvKk8z4 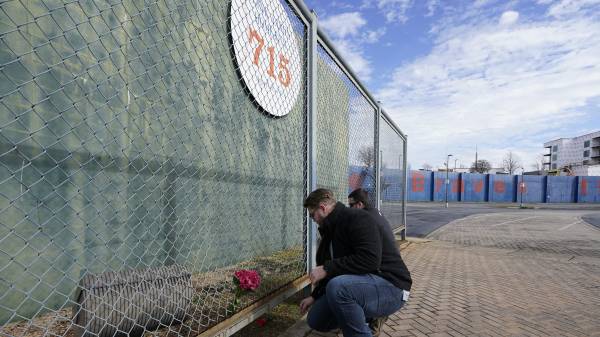 Remembering Hank Aaron at the site of No. 715 Read now

…I am grateful. For your skills as a player I am in awe. And for your friendship I am honored.

Salute to the greatest power forward ever! Illustrious career!! Much respect Timmy D.