Kyle Kuzma on social justice, dealing with racism and the Lakers’ return

Despite his status as a pro athlete, Kyle Kuzma understands the challenges of living in America. But in the aftermath of the death of George Floyd, the Los Angeles Lakers forward is hoping that society will soon see black men as human beings instead of imposing men.

“All lives do matter. But that doesn’t mean nothing until black lives matter to people,” Kuzma said.

Kuzma, who holds a sociology degree from the University of Utah, spoke to The Undefeated about social justice issues, dealing with racism and his family’s involvement in law enforcement. Kuzma also talked about the Lakers’ pending return to action and their title hopes.

The following is excerpted from an Instagram Live conversation.

You’ve said on Instagram in regards to racial injustice: “This virus has been around us for 400 years. There is still no vaccine.” How were you impacted by the death of George Floyd?

It just hurt. It is a continued thing that is really going on in our society that is kind of a trend that is happening for years and years.

For me, it’s the Achilles’ heel for our country, and holding back a lot of different things for us to grow as a country and society.

What are the systemic issues that you would like to see changed?

One thing that people always talk about is, ‘It’s the police. It’s the police …’ It’s not necessarily the police. One, it’s the system and how laws are made against African Americans. Not only African Americans, but people of color as a whole. Also, from the system that was built years and years ago and back to slavery. There are racist people in positions of power who keep us from doing things we want to do.

Do you feel the world is listening for real and there will be systematic change?

It’s not going to happen overnight. It’s not going to happen over the next year, two, three, five, 10 years. But it’s a thing that we can constantly build and build toward. The biggest thing is changing laws. If you look back to slavery, there were a lot of slaves that were free right after the Civil War. That was scary to a lot of white men in that era, in that generation. In order for people to be held captive or have that same disadvantage of life, ‘Let’s make them criminals. Let’s make the laws so tight that they will never have an edge even though they are free.’ We as a society have the same laws that were in the 1700s and 1800s that have no correlation to where we are in our real life and the era we are in now.

That’s the big thing about racism. It has to be changed. Make the playing field a little more equal.

You unveiled shirts from your new Childhood Dreams collection with 100% of the proceeds going to the NAACP legal defense fund. Why did you do that?

To really make change and the change that we really want, you have to go out and vote. And we have to educate ourselves on what needs to be done. Not just voting to vote. But vote for the people we believe in, the qualities that they have. If they relate to us, so be it. …

Multiple states have their primaries right now going on. It’s important to show.

Tell us about your recent column in The Players’ Tribune, “Ain’t No Sticking to Sports.”

I know everyone has a story of racism in their life no matter if you’re white or black. Any type of color, you’ve experienced some kind of racism. It sucks having to watch your back. Or having to dummy down yourself because of whatever in society. I just wanted to share my story upon it. … Keep the conversation going, and keep the awareness going. Because that’s the biggest thing. If we don’t talk about it, it’s going to continue to be here and not change.

What did you have to go through growing up biracial?

I grew up not being enough of a kind of ethnicity or race. Growing up in Flint, Michigan, a predominantly black neighborhood and not being black enough. Then going to white schools in white communities in high school and not being white enough and being [viewed as] strictly black. A lot of biracial kids, that is what we go through and what we see with just the makeup of what a biracial kid was back in the day. It’s always been that way dating back to slavery. Those are kind of the things that I went through. 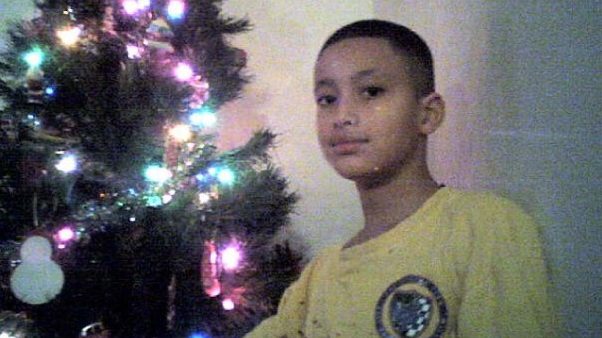 A Kuzma Christmas at last: Why holiday will be special for Lakers forward Read now

What advice would you give a biracial kid today?

You got to be yourself. You have to know to be a good person.

In The Players’ Tribune, you mentioned a story comparing white privilege to an invisible backpack. Can you explain?

I explained it as white privilege is being an invisible backpack of certain things that will help you along the way. Job opportunities. Not being worried about being pulled over by the police and having something major happen. Getting loans easier. Getting out of jail free cards. There are so many times in this country where a white man will have a charge and a black man will have a charge. The [white man] will do the same thing, but will get less years than his counterpart.

Most sports fans in LA know who Kyle Kuzma is … why are you still nervous when you drive in LA or elsewhere?

Just the stereotype of everything that goes on. You never know. Just because you’re famous or you’re popular doesn’t mean you’re [not] susceptible to police brutality. It could just be that person’s bad day. You just never know what happens in life. I’ve always believed that life is precious. That is a stigma that we as people of color have to go through no matter who you are.

Your grandmother was a lieutenant in the Flint police department. How do you look at race relations from the police point of view?

I see things on both sides. It’s not all cops are terrible. I’m from a cop family. It’s not about saying, ‘F the police.’ It’s more about the system that dictates racism at every level from institutional to systematic to everything.

What do you think is the best solution to ending police brutality?

Making it a little more prestigious to be a cop. To become a cop, you need about 870-plus hours. And to be a barber you need 1,500. That doesn’t make sense. Who came up with that? Why is that a thing? It doesn’t make sense for it to be so easy to become a cop, especially in small towns where you see a lot of police brutality and things. A lot of times you see people go straight out of high school to the police academy. That’s a way of life. That is something I remember in Flint. People went to the police academy or went to General Motors to work in a factory.

It’s a prime job. And for this prime job, you need prime requirements. Not only should this be for getting into the police academies. But we have to have extra requirements to get out of the police academy. We need cops that are in these areas of colors that can relate to these areas. It has never made sense to me why someone from Santa Clarita or Orange County is patrolling Compton. It doesn’t make no sense.

What do you think about the NBA community’s response to George Floyd’s death?

I’ve seen a lot of players go out there in the field and march. It’s beautiful. I think this is the most unified our country has been in a long time. In the past, there were a lot of black marchers, protesters and people talking about it. But now you see Gen Z and millennials are really out there. White, black, purple, blue are really out there fighting for this. That is beautiful for me to see.

What were your emotions the day the NBA season was suspended due to COVID-19?

It was tough for us because we had a lot of momentum, a lot of groove and a lot of fine-tuning we were getting into. It’s kind of weird. We all loved the game. We just had to stop. In the middle of the season just shutting down, not going into work every day and living in a different world, you kind of put it into perspective. Things like this are part of our new era of life where things can change quickly. It was tough at first, but I’m glad we’re able to come up with something to do.

How have you stayed in shape physically and mentally?

I have a gym at my house. That is something I really invested into early. Just trying to get a weight room at my crib. … Just trying to stay in shape. Running. Just doing the little things, especially early on. It’s tough if you get gym access because it’s a serious virus and it’s killing people. Staying mentally engaged. Watching film.

What will be the Lakers’ biggest challenge from the layoff?

Not just for us but from an NBA standpoint, the biggest challenge is getting our bodies right. Probably when we start playing there is going to be a game every other day. There is not really that much time to prepare our bodies. The most important thing is making sure everyone’s body is right to handle the load we are about to get into.

It’s a serious thing. Of course, everyone wants us to play. Rightfully so. And we do, too. It’s about our safety first. It’s interesting. I heard something about the German [soccer] league coming back and having 19 season-ending injuries. That just shows you that it is important for our bodies to withstand that load.

What did you learn this season about what it takes to win?

The biggest thing is when you play with so many veterans your acceleration of winning basketball just goes up. The way you think about the game. The way you approach it. … It’s just a different type of level. It’s really the highest level. I’m talking about championship-contending basketball. That is really the biggest thing I’ve learned this season.

Why will the Lakers be champs?