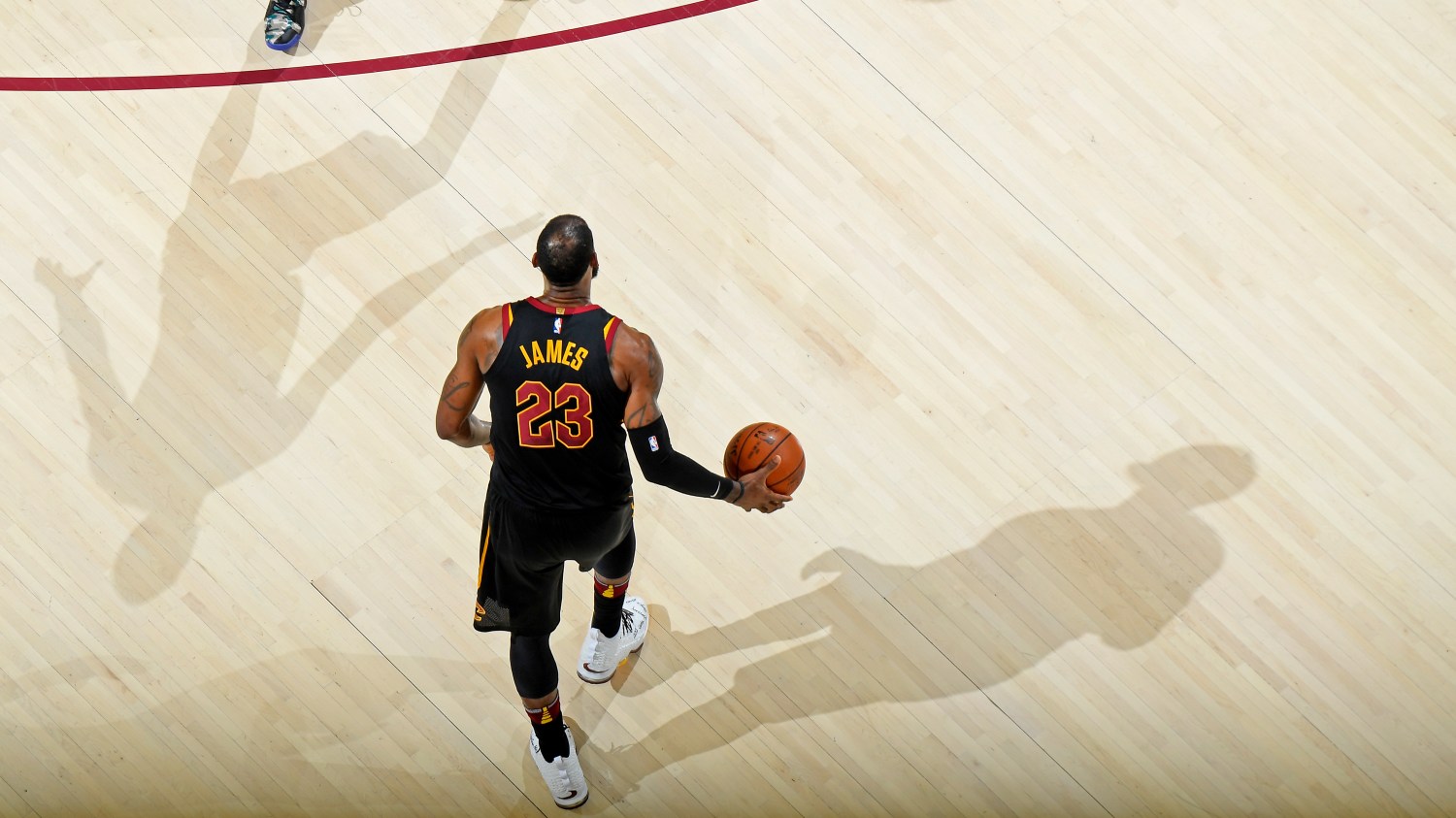 LeBron James #23 of the Cleveland Cavaliers handles the ball against the Boston Celtics during Game Six of the Eastern Conference Finals of the 2018 NBA Playoffs on May 25, 2018 at Quicken Loans Arena in Cleveland, Ohio. Brian Babineau/NBAE via Getty Images
NBA Free Agency

With new teammates Stephenson and Rondo off the list, here are some other players James has beefed with during his 15-year career

Ever since Paul George demanded a trade out of Indiana last summer, Kawhi Leonard somehow communicated even less than he did the previous 26 years of his life and JR Smith pulled a Leon Lett during the NBA Finals, it’s been almost a given that the league would have another Big Three on its hands in the form of George, Leonard and LeBron James. Championships were guaranteed, images of jerseys were digitally altered and regrettable memes were created.

But then, like bringing an engagement ring to a gentleman’s club, expectations met reality. The Los Angeles Lakers nabbed James to the tune of a four-year, $153.3 million contract, but instead of signing two additional All-Stars, the Lakers nabbed JaVale McGee and Lance Stephenson.

The Stephenson signing was even more odd because, based on what we’ve seen since the 2012 playoffs, the self-proclaimed “Born Ready” and King James don’t like each other. Stephenson has played the role of annoying little brother whom James wished Kyrie Irving would accept, nagging James to the point of once blowing his Capriccio-soaked breath into his rival’s face. (ESPN reporter Chris Haynes reported that James “never had a personal issue” with Stephenson.) But just when we thought the new-look Lakers could not get any more GIF-able, they turned around and signed bellicose point guard Rajon Rondo, another James foe. The pair’s conflict dates to the late 2000s, when the Boston Celtics could actually beat the Cavaliers. Rondo shunned former teammate Ray Allen for leaving the Celtics to join the Miami Heat and once posed for a photo with a fan wearing a “LeBron Is A B—-” T-shirt.

If James can bury the hatchet with two of his most notorious enemies, what about the other players he’s beefed with during his 15-year career? We present the LeBron James All-Enemy Team.

Draymond Green photo from USA TODAY Sports, all other images are from Getty.