LAKE BUENA VISTA, Fla. — It seemed like a good idea at the time. Los Angeles Lakers guard Talen Horton-Tucker jumped in the air to celebrate with Anthony Davis after Davis hit a game-winning, buzzer-beating 3-pointer in Game 2 of the Western Conference finals on Sunday. But after colliding with the bigger and taller Davis midair, Horton-Tucker fell to the floor in the midst of his celebrating teammates.

On a team full of veterans, Horton-Tucker is the Lakers’ 19-year-old rookie. And while he doesn’t see much playing time, he’s looking to make an impact when given the opportunity, including with his energy.

Horton-Tucker spent most of the 2019-20 season playing on the G League South Bay Lakers, where he averaged 18.1 points, 6.2 assists and 4.0 rebounds in 38 contests. Despite playing in only two regular-season games before the NBA shut down in March, he made the team’s roster in July for the season’s restart in Orlando, Florida.

During his playoff debut in the second round against the Houston Rockets on Sept. 10, Horton-Tucker was a spark off the bench for the Lakers with 5 points, 2 rebounds and 2 steals in seven minutes in a Game 4 victory.

Horton-Tucker gave LeBron James and his teammates credit for his successful outing.

“ ’Bron told me to stay ready,” Horton-Tucker said. “To hear that coming from him, he gave me a boost. Who better to hear that from in the first playoff game? The advice they gave me was to stay ready, stay patient and things are going to happen.”

Horton-Tucker added 9 points in just 10 minutes off the bench in a 119-96 victory over the Rockets in Game 5.

“I wasn’t trying to be too high or low,” he said. “I just wanted to play and do what I do best. That is just playing the game I know how to play and doing it the right way, too.”

Three years ago, Horton-Tucker was ranked as the 66th-best prospect in high school basketball by ESPN while starring at Chicago’s Simeon Academy. He chose to attend Iowa State in 2018, spurning in-state Illinois, because he thought that would be his best road to the NBA.

His breakout performance would come on Nov. 20, 2018, when he earned 26 points, 14 rebounds and 6 assists in a win against Illinois at the Maui Invitational. With numerous scouts watching the likes of then-Duke stars Zion Williamson and RJ Barrett, among others, Horton-Tucker’s performance immediately caught the eye of NBA teams.

“I started hearing more things after that,” Horton-Tucker said. “Hawaii was good for me. I played pretty well there. Everything started coming a little faster after that.”

Horton-Tucker averaged 11.8 points, 4.9 rebounds, 2.3 assists and 1.3 steals during his freshman season at Iowa State and declared for the 2019 NBA draft, signing with Klutch Sports (which also represents Lakers stars James and Davis). 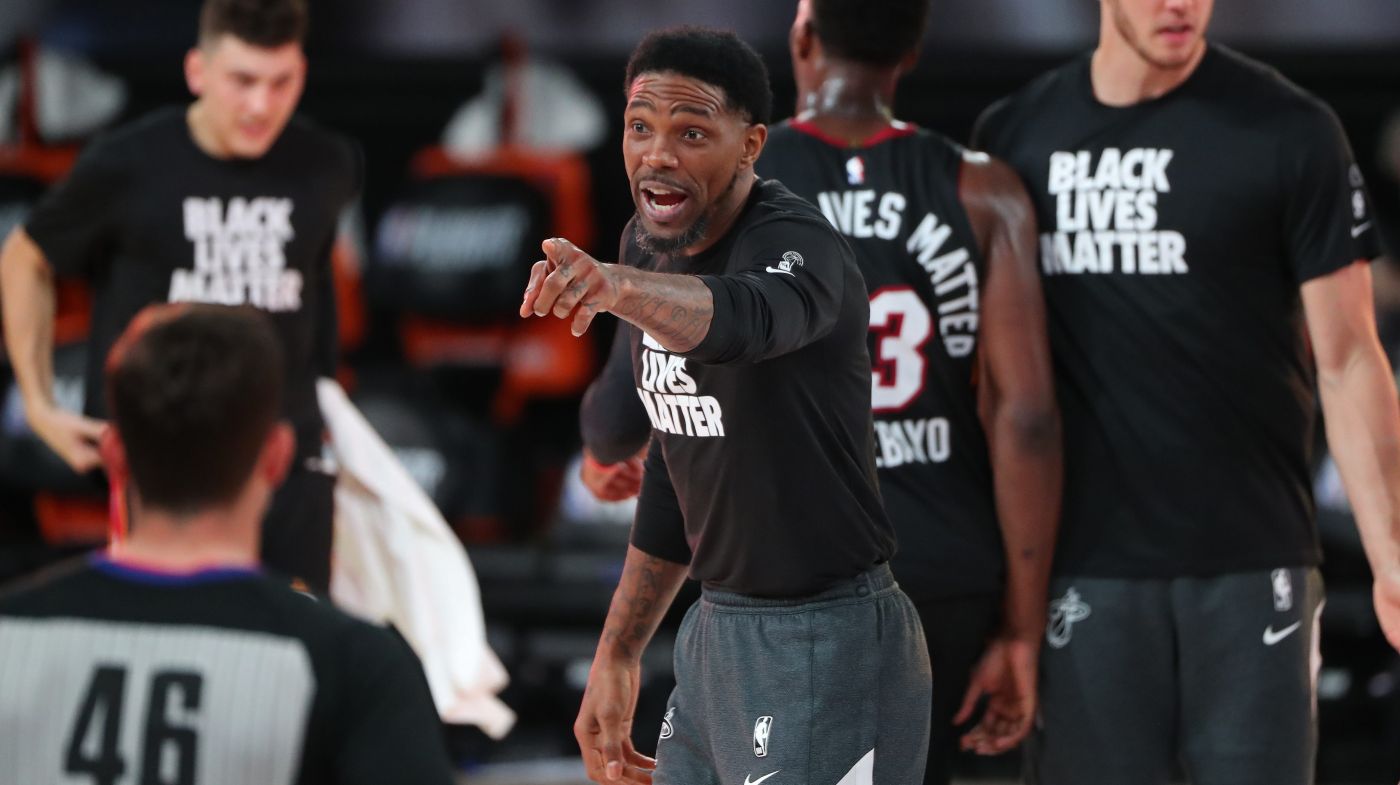 Horton-Tucker, who ESPN ranked 20th among its top 100 draft prospects, said he left school early for the NBA because he was betting on himself. His hope was to be selected by a team where he could get a chance to compete.

While watching the draft with his family and friends at home in Chicago, though, his bet on himself seemed in jeopardy. He was bypassed in the first round. But, with the 46th overall pick, the Orlando Magic selected him and traded his draft rights to the Lakers in exchange for a 2020 second-round draft pick and cash consideration.

“I just kept focused on hearing my name,” Horton-Tucker said. “I just tried to stay as positive as possible. It was a plus when I found out it was the Lakers, especially what was going on with AD coming, too. They already had LeBron. For me, it was a plus to have [veteran stars]. … I was happy with the Lakers.”

Five days before that draft, the Lakers had acquired Davis in exchange for Lonzo Ball, Brandon Ingram, Josh Hart and three first-round picks.

Davis, who is also from Chicago, FaceTimed Horton-Tucker to congratulate him on being acquired by the Lakers after the draft.

“It’s a funny story. I was in New York when he got drafted and he was in Chicago with his family,” Davis told The Undefeated. “I heard of his name, but I didn’t really follow him. I knew he was with Klutch and they told me, ‘Talen is from Chicago and went to Simeon.’ … So, I FaceTimed him and congratulated him. When he got here, we kind of talked and ran down [our Chicago connections] and it made sense.”

Davis has been impressed by what he’s seen from Horton-Tucker and believes he has a promising future ahead.

“He comes in and he’s not afraid of the moment,” Davis said. “He wants to defend. He wants to learn. He wants to get better. He’s in the gym all the time. He’s a great rookie. He’s going to have a great career in this league. …

“He’s a guy who wants to be in the lights and wants to get better. For a rookie, you don’t see that often, especially from a guy who doesn’t have the name in the league. Some of the rookies like Ja [Morant] and Zion [Williamson], you expect it. For him, a guy who wasn’t drafted high to make an impact on a game is big for us.”

Horton-Tucker, who has yet to play in the West finals against the Denver Nuggets, has enjoyed his time in the bubble. He says he is trying to squeeze as much basketball knowledge as possible from the likes of Davis, James and his other veteran Lakers teammates. He has even figured out how to bond with his teammates who often enjoy adult beverages on off-days at the Walt Disney World Resort.

“They drink a lot of wine. I don’t drink that. But I can still be around,” Horton-Tucker said. “They can drink their wine and give me an orange juice. I just like sitting around, listening and taking anything in. It can be from basketball to video games. I’m a sponge with everybody.

“We never experienced anything like this before. This is never going to happen again. I can say I did this with LeBron and AD.”