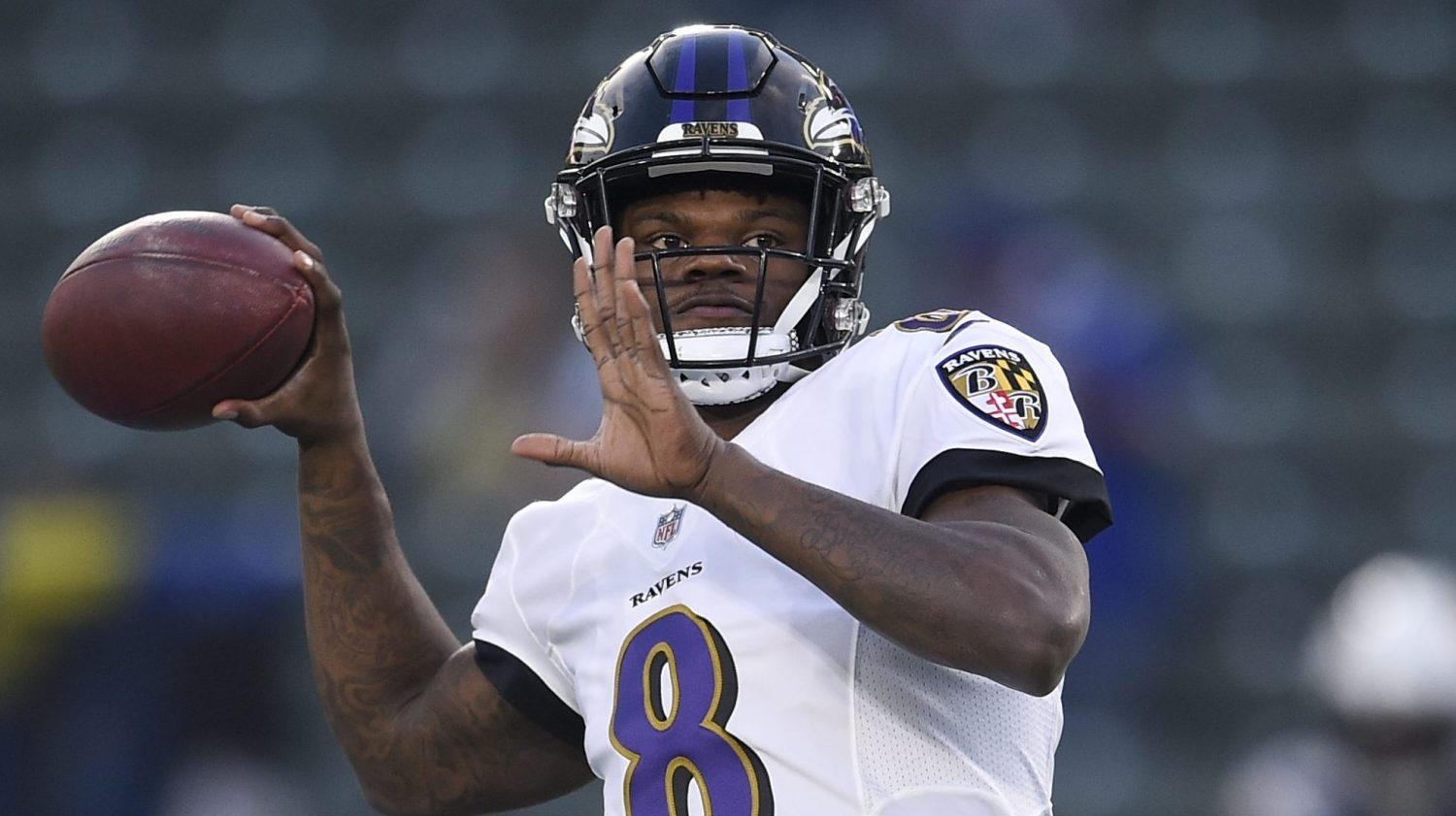 Lamar Jackson and the rise of black quarterbacks in the NFL

Lamar Jackson was 7 years old when Michael Vick introduced him to the electrifying possibilities of playing quarterback in the National Football League.

They met on the digital playing field.

“My first Madden game was 2003, but I played with Michael Vick in 2004, and he was out of control,” Jackson told reporters last spring when the Baltimore Ravens drafted him in the first round.

“Just watching him on a video game and watching him on TV and seeing what he did, what he brought to the table with his team, winning games for Atlanta, it was like, ‘Man, I want to do some of the things he did on the field.’ So I would go out there on a little league game on a Saturday and try to do the same things and emulate what he did. He has been a big influence on me.”

When the Ravens host the Los Angeles Chargers on Sunday in an AFC wild-card game, Jackson will supplant Vick as the youngest quarterback to start an NFL playoff game. Vick was 22 when he led Atlanta to a playoff win over Green Bay in 2003. Jackson is 21. (He will celebrate his 22nd birthday on Jan. 7.)

Jackson’s significance goes beyond his age. He will be one of five African-American quarterbacks to participate in the postseason — the most in NFL playoff history.

While many would like to believe the issue around African-Americans playing football’s most glamorous position is moot, Jackson encountered it during the draft process when a member of the Chargers’ coaching staff suggested that he consider switching positions.

“The coordinator’s like, ‘You want to go out for receiver?’ ” Jackson told The Undefeated on Dec. 30 after the Ravens defeated the Cleveland Browns to win the division. “That was a slap in the face. I never heard that before. But it just made me get on my A-game, work harder in practice and try to learn as much as I could.”

As unsettling as the Chargers coach’s comments may have been, Bill Polian, the Hall of Fame former general manager turned broadcaster, also said before the draft that Jackson should change to wide receiver because he was such a dynamic open-field runner. It represented an old-school way of thinking that sees pocket passing as the holy grail of football, with certain requisites of size and, for a long time, color.

There has been a mountain of heartbroken, talented would-be black quarterbacks who were “converted” to defensive backs and wide receivers. Constrained by the wrongheaded notion that brains and extraordinary athletic ability were incompatible, generations of blacks were deemed too talented, in some eyes, to play quarterback or not cerebral enough to play the position.

“That prototypical this-is-what-the-quarterback-should-look-like, it ain’t there anymore.”

Jackson has been impressive at the helm. Still, Ravens general manager Ozzie Newsome said he understood the instinct in others to make Jackson a skill-position player.

“You can sit there and see the athleticism,” Newsome said Monday afternoon during a phone interview. “I’ve been watching it in practice. You could sit there and salivate and think, ‘Wow, could we use that in other areas.’ ”

The difference in the past few years especially is that NFL coaches are beginning to craft offenses to use athletic gifts at the quarterback position.

Harbaugh made the change to Jackson as his starting quarterback after the Ravens suffered a third straight loss and slipped to 4-5. Longtime starter Joe Flacco was dealing with a hip injury. There was talk that Harbaugh might be fired during the bye week. But with Jackson in the lineup, the Ravens went 6-1.

On Dec. 30, Jackson outdueled fellow rookie quarterback Baker Mayfield and led Baltimore to its first division title since 2012. Jackson scored two touchdowns and ran for 90 yards, while Mayfield threw three touchdowns for the Browns and set an NFL rookie record for touchdowns thrown in a season.

“It was more like, ‘Play baseball,’ because of my height,” he said.

Mayfield was a two-sport star in high school, and some doubters thought he’d have a better career in baseball.

“It’s not the same as people telling you to play a different position, but it’s that little bit of doubt. That’s the similarity with Lamar and people telling him to play receiver or defensive back.”

Referring to Jackson, Mayfield added, “The guy knows how to win. He can throw the ball, he’s very talented and he knows how to lead his guys. They feed off of him, and that speaks for itself.”

Change is coming to football’s most glamorous position, not because of a spiritual awakening within the NFL but because of the ever-intensifying imperative to win games. Jackson is part of a generation of black quarterbacks being embraced, inside the industry at least, for possessing a unique skill set rather than being viewed with suspicion and even contempt.

“That prototypical this-is-what-the-quarterback-should-look-like, it ain’t there anymore,” Newsome said. “You look and see Russell Wilson is at one side and Cam Newton is on another side.”

Newsome, the architect of two Super Bowl champion Ravens teams, said the league’s evolution toward the run-pass option (RPO) offense associated with the college game is making versatile quarterbacks such as Jackson necessities, not luxury items.

“I never would have thought three years ago that the college game would affect our game,” he said. “Right now, we are playing like colleges.

“Everybody’s going to the RPOs; for the African-American quarterback, that’s his game. That game is now coming into our league.”

Aspiring quarterbacks with Jackson’s skill set are no longer routinely being forced to change positions.

Newsome, a member of the Pro Football Hall of Fame, entertained thoughts of being a quarterback when he first began playing football.

“I was a pretty good quarterback growing up, but when it came to organized football, I knew I should become a wide receiver because from everything that I was reading, all the blacks were getting their positions changed,” Newsome said.

Once Newsome became a receiver, the road to the NFL became clearer.

“Now you’ve got some heroes that you can look at; there is someone you can emulate who is black,” he said. “I think the stereotype can affect your mentality. If you grow up not seeing something and hearing something your whole life, that starts to impact you. ‘I can’t do this, I’m not good enough to do that.’ And that becomes a part of your life.”

Between the NFL and college football, aspiring young African-American quarterbacks have an abundance of role models from whom to draw inspiration.

“I just think that the landscape has changed because there’s so many of them playing and they’re playing at a high level,” Newsome said. “Year in and year out, those guys are coming out, and those guys now are coming on to our level.”

Before Jackson left to join the team celebration after the Dec. 30 win, I asked him what advice he’d offer to a younger generation of aspiring quarterbacks when they run into someone who wants to block their path.

“Chase your dreams,” he said. “It’s your dream, no one else’s. They can’t do what you do. They’re not wearing your shoes. Don’t worry about what nobody else says.

On Sunday, Jackson may make the Chargers wish that he’d become a wide receiver.