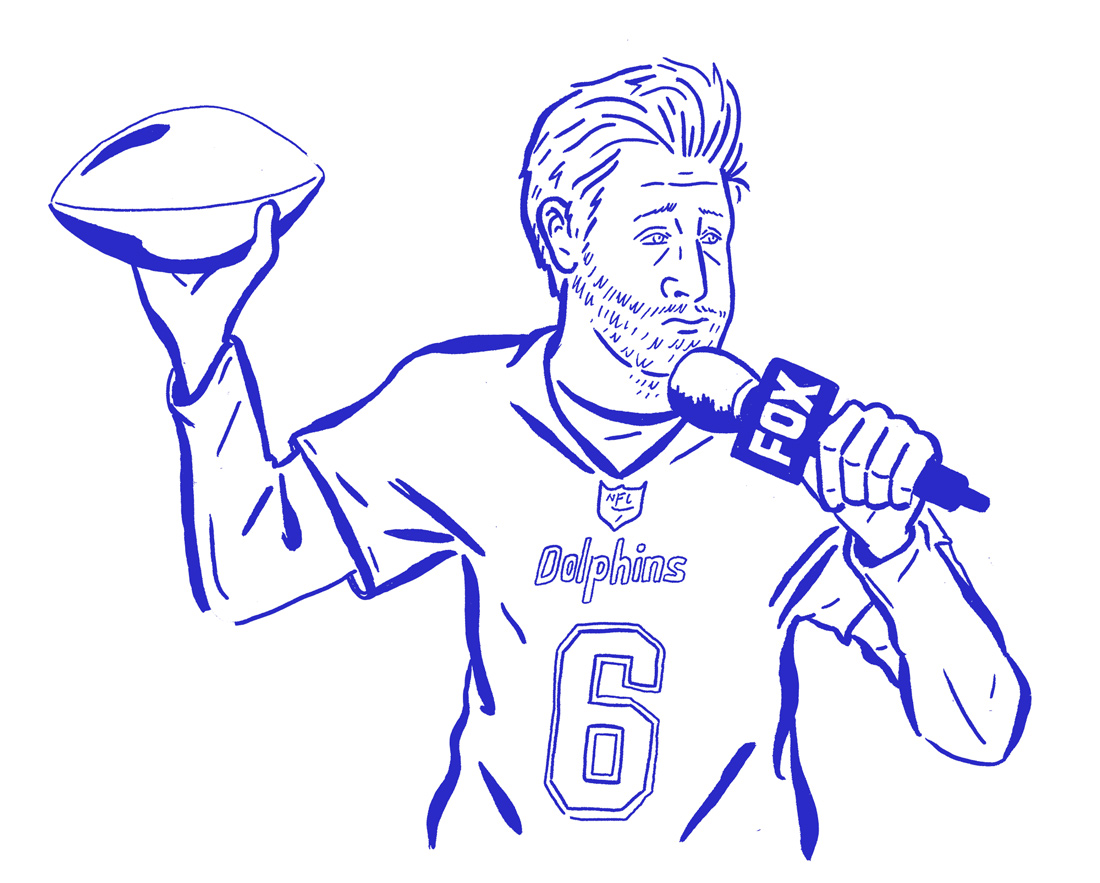 In “life comes at you fast” news, former Baylor football coach Art Briles, who once won back-to-back Big 12 titles, was hired as an assistant coach with the winless Hamilton Tiger-Cats of the Canadian Football League. Grand opening, grand closing: Briles was not hired by the Tiger-Cats. A Colorado man who said he was attacked with a knife because his haircut resembled that of a neo-Nazi actually stabbed himself. The Indianapolis Colts played themselves. President Donald Trump and his terrible, horrible, no good, very bad relationship with Russia continues to get worse. As one final middle finger to former Los Angeles Rams coach Jeff Fisher, 56-year-old Hall of Famer Eric Dickerson will sign a one-day contract with the team. Miami Dolphins quarterback Jay Cutler, really shedding that “lazy” reputation, didn’t prepare for his job as a TV analyst. The New York Jets, a little too on the nose, signed a man named “Armagedon.” Trump is upset about crowd sizes (again) and TV ratings (again). Former Arizona Sheriff Joe Arpaio, a leader of the birther movement, wants the “media to stop saying he is racist.” 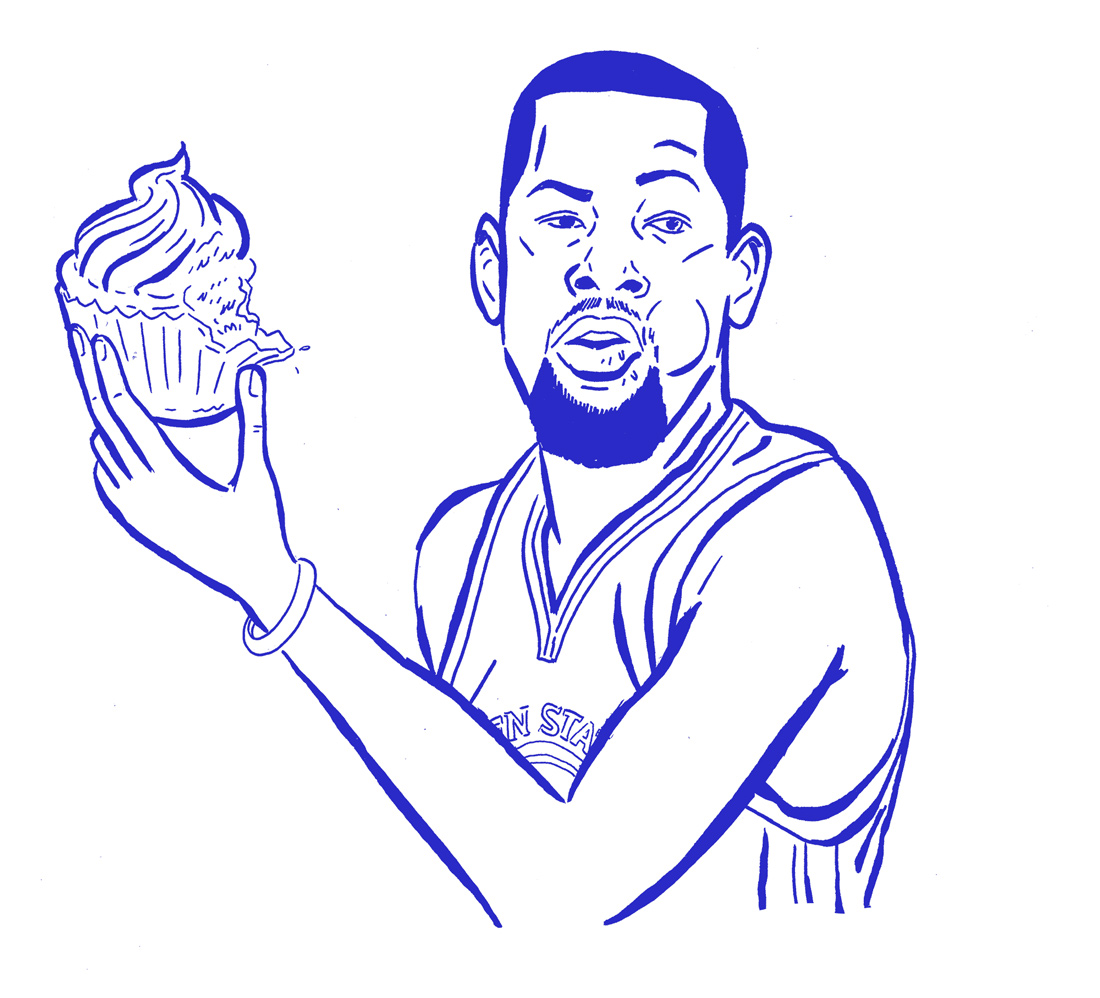 ABC News anchor Tom Llamas was out here snitching to the feds. Texas Republicans who once voted against Hurricane Sandy relief aid in 2012 will now be forced to ask for hurricane relief aid. “Heritage, not hate” has caused a boon in Confederate flag sales in Pennsylvania after a white supremacist rally in Virginia earlier this month. Trump is excited about crowd sizes (again). The head of the Energy Department’s Office of Indian Energy once called former President Barack Obama’s mother a “fourth-rate p&*n actress and w@!re.” The Kevin Durant-Russell Westbrook cupcake war is still not over. The Houston Rockets, Astros and Texans donated $9 million to hurricane relief efforts; the city of Houston gave over half a billion dollars to build each of the franchises’ respective stadiums. Supposed man of faith Joel Osteen finally allowed hurricane victims into his church. A white Georgia state representative told a black female former colleague that she would “go missing” and be met with “something a lot more definitive” than torches if Confederate monuments were removed from the state. Sixteen U.S. Postal Service workers in Atlanta were charged with distributing cocaine through the postal system. 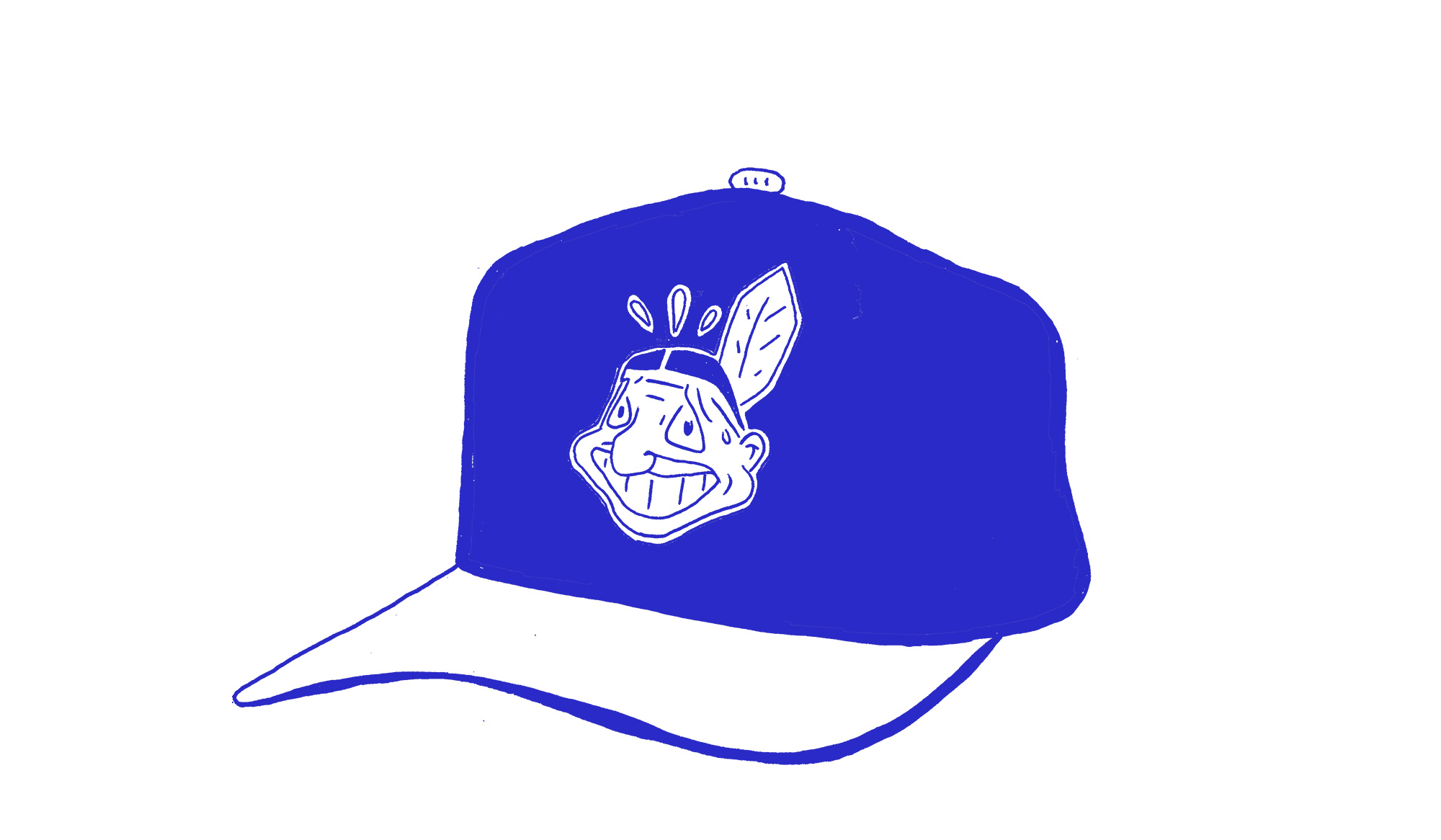 A day after Trump promised to “take care” of Houston after Hurricane Harvey, Republicans are set to cut nearly $1 billion from the disaster relief budget. The Cleveland Cavaliers and Boston Celtics finally completed their trade a week later. Gov. Greg Abbott (R-Texas), who signed one of the strongest anti-immigration bills into law earlier this year, said he will accept hurricane relief assistance from Mexico. The Jets made former quarterback Tony Romo want to remain retired. The Tiger-Cats, in the news again somehow, worked out former NFL quarterback Johnny Manziel. The Cleveland Indians and Major League Baseball still can’t figure out a way to get rid of Cleveland’s racist mascot. The American Red Cross, a charity, still doesn’t know how much of the money it raises goes directly to relief efforts. Florida, because of course, was named the state with the worst drivers in America. A New Hampshire inmate, who has a face full of tattoos and will definitely not be spotted walking around town, escaped from a halfway house. Fox Sports 1 host Shannon Sharpe said model Nicole Murphy’s derriere is “FATTER than a swamp-raised opossum.” 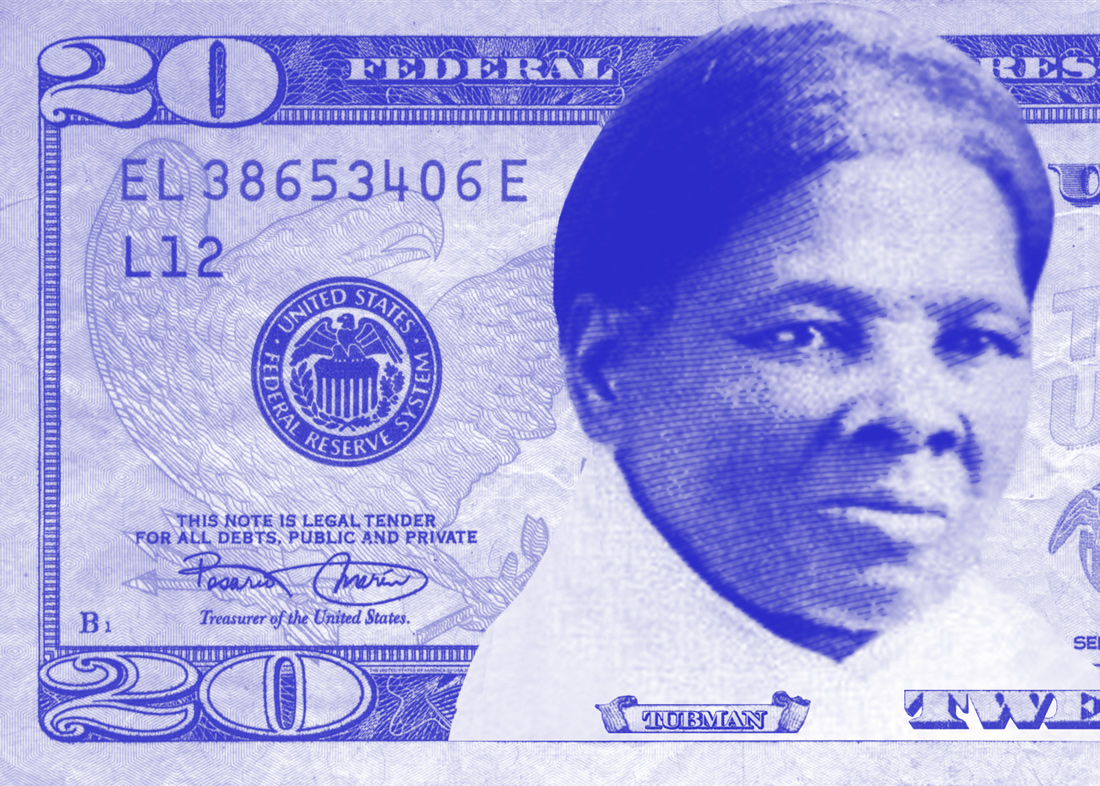 Late night TV host Jimmy Kimmel cost the Los Angeles Lakers $500,000. High school basketball phenom LaMelo Ball is already set to incur an NCAA infraction two years before he attends college. Someone gave LaVar Ball a reality series. The Trump administration, creating an issue where there wasn’t one, is considering not putting Harriett Tubman on the $20 bill. Milwaukee County Sheriff David Clarke resigned from his position; Wisconsin state Sen. Lena Taylor (D-Milwaukee) wants “to thank Sheriff Clarke for his decision to step down. After years of abuse at his hands, the people of Milwaukee can sleep soundly tonight.” Trump makes secret phone calls to recently fired chief strategist Steve Bannon when chief of staff John Kelly is not around. In “boy, that escalated quickly” news, Missouri state Rep. Warren Love (R-Osceola) responded to vandalism of a Confederate monument by calling for the culprit to be “found & hung from a tall tree with a long rope.” UConn quarterback Bryant Shirreffs had to practice taking a knee. Further proof that bottom has met rock, former New York Knicks coach Derek Fisher will appear on the next season of Dancing with the Stars. The Cleveland Browns won one fewer game during the preseason (four) than they are expected to win during the entire regular season (five). A CBS executive blamed the NFL’s sagging TV ratings on Colin Kaepernick, who played two games on CBS last season. Trump, who once offered $50 million for proof of Obama’s citizenship, pledged $1 million to hurricane relief efforts. 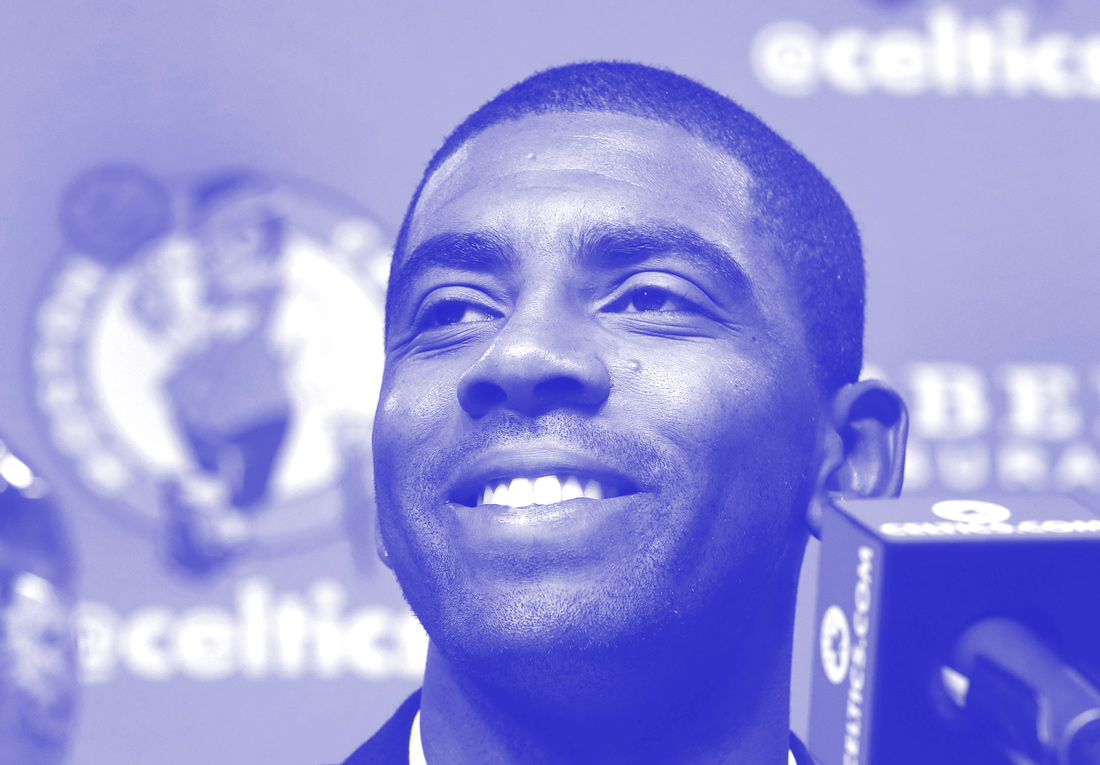 New Boston Celtics guard Kyrie Irving, almost guaranteeing a sassy passive-aggressive response from former teammate LeBron James, said he hasn’t spoken to James and that “me leaving [Cleveland] wasn’t about basketball.” A nonpartisan watchdog group filed a complaint with the Federal Election Commission and Department of Justice because musical artist Kid Rock keeps lying about running for U.S. Senate. Attorney General Jeff Sessions is still trying to send a 61-year-old woman to jail for laughing at him. Trump “liked” a tweet that he’s “not Presidential material” for misspelling “heeling” (again). In other Trump Twitter news, the president is definitely about to fire Kelly. Professional boxer Manny Pacquiao, who is absolutely not still shook, pulled out of his rematch with Australian teacher Jeff Horn for government duties; in 2014, Pacquiao was present for Congress of the Philippines for just four days.