Landmark WNBA deal a victory for women of color in leadership

Chiney Ogwumike wanted to take a selfie to capture the moment.

Moments later, Nneka Ogwumike would join WNBA commissioner Cathy Engelbert to announce news of a collective bargaining agreement (CBA) in the WNBA that will change the landscape for women in team sports. The selfie highlighted the fact that black women were the faces of change.

For an entire daily news cycle, the WNBA and its leadership were front and center for a CBA that was called “historic” and “game-changing.” Women of color were receiving credit in the workplace.

Ever since the players union opted out of the previous CBA in November, the spotlight was on the next chapter in the fight for pay equity in women’s sports, following advances made by women’s hockey and women’s soccer. After several months of negotiation, the WNBA now holds the blueprint.

“I think it’s amazing that now, this league full of women of color who have done this historic thing, that has kind of set the precedent for other team sports,” Clarendon said. “So now women’s soccer or the NWHL can look at our CBA as a standard. I think it’s really significant that we set that standard.” 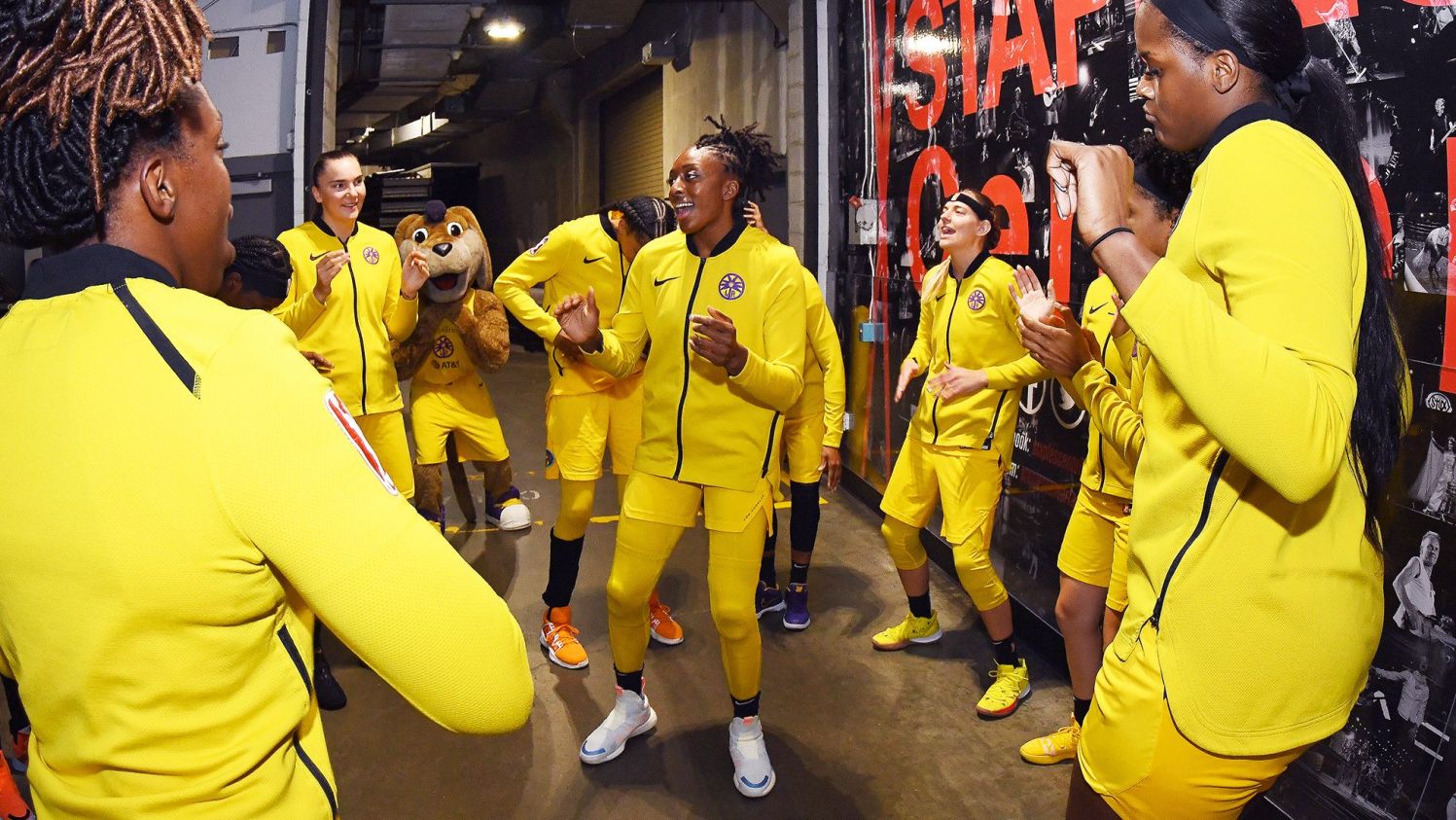 Nneka Ogwumike’s goal from the start of her tenure as president was to foster increased participation from the league’s players, something she said was lacking during the previous CBA negotiation. Alongside Jackson and the executive committee, which includes vice presidents Sue Bird and Elena Delle Donne, treasurer Carolyn Swords and secretary Elizabeth Williams, the group worked together to push the union agenda.

The executive committee resembled the league in its wide-ranging diversity, which allowed them to address every issue pertaining to any particular player. Both sides agreed that every WNBA player won on Tuesday.

“Our player leadership provided what may be the most diverse representation of players actively involved in negotiations in a very long time,” Ogwumike said. “We got to work as soon as we were elected and we really never looked back.”

Included in the eight-year CBA: Increased player compensation (where the league’s top players have the potential to earn up to $500,000), mental health resources, fully paid maternity leave, and travel and accommodation upgrades.

Many of the addressed issues stemmed from public comments made by women of color. The discussion of mental health in the WNBA has been driven by players such as Dallas Wings Center Imani Mcgee-Stafford, who has detailed her own struggles with mental illness and its stigmatization, particularly in the African American community. Las Vegas Aces center Liz Cambage also published a widely publicized essay in the Players Tribune last season detailing her own struggles with mental illness.

When Skylar Diggins-Smith took to Twitter in October to voice her frustration with the lack of support provided by the Dallas Wings, it vaulted the topic of maternity leave in the league front and center. Diggins-Smith also revealed that she had played the entire 2018 season while pregnant and took two months away from the team last season due to struggles with postpartum depression.

“Women get ‘Mommy Taxed’ so much in the corporate space and in the sports world,” Clarendon said. “We have a lot of moms of color in our league. So you add the double tax of what it already means to be a black woman, show up and get a job in the workforce … it’s like double oppression.”

Nneka Ogwumike described the inclusion of the added benefits for mothers in the CBA as a “no-brainer,” adding that both the WNBA and union hope to set a precedent for women in the workplace.

In the new agreement, mothers will have their salary fully paid while on maternity leave. Players will receive a new annual child care stipend of $5,000 and players with children will be able to live in a two-bedroom apartment during the season.

Clarendon added that the impact of having someone like Ogwumike as the face of WNBA players in negotiations could not be understated.

“Having a president like Nneka, even I think of being a dark-skinned woman like Nneka who is at the top leading the way, means a lot to me in that way,” Clarendon said. “Seeing that representation.”

Also included in the CBA was an emphasis on creating pipelines for current players looking to enter the front office or become a coach once they leave the WNBA. Jackson, who joined the players association in 2016 after four years with the NCAA, said adding diversity to the coaching ranks was a focus of hers in negotiations. The lack of black women coaching in the WNBA, and women’s basketball at large, is an area that has long needed improvement. Pokey Chatman, who was the lone black female head coach in the league, was fired by the Indiana Fever in September.

Jackson referenced Washington Mystics guard Kristi Toliver’s case as a driver of change. Toliver, who joined the Washington Wizards as an assistant coach for a second straight season, was allowed to earn only $10,000 as a coach due to previous cap restrictions for teams to spend on players to keep them from going overseas. Through what she labeled as the “coaching diversity program,” and later “the Toliver provision,” Jackson said veteran players like Toliver will no longer be in that same situation.

“You have to build pipelines to make sure that you get more women of color in the coaching ranks just like we need to start doing in the corporate space, getting women of color in leadership roles,” Clarendon said. “I think in some ways our CBA could model that and hopefully inspire in so many ways as well.”

There is still a long journey ahead for WNBA players. For example, while the salary cap of a WNBA team was raised to $1.3 million, an increase from the previous cap of $996,100, an average NBA reserve earns more than an entire WNBA roster. As Nneka Ogwumike stated, “The fight doesn’t stop here.”

Still, Tuesday’s agreement was a landmark victory for WNBA players.

“We’re pushing the boundaries for how we should be showing up for women,” Clarendon said, “and especially women of color.”