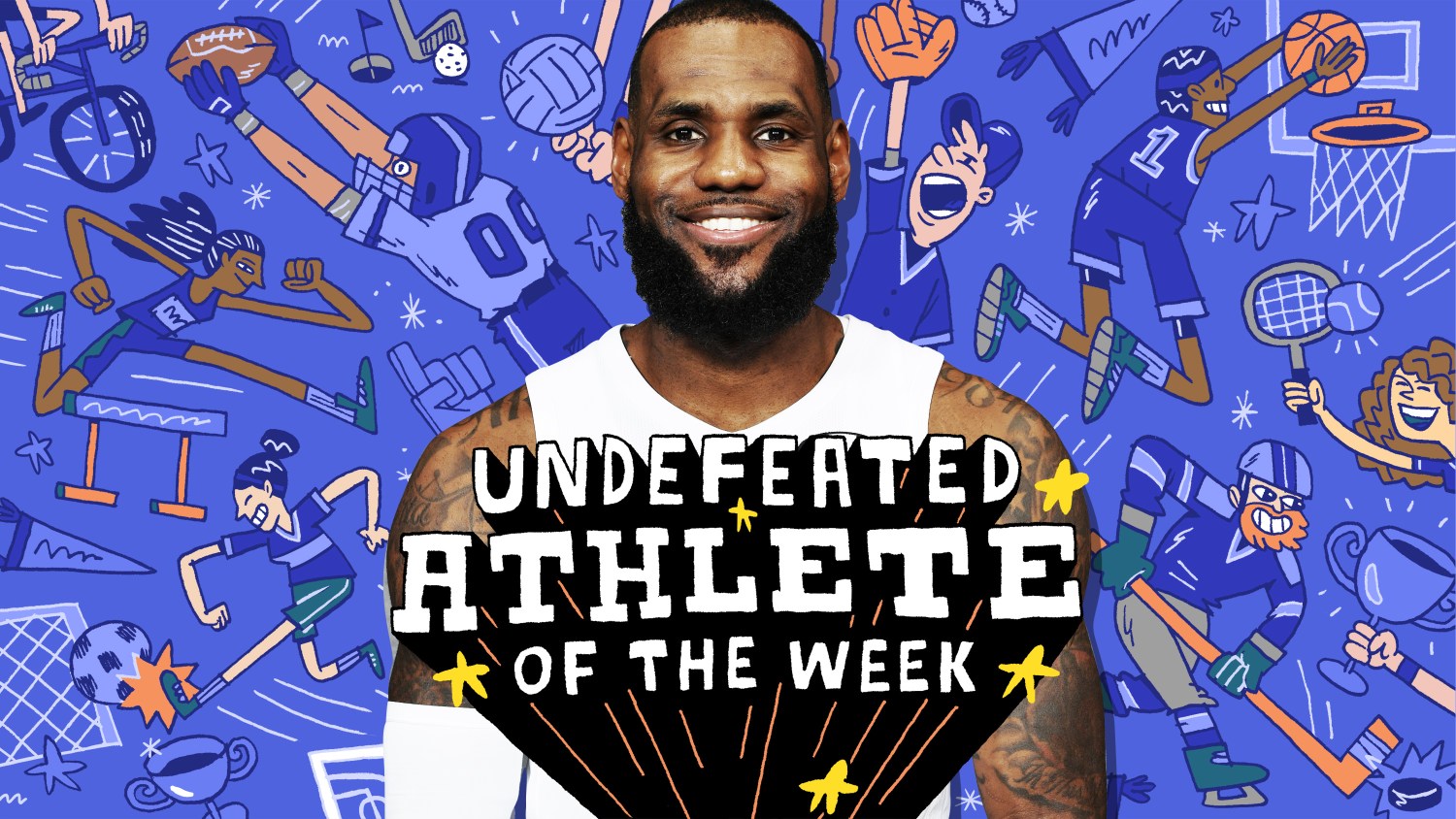 I’ve got two hoops-loving sons – ages 16 and 13 – who give me a hard time for being a LeBron James fan/supporter/apologist. They’re quick to remind me that ever since ’Bron left Miami I haven’t watched a complete Heat game. They’re all too happy to tell me that the only reason I’m down with “The Land” is because “The King” is there, and as soon as he jettisons the franchise a second time, I’ll be riding with his new team. They also tell me I am on Team LeBron because he’s passive-aggressive in his leadership, which might actually be a shot at their old man.

Whatever, I say – and guilty as charged.

My boys don’t hate LeBron as much as they loathe my insistence that he’s the MVP of the league every year and that basketball has never seen anything like him in its history. Yes, history. They hate that I’m overbearing with my opinions.

And while LeBron is the unquestioned best player in the league — and having a ridiculously insane statistical 15th NBA season — what makes him admirable and extraordinary, for me, is his willingness to speak out on social issues and causes near and dear to him.

By now you have heard the comments from Fox News personality Laura Ingraham, who reacted to a video featuring LeBron and fellow NBA star Kevin Durant in which the stars offer opinions on a variety of issues, including pride in the Black Panther movie and gun control following the Parkland, Florida, high school shooting last week.

During the Uninterrupted appearance with ESPN reporter Cari Champion, James also expressed thoughts about the president, which isn’t the first time he’s been critical of Donald Trump.

“The climate is hot,” James told Champion, as Durant listened in. “The No. 1 job in America, the appointed person is someone who doesn’t understand the people. And really don’t give a [expletive] about the people. When I was growing up, there was like three jobs that you looked for inspiration … It was the president of the United States, it was whoever was best in sports and it was the greatest musician at the time. You never thought you could be them, but you can grab inspiration from them.

“And this time, right now, with the president of the United States, it’s at a bad time. While we cannot change what comes out of that man’s mouth, we can continue to alert the people that watch us, that listen to us, as this is not the way.”

It’s this bravery and boldness to speak out, regardless of criticism, that’s most admirable about James, and why he is the Undefeated Athlete of the Week for a second time.

In response to James’ comments, Ingraham insisted that he “shut up and dribble,” suggesting the multimillionaire sports star who didn’t go to college isn’t worthy of offering opinions or thoughts on anything but sports.

“It lets me know that everything I’ve been saying is correct, for her to have that type of reaction … we will definitely not shut up and dribble. I will definitely not do that,” said James, whose foundation pledged in 2016 to provide students in his hometown of Akron, Ohio, with full scholarships to the University of Akron when they graduate from high school.

So, I tell my sons that the totality of my admiration for James, himself a father of two boys as well as a daughter, goes way beyond his ability to shoot and dribble and defend. They get it; I know they do.

Added James: “That’s why I will not just shut up and dribble, because I mean too much to my two boys here, their best friend right here, my daughter who is at home, my wife, my family and all these other kids that look up to me for inspiration and trying to find a way out, and find some leeway on how they can become as great as they can be and how those dreams can become reality.”

I love the debates with my boys. They keep me on my toes. But the LeBron James debate isn’t one the old man is willing to lose.