It would honor Hammerin’ Hank Aaron and eliminate a racist reminder

All the appreciations of Hank Aaron noted the racism he lived through in a lifetime of true grit and amazing grace.

What those admiring appraisals did not note was the racist logo he wore on his Atlanta uniform, though it is clearly visible in the photos that accompanied news of his death. There, on uniform fronts and shoulder patches, are the various logos of the Milwaukee Braves and Atlanta Braves through the many years that Aaron played for them.

The noble savage in a headdress, shown in profile. The ignoble savage, mouth open in a war cry. The red tomahawk. The single feather.

Boston’s Braves took on their team name in 1912 and carried it with them in their move to Milwaukee and then to Atlanta. It is long past time for that name to go. And the fortuity of changing the name at this moment offers the opportunity for a tribute double play:

Call them the Atlanta Hammers. 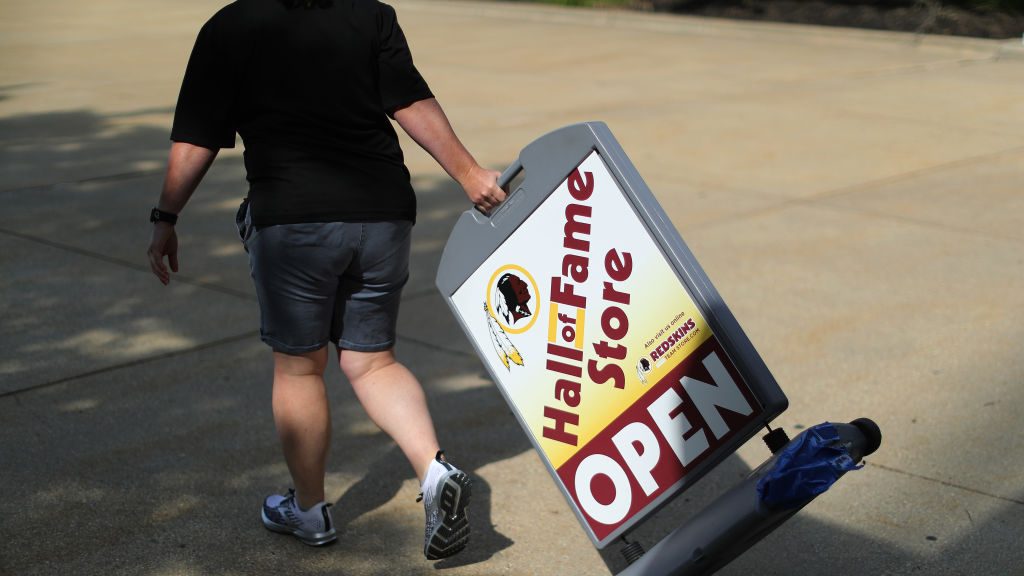 Win-wins like this are rare. The Atlanta club can honor its own and rid itself of the dishonor it has clung to for more than a century, through three great American cities — from Northeast to Midwest to Deep South.

This also offers the opportunity to remove the tomahawk (which tacitly invites Atlanta’s fans to perform their appalling tomahawk chop) from the front of the uniform — and replace it with a hammer. Not the sort of ordinary household hammer that carpenters use, but Mjolnir, the hammer of Thor in Norse mythology.

Thor wielded it as a weapon, of course, but also as a divine tool to sanctify and to heal. And the world needs nothing more than healing these days.

Aaron’s bat was itself akin to Thor’s hammer. He used it as a weapon, hammering homers out of ballparks, but also as the instrument of a sort of baseball benediction: breaking the greatest record in American sports while living with hate mail and death threats for doing his job surpassingly well. The appreciations in the papers noted that his prowess at the plate takes on a near-spiritual dimension as we look back on the dignity with which he went about his work in the face of so much hate.

The title of Aaron’s autobiography is I Had a Hammer: The Hank Aaron Story. The reference, of course, is to the folk anthem “If I Had a Hammer,” written by Pete Seeger and Lee Hays in 1949, two years after Jackie Robinson broke baseball’s color barrier and five years before Aaron would first play in Milwaukee.

And don’t think for a moment that it is too much to name a sports team for one man, no matter how great. The Cleveland Browns are named for Paul Brown, and the Buffalo Bills for William F. Cody.

Speaking of Cleveland, the baseball team there has moved away from its racist Chief Wahoo logo and is now preparing to move away from Indians as a team name, too. The Washington Football Team, for now, plays with no team name; its former one was racist in any connotation except potatoes. And “Braves,” while not racist in and of itself, becomes so in the framework of a franchise.

Teams have long tried to argue that such names are meant as an honor. Proof of the lie comes in the context of the times: When the Boston Braves adopted their name in 1912, so-called “civilization regulations” forbade Native Americans to speak their languages, practice their religions or leave their reservations. This meant real American Indians could not openly perform ceremonial dances at a time when painted-up pretend ones could prance on sidelines, mocking the religious rituals of what a dominant white culture viewed as a vanishing red one.

Atlanta’s baseball executives have given no indication they are considering a change. But the chance to make two things right with one swing is right there in front of them. It’s a hanging curveball. Hammerin’ Hank would have known what to do with a pitch like that.

If I had a hammer

I’d hammer in the morning

I’d hammer in the evening

All over this land

I’d hammer out a warning

I’d hammer out love between

My brothers and my sisters, ah-ah

All over this land.

Erik Brady is a freelance writer who retired in 2019 from USA Today as the last member of the newspaper’s founding generation in 1982.

This Story Tagged: Commentary Atlanta Braves Hank Aaron If I had a hammer