CC Sabathia can pinpoint the exact moment he realized the power an African American major league baseball player could possess. He was 9 years old and at the Boys & Girls Club in his hometown of Vallejo, California, when Oakland Athletics right-hander Dave Stewart made a surprise appearance.

That year, Stewart — a member of the Black Aces, baseball’s exclusive club of African American pitchers who have won at least 20 MLB games in a single season — was named the MVP of the 1989 World Series, in which the A’s swept the San Francisco Giants. With four 20-win seasons from 1987 to 1990, Stewart became a hero for young black kids like Sabathia. Little did Stewart know, that day he popped up at the club 30 years ago, he crossed paths with a future Black Ace.

“Meeting Dave Stewart had such a huge impact on me and the way I thought about ballplayers,” said Sabathia, who’s now pitching in relief for the New York Yankees in the American League Championship Series against the Houston Astros, marking the waning days of his 19th and final MLB season. “It kind of always stuck with me.”

That moment is what inspired Sabathia — MLB’s active leader in career wins with 251, tying him with legendary black pitcher Bob Gibson for 47th on the all-time list — to find his own way of influencing the youths.

“CC felt that once he made it, and was financially able to give back to his community, he had to,” said Amber Sabathia, his high school sweetheart and wife of more than 15 years. “Because there are so many kids that are in the same situation as him but didn’t have the access, he wanted to make sure he could help.”

CC and Amber Sabathia established the PitCCh In Foundation in 2008 — 10 years after the left-hander was selected by the Cleveland Indians with the 20th overall pick in the 1998 MLB draft. It took the Sabathias some time to figure out how exactly they wanted to give back. Eventually, trial and error helped them discover that keeping the organization in the family was key.

At first, the Sabathias simply wrote a check to renovate a baseball field in Vallejo that Sabathia grew up playing on. They soon realized they had to become more involved.

“A year later, we came back and said, ‘Let’s go check out the field. Let’s see how it looks,’ ” Amber Sabathia recalled. “We pulled up, and the field hadn’t been touched. At that moment, I said, ‘CC, we can keep writing checks or we can do this ourselves.’ ”

Amber Sabathia returned to school, attending New York University, from which she received certifications in philanthropy and nonprofit management. And by 2010, the same year Sabathia joined the Black Aces with a 21-win season for the Yankees, PitCCh In became officially incorporated as a 501(c)(3) organization, expanding to include a board of directors while receiving funding from donors and help from hundreds of volunteers. The foundation provides three signature programs: field renovations, an annual backpack giveaway and baseball clinics, all operating in both Northern California and the New York tri-state area.

“I’m always gonna give back where I grew up. That’s where my family is from, so my heart’s there,” Sabathia said. “And I’m obligated to give back where I play, too, because that’s also home. You wanna have an impact in those communities too. It started in Cleveland, doing things like turkey drives … and we continued here in the Bronx, doing field renovations. On both coasts, it’s been a lot of fun.”

To date, PitCCh In has completed three renovations: Thurmon Field and CC Sabathia Field at Patterson Park in Vallejo, and Claremont Park in the Bronx, New York, where a fourth renovation is currently in progress. The foundation has also provided more than 50,000 backpacks to students in Vallejo through a program inspired by Margie Sabathia-Lanier, who raised Sabathia as a single parent and now works as a secretary for the foundation.

“CC’s mom told us that every year, when CC was a kid, she struggled with finding the funds to get him school supplies — a new backpack, that one pair of shoes and that one new outfit,” Amber Sabathia said. “Either he didn’t get a new backpack or he didn’t get new shoes. She couldn’t do it all. She said if we could just give that relief … it would be just one less worry off of a parent. We started the program in Vallejo, and it’s grown. … Every year, we go and pass them out to the kids. It’s a beautiful thing.”

Cameron Appling, a 19-year-old Vallejo native, remembers meeting Sabathia back in ninth grade at one of the six-time MLB All-Star’s clinics in their hometown.

“Around here, he’s a legend,” Appling said. “Everybody wants to be the next CC Sabathia, you know? He’s like the president of Vallejo. … Off the field, he’s a great guy. He looks out for the kids. He takes care of us. … He’ll be there for you even though he’s all the way in New York.”

Appling has maintained a relationship with Sabathia since they first met, having worked as a hitting coach at the foundation’s Vallejo clinic for the past three years. The future Hall of Famer is always just a text away for Appling, a graduate of Sabathia’s alma mater, Vallejo High, who plays first base at Sacramento City College with the goal of transferring to a school with a Division I baseball program.

“CC motivates me,” Appling said. “He’ll shoot me a text, checking up on me, asking how’s school. … He’ll text out the blue, saying, ‘Man, you really got some game. You could really make it out.’ Just letting me know to keep my head straight, keep doing what I do, and everything will pay off. … He’s been in the game for a long time. It’s crazy he’s retiring, but that man deserves it. He made a name for himself.”

Sabathia will leave the game as a Cy Young Award winner, two-time MLB wins leader, World Series champion, one of the 15 Black Aces and one of just three African American pitchers in MLB history (along with Gibson and Fergie Jenkins) to record 3,000 strikeouts. And his life after baseball has already begun, as a husband, father of four and the president of the PitCCh In Foundation.

“To be able to represent our community and show kids in the inner city that you can be from the ’hood, still play baseball and have it be fun is amazing,” Sabathia said. “That’s why I do it. I see myself in a lot of these kids. Being retired, I’ll have time to be at more events and help out. I look forward to the foundation continuing to strive to do good things.”

Back in July, during MLB All-Star Weekend in Cleveland, Sabathia ran into Stewart. Sabathia said he sees him from time to time but had never told him the story of the first time they met, and how much that interaction meant to his life and career. But Stewart somehow knew about it. 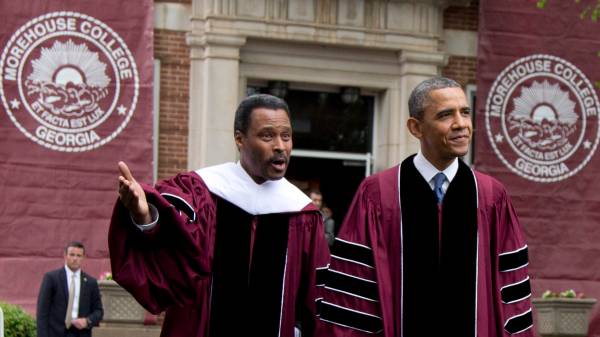 “At the All-Star Game, CC was so giddy,” Amber Sabathia said. “He was like a little kid … in his feelings all over again. He saw that African American baseball player who came to his Boys & Girls Club and let him know that, ‘You can be just like me.’ That’s what pushed him.”

That day when Sabathia and Stewart reconnected, they shared a special moment. The two aces simply told each other the same thing: