Like it or not, the Nationals knew what they were in for at the White House

For many fans of the World Series champs, the celebration ended abruptly

WASHINGTON — No matter the administration, the White House always has a certain amount of chaotic energy about it. It comes with the territory, and half the battle of any presidency is taming that energy so that any work gets done, never mind successfully. So, when the World Series champion Washington Nationals accepted an invitation to go to 1600 Pennsylvania Ave., N.W. just five days after they won the title, some people in Washington raised an eyebrow.

Being the local team might have pushed the timing, of course, but once the schedule was set, the rest of the operation moves on the president’s terms. Why does that matter? Because that’s exactly what the Nats didn’t let happen when they were playing the Houston Astros at home in Game 5, an otherwise stupendously joyous moment for Washington baseball fans, except for when President Donald Trump appeared on the big screen and you could or couldn’t hear boos.

That night, the Nationals played against the best team in baseball, and lost. Monday in Washington, with the trophy in hand, the Nationals just played themselves, alas. To borrow a phrase from tennis, it was clearly an unforced error by the franchise.

The Nationals put themselves, as an organization, in a position to become a political tool for no reason or gain. All politics aside, it was an unnecessary risk. The whole situation was particularly quizzical because the Lerners, who own the team, had reportedly gone to great lengths not to make it awkward for the president when they chose not to sit with him in Game 5. If they considered the scene where the man working in the Oval Office gets booed as potentially cringeworthy, then why agree to go to the White House at all? 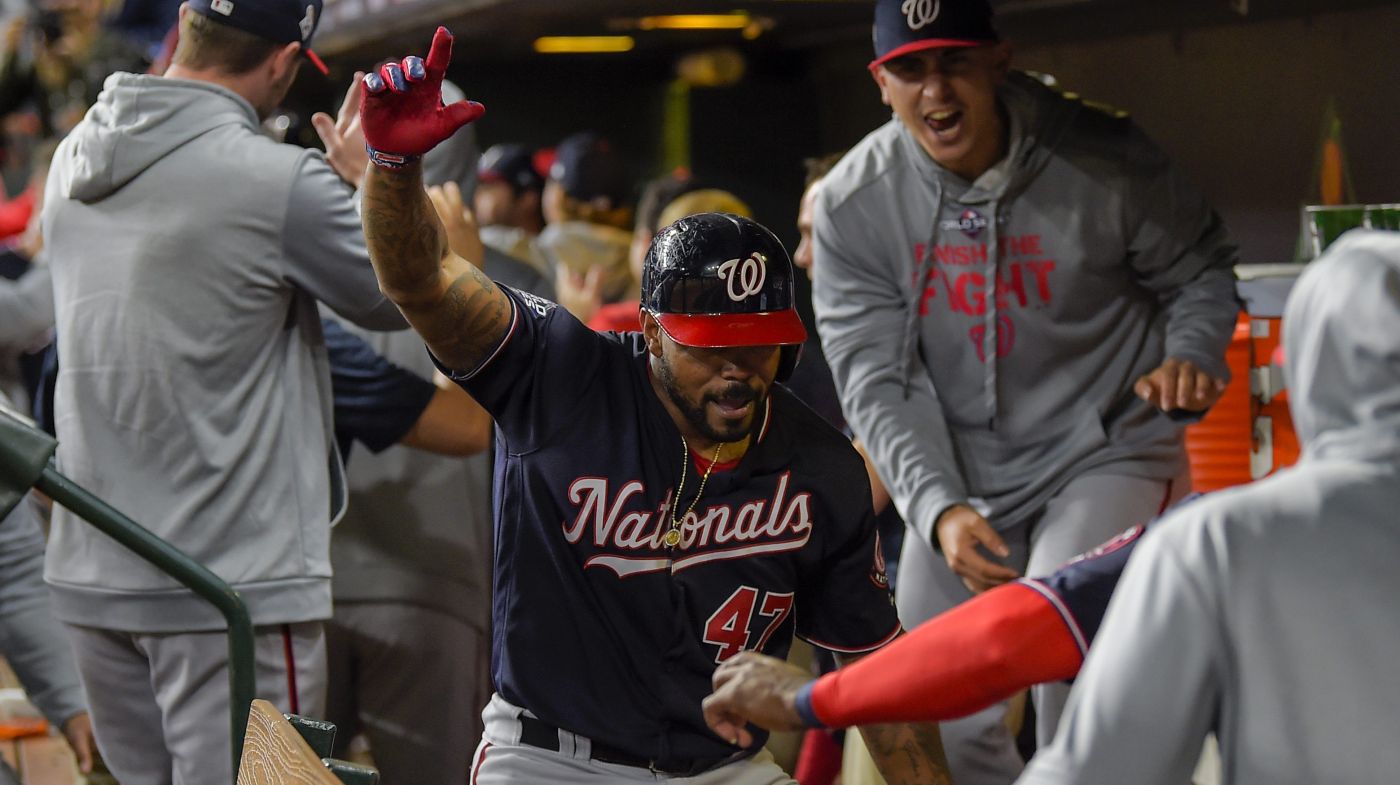 Nats, D.C. and me: Why the World Series was worth the wait Read now

It was instantly clear why so many fans were allowed to attend the White House ceremony: They’d likely all be wearing red. So, when chants of “four more years” broke out while Stephen Strasburg was speaking and U-S-A chants came when Ryan Zimmerman thanked the host for “continuing to make America the greatest country to live in the world,” the joke might have been understood in the moment, but it was actually on the Nats. Imagine a viral video down the line of a crowd of red-clad supporters on the White House lawn yelling now politicized words?

But the most shocking moment for many Nationals fans came when Kurt Suzuki stepped to the mic, donning an actual MAGA hat, an undoubtedly political statement. There’s no way around what that means, no matter how you slice it. “Make America Great Again” was quite literally a campaign slogan. Period.

After the blowback, Suzuki offered up a retort that was beyond shortsighted. “It was amazing. That was the president. Just trying to have some fun,” the Hawaii-born catcher told USA Today. “Everybody makes everything political. It was about our team winning the World Series.” I mean, if that were the case, why not just wear an actual hat of the championship team you play on and contribute to?

Nationals general manager Mike Rizzo made matters further bizarre when he downplayed the nature of the visit, saying the Nationals were on the “sports page” for the right reasons, as if they weren’t standing in the backyard of the most famous address in America. It’s the capital of the United States, people know it’s more than that.

Before they showed up, the absence of Sean Doolittle, who told The Washington Post he would not attend because of Trump, was the headline across the nation. By the time the team left, they had warped the momentum they’d accrued in the past week from many fans who were riding high after a weekend of celebration. And for what?

We’ll never know. It’s one thing to become a viral moment because of some ridiculous operational botch like when the St. Louis Blues were stuck standing on stage for five long minutes for whatever reason during their celebration. Or when the college football national champion Clemson Tigers were served a had-to-be-seen-to-be-believed, gut-busting buffet of fast food in the White House. It would have also been something different if a player had brought along an actual personal gift as a nod to the office itself, like Dexter Fowler did for President Obama when the Chicago Cubs went to Washington.

But none of that happened. The team was simply caught flat-footed by a president who wasted no time in bringing up impeachment and taking a shot at the media. Like it or not, the Nationals chose to attend that. Some fans’ disappointment in Howie Kendrick, a black American, for even showing up at all, considering how the proceedings went, was entirely reasonable. The man in office played all his usual hits, including calling manager Dave Martinez “even more famous” than him, a bit he’s pulled countless times. The franchise had to know what they were in for. The big picture from the day, a photograph of Suzuki being hugged by a sitting president in what we’ll just call a jocular manner ends up as the takeaway.

Given the diversity of the team’s fan base, again, this was clearly an unforced error.

Similarly, many years back, the team ditched its interlocking “D.C.” logo under the premise of trying to represent the Washington metro area more generally. For many in this area, however, the MLB champions made it clear on Monday that they need way less Washington and a lot more D.C. in their approach to public appearances.