Locker room talk: In the college game, blacks are dominant on the field, absent off of it

Off the field, in virtually every other sector of the industry, the black presence is minuscule

As the excitement of the classic championship game Monday between Clemson and Alabama subsides, I’m left with a vexing question: How do we escalate the desegregation of the college sports industry?

I’ve gone in and out of press boxes for more than 35 years, and the lopsided distribution of labor is never more clearly laid out than it is during the playing of the national anthem. This is the moment when the stadium is frozen. I look at the players standing at attention, so many of them African-Americans. Then I look at a packed press box, as I did on Monday, and see four, perhaps five black faces in a space that holds up to 200. This is after walking through the stadium and watching bustling stadium operations crews, event management staffs, often seeing no black faces in leadership positions.

On the field, the college sports industry has figured out how to recruit black athletes in significant numbers to fill out rosters, especially in the revenue-generating sports of football and basketball. There were points during Monday’s championship game between Alabama and Clemson when 16 to 18 of the 22 players on the field were African-Americans — or players of color. Off the field, in virtually every other sector of the industry, the black presence is minuscule.

How do we close the gap between black talent we regularly see in big-time college football and basketball and the blinding whiteness of a sprawling, multibillion-dollar college sports industry that is fueled in large part by black labor?

“Part of it is getting folks to understand that, when you have this type of black presence, there is an urgency to try to mirror leadership opportunities for people of color,” said Bernard Franklin, executive vice president and chief inclusion officer for the NCAA. Franklin oversees diversity and inclusion initiatives for member institutions and the NCAA staff.

“We have to stress the importance of the critical nature of this issue, because student-athletes of color are certainly raising the issues. They are saying, ‘If we are going to be part of this enterprise, then we need to be able to see folks who look like us in leadership roles.’ ”

Over a four-day period leading up to the Alabama-Clemson championship game, I spoke with several people about the diversity conundrum within the college sports industry and how to fix it. These were athletic directors, conference commissioners, former athletes, coaches and executives on the business side of the sprawling industry.

No one had a clear-cut answer, but several themes emerged:

Tony Elliott is completing his third season as Clemson co-offensive coordinator and his name has been mentioned as one of the next hot head coaching candidates.

For Elliott, who played for Dabo Swinney at Clemson, there is a potentially deep pool of talent among African-American players to become head coaches. There are variables, of course: Are they willing to put in the long hours? Are they willing to start at the bottom?

That of course is the million-dollar question.

The road map for being a player in the industry is straightforward. You go from middle school to high school and, hopefully college. You have the skills to play or you don’t.

The path to becoming a head coach — especially a black head coach — is murkier. Clemson’s national championship could make things clearer, but aside from hard work, Elliot isn’t sure about the formula. He’s seen position coaches get selected for head jobs and he’s seen coordinators get selected. “I don’t know what the road map is in my profession,” he said. “A lot of our industry is based on relationships and performance. Over the last few years, it looks like it has been more of a transition to the relationship aspect than necessarily performance.’’

While on the way to a national championship media event, I met Ed Stewart, the senior associate commissioner for the Big 12 conference. Like Elliott, Stewart played big-time football, for the University of Nebraska for four seasons, three as a starting linebacker. Unlike Elliot, Stewart was not interested in becoming a coach but wasn’t sure what else there was in the industry. When Stewart began his college playing career, he had no idea about the breadth of the college sports industry beyond being a player or coach. “I had no idea that this world existed and these opportunities existed,” he said. “I had no idea what it took to put on a football game on Saturday, all the planning, all the preparation.”

After his sophomore year, Stewart approached the Nebraska athletics director and asked him what he did and how he might get there. “He was gracious with his time. That really, really planted the seed that someday, when I was done playing, I wanted to do something like that.” Like so many players in elite programs, Stewart believed he had a long football career ahead and would deal with life afterward when it came. It came sooner than he thought.

Stewart had completed two years of playing professional football when he got a call from a former academic adviser at Nebraska who was headed to Michigan State. He asked Stewart to come join him as an academic adviser. “He said if I was finished playing football, he had a job for me. That’s how I got started in the industry.”

Stewart earned his master’s degree at Michigan State, then left for the University of Missouri, eventually becoming associate athletics director. He left Missouri to accept his current position with the Big 12. I wondered why more players don’t take that route, if he thought they would.

“I think it’s evolving,” he said. “When you play, we all think we’re going to play forever. That’s always an obstacle you have to deal with when you’re dealing with young people.”

Unfortunately for the athletes who want to remain in the industry, they are competing with peers whose sole focus is a career in sports after college. The enormous time demands on college athletes may not allow for the sort of necessary relationship-building, including internships. “The challenge part is to get athletes to plan for the future now,” Stewart said.

That means picking the correct majors, carving out time for internships and, perhaps most importantly, using the gravitas of high-profile head coaches to make connections.

I’ve advocated for a Rooney Rule-type regulation that compels NCAA institutions to interview black and minority candidates for positions within the athletics department. Bill Hancock, the executive director of the College Football Playoff (CFP), believes college administrators will do the right thing without being pushed. The CFP has several women on its staff and three African-Americans.

“In the college level, it’s coming up organically, which is a great thing,” Hancock said. “I know so many administrators who have that as a focus. I think we’re all doing the right thing. We just need to keep doing it. The proof of the pie will be in the pudding in the next generation.”

That next generation may already have arrived.

A day after the championship game, I met Laila Brock, the director of operations and logistics for the College Football Playoff. Brock ran track at Penn State, though it was not until her senior year that she became aware of the sprawling sports industry in which she performed. She took a Life After Sports course at Penn State. “I remember sitting in that class and thinking: I really do have to think about what’s going to happen when I’m not on the track anymore, when that’s not my focus anymore, what gives me joy and what’s my passion,” Brock said. “That’s how I really started to dive into working in sports and figuring out what I wanted to do.”

As a graduate assistant in the student academic center, Brock began to see the reach of the college sports industry. She was exposed to the different departments and began to understand how they functioned. She saw the operations staff, the compliance staff, the hundreds who worked behind the scenes to make everything happen.

“The lightbulb went off for me,” she said. “I saw there was more than just coaching. There more than just being an athlete. There are so many other things, when you really dig deeply into the business of sport. If you find your passion for it, you figure out a way to stay in sports forever.”

Brock accepted a position as academic adviser at Florida Atlantic University in 2004. When Penn State played in the Orange Bowl in 2006, she attended the game and became hooked on the event side of the industry. “And that’s when it clicked for me, again,” she said. “I was thinking, here’s another sector of the business that I hadn’t tapped into. I really loved operations. I really loved big events. I wanted to be a part of that.”

“I think a large part of why you see so few blacks is that they don’t know these positions exist,” Brock said. “They are invisible jobs but they carry weight and power.”

Brock also said athletes at some institutions may not be pushed to explore the invisible jobs within the industry. 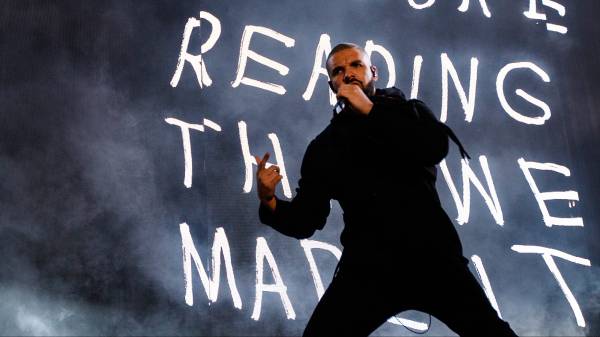 “What I think happens often is that at other institutions maybe they just push them just to work on academics just to work on sports and not really think about what’s going to happen afterwards,” she said.

Brock said one of her primary goals is to become the type of role model and beacon she did not have. There was not an African-American — male or female — she could channel. “I want to be that person,” she said. “I want to make the invisible, visible.”

Over the next decade, I’d like to see more black faces in more varied places within a sprawling industry. When our national anthem asks, “Oh, say can you see?” I’d like to be able to answer “yes.”