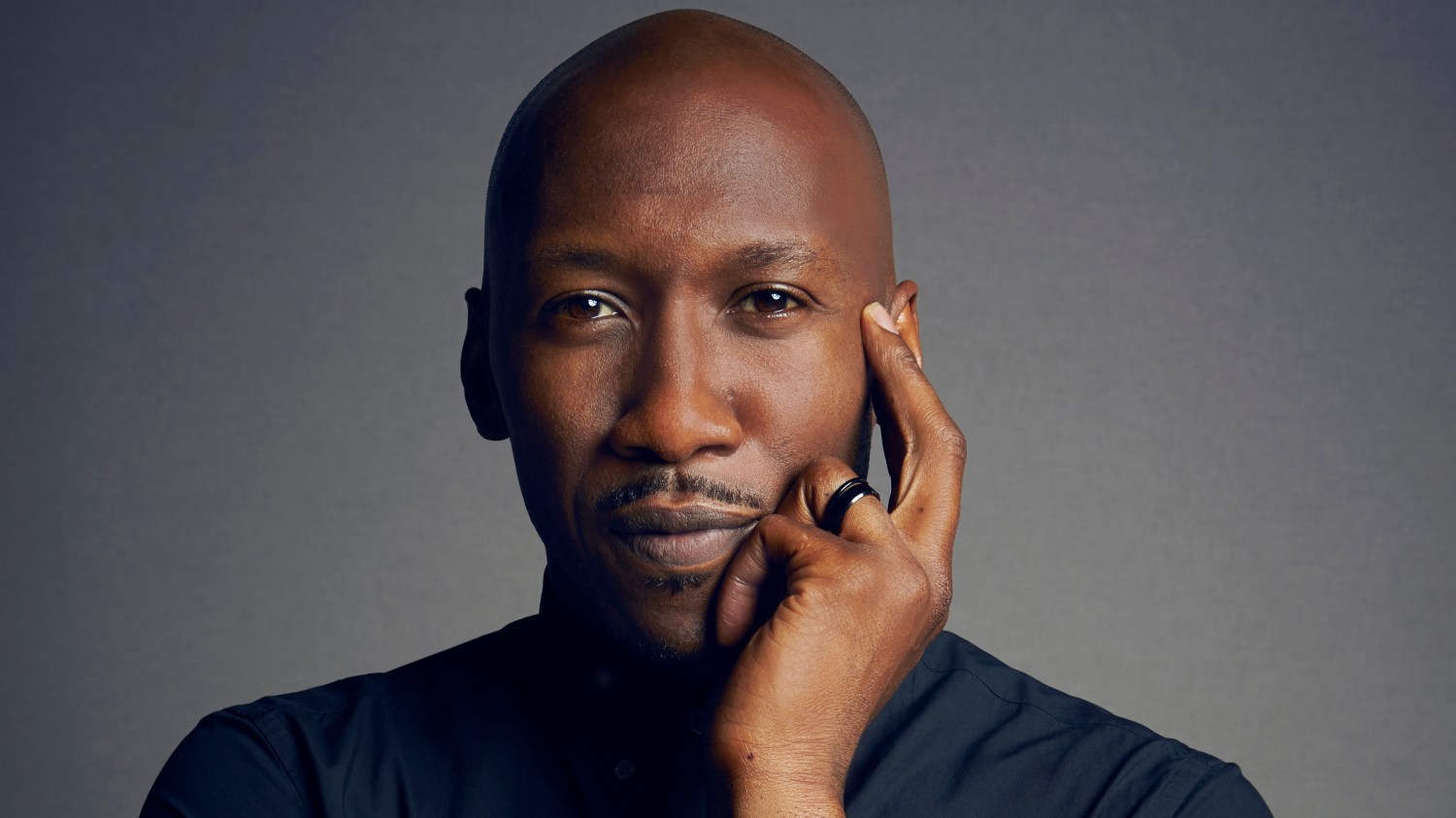 When thinking about the trajectory of actor Mahershala Ali’s career, it’s difficult not to think of Taraji P. Henson, his castmate from 2008’s The Curious Case of Benjamin Button and the recent Hidden Figures. Specifically, the line in an acceptance speech Henson gave at the 2015 Golden Globes, when she won the award for best actress in a drama series for her role as Cookie Lyon on FOX’s Empire. When her name was called, Henson grabbed up all the cookies at her table and passed them out as she made her way to the stage. She was maybe two names into her acceptance speech when she was interrupted.

“Please wrap?” Henson asked as she received a cue. “Wait a minute! I waited 20 years for this. You gon’ wait.”

Ali, like Henson, is an actor with deep roots in Hollywood, one who had been working steadily during a 23-year career, but not really enjoying a whole lot of shine. And then 2016 came, and with it, performance after performance that showcased Ali’s enviable range and depth of talent. Perhaps, next year, as awards season progresses, it’ll be Ali on a stage, telling a director concerned with keeping the telecast on schedule, that he or she is gon’ wait.

Ali, 42, made a home for himself on screens large and small this year. He wrapped up his run as the cool-running Washington lobbyist Remy Danton on House of Cards, played the wisecracking, though ultimately doomed Mississippi slave Moses in Free State of Jones, and was terrifying as the pugilistic, arms-dealing villain known as Cornell “Cottonmouth” Stokes in Luke Cage. He also found time to play the gun-toting Marlon in the indie film Kicks, about an Oakland, California, teenager who goes on a mission to reclaim his Air Jordans after they’re stolen.

There’s a luminosity about his performance that shines on everything and everyone else around him.

And then there’s Hidden Figures. Ali’s role in the film, which tells the story of three pioneering black women who worked at NASA in 1961, and whose calculations helped put John Glenn into space, is a small one. Still, he packs a punch in just a few moments on screen as the love interest of Katherine Johnson (played by Henson), scrubbed up in uniform as Lt. Col. Jim Johnson. His easy smile belies a charm and warmth absent from previous characters, and suddenly Ali’s made the case for himself as a romantic lead in the future. There’s a luminosity about his performance that shines on everything and everyone else around him.

2016 wasn’t just a great year for Ali because he’s been in a bunch of well-received projects or because he’s starting to see some appreciation for his efforts. It’s because his career is beginning to look more like one for an artist about to reach the top of his game versus a man who’s simply got bills to pay. He’ll tell you himself.

“I’ve seen a real market shift in the projects that have come my way, in the opportunities that have come my way,” Ali told me earlier this year. “Now, I feel like I’m just starting to get the parts that I always wanted. I’m like, on the cusp of that, and … it fuels my energy to keep moving forward. Hopefully this next wave will be me doing parts that I just want to do, when before it was about me making a living.”

In Ali’s breakthrough, breakout, break everything year, it’s Juan from Moonlight who stands apart from everything else.

Juan appears in one segment of Barry Jenkins’ three-part film, the first, but his presence carries throughout as the chief influence on Chiron, the main character played by Alex Hibbert, Ashton Sanders and Trevante Rhodes. It’s Juan who encounters Little (played by Hibbert) as he’s running away from bullies in Miami’s Liberty City housing projects, and Juan who extends his patience and generosity as Little develops enough trust to tell him who he is and where he lives.

We truly come to understand the extent of the relationship Juan has with Little during an interaction at Juan’s dining room table, when Little first exhibits some deeper-level awareness of his life and his surroundings. Knowing that drugs seem to be the root of his mother’s cruelty toward him, Little quietly asks Juan if he sells drugs (He does, in fact. He sells them to Little’s mom, Paula). You can see the guilt make its way through Juan’s body when he tells him. Just as significant is the nonjudgmental forthrightness with which Juan answers Little’s questions about sexuality.

“A ‘faggot’ is a word people use to make gay people feel bad,” Juan responds.

“You could be gay,” says Juan, “but you don’t got to let nobody call you no faggot.”

It’s typical for actors to use their costuming as part of building a character, sometimes to the point that costuming seems to be the chief element informing it. And yet, so many of Ali’s characters seem to emanate from deeper within him and defy their sartorial trappings, occupying a sort of dramatic double-consciousness. Juan typically rocks durags, jeans, a flashy watch and polo shirts. For Ali’s roles, costuming becomes a way to signal what a character does, not who he is. It’s not that drug dealers or thieves are incapable of tenderness — The Wire’s Omar Little showed us that years ago.

But Omar’s tenderness was fleeting, and could be quickly subsumed by a vicious, calculated hardness. Any enemy of Omar underestimated Omar’s bloodlust at his own peril. As Juan, Ali moves effortlessly from rendering compassion and good humor, to guilt, to simple matter-of-fact truth-telling and advice dispensing. For Juan, it’s the hardness, the occupational requisite of being a drug dealer, that’s very clearly a mask.

After seeing the film in its entirety for the first time at the Toronto International FIlm Festival, it was obvious just how much Ali had internalized Juan, and how much of an impact the character had made on him. Ali was moved to tears as he began to talk about the root of Juan’s compassion for Little.

“I think Juan, from the moment he connects to Chiron, I think he sees a little piece of himself,” Ali said as the cast took questions after a screening. “I think he understands that this young man is a bit of an island. Because Juan is Cuban, and he’s a very dark-skinned Cuban. And so I think that he identified with black culture and tried to assimilate in a certain way, but he’s not African-American. And the vast majority of Cubans in Miami are fair-skinned. And so you’re dealing with somebody who doesn’t fit in. His otherness, that I think he recognizes very early on, is about trying to make this — he’s at a point where he’s a grown man now and he’s passed through so many things. And I’m sure as we all do, no matter how old you are, you’re still trying to process and still fit in your body in your own way. I think he sees and recognizes very early on this young man needs help.”

“Hopefully this next wave will be me doing parts that I just want to do, when before it was about me making a living.”

Ali is a front-runner in the race for the Oscar for best supporting actor for his role as Juan. He’s nominated for a Golden Globe and a Screen Actors Guild award for best supporting actor for the role, and has already picked up a litany of plaudits from film critic circles all over the country for it, too. The long-awaited appreciation for Ali, who received his master’s degree in acting from New York University’s Tisch School of the Arts, is bittersweet.

It’s satisfying to see Ali being recognized. But that recognition also carries with it the reminder of so many actors before him, just as talented, who simply never got their due because they were relegated to flat, stereotypical supporting roles, because they were deemed too “risky” or “specific,” or, frankly, too threatening and too black, or because they were caught in a Catch-22 of not being famous enough to be cast in something that would … make them famous.

“There’s a part of the business that people just don’t see, in the whole auditioning process,” Ali told me during a sit-down this summer. “I had many years of that, booking gigs, almost booking jobs and therefore making some real allies in the business, of people who wanted to cast me in things but I just wasn’t a big enough name. What House of Cards did was gave people permission to cast me. It can be frustrating. Just to be frank with you, African-Americans don’t really get cast on potential.

“That’s why we get so many people from other industries plugged into our parts. Because they already have a certain degree of fame and access and a fan base. So, it isn’t about if they’re the best actor for that particular job. It’s that they already bring something to the table somehow.”

For all its faults, 2016 lends hope to the idea that another actor like Ali won’t have to carry the same burden. I’m reminded specifically of Brian Tyree Henry, who plays Alfred “Paper Boi” Miles on the FX hit Atlanta. Like Ali, Miles is a classically trained actor — he boasts a master’s degree from another one of America’s venerated institutions of artistic learning, Yale School of Drama. Before Peak TV, it would be easy to see how someone like Henry could go unnoticed, or get stuck playing some variation of the same character over and over thanks to casting directors and agents who didn’t know what to do with him.

With some luck, and a string of roles just as layered and engaging as Paper Boi, Henry won’t have to tell an awards show director to wait. He won’t have to, as Ali told GQ, experience the career sensation that feels like “holding in a sneeze for 16 years.”

With luck, we say, because Ali and others before him have already been there, and done that.