It’s been nearly a week since Makur Maker announced via Twitter that he was going to play basketball at Howard University. And the aftershocks in the basketball world are still being felt.

Maker, 19, is the first top basketball recruit to announce his intent to play at a historically Black college or university (HBCU) since Earl Jones played at the University of District of Columbia in 1980. And while Maker was declared draft-eligible for the 2020 NBA draft , he said he’s excited to have the chance to put on a Howard uniform.

It’s a monumental move, as blue-chip basketball players have long shunned HBCUs. Maker shared why he made his decision with The Undefeated.

It never crossed my mind that this news, which I tweeted out last Friday, would be so shocking. I was surprised that the news hit so hard. I’ve gotten nothing but love from everywhere, and I feel like the entire world is behind my decision and the support has been great.

The reason behind my decision? I dare to be different, and I always consider myself to be a leader. I want to change the current culture and climate that has kept five-star athletes like myself from viewing HBCUs as a viable choice. I have no idea why it’s been over 40 years that not even one five-star basketball player in the United States has decided to play basketball at an HBCU. But I do know that, in this Black Lives Matter movement that’s empowered and assembled many different people across the country and the world, that it won’t be another 40 years until it happens again.

My interest in Howard started during the [2017-18] high school basketball season. I already had offers from some of the top schools in the country, but my coach pulled me aside one day and said, ‘why don’t you think about Howard.’

At first, I didn’t pay it much mind because I was focused on my high school season. But when the season was over, I started to do a little research and got a chance to learn a bit about Howard’s history.

Anthony Anderson and Chadwick Boseman went there, and they’re two of my favorite actors.

Then I began to dig into Howard’s history a little more and discovered there was a strong list of academics, politicians, singers, actors, civil rights activists and persons known around the world that all came from the same school. A Black school. All incredibly talented people who showed what you could do in life if you went to Howard. That was enough information for me to plan a visit, which came during the 2019 homecoming.

The more I got closer to that October trip to Howard, the more I kept hearing I was about to have the time of my life. Somebody told me that there was no homecoming like a Howard homecoming. I understood what they were saying once I got on campus.

I’ve visited a lot of schools unofficially since I was a freshman in high school, but that weekend was the first time in my life I had ever been on the campus of an HBCU. One of the first things that went through my mind as I walked around was, ‘this feels like family.’ Black people like me for as far as you could see. Black people — students and alumni — all doing great things. Highly motivated people, successful people, and I tried to talk to as many of them as I could because I wanted to pick everybody’s brain.

The reason behind my decision? I dare to be different, and I always consider myself to be a leader. And I want to change the culture.

Yardfest lived up to everything that everybody told me it was going to be. To walk The Yard and experience the music, the food, the camaraderie and the love was incredible.

The main thing I felt being there: the collective culture. Everyone knew everyone’s name, everyone was connected, everyone had ambitions or was pursuing something in life. And that was really appealing to me.

There was a lot going on during that weekend, and I’m sure I got to experience only a fraction of everything that was happening. What I did experience, it felt like being with family.

I didn’t get a chance to meet all the famous people who came back for homecoming because my trip was more than going to Howard and having a good time. While I enjoyed the weekend, it was a business trip: I was considering playing basketball there, and I really had to get a feel of what the athletic program was all about. I wanted to be around the players and the coaches, to get a sense of what life was like at Howard for the basketball team.

‘Coach Kenny Blakeney is building something great here at Howard’ was the first thought that ran through my mind. He impressed this on me as we spoke. He was going into his first year as a head coach at Howard and I felt that he was well prepared for the job because of his background. He played for two of the best high school and college programs in DeMatha and Duke, and played for two of the greatest basketball coaches and program builders in Morgan Wootten and Mike Krzyzewski.

His time as an assistant coach at Ivy League schools, Columbia and Harvard, made me feel secure that he would care as much about my academic future as my NBA future. His experience with those coaches and universities prepared him to coach at Howard and I feel his knowledge will set the bar and change the basketball culture. There was a real connection as we spoke about basketball and about life, and I knew during that weekend that he was a coach that I could definitely play for. 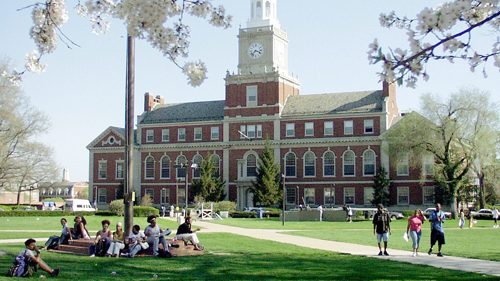 The players there, they welcomed me with open arms, all showed me love and I felt like they all would have my back. I know it’s been a struggle for the players and the program in recent years, but they were all positive and they all had a sense that with Blakeney there, they could turn things around.

A few of the responses I saw on social media after I made my announcement: Why would you go to Howard over UCLA, Memphis and Kentucky? Why would you pass up playing for schools who are on TV all the time, schools with tradition and schools that have better facilities?

Honestly, that didn’t even cross my mind when I visited Howard. I grew up in Australia, where some of the professional basketball facilities were very similar to what they have at Howard.

I figured if LaMelo Ball could go to Australia, play in facilities like that, and still be considered a top NBA prospect, why not Howard? People also sleep on the competitive nature of the MEAC [Mid-Eastern Athletic Conference]. The pace and open flow style of play of the MEAC is more similar to the NBA, in my opinion. It’s a read and react league, so it will definitely help me get ready for the NBA.

I’ve also been in nice weight rooms, and worked out at an NBA facility with my cousin [Editor’s note: Thon Maker, the Detroit Pistons forward who began his career with the Milwaukee Bucks]. I know that a nice weight room doesn’t guarantee you’ll be successful or stay in the NBA. To go far in basketball, it’s what’s inside you as an individual. My cousin Thon has that. Steph Curry didn’t go to a big school, and look where he’s at — one of the best players in basketball. Look at legends like Scottie Pippen or HBCU greats like Rick Mahorn, Ben Wallace, and Charles Oakley. They all had successful careers without attending a big school.

I just dare to be different … There’s a lot of real change happening around the world, and I want to show people that this HBCU movement is real.

I just dare to be different. When I say contribution, this is a way to change the narrative and inspire young people to consider HBCUs as an option. There’s a lot of real change happening around the world, and I want to show people that this HBCU movement is real. 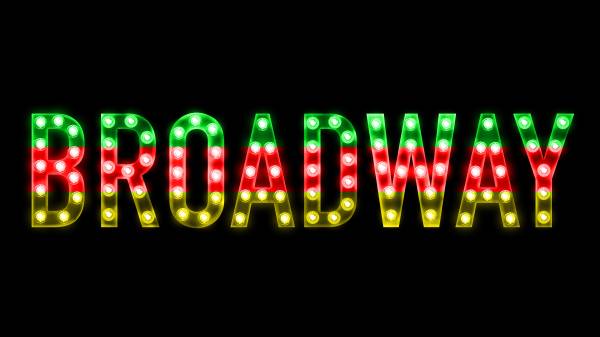 How to get more Black on Broadway Read now

It feels like everyone is watching me, checking to see how everything plays out. The only way this can be successful in the future is if I come in help make my teammates get better and dominate. If I’m able to do that, everything else will fall in line.

Who knows — maybe we can go back to a time where the best Black players consider HBCUs. An era when it wasn’t a shock to see an HBCU player drafted and have a successful professional career. One thing I do know is that I chose a university where I feel right at home. I chose a place where I will begin— and leave—a legacy.

If I can help shift the culture by going to Howard — to a point where other players either join me or follow me — “what if” becomes “who’s next.”