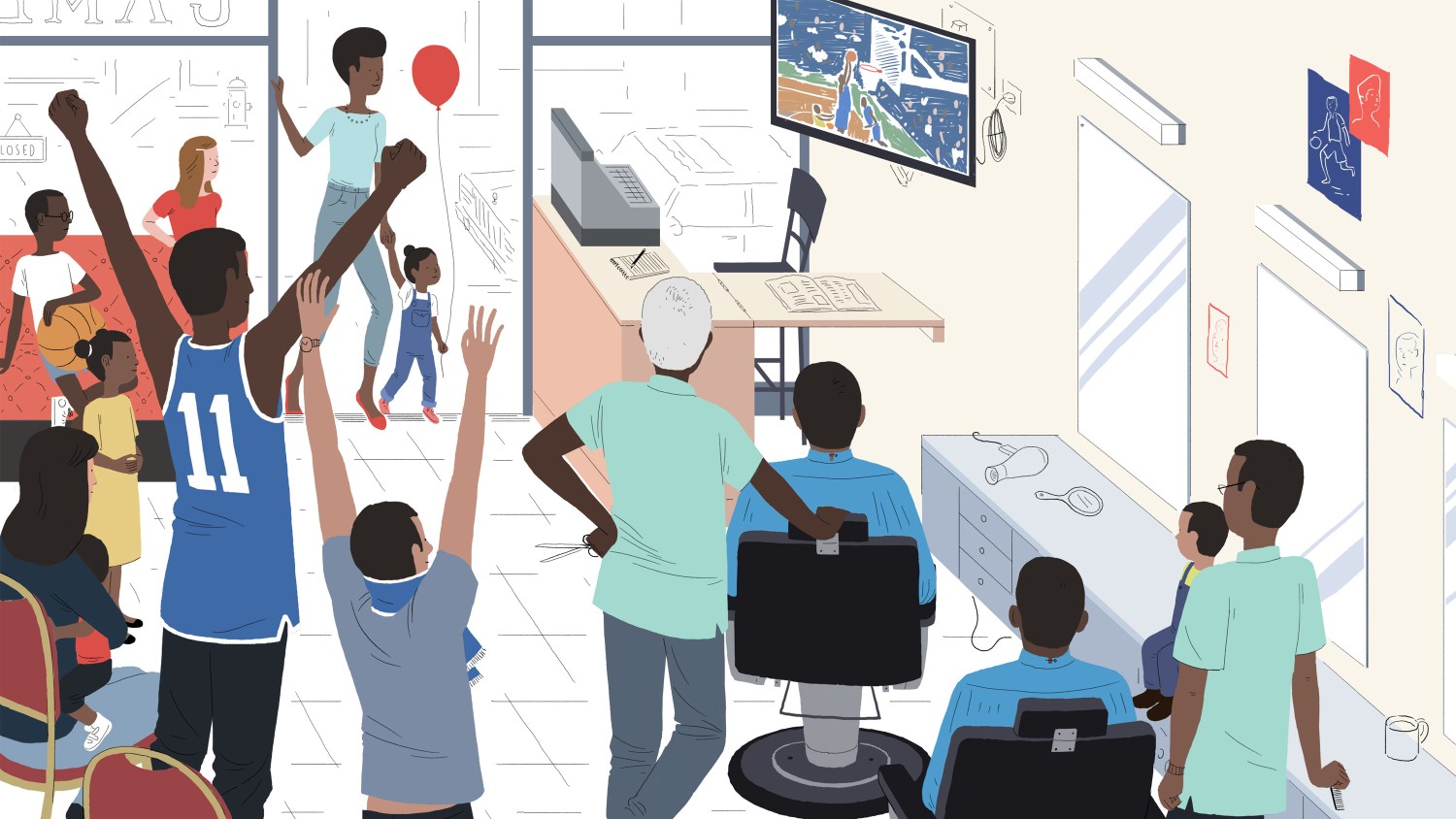 Pots & pans: March Madness this week is all about the shocking upsets

And will the UConn women make it five consecutive NCAA titles?

Ron Carter, the great jazz bassist, once told me that when he played a solo he sought to echo and amplify what his bandmates had been playing.

Now, with the men’s NCAA Division I basketball tournament set to begin Tuesday, I’m reminded that big-time college basketball, like jazz, is played in the moment, yet rooted in all that has gone before: James Naismith to Shaka Smart, set shots to flying dunks, opening tipoff to final timeout.

Years from now, the athletes who play big in this year’s tournament will continue to wear the garland of the eternally undefeated, just as Michael Jordan has since the then-freshman’s baseline jumper lifted his North Carolina Tar Heels to the NCAA championship in 1982.

In its first week, the men’s NCAA tournament features contests between perennial powers and upstarts. Usually the blue bloods come out on top. But sometimes the blue bloods learn the hard way that reputations, rankings and great expectations are not enough to win games. And, this week, it is the certainty of shocking upsets that will give workplaces from coast to coast the ambience of a sports bar.

The first-week upsets present players from second-tier basketball programs as if they were latter-day John Shaft, the black detective movie outlier, breaking through a window, guns blazing. But during the second week, blue bloods such as North Carolina, Kentucky and Kansas often emerge as strong contenders to make the Final Four. The blue bloods’ perennial dominance shows that making a breakthrough against the country’s basketball elites is hard, just as it is hard to compete with the elites in the rest of our society.

Over the weekend, the University of Connecticut (UConn) players, the current rulers of Division I women’s college basketball, will get set to defend their crown. The top-ranked Huskies have won an unprecedented four championships in a row. And they’ve just completed an undefeated regular season, which is a part of a record 107 consecutive wins. This year UConn notched up regular-season wins over other top teams, including Baylor, Maryland and Notre Dame.

Although UConn won its first women’s championship in 1995, the program really took off when Diana Taurasi led UConn to three consecutive championships, ending in 2004. During her time at Storrs, Taurasi made the early baskets that announced that she and her team intended to win, she made the critical baskets that kept surging opponents at bay, and then she made the baskets that sounded the death knell for opponents that eventually succumbed to defeat. Then she’d flash a smile that told her teammates and fans, “It’s our time, baby.”

Since Taurasi left UConn for WNBA and international stardom, Maya Moore and Breanna Stewart have assumed the mantle of UConn wonder women, helping their teams lasso still more championships. The team has won 11, another Division I NCAA women’s basketball record.

But this year was supposed to be different. This was the year UConn could be beaten, even head coach Geno Auriemma thought so. After all, the recruiting class that had just won four consecutive championships (Moriah Jefferson, Breanna Stewart and Morgan Tuck) had left for the WNBA. And the 2016-17 roster boasted no preseason All-Americans.

But no preseason All-Americans, no problem. UConn, 32-0, easily won the American Athletic Conference title. Swingman Katie Lou Samuelson, an outstanding 3-point shooter, has added sweet slashes to the basket; forward Napheesa Collier, who makes about 69 percent of her shots, dominates the paint. And Gabby Williams, a stunning athlete, has emerged as her team’s most versatile player.

At 5-feet-11, the AAC’s Defensive Player of the Year often guards much bigger players. She also leads her team in assists. Any one of them can dominate stretches of a game or an entire game. But if any one of them falters for a full game, her team, despite being bolstered by the steady guard play of Kia Nurse and Saniya Chong, could lose.

Consequently, UConn presents dominance and vulnerability, a tantalizing combination for foes and fans.

Further, as we continue to mark Women’s History Month, this year’s UConn women’s team exemplifies attributes that have made American women the foundation of our society: The UConn women have defied limited expectations. They have taken full advantage of their resources and opportunities. And, so far, they have done what had to be done.

Can anyone do it better?