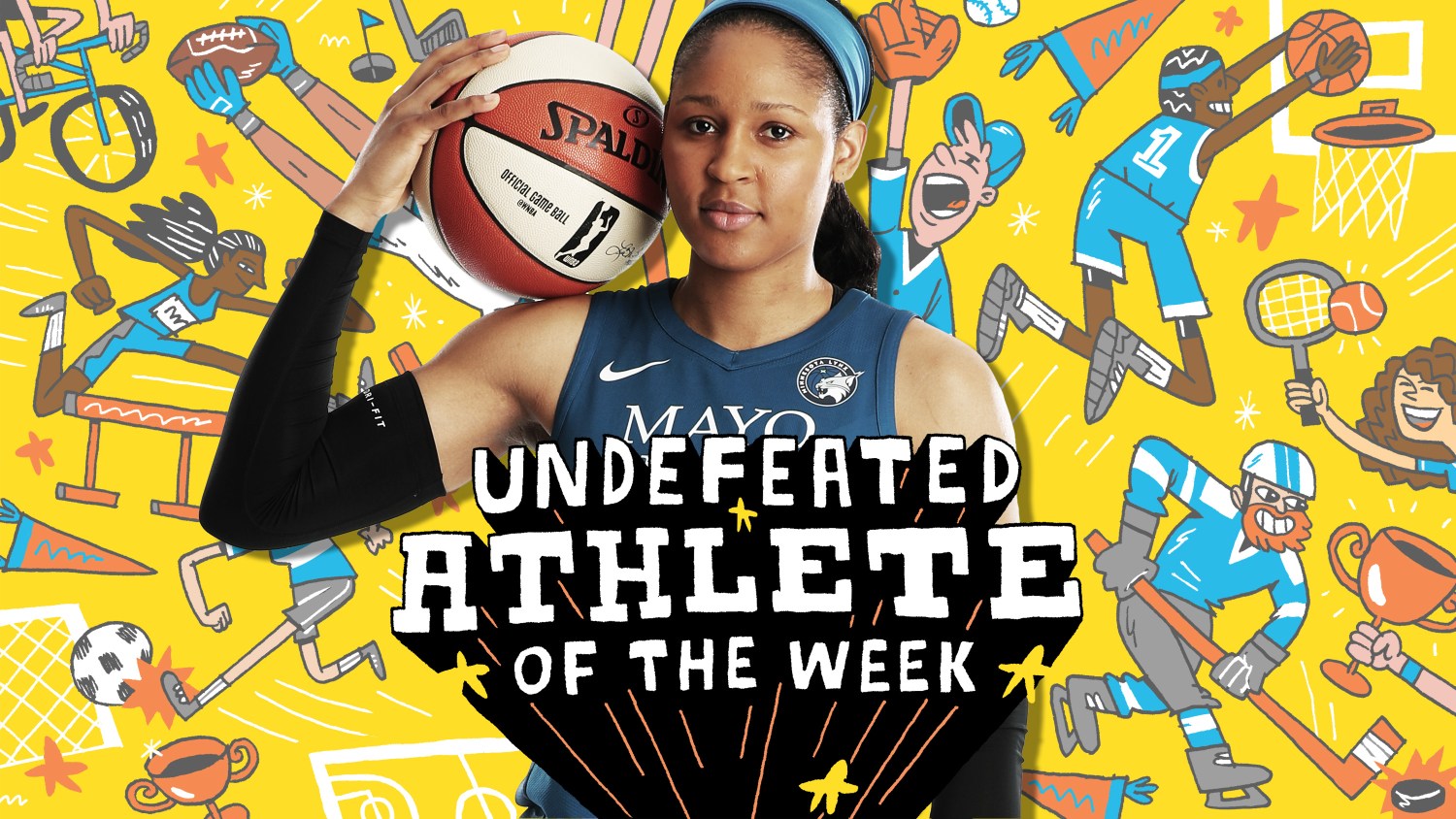 Maya Moore was drawn to 4-year-old Liliana Sikakane way before Twitter caught on to the little girl who was inspired by a billboard starring the Minnesota Lynx star forward outside of Minneapolis’ Target Center.

The billboard and poster, which showcase Moore re-enacting the famous Michael Jordan “Wings” poster from 1989, is part of an ad campaign that came spit-shined with a commercial featuring the four-time WNBA champion.

Getting Twins tickets in mid-May with her family, Liliana was drawn to the mural as the family walked past the arena and asked her father, Justice Sikakane: “Do girls get to play basketball too?”

Fighting back the feels, dad took a photo of Liliana posing in front of Moore’s billboard and purchased Lynx tickets on the spot to what would be Liliana’s first WNBA game, an epic battle between the Lynx and Los Angeles Sparks on May 20.

It was the perfect way to answer and feed Liliana’s curiosity.

“The funny thing is, actually, my godmother, Cheri Williams, saw Liliana taking the picture with her dad,” Moore told The Undefeated from the team bus as the Lynx traveled to Washington, D.C., for Thursday’s matchup with the Washington Mystics. “So, literally, I first saw or heard about it through my godmother. My goddad, Reggie, said, ‘This cute little girl was taking your picture in front of your mural. We found it on Twitter. Isn’t this precious?’ I said, ‘Oh my gosh, that’s so amazing. Just to see her, as a 4-year-old, standing in front of my mural, to be able to have access to it like that, to see it, be inspired by it, to emulate it.”

Of course, the picture Sikakane posted broke Twitter, and Nike wondered: “Why didn’t we think of that?”

Moore was moved by Liliana’s youthful exuberance because she saw herself. Growing up, Moore had the original poster featuring Jordan on her wall. Countless times, Moore replicated that same pose.

“I had MJ’s Wings poster in my room, and I just really have such vivid memories of that poster and just the power and simplicity of it,” Moore said. The MJ poster was shot in 1989 by photographer Gary Nolton with the William Blake quote “No bird soars too high if he soars with his own wings.”

“It’s hard to put into words what that image really meant to me growing up … just being inspired to play and to just be myself and enjoy the game,” said Moore, who averaged 18.3 points and 5.3 rebounds per game during the Lynx’s 2017 WNBA championship run. “Now, being the first female to recreate that image, I don’t think I really understand, probably, even the weight of what that means for not just little girls but everyone to see that image.”

Liliana’s photo caught everybody’s attention — including the Lynx, who coordinated a meet-and-greet with Liliana and Moore on May 31, 11 days after Liliana attended the team’s home opener against the Sparks to witness the team receive its championship rings and raise a fourth banner in the arena.

“It’s just such an organically inspiring story,” said Moore, who has been with Nike’s Jordan Brand since she entered the WNBA in 2011. “Just to spend time with her and to see her excitement and her recognizing that I was the person from, you know, this side of the building and I was the person from the game, and just to see her excitement and to create those memories with her. Even though she’s 4, she probably doesn’t obviously know what’s going on, but just for her to have those memories and those seeds planted in her that, what the possibilities are, so … it really made my day and it’s really one of those moments that makes me want to continue doing what I’m doing as more than a basketball player.”

Moore, this week’s Undefeated Athlete of the Week, recognizes that the gesture is bigger than a photo op for Liliana — and for other girls and boys who may never see her play or attend a Lynx game.

“Because I’m an African-American female, I think it speaks so much louder to really our country and what we’re about and what we can be as a people that if you have an opportunity to work hard and reach the top of your craft, you should be celebrated and honored and recognized,” Moore said.

Moore said that even though she has had many encounters with Jordan, she hasn’t had the opportunity to tell him what his “Wings” poster has meant to her. She’s open to a similar meet-and-greet with the GOAT to have that conversation.

“You know what? One of the best things about being on the [Jordan] Brand is being able to have that Jordan family. But one of the hardest things is not being able to see everyone as much, especially MJ, because I’m either almost playing year-round or he’s obviously busy, so the next time we are face to face, I would love to tell him that story because it really didn’t pop into my head until I was on the set filming the Wings commercial that I realized, ‘Wow, this is like me living out a childhood dream that I didn’t know I had,’ ” Moore said.

In a few years, 4-year-old Liliana will attest to that.