For Dennis Thomas, commissioner of the Mid-Eastern Athletic Conference (MEAC), one of the most difficult challenges his league faces amid the current global pandemic is fear of the unknown.

For Charles McClelland, the Southwestern Athletic Conference (SWAC) commissioner, it’s the fear of the unknown plus the financial hit on the league’s member schools that often face money woes.

HBCUs and the impact of coronavirus

“The biggest impact, obviously, was the NCAA revenue distribution being cut by more than 50%,” McClelland said. “You’re talking about several hundred thousand dollars per institution. That will significantly impact our member institutions in a negative way next fall.”

The once-stable state of college sports, a multibillion-dollar business, has seen its foundation shaken with the global spread of COVID-19. Commissioners of five leagues have asked the NCAA for concessions, which include the elimination of some sports. Iowa State University athletic director Jamie Pollard recently said the loss of the upcoming football season would lead to an “ice age” in college sports. “We’d be essentially bankrupt.”

What’s the impact of COVID-19 and the ensuing economic crash on historically black colleges and universities (HBCUs), which largely don’t enjoy high profitability? The Undefeated recently spoke with Thomas and McClelland about the current state of athletics at the two major HBCU conferences, and the future.

Jamie Pollard, the athletic director at Iowa State, questioned whether athletic programs, under the current NCAA model, could survive without football this fall. Does that problem exist for your schools?

McClelland: I think it varies per institution. Clearly our model within the Southwestern Athletic Conference is a different model than what Jamie uses in the Big 12. Their game revenue, their television revenue, the distribution they get from the conference, that’s tens of millions of dollars. If they don’t play football and their contracts are cut, a lot is impacted, from stadium building to weight room and locker room campaigns.

We have that same issue, just at a smaller scale. When you talk about our league, we’ve led the FCS in attendance 42 of the last 43 years. Our football programs make money. But they do not make enough money to be self-sufficient, so all of our programs are going to have to get some type of money either from the state or from the institution. When state tax revenue goes down, state appropriations to an institution will go down, which means that money available to fund athletic programs are going to go down. For us, that’s probably the biggest concern, because that’s where the bulk of those resources are coming from.

Thomas: Will not having football impact us? Yes. But it won’t have the kind of impact that it has on the Power 5s, simply because our income and expenditures are nowhere near their income and expenditures. When you take the revenue stream from football and the multimedia contracts, that’s a difficult situation to be in. And most of the budgets of FCS institutions are driven from student fees or other ancillary resources.

What would be very, very arduous for FCS institutions is not having a football season. Therefore, the athletic fees are refunded, and most of our athletic budgets come from student fees.

Could the loss of a football season have an impact on other sports in your league?

McClelland: I don’t think we’re in a position to know we’re going to be cutting any sports. Being at the FCS, we’ve always operated on the thinnest of margins. It’s hard to get blood from a turnip, right? We’ve been doing that year in and year out. So still, I won’t necessarily say we’re better prepared to deal with it. But I would say we’ve been dealing with limited resources and limited resources decision-making for quite some time.

Thomas: The loss of the fall semester would have a big impact. Student fees cover the total athletic program. What concerns me? Say the institution goes to online courses for the fall. So therefore students are not on campus. Therefore, the athletic budget is going to take a tremendous financial hit because it doesn’t receive those student fees and other revenue sources.

Some of your member institutions play revenue games. How much of a financial hit will there be without those games? 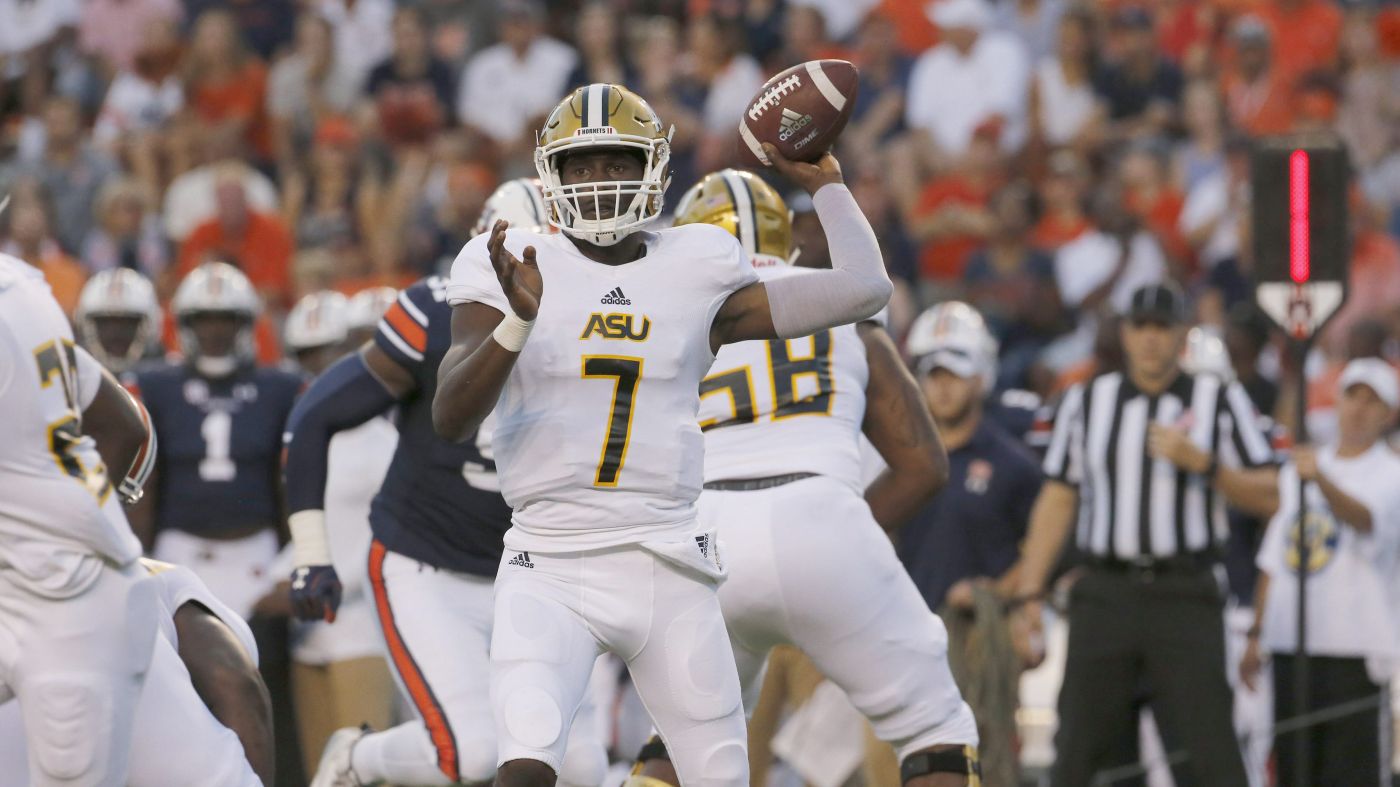 McClelland: For some schools, if you cut out your entire football season — if you don’t travel, don’t stay in hotels — there’s a significant savings. For some member institutions who play revenue games, you’re talking between $300,000 to $600,000 in-game guarantees. If you play the football season on a modified schedule and you miss those game guarantees upfront, that could be a significant hit.

So again, it really just depends on which institution. There are a lot of unknowns we’re trying to prepare for.

What are the mental challenges faced by student-athletes through all of this?

McClelland: My son plays basketball for Jackson State and they felt confident entering the [SWAC basketball tournament] having won four of their last six games going in. They’re on the bus to Birmingham, 15 miles outside of Jackson, when they get the word that they have to turn around because the tournament had been canceled.

Now they’re not going to get an opportunity to play in the championship. School is shut down. And they’re told to pack your stuff and go home. They went from one of the most exhilarating moments in their life to what do we do next. It was gone in a flash: no class, no interaction with classmates and teammates. I think that’s a significant impact on the overall health and welfare of our student-athletes.

Thomas: From campus to campus, team by team, student-athlete by student-athlete basis, because people react to different situations differently. There’s the mental aspect of it, the stress, the depression — all those things that a normal person wouldn’t think affects this process.

So it’s more an impact on schools than simply removing money from the equation. There is a mental aspect of this for student-athletes. All of a sudden, we are all sheltered in place and they have to adjust psychologically for that.

In this midst of this shutdown, how often are you in contact with the athletic directors from your schools?

McClelland: We’re doing a weekly conference call, and those will be modified depending on where we are as this thing goes on and as we get more information. We talk and we share ideas. And there is a lot of creativity going on within the membership. We want to be flexible to where each member institution can do what’s best for them.

Thomas: Daily and weekly. We have an AD meeting, a subcommittee within the AD meeting, including a forecasting committee. We’re looking at different options and strategies for what might occur in the 2020-21 school year.

If there’s a reduced schedule in the fall that might just include conference games, we have to have a strategy for that. You have other sports besides football in the fall, including women’s volleyball and cross country track. So this forecasting committee is charged with developing different strategies and options based upon the landscape. These are uncharted, unprecedented times that call for creativity to come to the forefront. It calls for not only in-depth thinking, but in-depth analysis of the impact to our student-athletes.

What do you have to get right as you return to college sports?

McClelland: We’re going to do what’s best for our student-athletes within the Southwestern Athletic Conference. We’re going to follow the advice of the health officials. We’re not going to rush, and we don’t have to rush.

Thomas: When a decision is made to return, what we need is uniformity across the board. We will start preseason practice at the same time, and that can be problematic because some states might enact certain policies that will require institutions in that state to remain shut down and go online. It’s a complicated process that we’re going to have to be very fluid with decision-making.

Some suggestions are games with no fans. If it is not healthy and prudent to have fans in the stands, why would it be healthy for student-athletes to be back on the field? Quarantining teams would be difficult, but that’s workable. But suppose there’s a false negative? And you have an athlete in contact with other people and their own teammates, and someone gets infected? Hopefully, as time goes on, the picture will become lucid. First and foremost, our oath is that no harm comes to our student-athletes. We will not put them in harm’s way.