The MEAC schedule features eight regular-season matchups set to be on ESPN, ESPNU, ESPN Classic and ESPN3. The schedule begins with the 12th annual MEAC/SWAC Challenge, featuring Bethune-Cookman University vs. Alcorn State University on Sept. 4 at 1 p.m. EST on ESPN.

The MEAC/SWAC Challenge will be played in Daytona Beach, Florida, and this year is being labeled as the “Battle by the Beach.” The Sept. 4 game will kick off a new era in the SWAC for Alcorn State football coach Fred McNair, who was hired in February. That same day at 6 p.m. ET on ESPNU, Texas Southern University will help conference rival Prairie View A&M University break in its new football stadium with the Labor Day Classic. The 2016 SWAC schedule includes 14 contests across six networks. Eight of the 10 member institutions will either be featured on ABC, ESPN, ESPNU, ESPN3, the SEC Network or NBC Sports Network.

“We are excited about the 2016 football television schedule that offers our fans many ways to stay tuned into their favorite MEAC football team,” said MEAC commissioner Dennis Thomas. “Our partnership with ESPN continues to showcase our talented student-athletes, coaches and institutions through multiple ESPN platforms and further illustrates this tremendous partnership we have built over the years with the worldwide leader in sports.”

The Saturday schedule begins with Bethune-Cookman visiting South Carolina State University on Oct. 8 and Bethune-Cookman at Norfolk State on Oct. 22. Both games will air live on ESPN3 and be replayed later on ESPNU.

The MEAC and SWAC will participate in the second annual Air Force Reserve Celebration Bowl, pitting both conference champions against each other on Dec. 17 at the Georgia Dome in Atlanta. The matchup will be televised live at noon on ABC.

ESPN is also employing a new concept with the flexible viewing window on Nov. 19, which is the last conference game date of the season. ESPN will pick a game that features teams vying for a conference title and Air Force Reserve Celebration Bowl berth. If history is any indication, this televised game will likely be North Carolina A&T State vs. North Carolina Central University. Hampton vs. Norfolk State is another strong rivalry game that occurs that day. 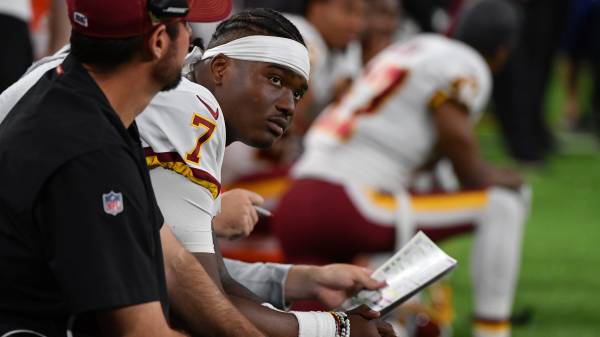 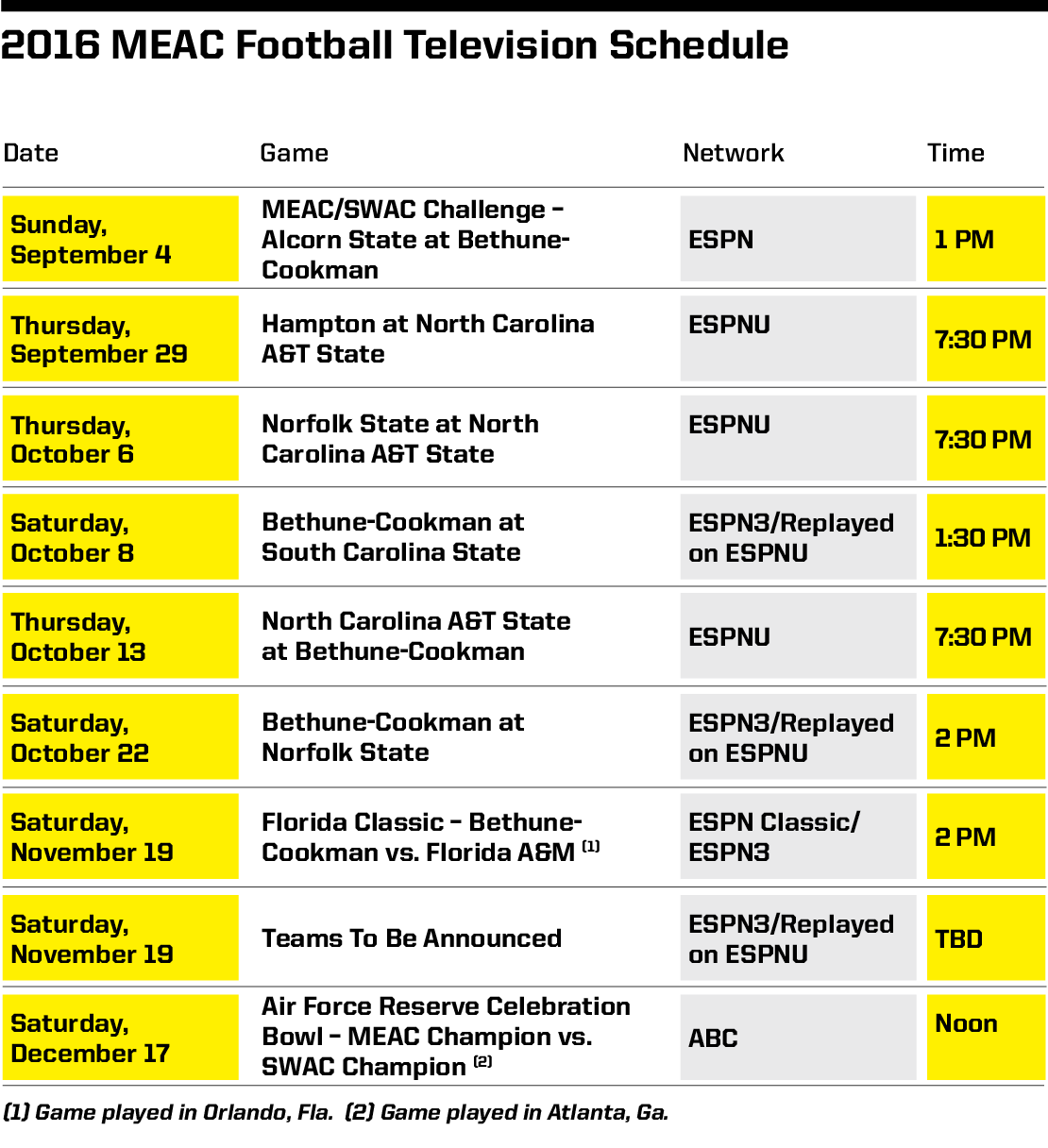 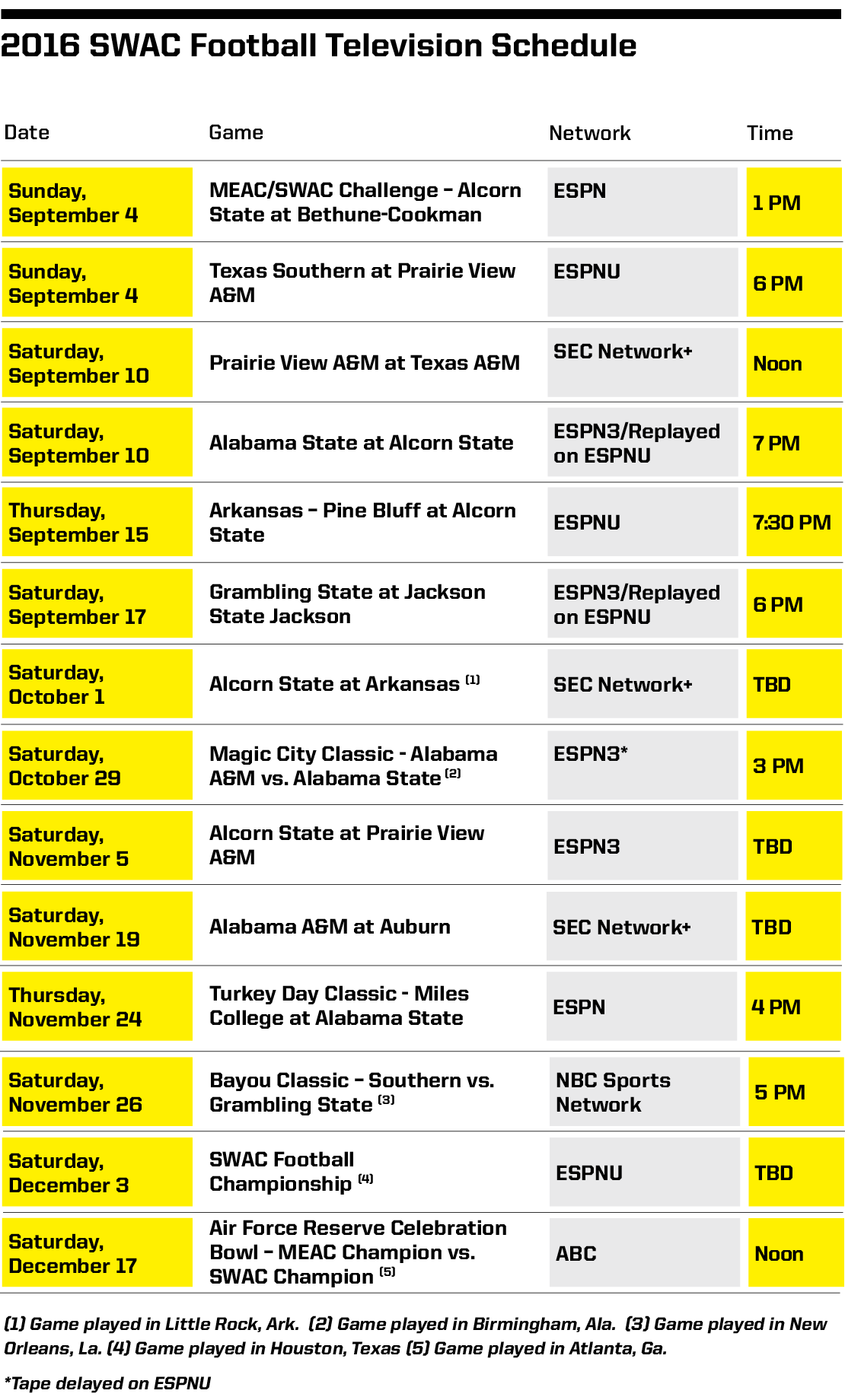