While African-born runners dominate distance racing, few American-born blacks are at the top levels of the sport

But Keflezighi, 43, won’t be starting with the elite runners who aim to finish near the top. He retired from professional racing after last year’s New York City Marathon. This time he’ll be running to raise funds for Team for Kids, a nonprofit that promotes running-based fitness programs for children. He’ll also be pacing anyone who wants to finish the race in just over three hours.

While retirement means fewer miles on his running shoes, Keflezighi is still traveling around the country for his sponsors and for appearances at running events and to promote the MEB Foundation, which focuses on youth health and fitness.

There are rumors (which Keflezighi is quick to deny) that he will come out of retirement for the 2020 Olympic trials. If he does, Keflezighi has a legitimate chance to make his fifth Olympic team. But even without him, it’s likely that several distance runners on the U.S. squad will be African-born Americans. This has raised questions of how American the team really is.

It’s not an easy question to answer, as demonstrated by Keflezighi’s own history. When he won the New York City Marathon in 2009, headlines boasted that he was the first American winner since 1982. But a CNBC journalist wrote that Keflezighi, who emigrated from Eritrea, was only technically American. The writer apologized the next day after learning that Keflezighi’s running career started in America. Keflezighi discovered he had a knack for running during a seventh-grade physical education class in San Diego. Students had to run a mile in 6:50 to earn an A; he finished in 5:20.

“It was painful,” recalled Keflezighi’s younger brother, Merhawi, 39, who is also his agent. “Meb was proud of his Eritrean heritage, but he was also proud to represent the United States.”

The Keflezighis moved to the U.S. in 1987 to escape a brutal war between Eritrea and Ethiopia that only ended this summer. Meb Keflezighi’s father had a seventh-grade education, and his mother was not formally educated. Each of their 11 children entered college, and several have graduate degrees.

Mebrahtom means “let there be light” in the Eritrean language of Tigrinya. The nickname Meb came along while he was studying business communication at UCLA. His brother said Keflezighi’s name is fitting.

“He’s brought light into so many people’s lives. He’s inspiring,” said Merhawi Keflezighi, whose name means “opener of opportunities” in Tigrinya, which seems fitting for a sports agent.

What is more American than an immigrant who moves to the U.S. for a better life, becomes a world-class success and embraces a nickname?

Tony Ruiz first met Keflezighi around 2005, the year after he had won the silver medal at the Athens Olympics. He paid more attention to Keflezighi’s speed and technique than his nationality. Ruiz coaches road racing for athletes at the Central Park Track Club, some of whom have qualified for the Olympic trials. Essentially, he coaches people who’d like to beat Keflezighi, and most of them are white.

The 57-year-old Nuyorican grew up in Brooklyn and has been running distance races since he was in the eighth grade. The cross country team he led at George Westinghouse Career and Technical Education High School was predominantly black and Latino. In 1977, they won the public high school state championship. “We had one white dude,” he said in a text. “He was our 5th man on our state championship team.”

That racial configuration and that record, on a distance team, were rare. Still are.

Just over half a million people run marathons in the United States. According to Anthony Reed, the co-founder of the National Black Marathoners Association, just 1 in 62,500 of those runners is black. This number is rising, thanks to groups such as Black Girls Run, Harlem Run and Black Men Run. Reed said most of the runners participate in road races for health and social reasons, not to become Olympic-level competitors. There are a handful of black athletes, like Ingrid Walters, Shawanna White and Alex Weems, who have run competitive marathon times. White hopes to qualify for the Olympic trials.

But one of the cool guys in the neighborhood persuaded Ruiz and his friends to go on 5-mile runs with him. By the time he was in high school, Ruiz was a strong distance runner.

Around the same time, several black Americans were making a mark on the distance running scene. Otis Sanders ran the 5,000 meters in just over 15 minutes; Herm Atkins ran a 2:11 marathon; and Marilyn Bevans ran 26.2 miles in less than three hours, the first black woman known to do so. There were no track or cross country teams for girls when Bevans was in high school and college, so she trained for that race on her own, as an adult. She would go on to run the New York City Marathon seven times.

“In the U.S., everyone knows about football and basketball. Distance running, not so much.”

The first New York City Marathon took place in 1970. The course for the famous five-borough race was designed by Ted Corbitt. He was the founding president of the New York Road Runners and a member of the New York Pioneers Club, one of the first integrated athletic clubs in the United States. Corbitt was an Olympic marathoner, and he was black.

But despite the accomplishments of Corbitt, Bevans and others, distance running has never been a magnet for elite black American athletes. Instead, the field is dominated by white Europeans, white Americans and African-born athletes like Keflezighi. There are some exceptions, of course. Japan’s Yuki Kawauchi won the 2018 Boston Marathon, becoming the first Japanese man to win the prestigious race since 1987.

Right now, America’s fastest marathoners are white. Galen Rupp, Timothy Ritchie and Scott Smith lead the men. On the women’s side, there’s Jordan Hasay, Shalane Flanagan and Sara Hall. All six have already qualified for the 2020 Olympic trials, but all of them are several minutes slower than top marathoners in the world — including Kenya’s Eliud Kipchoge and Mary Keitany. With Keflezighi gone, no one on the team has run under 2:09.

Joseph Gray, 34, is hoping to compete in the marathon trials. He is a six-time U.S. mountain national champion and three-time USA Trail Half Marathon champ and has run a 2:18 marathon. He is one of the few black Americans involved in mountain running and has been thinking about the lack of elite black American-born distance runners for a while.

“I hope my successes and media attention will inspire more African-Americans to get into distance and mountain running,” he said.

But Gray knows it will take more than one success story to attract more black folks to the sport. He said changes in media coverage, recruitment and salaries would have to be made.

“The media is focusing heavily on white athletes and not black athletes,” he said. “In mountain running, I get attention because I have a long history of winning. There are guys who win one time, they’re white, and they get all this attention, they get contracts and media attention.”

Ruiz added that most track and field meets or distance running events don’t get the same media attention that basketball and football games do. This may help explain why distance running isn’t very popular.

“In the U.S.,” said Gray, “everyone knows about football and basketball. Distance running, not so much.”

Ruiz added that as much as he loves running and coaching runners, other sports are more enjoyable to do and watch. “The discipline part of running, it can take away from the fun of the sport, whereas other sports, it’s just more fun to do it. … I have a lot more fun playing baseball than running,” Ruiz said.

The winners of the Virgin Money London Marathon will take home $55,000. Boston Marathon winners get $150,000, and New York champs receive $100,000. But even if someone is fast enough to win major races, earning a living as a professional distance runner isn’t easy.

“If you rely only on prize money to make a living and you get injured, it’s hard to eat,” said Tuliamuk, 29. She is currently injured, but she has a contract with the shoe company-sponsored Hoka NAZ Elite, so she still earns money when she’s not racing. Her contract also provides shoes, running gear and coaching. Still, Tuliamuk works as an Uber driver to make extra money.

Compared with the average salary of an NBA baller ($6.2 million) or NFL player ($2.1 million), the earning power of even the best distance runners is low. Tuliamuk said the opposite is true in her native Kenya.

“Running is a way out of poverty there,” she said. “I will see thousands of people running, but only 2 percent are likely to compete internationally.”

Athletes who excel in 5,000- and 10,000-meter races and the steeplechase, such as Michael Jordan and Marielle Hall, would likely perform well in the marathon if they chose to pursue it. But Ruiz said athletes who are good at track are often also good at basketball and football, where they are likely to earn more money and prestige as professionals. As a result, it’s not that black folks won’t run the distance, they just take other options.

Bevans, 69, still runs road races, but she spends most her of time working as a track coach and massage therapist in her native Baltimore. She never really considered running professionally at the peak of her career in the late 1970s. Women couldn’t compete in the marathon at the Olympics until 1984. By that time, Bevans had developed asthma and was no longer able to compete at an elite level. Based on qualifying standards at that time, she believes she would have made it to an Olympic trial.

Nicole Rodriguez, 48, is a private running coach based in New York City. She primarily works with talented black runners who do not yet have sponsorships or contracts. They have non-running day jobs, and they run when they can. To be elite, most runners must log around 80 to 100 miles per week and run two to three times per day. Rodriguez said elite runners also have a whole support crew: coaches, physical therapists, nutritionists, personal trainers and massage therapists, and health care. Trying to run professionally without this support can lead to injuries and ultimately hurt race performance.

But let’s take a step back. Before any scholarships or sponsorships are received, runners typically have to be recruited into the sport. Gray said that recruitment matters and that cross country teams at the high school, college and elite levels could do a better job of seeking black American-born runners.

Kenneth Taylor is the head coach of the track and field and cross country program at Albany State University, a historically black institution in Georgia. Under his leadership, the women’s cross country team has won seven Southern Intercollegiate Athletic Conference cross country championships. He said recruiting black and “American-born minorities” is a struggle.

“It’s like trying to find a needle in a haystack. You have to really want to recruit black runners, and you have to be willing to develop them,” he said. 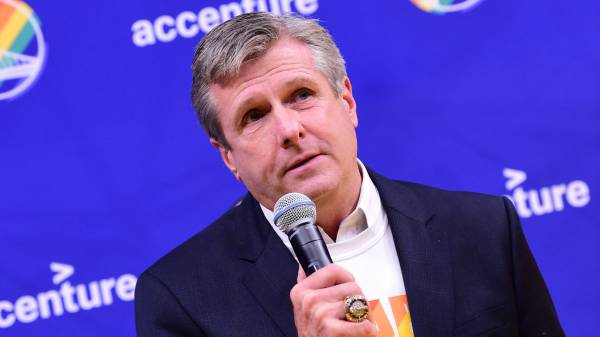 Maurice Pierce, director of track and field at Hampton University, added that both coaches and runners have to be willing to see distance as an option. He said most African-Americans come to him as sprinters or middle distance runners but can develop into distance runners if they give it a chance.

Bevans added that one of the toughest parts of getting kids to come out for the cross country team at Perry Hall High School, where she coaches, is embracing the pain and the mileage.

“You have to be able to deal with discomfort and have a high pain threshold. Some people go there, some people never will,” she said.