Pinned to the top of his Twitter page, Brad “Scar” Vaughn, a professional Mortal Kombat 11 player, sends a pertinent message to his followers: “Mental health > Everything else.”

Some might conclude that professional gamers live a dream, getting paid to play video games. But Vaughn, who most recently finished 9-12th place at the Final Kombat 2020 competition in Chicago, has dealt with depression as a gamer.

He warns against the idea that the dream comes with no costs.

“Basically, for me, gaming before the esports thing was something that I did as a hobby,” Vaughn said, “and something that I fell in love with ever since I got a Super Nintendo in ’96. But it’s different once you start doing it as a job. Like anything, it becomes too repetitive. It can kind of mess with you mentally, and I think that’s what happened to me.”

This constant grind can take a toll, and the mental health of gamers is top of the mind in May, which is Mental Health Awareness Month.

Gamers have to play games that will make them money. Sometimes they don’t like those games, and, unlike a normal job that has both gratifying and aggravating aspects, playing unenjoyable games can feel wholly unrewarding.

“Injustice 2 was a game that I didn’t like,” Vaughn said, referring to the fighting game that features characters from the DC Universe. Like the Mortal Kombat franchise, Injustice 2 was developed by NetherRealm Studios. “I felt like that’s really like my home,” Vaughn continued, referring to NetherRealm Studios, “even though it might not be a Mortal Kombat title, my peers are playing the game, so I stuck it out with the game even though I didn’t like it. And I think that took a huge toll on me as well. And my passion for grinding and playing professionally.

“Injustice 2 was the worst I’ve been in my life,” Vaughn said of playing the game, which came out in May 2017. “I was in a relationship at the time and it suffered because of that. Things went downhill.” Around this time, he lost both of his parents.

“I fell into a deep depression. My real life clashed with the gaming side. The gaming then becomes a reminder of what went wrong in your personal life, or a reminder of the bad things,” said Vaughn.

“From my experience, gamers aren’t dealing with their mental health at all. Many of them are young people who have taken on very rigorous schedules without guidance from peers who might have advice to offer because the industry is so new.” — Azeem Khan, former president of Unanimous Games

“You’re used to having gaming as a place to go to get your mind away, but when the gaming gets wrapped up in those bad things, then you become lost. … Leading into MK11 from Injustice 2, it just really messed with me. For a long period of time, I didn’t view competing the same. And I just got worn out. Even like right now, I’m trying to get that energy back to compete, but you have to find balance in life, and I feel like that’s what I’m trying to do right now. Because everything can’t revolve around a game, and if it does revolve around a game, you start falling into a deep depression because everything seems so repetitive.”

Azeem Khan, the director of growth at Aglet and former president of Unanimous Games, said, “From my experience, gamers aren’t dealing with their mental health at all. Many of them are young people who have taken on very rigorous schedules without guidance from peers who might have advice to offer because the industry is so new.

“What you see is a generation of young people who will be making the mistakes while figuring out how to navigate spending hours on end in front of a screen streaming games, while doing the best they can to entertain their audiences. Young people don’t typically have the best mental health care to begin with, so to add these extra factors puts them at a variety of risks,” said Khan.

Vaughn, once an example of this phenomenon, now finds ways to cope. “I take more time away from games because I feel like it’s important to my mental health. Because I feel if I do it too much, I’m going to fall back into a deep depression. Nowadays, I try to balance my life of being out the game and doing stuff away from the game, and then playing the game, but not doing it too long to where I get burnt out.”

Doug Gardner, a performance coach who works with esports competitors, said that “you’re starting to see that the player evolution to self-care be player-driven and continue to be player-driven.”

With esports being such a new industry, the current players are acting as guinea pigs on the dangers within the industry regarding mental health. CBS News produced a documentary, Esports: The Price of the Grind, that recounts a familiar story of professional gamers: hours of play that lead to physical impairment and burnout.

Richard Lewis, an esports journalist, said in the documentary, “a 12-, 14-hour day is not uncommon. And they do this at least six days a week, very often seven, which is why we have all these terrible issues with burnout and players getting ground up by 24.”

Indy Halpern, a professional Overwatch player, echoed Vaughn’s sentiments in the documentary, describing the mental toll of professional gaming: “Back when I used to play in middle school or in high school, there wasn’t that much stress ’cause we’re not competing that hard. But when I went to esports, it’s a whole new level of stress when you’re playing against professionals. It’s always in the back of your mind, basically, you always have the pressure on shoulders. You have to do really well so that you can win and take everything home.”

Further complicating the issue for gamers, according to Gardner, is “that a lot of these players come into the professional level not having gone through the traditional process that athletes do in traditional sports.” Baseball players, for instance, go through little league to high school ball to sometimes college and the minor leagues. Professional gamers typically come from their bedrooms directly to professional teams. They don’t go through anything “that progresses them to a process that acculturates them into professional sports,” Gardner observed. Vaughn certainly didn’t.

The highlight of competition in Vaughn’s career occurred in May 2019, when he won the Combo Breaker Mortal Kombat 11 tournament and the $9,000 prize. Nothing beats, he said, “the feeling of finishing on top.” But the stress of flying to tournaments across the globe, with the heavy pressure to win, can exhaust competitors.

“Either you win and get money, or you lose and you walk away with nothing. If you come up short, it’s a huge blow because it’s like, ‘S—, I put in all this time, all this work and then I go to this tournament and I come up short.’ You start pressing like, ‘What was it all for?’

Rodney Conyers Jr., a writer and on-air esports commentator, struck a similar chord: “Most of these players’ financial livelihoods are wrapped into how well they place, and for some that can be a hard burden to bear traveling week in and week out. Imagine playing knowing that if you place incorrectly over a series of events, you could be back at home working a job you really hate again.”

According to esportsearnings.com, 25,557 esports players competed for the more than $223 million in prize money allocated in 2019. The median earnings per player was a paltry $688 per tournament. But winning a tournament multiplies that figure. And sometimes, players can win millions of dollars in a single tournament.

Many players, Conyers said, “wrap a good amount of their self-worth into where and how they place at tournaments.”

Vaughn is fortunate — being sponsored by an esports team, in his case Endemic, allows him to go to tournaments across the globe without having to pay. These teams also help players get corporate sponsorships to supplement their incomes. And most professional gamers have Twitch streams as well to make extra money.

The esports teams, because they employ them and should care about their well-being, should offer a safe place for players. But these teams, Vaughn believes, sometimes fail their players.

“I think another important topic we have to address is teams being more connected with their players in terms of having that deep relationship where a player will feel comfortable going and speaking with their team,” Vaughn said.

“I would love to see teams take their players more seriously to see if they are OK in terms of [mental health].”

Vaughn didn’t turn to his former team, Echo Fox, or professionals to aid him in climbing out of a depressive hole, although he has had success reaching out to Endemic. One can detect a tinge of regret in his voice when he notes how he might feel turning to his team for aid. “What helped me,” he said, “is talking to close friends about how I was feeling.”

Khan notices the same problem, saying, “This is something I have not seen anyone in the industry tackle well, especially corporate teams. As with all corporations, especially in such a capitalistic society, companies are most focused on making sure they can maximize their profits, even if it’s at the detriment of their talent. It’s simply not in the corporation’s short-term self-interest to give the time of day to making sure the mental health needs of their esports athletes are taken care of, because it could encroach on already shaky profits. 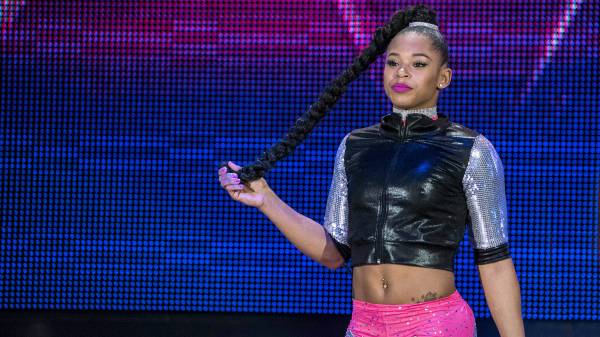 “The real problem is there are people who are more interested in using these athletes to serve their own interests and see them as expendable pieces instead of humans who deserve to be treated as such,” said Khan. “Because there’s a gold rush of sorts going on in esports right now, it’s much worse than it would be if the industry was mature. Until there are more acceptable standard practices, this will continue to occur.”

Having worked behind the scenes with esports leagues and teams, Gardner said, “As we have seen this corporate takeover of esports and the buying of franchises that it’s a business, and it’s too myopic in terms of trying to turn a profit.” And that these entities “get rid of individuals and resources that would promote player and personal development. I question whether they truly care about winning and being competitive and doing the best for their players.”