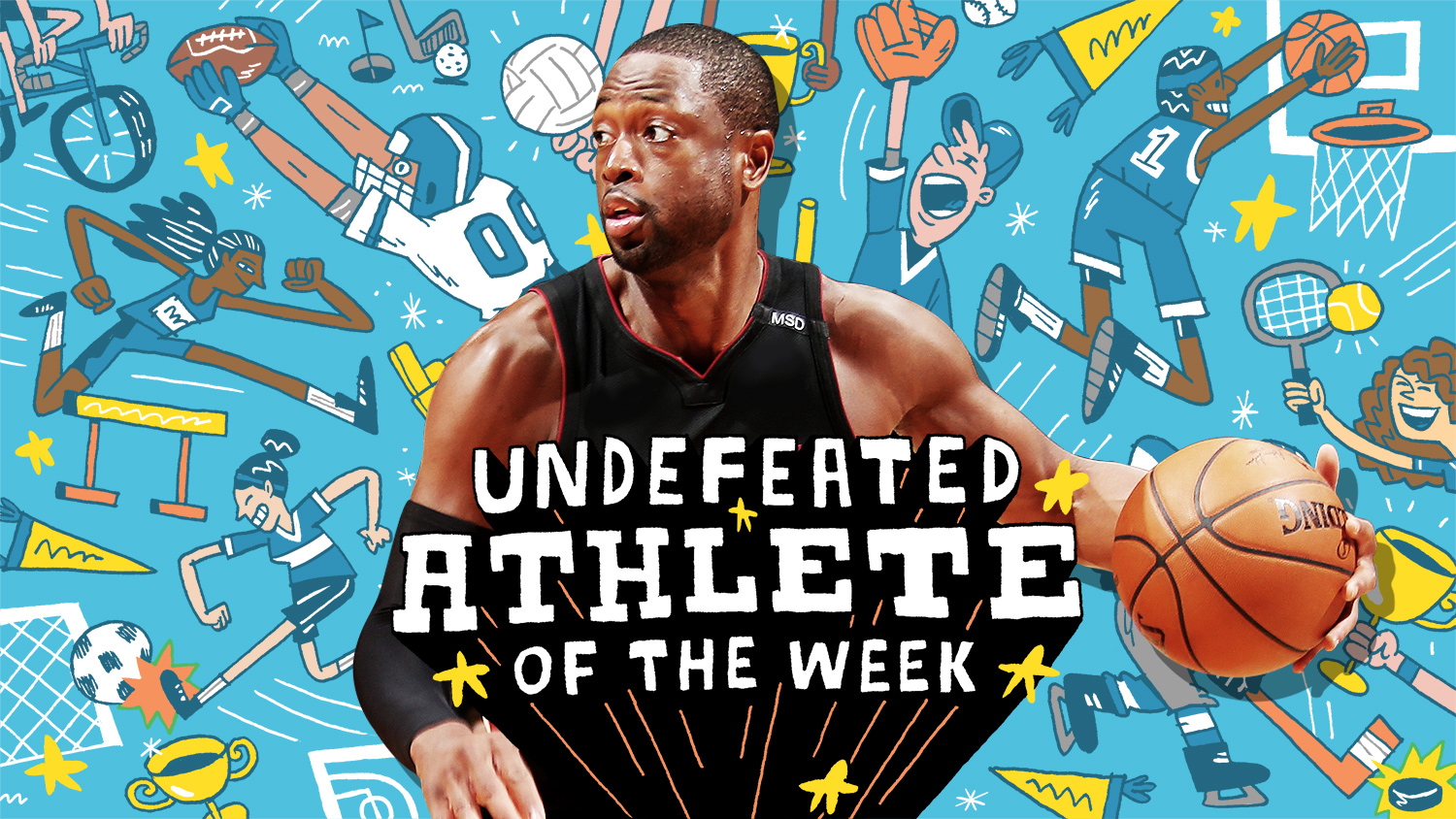 Dwyane Wade: ‘We are the voices for the people that don’t get to be heard’

When Tiger Woods signed a hat for a lucky young fan after he finished his round at the Valspar Championship last week, the little lad’s reaction gave Twitter all the feels. While the gesture may have meant a lot to Woods — and we can’t really tell from the business-as-usual look on his face — his emotions hardly mirrored the exuberance of the boy, who showed his gratitude with a euphoric, “Thank you, Tiger!” followed by a hoisting of the signed hat. It was, for Woods, another day at the office.

A signed jersey, even a sweaty headband tossed into the stands, can mean the world to an adoring fan. They’re simple gestures that speak to the impact athletes have on the people who love and follow them.

Rarely is the shoe on the other foot, where the athlete is impacted by a fan. There are a handful of examples; Washington Wizards guard John Wall’s bond with 6-year-old cancer patient Damiyah “Miyah” Telemaque-Nelson comes to mind. Their powerful friendship endured until Miyah’s bout with a rare and aggressive form of non-Hodgkin lymphoma ended on Dec. 8, 2014.

Four days later, an emotional Wall sobbed as he walked off the court after scoring 26 points in a 133-132 double-overtime Wizards win over the Celtics, a game he dedicated to his friend.

“This game was really meant for her,” Wall told The Washington Post. “I just went into a mode where I didn’t want to lose this game.”

Dwyane Wade can identify, on some level, with the bond that Wall and Miyah shared, although he never got a chance to meet his admirer, and never will.

Joaquin Oliver was one of the 17 victims lost in the Feb. 14 Parkland, Florida, mass shooting. He was a D-Wade fan who, his father revealed, was elated when he learned that the 12-time NBA All-Star would be returning to the Miami Heat after playing with the Cleveland Cavaliers earlier this season.

When Wade learned from Univision talk show Al Punto that Oliver was buried Feb. 17 in Wade’s No. 3 jersey, he was emotional, saying: “You really can’t put that in words. You hurt for the family. If you ever get the opportunity to speak to them, you just try to hope the time where he was alive that you were able to bring some type of joy to his life and something memorable. A story that his family and you guys can talk about.”

Wade could have left it there, and nobody would have faulted him. But the three-time NBA champion, known for his clutch play, felt the need to do more to honor Oliver and all the lives lost (plus the 17 others injured) at Marjory Stoneman Douglas High School.

“It’s way BIGGER than basketball,” Wade tweeted on Feb. 26. “We are the voices for the people that don’t get to be heard. Joaquin Oliver may you Rest In Peace and i dedicate my return and the rest of this Miami Heat season to you.”

On March 6, for his first game at AmericanAirlines Arena in Miami since returning to the team, the 2006 NBA Finals MVP dedicated the game against the Philadelphia 76ers to the victims and families, wearing shoes with Oliver’s name on them. And, in true D-Wade form, he scored 27 points, including the game-winning shot.

“For me, it is just giving whatever I can to the people who believe in me,” Wade told reporters after that game. “Especially the people who were happy about me coming back here and the people who embrace me the way that I could only dream of. I am just paying some due respect to him and his family.”

The following day, Wade dedicated a special art exhibit called “Parkland 17” during Art Walk, attended by students and parents from Parkland, and paid a special visit to the school on the first full day back for students since the tragedy.

And on Monday, Wade, a Chicago native, and his wife, Gabrielle Union, donated $200,000 to the “March for Our Lives” fundraiser on behalf of Chicago. Led by the students who survived the Parkland shooting, the March for Our Lives will take place in Washington, D.C., on March 24, with smaller rallies taking place in other cities across the country, including Chicago.

For not only his willingness to be a source of comfort but also for his boldness to speak out on gun violence and for being a catalyst for change, Wade is this week’s Undefeated Athlete of the Week.

“It’s emotional even thinking about that, that [Oliver’s] parents felt that burying him in my jersey is something that he wanted,” said Wade, who challenged his fellow players to join the March for Our Lives cause. “I take a lot of pride in what I’ve done in this state and what I’ve meant for the youth, so I appreciate that.”

A gesture that surely goes both ways.