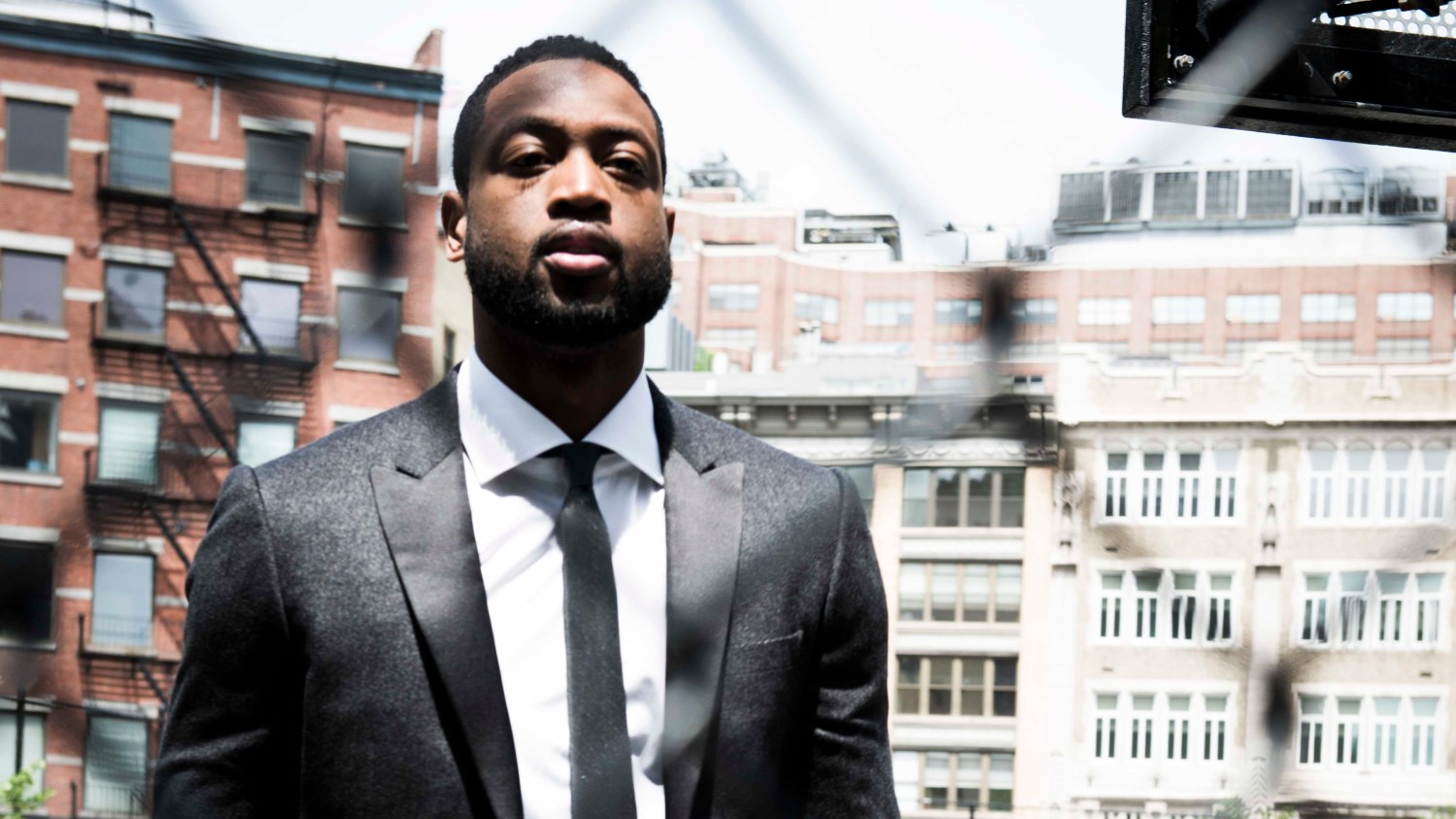 After 16 years, three NBA titles, 13 All-Star Games and almost 23,000 points, Dwyane Wade is calling it a career. So what’s the man they call Flash in a hurry to do now?

By Justin Tinsley @JustinTinsley
March 13, 2019
An ESPN The Magazine collaboration.

On an off-day in mid-February, shortly after All-Star weekend, Dwyane Wade saunters into the Heat’s locker room in AmericanAirlines Arena. It’s one of the final times he’ll do so as a player, and he’s as effervescent as he would be five days later, when, in the same arena, hair braided in tribute to Allen Iverson, he would drill an improbable game-winning 3 to defeat the defending champion Warriors.

“So many times you don’t make the shot,” Wade said to ESPN’s Nick Friedell that night. “And the one I make is a one-legged flick from my chest. It’s crazy.”

After 16 seasons—which have included three titles, a Finals MVP and the birth of a trio that forever changed the league—Wade is in the homestretch of his victory lap. We asked the surefire Hall of Famer to reflect on his iconic career, his family life with author and actress Gabrielle Union-—and why it’s the little moments in the NBA that he’ll miss the most.

Q: What does it mean to you to go out on your own terms?

Dwyane Wade: I don’t think I understood what it meant until I went through the process. I feel more than blessed. I’m humbled. I actually was a little uncomfortable with the thought of going on a tour for people to celebrate me. But sitting down with my [personal] team, it was like, “Your fans … want to say goodbye.” I’m thankful, and it’s been a hell of a year.

Q: What is it about this last lap that makes you appreciate it so much?

Wade: No pressure’s on me. Normally I’m so tough on myself. I have expectations of greatness. If I can’t reach that level, then I’m stressed, frustrated. This year has allowed me just to play and not really care if I score 22, if I score two. This is the first time I’ve had a chance to take it all in, appreciate it, smile and move on to the next one—win, lose or draw.

Q: How do you cope with the awkwardness of retiring in your 30s?

Wade: I’m retiring from basketball. I’ve got a lot of work life left in me. I’m 37, a young man. Most successful businessmen and women, they start reaching [success] at 40. They become CEOs of companies. If you’re 40, you’re young. I’m not looking forward to being a rookie again, but I’m looking forward to the challenges of what I’m going to do next. I have no idea what that thing is [laughs].

Q: Why was taking paternity leave so important to you? [Wade took a two-week leave from the team in November when daughter Kaavia was born.]

Wade: I always want to do things the way I want to do them. Some call it bullheaded. But I feel that we ask certain things of certain people that we will not do ourselves in this world. Of course I’d ask my wife to be there and the world will ask my wife to be there—to take time off, to be with her daughter: What do you mean you’re going back to work? You have a baby. Well, for me it’s the same thing. Obviously, I’m playing basketball, so I can’t take a month off or six weeks off. But I can take time and spend it with my daughter.

Q: What was that joy like for your wife?

Wade: My wife, she’s a tomboy. If you’re a dude and you want to hang out with a girl, that’d be your best friend. She never felt she would be the kind of mother that would be at dinner like, “Look at my baby. My baby did this today. My baby smiled today.” She’s like, “That’s not going to be me.” So the joy I get is when I see her googly-eyed over our daughter. Or when we’re having a conversation and it goes to Kaavia. And she spends 20, 30 minutes on her and I sit back. I’m like, But that wasn’t gonna be you, right?

Q: Career-wise, is there a thing you wish you could get a second chance at?

Wade: That’s a tough one, man. Because it’s been a pretty dope ride. I would probably become more knowledgeable about my body at an earlier age. I had some great people around me. But if you’re not knowledgeable, what they’re saying to you is a bunch of gibberish. I’d want to understand what I need, when I need it and how I need it—to help the ones helping me so my athleticism could have lasted a little longer.

Q:If I tell you that you’re the third-best shooting guard after Michael Jordan and Kobe Bryant, what do you say?

Wade: No, no, no, no. If someone would’ve told me I would be in the same conversation with some of the greatest shooting guards of all time—with Jordan and Kobe and Iverson and Jerry West, Clyde Drexler … Ray Allen, one of my favorite players—I would have said, “Are you sure you’re talking about this guy? The snotty-nosed kid from inner-city Chicago?” Because I didn’t see it. That’s what I’m trying to give to my son. I’m trying to give him this inspiration, this visual.

Q: What are you going to miss the most?

Wade: You have your best friends. You love those days, when it’s a Sunday or whatever, and you laugh, you joke. You all talk about stuff that doesn’t even … It’s nonsense. That’s what I’ll miss. The locker room conversations, the bus rides, the plane rides, the traveling with the Olympic team, traveling to China with Carmelo [Anthony] and [Chris Paul], and just sitting on the back of the bus with Bron. I’ll miss that camaraderie, that brotherhood that you can’t get back.

Q: What advice do you give incoming players about the intensity of NBA fame?

Wade: It’s tougher. The biggest thing … you have to have a foundation of who you are. Don’t lose that person through the smoke. I’ve had moments where he slipped away and I had to find him. For me, I wanted to be a good person, wanted people to walk away from meeting me … feeling better about themselves. So just understand who you are and who you want to become, and strive to be that. Don’t lose yourself in the process.