Denver Broncos quarterback Brock Osweiler, who signed a $72 million contract with the Houston Texans last year and went on to complete just 59 percent of his passes and throw 16 interceptions, said signing with Houston was like “when you’re a little kid and your mom, you know, she tells you, ‘Don’t touch the hot stove.’ So, what do you have to do as a curious kid? You’ve got to go touch the hot stove, and you learn real quick how nice that stove is when it’s not hot.” The Jacksonville Jaguars are so lacking in quality players that 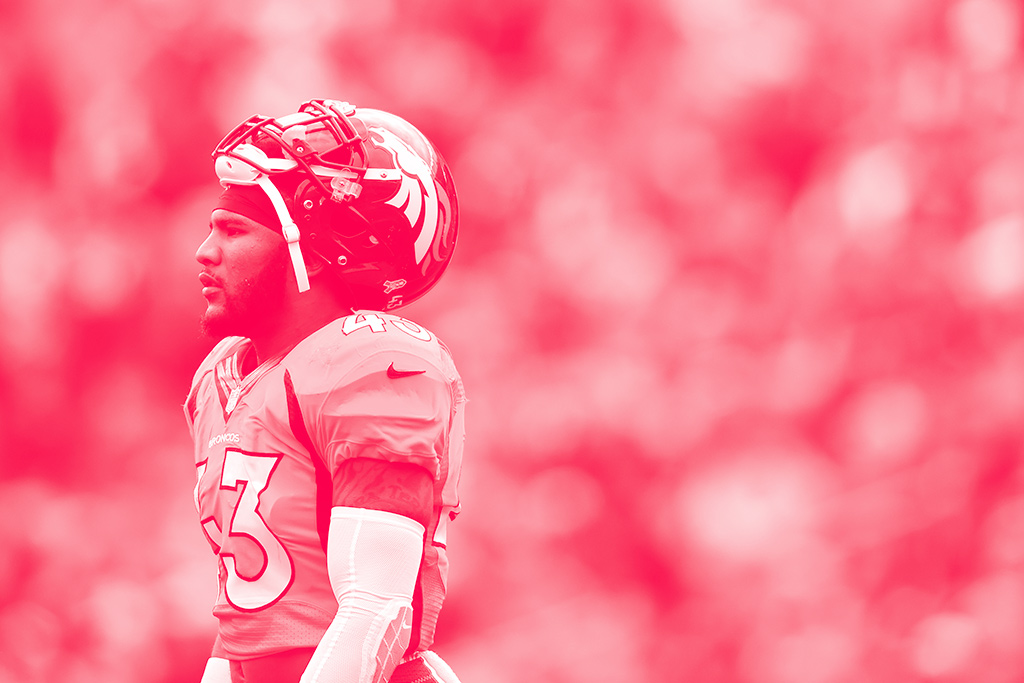 they named a tight end and offensive lineman as team captains. New Tampa Bay Buccaneers safety T.J. Ward, once arrested for throwing a glass mug at a female bartender in a strip club, said his former team, the Denver Broncos, were “completely unprofessional” in how they cut him from the team last week. The Buffalo Bills signed quarterback Joe Webb; the 30-year-old played wide receiver last season. The Oakland Raiders are engaged in a $4 million “contractual standoff” with their … kicker. 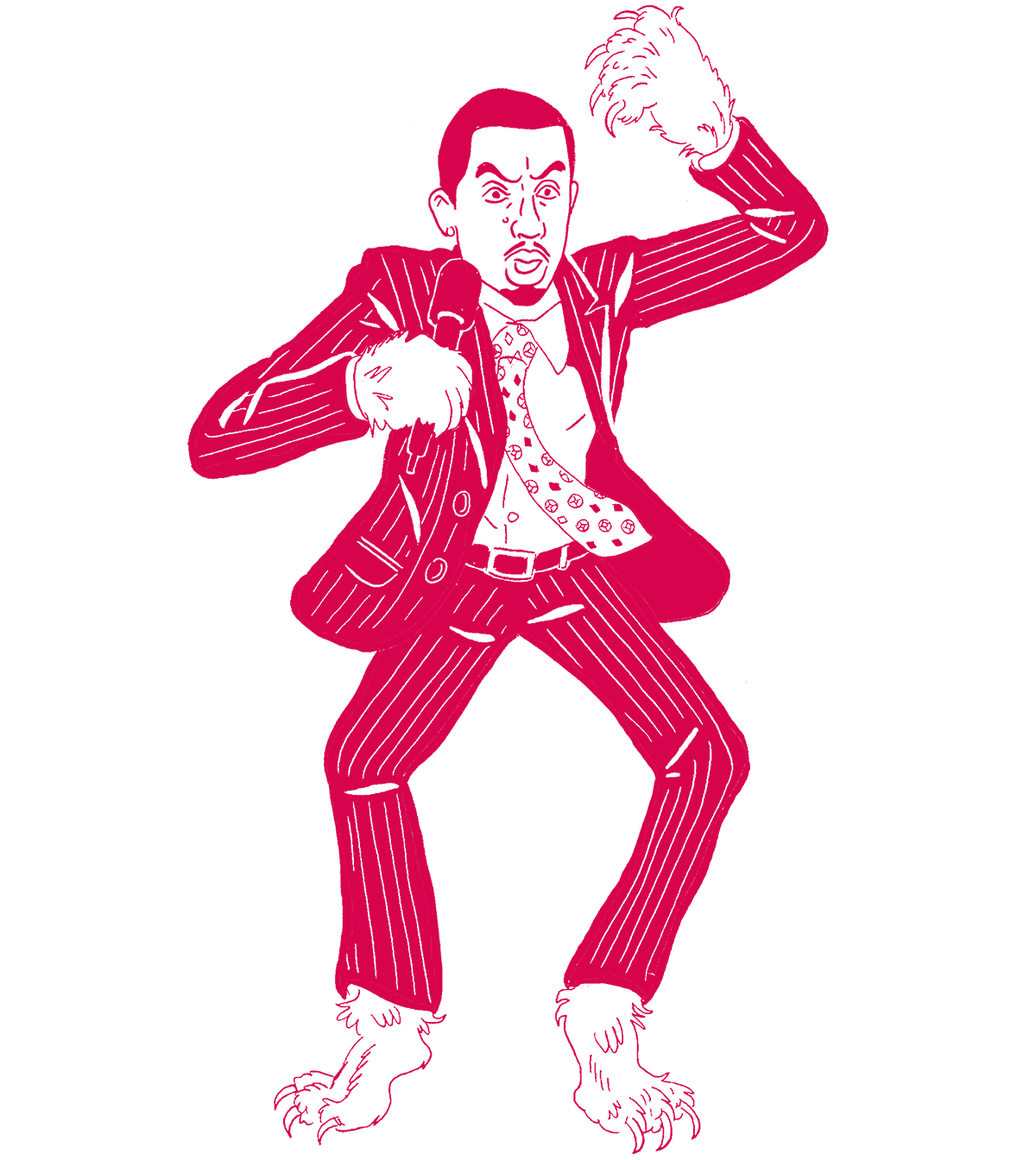 Motivational speaker Sean “Diddy” Combs said, among other things, to “be a f—ing wolf … eat people’s faces off … [and] never apologize for being awesome.” Former Donald Trump campaign manager Corey Lewandowski, once accused of assaulting a female reporter, will serve as a visiting professor at Harvard this fall; the school’s Institute of Politics said Lewandowski will engage in “dynamic interaction with our students.” President Trump, who rescinded an immigration policy that protected children of undocumented immigrants, pardoned a former sheriff who was accused of violating the civil rights of Hispanics and wants to spend billions of dollars on a wall along the border, said, “I have a great heart for” those affected by his most recent immigration policy decision. Former Milwaukee sheriff David Clarke, once a highly regarded law enforcement official and rumored Department of Homeland Security deputy secretary nominee, will serve in the distinguished role of spokesman for a pro-Trump super PAC. The Boston Red Sox, who, yes, hail from the same region as the New England Patriots, admitted to stealing hand signals from the New York Yankees using an Apple Watch. Washington Redskins quarterback Kirk Cousins said the Lord told him to only sign a one-year, $24 million contract with the team this year; no word on whether the Lord also told him to throw two interceptions in a season-ending loss to the New York Giants last year. 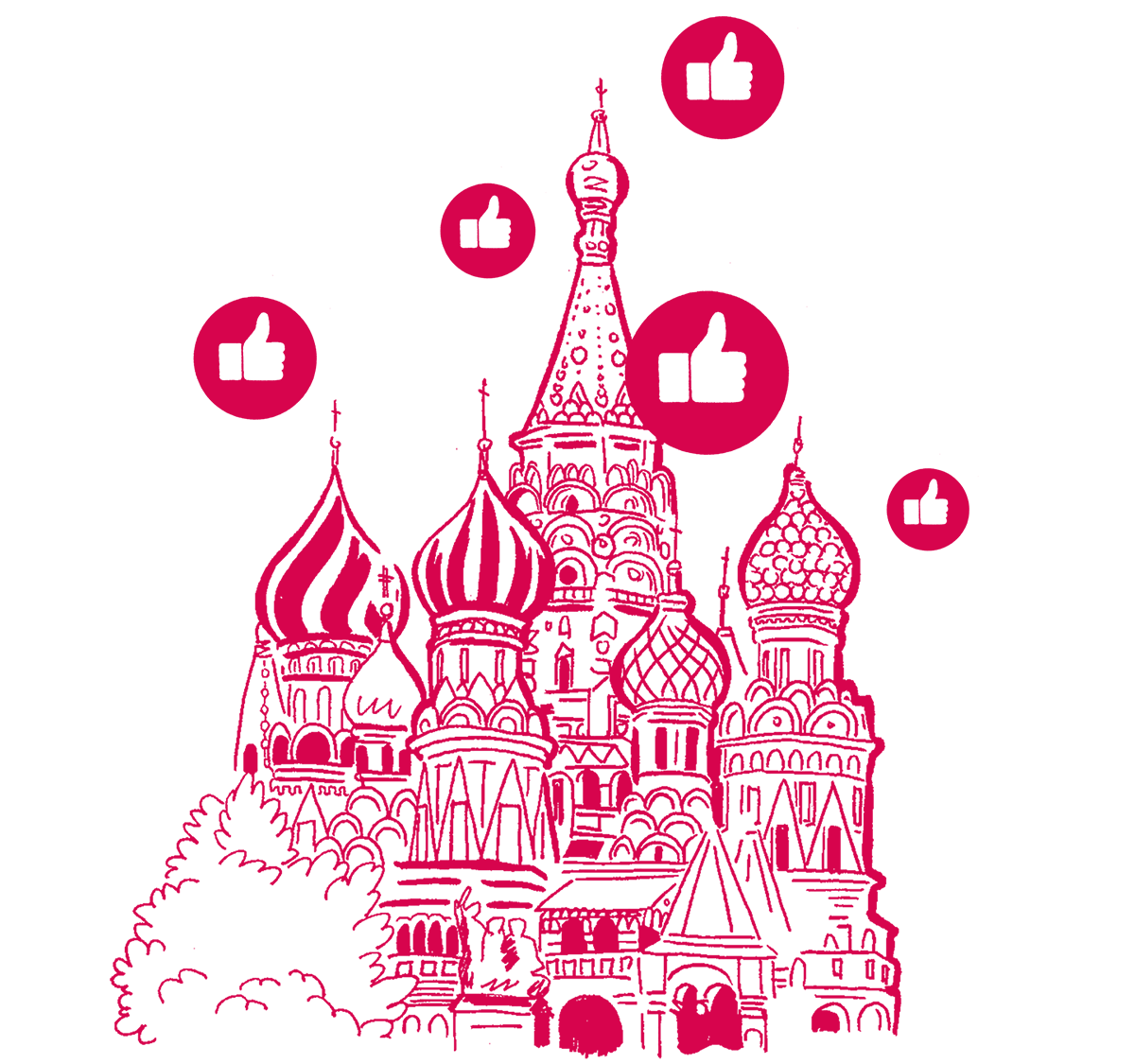 A Pennsylvania man, attempting to keep it real, will be charged with disorderly conduct for asking Sen. Pat Toomey (R-Pennsylvania) if he knew “whether or not your daughter Bridget has been kidnapped?” Former Boston Celtics guard Isaiah Thomas, actually keeping it real, said, “I don’t think the Boston Celtics got better” by trading the All-Star to the Cleveland Cavaliers. A Hawaii football assistant coach, whose team has won just


20 games over the past six seasons, fractured his wrist and dislocated his elbow while celebrating a blocked kick last weekend. A Florida sheriff, showing tremendous dedication to protecting and serving, is threatening to detain people with warrants who attempt to seek shelter during Hurricane Irma. Also getting this whole compassion thing down, Trump told a North Dakota crowd, “You have a little bit of a drought. [Texas] had the opposite. Believe me, you’re better off.” Federal Emergency Management Agency (FEMA) director, and creator of aptly named song “I Ain’t Bulls—-in’,” Luther Campbell told Florida residents that “you all can die” if they plan parties during Hurricane Irma. 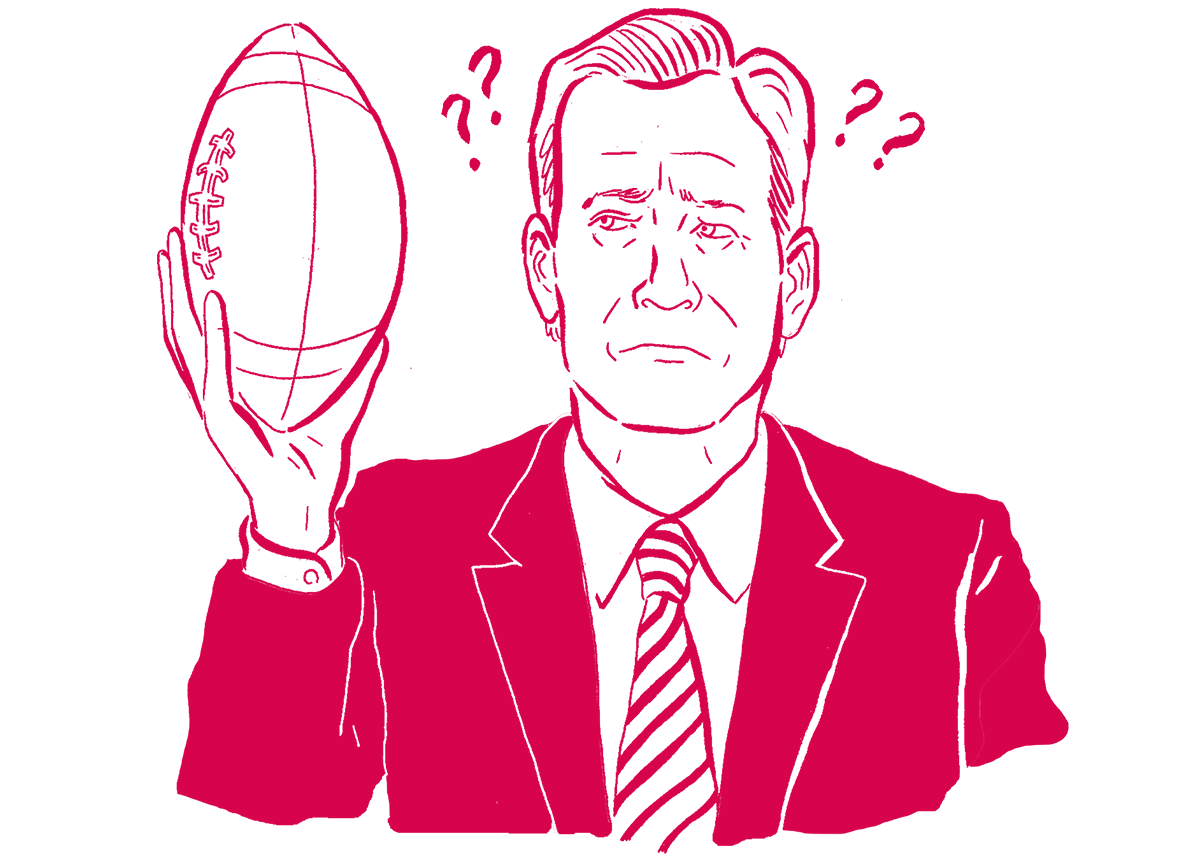 Waffle House restaurants, violator of many health code violations, are used by FEMA as a barometer for how an area will recover from a natural disaster. A Las Vegas police union, in trying to defend two officers accused of assaulting Seattle Seahawks defensive player Michael Bennett, brought up Bennett’s national anthem protest, the height of a barrier he allegedly jumped over and the racial identity of the officers instead of explaining why at least one of the officers aimed his weapon at the player’s head. Brooke Hogan, the daughter of wrestling legend Hulk Hogan, said fellow legend Ric Flair, weeks removed from being placed in a medically induced coma, sounded like he was “full of piss and vinegar” and could return to the ring at the ripe age of 64. Former NFL player Steve Smith Sr., best known for his subdued temper and for once predicting there’d be “blood and guts everywhere,” now works at a Taco Bell. There’s a supervolcano underneath Yellowstone National Park that could kill us all. Commissioner Roger Goodell, paid over $30 million a year to run the National Football League, said he is not a “football expert.” In “racism is in the past” news, Texas A&M football coach Kevin Sumlin received a letter from an unknown sender this week that read: “You suck as a coach! You’re a n—– and can’t win! Please get lost! Or else.” 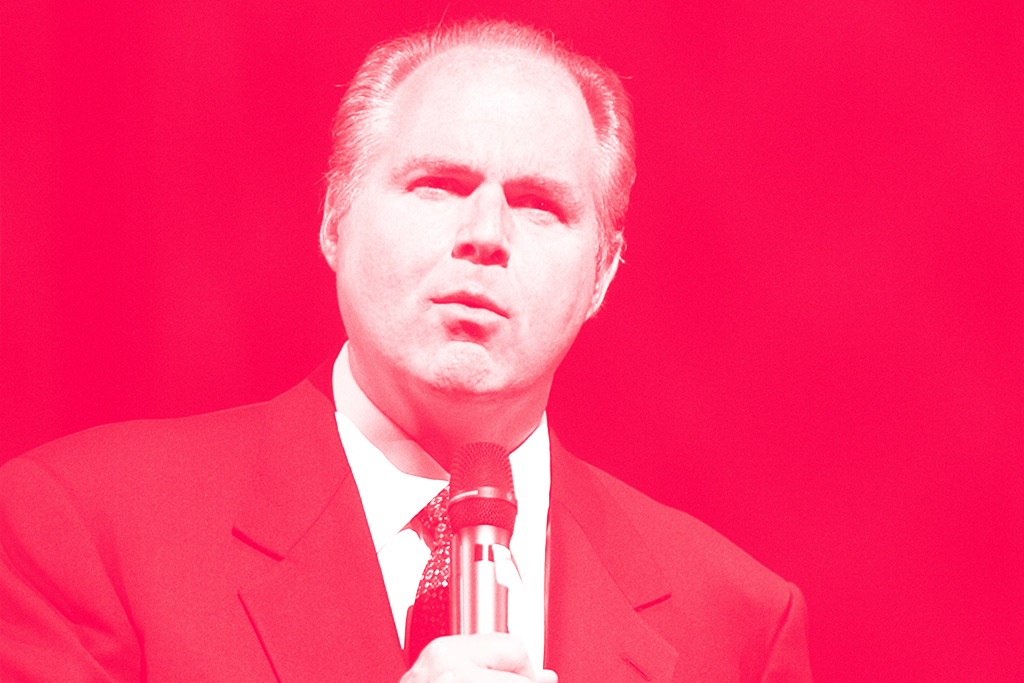 The NFL finally got around to adequately suspending 38-year-old free agent placekicker Josh Brown for allegedly abusing his ex-wife. Three days after proclaiming that Hurricane Irma is “a desire to advance this climate change agenda” by the “drive-by media,” right-wing radio host Rush Limbaugh will evacuate from Florida. Despite the continued unemployment of national anthem protester Colin Kaepernick, NFL ratings are still down. A Washington Redskins-themed restaurant, staying on brand, was forced into bankruptcy after just one year in operation. Florida Atlantic football coach Lane Kiffin thinks the Bible, like The Simpsons, predicted hurricanes Harvey and Irma. Golden State Warriors guard Nick Young caused the infamous locker room duel between Washington Wizards teammates Gilbert Arenas and Javaris Crittenton in 2009.