In the summer of 2004, the Tennessee Titans got their first up-close-and-personal look at the human highlight reel that was Michael Vick.

The Atlanta Falcons had made the 250-mile trip for a set of joint practices with the Titans in Nashville, Tennessee, and Vick, the 24-year-old superstar quarterback, put on an absolute show.

By then, he’d already played for the national title at Virginia Tech, been named to the Pro Bowl in just his second year in the NFL and led the Falcons to a road playoff win over Brett Favre and the Green Bay Packers at Lambeau Field.

But in a 2003 regular-season game between Atlanta and Tennessee, the lone matchup between the two teams during his first three years in the league, Vick had sat out while recovering from a broken right leg he suffered in the preseason.

On that practice field in Nashville, though? Vick showed the Titans what they avoided the season before. “In three days of practice, they couldn’t stop me, or contain me,” Vick recalled. “So I could only imagine what I would’ve done in a real game.”

After one session, Titans linebacker Keith Bulluck approached Vick and mustered the words to explain what the quarterback was capable of doing.

It’s a moment that’s stuck with him for almost 15 years. Bulluck’s statement is the perfect summation of what the retired quarterback meant to football in the prime of his 13-year NFL career. A cheat code, a character out of a video game, a cheetah among gazelles. He could beat you with his arm, and with his legs, like no one in the history of the NFL had done before.

After entering the league in 2001, Vick revolutionized football from the perspective of a quarterback.

“I really made coaches look at style of play as something to take seriously, in terms of how you could put an offense around a player that’s multitalented,” he said. “Incorporating the run game from a quarterback perspective gave you an added dimension. For any coach, I think you always want to find ways to give defenses problems and reasons to study a little more. And that’s what I brought to the game: A different style of play at the quarterback position, and a headache for defenses to try to plan to stop.

“A lot of defensive coordinators told me that I could be their worst nightmare, and I was.”

Vick made history as soon as he heard his name called by commissioner Paul Tagliabue at the beginning of the 2001 NFL draft. The left-handed dual-threat phenom out of Virginia Tech became the first African-African quarterback selected with the first overall pick in league history.

“It means a lot, in terms of the history of the game of football and the NFL,” Vick said. “For the league, and for myself, it was a great barrier to cross.”

In 2002, after spending most of his rookie season as a backup to veteran Chris Chandler, Vick became the first black starting quarterback in Falcons franchise history. A new young quarterback in Atlanta called for a revamped offense, featuring draws, isolations and sneaks, designed by head coach Dan Reeves especially for Vick.

“It was pretty much the beginning of a new era in terms of what a quarterback could look like,” Vick said of 2002, his first season as a full-time starter.

That same year, Vick delivered the most memorable play of his career. It came on Dec. 1, 2002, in overtime of a matchup on the road against the Minnesota Vikings. Vick turned a play-action pass play into a freestyle quarterback run that he took 46 yards into the end zone, past virtually every defender, for the game-winning touchdown. The play marked the longest overtime touchdown run by a quarterback in NFL history, and gave Vick the single-game record for most rushing yards by a quarterback with 173 (which he’d hold until 2013, when Colin Kaepernick broke the mark with 181). Oh, and Vick pieced together the prolific performance on the AstroTurf of Minnesota’s Metrodome in a pair of Air Jordans that are now housed in the archives of the Pro Football Hall of Fame in Canton, Ohio.

“To be able to do that vs. man-to-man coverage, and to be able to outrun an entire defense? That’s unheard of,” Vick said. “I beat ’em with speed all day … I just played at a higher level.”

Four years later, on Dec. 31, 2006, Vick played what would be his final game as the starting quarterback of the Falcons. In August 2007, he pleaded guilty to federal conspiracy charges for his role in a dogfighting operation, leading to an 18-month prison sentence. His playing career, however, wouldn’t end there. Following his release, he envisioned a return to football.

“Getting back on the field was definitely something that I wanted to do, and I knew I could get back to dominating,” Vick said. “That’s why I wanted to play again so bad. Just to show people that I could still be on top.”

After signing with the Philadelphia Eagles — Vick suited up for a preseason game on Aug. 29, 2009, exactly 970 days after his final game as a Falcon. He learned under the offensive-minded Andy Reid, becoming less “reckless,” he joked, and “a more complete player.” Eventually, he went from being Donovan McNabb’s backup to a starter in 2010, when he led the Eagles to the playoffs, earned a Pro Bowl selection and was named the NFL’s Comeback Player of the Year. 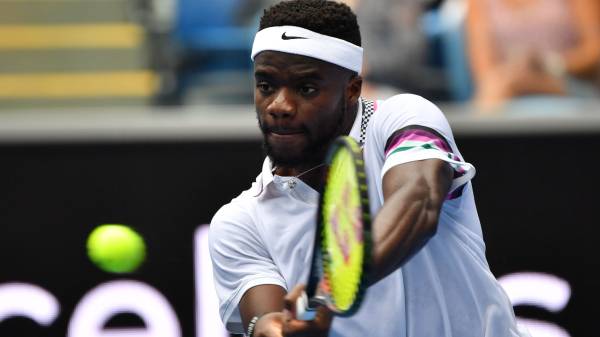 Where are the black men in tennis? Read now

“Anytime you take two years off, people are gonna question, ‘Do you still have it?’ ” Vick said. “So all my motivation in the first couple of years was, ‘Yeah, I still got it.’ That was just what I was trying to put on display.”

Vick played five seasons in Philly, a season with the New York Jets and had a brief stint with the Pittsburgh Steelers before he officially retired — as a Falcon — in June 2017. He still holds NFL records for yards per rushing attempt (7.0), most career rushing yards by a quarterback (6,109) and most single-season rushing yards by a quarterback (1,039 in 2006). Some have come close since him — Cam Newton, Kaepernick and Russell Wilson, he noted. But there hasn’t ever been a quarterback quite like Michael Vick.

“There’s definitely a lot of guys that can do the things that I did,” he said. “But I won’t say they look like me out there.”

The Undefeated will profile 30 black quarterbacks leading up to the 2018 Super Bowl, which marks 30 years since Doug Williams won the big game.