As Serena Williams walked off the tennis court 13 years ago after an exhibition match in Chicago, she paused to sign autographs for a group of fans. Among them was tiny Brienne Minor, who raised her tennis ball high, hoping for an autograph. Williams obliged, leaving the then-6-year-old ecstatic.

“It was just so cool to be in her presence,” recalled Minor, whose older sisters, Jasmine and Kristina, were ball girls during that match between Serena and her older sister, Venus. “The Williams sisters were role models for us. I’ve always hoped to get a chance to meet her again one day.”

“I didn’t realize I was the first [African-American winner] until hours after the match when my sister called and told me,” said Minor, who grew up in the Chicago suburb of Mundelein. “It feels great, and I feel honored. I just hope that I’m a good role model for people to look up to.”

Minor knows something about tennis role models — she had a few in her family. One sister, Jasmine, played tennis at Georgia Tech and will graduate next month from the Medill School of Journalism at Northwestern University. Her oldest sister, Kristina, was a standout tennis player at Illinois before getting her law degree at Marquette University. She is now the director of compliance at Rutgers University.

“Since my sisters were so involved, I started tennis at such a young age and we always talked about being the next Williams sisters,” Minor said. “It’s a sport that’s always been a part of my life.”

Minor was always in tow as her parents, Kevin and Michelle, traveled the country taking the older daughters to tournaments. At the time, it was easy to placate her. Her parents, both engineers, would make sure they were well-stocked with chocolate and Marvel movies.

Once Minor picked up a racket at about age 4, she was a natural.

“I guess by the time Brienne came along, she figured [tennis] is what we did,” Kevin Minor said. “Even at a young age she had great instincts and was smooth in moving around the court.”

That natural ability was needed last week, as Minor faced many challenges on the way to the title. She was unseeded and playing in the same bracket as the top seed. She was battling tendinitis in her knees. And her opening match was against Miami’s Sinead Lohan, who had ended Minor’s 2016 season in the NCAA singles competition.

“Yes, I thought a lot about losing to her twice last year,” said Minor, who also lost to Lohan during the NCAA team championships. “I was happy to get a third chance at her.”

Despite dropping the first set and experiencing severe leg cramps in that first match, Minor won in three sets, 3-6, 6-3, 6-3.

In the third round, Minor went up against Mayar Sherif from Pepperdine, who opened the tournament by easily upsetting the tournament’s top seed. Minor beat Sherif in straight sets.

As Minor was beating Sherif, her older sisters were attempting to watch the livestream of the match from their homes in Washington, D.C., and New Jersey. There was one problem: The camera showing Minor’s match malfunctioned, forcing the two to watch the feed of a match on the adjacent court, where they were able to catch an occasional glimpse of their sister. Once Minor advanced, Jasmine called Kristina and told her older sister, “We have to do this.”

Kristina drove from New Jersey to D.C. on Thursday night to pick up Jasmine, and from there they drove 10 hours overnight to Athens, Georgia, arriving at 6 a.m. That’s where they joined their parents, who drove nearly 12 hours to Athens at the beginning of the tournament from their home in Illinois.

“We’ve always gone by the motto we’re five strong,” Jasmine Minor said. “We were exhausted, but we had to be there.”

They arrived just hours before Minor’s quarterfinal match against Sara Daavettila, who was the nation’s top high school player when she entered North Carolina in 2015. The two had played against each other in juniors tournaments over a span of seven years, with Daavettila winning “over 90 percent of the matches,” according to Minor.

In the semis, Minor dropped the first set before rallying 6-7 (5), 7-5, 6-0 to set up Monday’s championship match against Belinda Woolcock of Florida, the tournament’s No. 6 seed, who had dropped just one set on the way to the finals.

“It wasn’t until that final match that I actually believed that I could win the whole thing,” Minor said. “At that point I started to believe that if I had made it that far, I might as well win it all.”

The final match was a breeze — a 6-3, 6-3 win — ending with Minor tossing her racket into the air on the winning point after a shot by Woolcock went long. In the stands, her father sat still, seemingly stunned, while Minor’s mother and two sisters cried with joy.

“It was a surreal experience for me because, with every match, there was a reason I didn’t think she’d win,” Kevin Minor said. “This is all amazing, but it was agonizing for me to watch. I’m sure I’ve lost quite a few years of my life with the stress of watching tennis matches.”

Minor also found herself in a moment of disbelief as she ended her season on a nine-match winning streak, six of those coming in the NCAA tournament. One of three players at Michigan to earn two-time All-American honors, Minor became the first women’s tennis player in school history to win a national title.

“She showed no nerves at all during the entire week,” said Ronni Bernstein, the women’s tennis coach at Michigan. “It’s great for our program, and this can’t hurt us in terms of recruiting. I’m just so happy for her because she’s such a tremendous kid.”

With the victory, Minor finds her plans for the summer altered. Her intentions were to give her sore knees six weeks of rest while she attended summer school in Ann Arbor, Michigan. Instead, Minor will take a couple of weeks off before she begins to train for the U.S. Open, which begins in New York on Aug. 28. The winner of the NCAA tournament gets a wild-card entry.

And the entire family is looking forward to being in the stands in New York, along with a loud cheering section.

“We plan on bringing a lot of people to New York,” Jasmine Minor said. “She loves Beyoncé — we call her ‘Bri-yonce.’ We’re thinking about having a Bri-hive come out and show full support.” 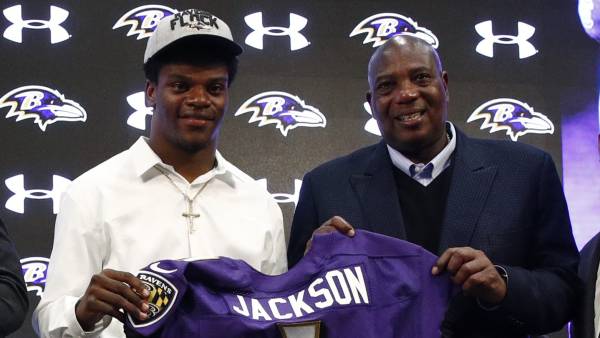 Chances are there won’t be anyone in that section prouder than her parents.

“It’s going to be overwhelming,” Kevin Minor said. “As parents, you never know what type of job you’re doing until after you see some results. You live your whole life hoping you’re doing the right thing. With the success of all of our daughters, it makes us feel like we made the right choices.

“We are just so proud,” Kevin Minor said. “This is so rewarding.”