MLB made the first step, now it has to get inclusion of the Negro Leagues right

Josh Gibson’s family: No one envies the work of MLB to get this right, but get it right it must

On Wednesday, MLB announced it will add the Negro Leagues to its official records. According to MLB commissioner Rob Manfred, “We are now grateful to count the players of the Negro Leagues where they belong: as Major Leaguers within the official historical record.”

As the great-grandson of Josh Gibson, I can tell you that the reaction of the Gibson family was joyous. We thought Christmas had come early. And that feeling is shared by the families of other Negro Leaguers I know. We were gratified and felt that our fathers, uncles, grandfathers, and in my case, great-grandfather, were validated. Not that they were not already in our own eyes. But for those with little or no knowledge of the Negro Leagues and the era in which they took place, the story must be told.

I was struck by one phrase in commissioner Manfred’s press release — “the long overdue recognition” that this announcement will lead to. Recognition is an interesting word. It means appreciate, respect, acknowledge. And these are good words. However, there are stronger words that resonate with us and remain our beacon for honoring the legacy of the Negro Leagues. Words such as validation, redemption, justice.

We can now say that over 3,400 Negro Leaguers in the era of 1920 (the inception of the first Negro National League) to 1948 (the first full year of the integration of the majors) were Major Leaguers. They did not “choose” to play separately from their white counterparts in the “majors,” but they did choose to play. Black players were effectively banned in the 1880s, thanks to a “gentlemen’s agreement” that brought Jim Crow to baseball. The Negro Leagues were not only a testimony to a bunch of athletes who wanted to play baseball, they also spoke to the business acumen of the African American community to put a quality product on the field. Black teams were formed and flourished from the late 1800s onward and by 1920, thanks to Rube Foster, himself a Black entrepreneur and the owner/manager (and one-time player) of the Chicago American Giants, a critical mass of teams came together to form the Negro National League.

Besides league play, countless barnstorming and exhibitions against all comers, and travel to the Caribbean and California Winter Leagues, in those rare opportunities when they competed against Major Leaguers, the records show Negro Leaguers did well. But after all, the MLB announcement reminds us that they were Major Leaguers all along. For those unaware of the Negro Leagues, or uncertain where they stand alongside their peers in the majors, the amalgamation of data alongside National, American, and 19th century league statistics will be eye-opening. And challenging. I will come back to this point shortly.

It is important to recognize the tireless of efforts of the families of Negro Leaguers who have kept the players front and center for many years. Some, like my family, established nonprofits to honor their family’s Negro League player, but also to do good for the community, often with a focus on disadvantaged youths through the prism of sports and education. We are grateful to all who have supported our efforts and have made a difference in the lives of others. I know Gibson and his counterparts are smiling down on us from heaven when they see our work, much of which has taken place out of the spotlight and media glare.

Another contribution to the legacy of the Negro Leagues are the researchers who have toiled in obscurity to collect and authenticate Negro League data that has now provided the statistical foundation that MLB has embraced as necessary and sufficient to substantiate Negro League seasons. Where would we be without them? I have spoken with some of them and admire their work. Thank you! We know there is more research to be done as we build on the significant work now in place. Perhaps MLB will step in with funding to help this effort. And in doing so, we underscore the importance of drawing on all who have something to offer: the families of Negro Leaguers; institutions that honor, elevate, and study this important era; and all the men and women committed to the story of these players and, yes, their legacy.

We were gratified and felt that our fathers, uncles, grandfathers, and in my case, great-grandfather, were validated. Not that they were not already in our own eyes. But for those with little or no knowledge of the Negro Leagues and the era in which they took place, the story must be told.

So what is next? As families of these players, we look forward to the process of incorporating Negro League statistics into the official records. Understanding what that means and what it looks like is important. Context is also essential to layer and elaborate on the Negro League story — its seasons, the challenges of statistical accuracy and completeness, and what we can learn from it. We are not quite sure why MLB drew the line at 1948. Although we understand that 1948 marks the first full year of integration, it took many years for all Major League teams to fully integrate, depriving many Negro Leaguers worthy of the majors to remain in the dwindling Negro Leagues that were drawing fewer fans and therefore paying lower salaries to players. Their games, their stats are still relevant, including the likes of Connie Morgan, Mamie “Peanut” Morgan, and Toni Stone, trailblazing women who played for the Indianapolis Clowns in 1953.

Some may lament that revised statistical tables will remove some iconic players from Top 10 lists. No one envies the work of MLB to get this right, but get it right it must. We are humbled that Gibson himself is one of those Negro League players who may appear on “rating” or percentage calculated lists such as batting average and on-base plus slugging. It is another one of those stories that can and must be told of where he ranked and how he might have done in the majors. This is not about cancel culture, it is about fully embracing the complete fabric of our culture. The woven cloth is stronger because of all its threads, not just a few. We are hopeful, but also offer constructive advice that we do not asterisk our way through the stats.

In what some call the golden age of the Negro Leagues — the 1930s and early 1940s, there were dozens of Negro League ballplayers who would not only have made Major League rosters, but been stars — MVPs and Cy Young winners, in fact — on National and American League teams. There is no doubt in my mind that Gibson would have won one or two MVPs at least. In the parallel universe that would have been, Gibson as a recipient of the Kenesaw Mountain Landis MVP award would not have been ironic, it would have reflected the progress of an enlightened society with an arc bending toward justice.

And then there is this litany of Negro League greats — Turkey Stearnes, Leon Day, Buck Leonard, Willie Wells, Cool Papa Bell, Jud Wilson, Oscar Charleston, Mule Suttles, Hilton Smith, Ray Dandridge, Judy Johnson, and yes, Paige, to name a few. Imagine how they would have done in that era!

For those uncertain about what an influx of African American talent would have meant to the majors back then, fast-forward to Jackie Robinson’s breaking the color barrier in 1947. In the years 1949 to 1962, 11 of the 14 National League MVPs were Black. (American League teams lagged the senior circuit in signing Black players, otherwise the same phenomenon might have occurred in the AL.) The elevation of talent at every position on the Major League field, and in every aspect of play, raised the quality of the game.

We are blessed that all these players I mentioned earlier who would have starred in the 1930s, and 35 players and owners in total, are in the Hall of Fame thanks mainly to their Negro League exploits. We all appreciate that this was the first step toward justice, not just an acknowledgement, but an honoring of skill and accomplishment. By the way, taking the veil off the Negro Leagues will doubtless highlight the talent and candidacy of additional Negro League players for the Hall of Fame. What an awesome thing.

When Satchel Paige was to be inducted into the Hall of Fame in 1971 as its first player to go in primarily for a Negro League career, there was discussion of placing his plaque in a separate wing along with others like him who might be chosen later. We know how Paige felt about that — compiling a career second to none in the shadows, only to be relegated to ersatz status yet again in the Hall itself. This plan was eventually rejected, and we see Paige, Gibson and their 33 fellow Negro Leaguers in the Hall’s famous gallery worthily alongside their fellow greats.

If you would ask me again on how I felt about MLB’s announcement, I would say it’s a journey. The Negro Leagues were about a commitment to excellence within the Black community when it had no choice but to engage in segregated business, sports, and community building. 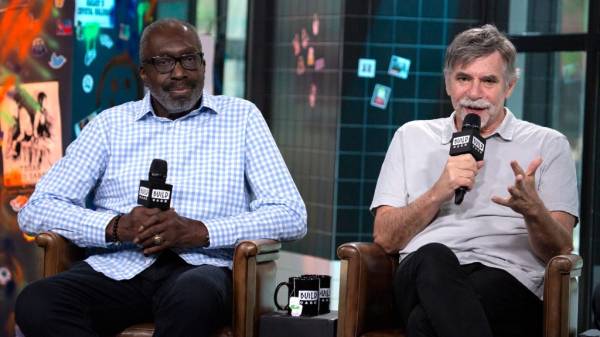 Breaking the baseball color barrier, eventual, retrospective recognition of the premier talent from the Negro Leagues in the Hall of Fame, and overcoming the stigmas attached to race — this is our journey. “Long overdue recognition” of Negro League statistics by MLB is further proof that is bound to attract more attention than we could have hoped for. That all being said, if we are never again to fall prey to the prejudices that checker our history, we must always retain an appreciation for what happened and what our better angels call on us to be.

And that is why the Josh Gibson Foundation advocates renaming of the MVP trophy in Gibson’s memory. Not just because we are his family, or even that he was a great player, which the elevation of Negro League stats as official now illustrates.

We call for renaming the trophy in Gibson’s name, replacing the name of commissioner Landis, as an act of redemption and poetic justice not just for him, but for all who were barred not because of their talent — as we now see from the recognition of their stats — but because of their color. This lesson must remain front of mind for our society if we aren’t to make the same mistakes again. The Josh Gibson MVP Award sends this message.

Sean Gibson is the great grandson of Josh Gibson and the Executive Director at the Josh Gibson Foundation.