Trevante Rhodes had a different script for his life. He grew up in Little Elm, Texas — a good 37 miles north of Dallas. His mom, Demour D’Angelo, signed Trevante and his brother Giovanni up for just about every sport imaginable. D’Angelo, who worked as an accountant for an oil and gas company, kept them busy with track and field, soccer, karate, and more. D’Angelo could not have known she was raising a future Hollywood leading man — think The Predator and 12 Strong, think the Oscar-winning and culture-shifting Moonlight — but she was.

As a kid in Texas, it’s hard not to want to touch a football. Rhodes gravitated toward the gridiron and track. In high school, he played cornerback and running back with current Dallas Cowboy Cole Beasley — who back then was at quarterback. While at Little Elm High, Rhodes picked up four letters in football and he excelled in the 100-meter and 200-meter sprints against guys such as future All-American Whitney Prevost. But his football dreams were dashed before high school ended. During his his senior year, he suffered an ACL injury on the football field.

“Football was off the line,” Rhodes said, leaning back in a comfy chair. “Bubba Thornton, the track coach at UT, reached out, and I was able by the grace of God to get back from tearing my ACL … to running in that track season, which was … like four months. That was kind of a big thing at the time … and they gave me the scholarship. I don’t want to say it saved my life — that’s an extreme. But I definitely became the man I am … through going to UT and training under that coach. I grew up with a single mom who did everything, and she made me this man. But definitely being validated in a sense, by [Thornton] was valuable for me.”

For 3½ years, Rhodes’ life was about studying kinesiology and killing it on the track at University of Texas at Austin, where he ran alongside current 49ers wide receiver/kick returner Marquise Goodwin. He was a sprinter all of his years there — from 2008 to 2012 — and in 2009, he competed in the 2009 Pan American Junior Athletics Championships in Trinidad and Tobago, where he helped his team to a gold medal in the 4×100-meter relay. His post-collegiate plans were solid: he’d find work as a petroleum landman, the middle person between the oil companies and the landowners. It’s the industry in which he’d spent his summers as an intern.

But in his last semester, everything changed.

Routinely, Rhodes would walk to class and pass a building where he’d run into professor Stephen Gerald, one of the few black male academics on campus. For Rhodes, Professor Gerald was a kind of Uncle Phil — a male figure who challenged him to explore dreams he didn’t know he had. To help satisfy a degree requirement — and at Gerald’s insistence — Rhodes took a theater course.

“Track … it’s synonymous with making films, because it is the most individualized team sport.”

He was hooked. Acting was unlike athletics. True, it was a team sport, and he was accustomed to that vibe, but the feeling was different. Even when he had losses — and in acting, he had losses. When Gerald suggested to Rhodes that he should audition for his first play, Rhodes didn’t get a role. But Gerald was convinced that his pupil had something.

“He championed me around Austin,” said Rhodes, now 28. “I got to meet some of the casting directors out there, and the agents. They took to me a little bit, and one thing led to the next. I was able to come audition for an agent in L.A. and … here I am.”

In 2017, two years after Gerald died, Rhodes stood on Hollywood’s biggest stage along with director Barry Jenkins as Jenkins collected an Oscar for Moonlight, in which Rhodes co-starred as Chiron. The hype around the coming-of-age drama was major, and the day after that historic Oscar win, Rhodes was featured in a Calvin Klein underwear campaign that became a viral sensation.

Bird Box — in limited release this week, and set for streaming on Dec. 21 — is a psychological trip. Based on a 2014 novel by Josh Malerman, it revolves around an unknown entity that is forcing people to kill themselves, if they see it, whatever it is. A group of survivors make a dangerous trek to get to the one place that may be a sanctuary from the evil matter (no spoilers here!) that is making people off themselves.

The film is scary. But so is navigating Hollywood. In the movie, the travelers rely on blindfolds to get to their destination. In real life, Rhodes is looking at everything head-on and following his instinct like it’s the GPS. “I do things I like,” he said. “That I want to see, really. I’ve always followed my gut … if it doesn’t work out, then it doesn’t work out.” He acknowledges that the world kind of sucks, but adds, “If you can have two hours … where you’re not focused on the crap, that’s amazing. And you can learn something, maybe.”

Rhodes is still learning — mostly about himself. He’s still young in the Hollywood game and he’s eyeballing a long future filled with top-notch directors, A-list talent and rich content. He’s starting to think about his cultural power. “I’ve been fortunate … In all honesty — not to make anything more than what it is — but the life of being a black man … ”

He paused before speaking again. “I identify with how people see my power, but I know what my power is for myself. I … observe. And then I move accordingly. Being black in America, you feel a lot. At least for me, in my life, there’s been a lot put on me. Pressure isn’t really a thing, you know? So it’s really just trying to live different perspectives with that same angst … so I can continue to experience life, and grow deeper within myself. Acting 100 percent does that for me. It’s a precious experience.”

Not that his former life as an athlete wasn’t. But he knows he’s made the right choice by pivoting to acting. He said he still trains as hard as he did when he was an athlete: “The Rock calls it his anchor or something like that.” But he doesn’t pine for a professional athletic career. He’s good where he is. 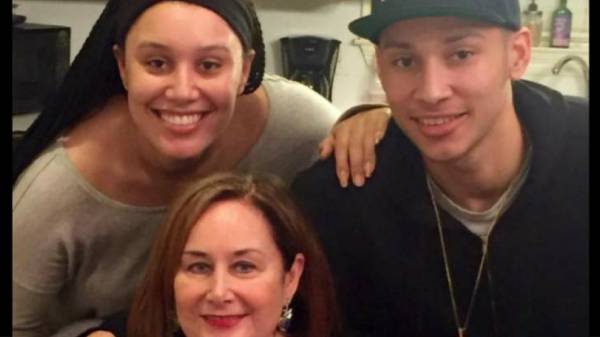 “Man,” he said before chuckling, “when I played, I was reckless! I just wanted big hits. Knowing what we know now? Oh, man. I got concussions before … That was part of the fun of the game … the game is safer now for sure, and it’s getting safer. But … how I played? I know it would’ve been bad for me.”

“Being black in America, you feel a lot. At least for me, in my life, there’s been a lot put on me. Pressure isn’t really a thing, you know?”

And even if he’d attempted some sort of Olympic track career, he doesn’t think he’d get the same thing he gets from being on a soundstage, transforming into someone else and delivering a performance that people might be inspired to root for.

And people are rooting for Rhodes. “Being a track athlete … nobody really was in the stands, you know? You’re running just to win,” he said. “Track … it’s synonymous with making films, because it is the most individualized team sport. Doing your thing, in your own lane … [running] your best race, is to me the same as … assuming whoever this character is you’re trying to play. You’re trying to do your best job so that the film in its entirety can be great, just trying to win the team championships or the conference championship, national champions, whatever it may be. It’s the same thing. Same focus. Same perspective. Same work ethic. It’s all the same.”