As if anymore proof was needed that crises that strike America strike the African American community even harder, historically Black colleges and universities (HBCUs) absorbed another big hit on Friday with Morehouse College canceling its fall sports season.

The Atlanta college canceled football and cross country season. By all indications, it is the first college program to call off its 2020 season due to the COVID-19 pandemic. Morehouse president David Thomas told the campus community in a letter on the school’s website less than six weeks after it became one of the first universities to announce faculty and staff layoffs and salary cuts due to the public health emergency.

Morehouse was scheduled to open its football season on Sept. 5 in Atlanta against Edward Waters College.

The news on Morehouse sports came at the same time the Mid-Eastern Athletic Conference (MEAC), one of the NCAA’s two Division I conferences composed of all HBCUs, was explaining on a virtual news conference how it would survive a fourth program leaving in three years, with Bethune-Cookman’s decision to move to the Southwestern Athletic Conference (SWAC) becoming official on Thursday. 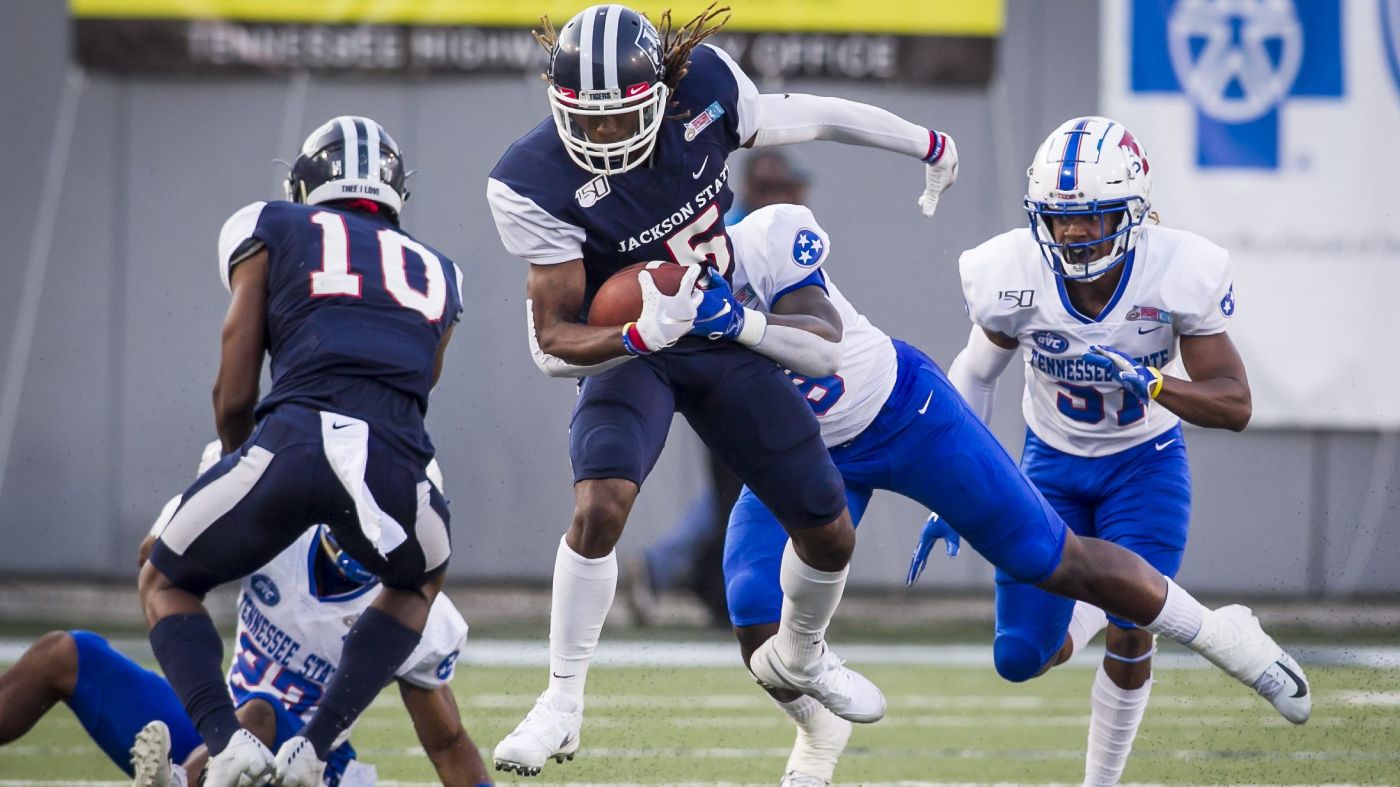 So after the 2020-21 academic year, the MEAC will consist of just eight members with only six playing football, the minimum required to remain in Division I. The league has hired the Collegiate Sports Management Group, which works with 19 other NCAA non-Power 5 conferences, including Morehouse’s Southern Intercollegiate Athletic Conference (SIAC), to consult on attracting new members and retaining current ones.

MEAC commissioner Dennis Thomas was confident about the league’s future. “I have no doubt in our minds that the MEAC will continue and better as a conference,” he told reporters.

Howard president Wayne Frederick, chair of the MEAC Council of Chief Executive Officers, agreed: “We do feel our conference is strong, but we do realize we have some work to do.”

Frederick added that his school is loyal to the conference and so were the rest of the members, at this moment. Thomas added that officials at Delaware State University, reportedly pursued by another conference in the wake of the two Florida schools’ move, have assured him they were committed to the MEAC.

However, a similar statement of conference unity and loyalty was made earlier this year after North Carolina A&T State announced it was leaving in 2021.

“Our schools were united at the time,” Frederick said, “but they have boards to answer to. … Pressure will be brought to bear [on them]. Financial constraints are only going to grow.”

In past years, the MEAC has reached out to Division II for inclusion of schools, but with mixed success: North Carolina Central has excelled in its return to the conference in 2010, but Savannah State and Winston-Salem State did not last as full-time members.

Programs from the SIAC and Central Intercollegiate Athletic Association are obvious candidates again, but Frederick said the consulting firm will take the lead in vetting potential newcomers.

The instability and uncertainty on HBCU campuses resulting from the pandemic are clearly not slowing down. As June ends, several signature football games have been canceled and homecoming events called off or postponed. Several classic games, including the Sept. 12 contests between Florida A&M and Southern in Baton Rouge, Louisiana, and the Southern Heritage Classic game and weekend in Memphis, Tennessee, have been canceled. Homecoming events at N.C. A&T, Winston-Salem and N.C. Central have also been canceled.

However, Morehouse’s move took it to a new level. While Thomas emphasized that winter sports were still not affected, football and cross country definitely would not be played.

“I know this news will be most disappointing to our scholar-athletes, especially our seniors,” Thomas wrote. “I can only ask for your understanding and respect for the fact that the college is prioritizing your health and safety ahead of all else. We are committed to the principle that our athletes are first and foremost students.”

In discussing the next move for the MEAC, Thomas and Frederick also stressed their member schools’ high academic standards and the priority placed on their students’ off-field development.

Yet, the revenue issue cannot be ignored. Both men said that with the two Florida schools deciding to move based on travel and geography, the MEAC will look to add programs within its own footprint, the Eastern Seaboard from Delaware down to South Carolina.

That includes, they said, considering predominantly white institutions, an intriguing reversal considering that Hampton and N.C. A&T left for the Big South.

“Our first obligation,” Frederick said, “is to evaluate what makes our conference better, and look at matching the footprint.” He added he did not want athletic prowess to drive the decision, not with the unique mission HBCUs have compared with predominantly white institutions.

“I want the athletes who come to the MEAC to win,” he said, “but as educational institutions, we should not be seen as pass-throughs for athletes.”

“We do feel our conference is strong, but we do realize we have some work to do.” — Howard president Wayne Frederick, chair of the MEAC Council of Chief Executive Officers

There are real financial issues that weigh on the conference, even without the pandemic complicating matters: ESPN’s contract for the annual Celebration Bowl in Atlanta, between the MEAC and SWAC champions, expires after this season. Two of the MEAC’s perennial football powerhouses, N.C. A&T (winners of four of the first five games) and Florida A&M, are now gone. The game pays out $1 million to each side, a gold mine that has altered the economics and decision-making of programs in both conferences.

“We are confident it will continue,” Thomas said.

All of this is coming as the MEAC is celebrating its 50th anniversary. It was formed in 1970 and officially began football competition the next year. Thomas spoke glowingly of the league’s history, and of how the schools that departed built their profiles and attractiveness in the very conference they were now leaving.

Said Thomas: “We don’t know what the fall will look like from an athletic standpoint. … It’s a very fluid and precarious situation.’’