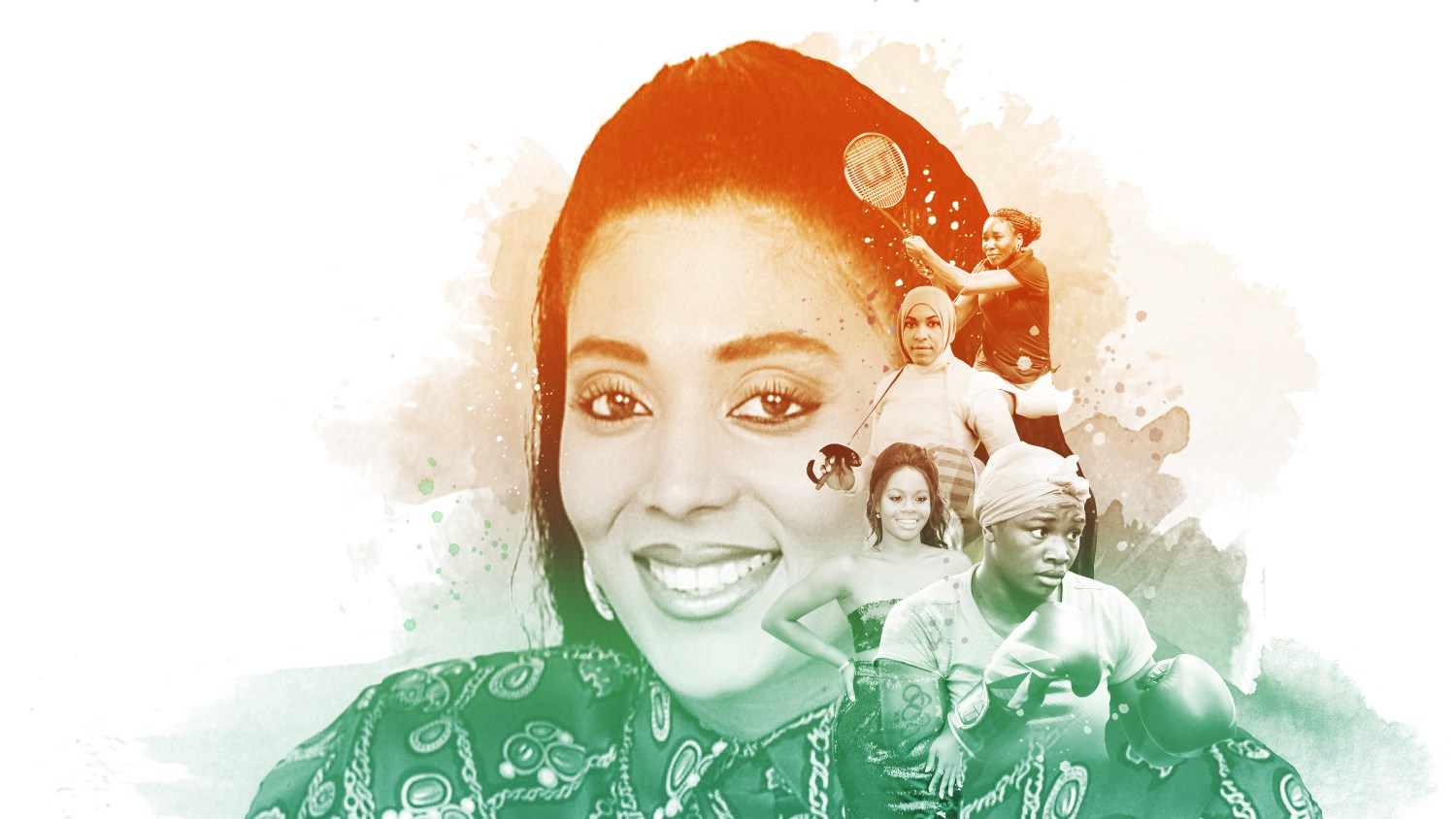 When black women take to the tracks, fields and courts, they are not facing just their opponents. They are also battling stereotypes and the weight of racial history, according to a new study by the Morgan State University School of Global Journalism & Communication.

The study, “Beating Opponents, Battling Belittlement: How African-American Female Athletes Use Community to Navigate Negative Images,” was commissioned by The Undefeated. It examines the history of black women’s participation in basketball, track and field, tennis, golf and swimming and identifies cultural factors that hampered their success and describes the customized solutions that athletes have adopted in response to those factors.

“We also wanted to make it clear that we understand that the press sees black female athletes in certain kinds of ways,” said Stella Hargett, chairwoman of the department of sociology and anthropology at Morgan State and one of the editors of the study. “Their representation is always part of their process. What’s interesting to me is that, throughout, what we find is oftentimes appearance becomes more important than the playing of the sports.”

From all-black clubs to all-stars, a timeline Read now

The politicization of black women’s bodies that began in slavery has yielded in our day portrayals of black female athletes as alternately mannish or overly sexualized, the study found. “Over the years, however, African-American female athletes have employed two routes toward honing their athleticism, while navigating that treacherous terrain,” it says:

For example, when black female basketball teams competed in the early 1900s, the black press touted both their skills and their feminine charms. A similar archetype was at play in the accomplishments of sprinter Florence Griffith Joyner, who was celebrated for both her world-record speed and her hair, makeup and fashion choices. It’s a countermeasure against a larger culture that, as in the case of radio host Don Imus in 2007, could call successful black female athletes “nappy-headed hos.”

The athletes battle assumptions and stigmas, both grand and granular, about their sexuality in the case of basketball players and about their hair in the case of swimmers or gymnasts. They can come under fire from others in the black community for competing in traditionally white sports. And then they face death threats from whites for daring to take to the fairways, among other venues.

“As long as black female athletes are considered the ‘other,’ I’m going to doubt that they will get the kind of respect that we want them to get.”

The Morgan State study finds that these historical and cultural factors continue to have outsize influence on the lives of black female athletes. Hargett recalled reading articles about swimmer Simone Manuel’s historic gold-medal win at the Olympics and being taken aback at how most pieces briefly spoke highly of Manuel before turning to topics that had the effect of undermining her accomplishments.

“It talked about her being the first, and then the rest of the article — all of the article — was not about her,” Hargett said. “It was about why black people don’t swim. Even her moment of great victory was taken away. … Rather than celebrate her excellence, they made her the representation of all little black girls and black boys who don’t swim. I knew nothing else about her. I don’t get to see her, I don’t get to hear her. I get stories about black people who don’t swim and stories about black hair and us not wanting to get our hair wet.”

The partnership between Morgan State and The Undefeated is part of the site’s efforts to work with historically black colleges and universities.

“This report uniquely merges the work of journalists and the journalism educators, who long have been proficient in asking the age-old questions of who, what, where, when and how,” said DeWayne Wickham, founding dean of the School of Global Journalism & Communication. “What makes this work special is that it is done from a uniquely black perspective.

The struggle is real: The unrelenting weight of being a black, female athlete Read now

“I think good journalism is a counterbalance to racial stereotypes. It doesn’t negate them but does expose them, and their purveyors, for what they are,” he said. “I hope that those who view the various parts of this project will see value in our work, and in the partnership that’s been forged between The Undefeated and Morgan’s School of Global Journalism & Communication.”

Reactions to the study may vary, but Kevin Merida, editor-in-chief of The Undefeated, believes it is important to reveal the pattern of what black female athletes have endured.

“Sometimes you have to show people that this is not anything new, and the fact that some of the same terms and the same portrayals have happened over more than a century is telling,” Merida said. “Even the fact that even in the face of it, some of these black female athletes have been successful throughout the course of our history. Now here’s Serena Williams, a black female athlete, and she’s in the conversation for the greatest athlete in the history of our country, period. I think that’s something to point to.”

Coming next month: A new anthem for black female athletes. (Yes, you can dance to it!) And three world-class athletes talk about the personal side of being a black woman in sports.