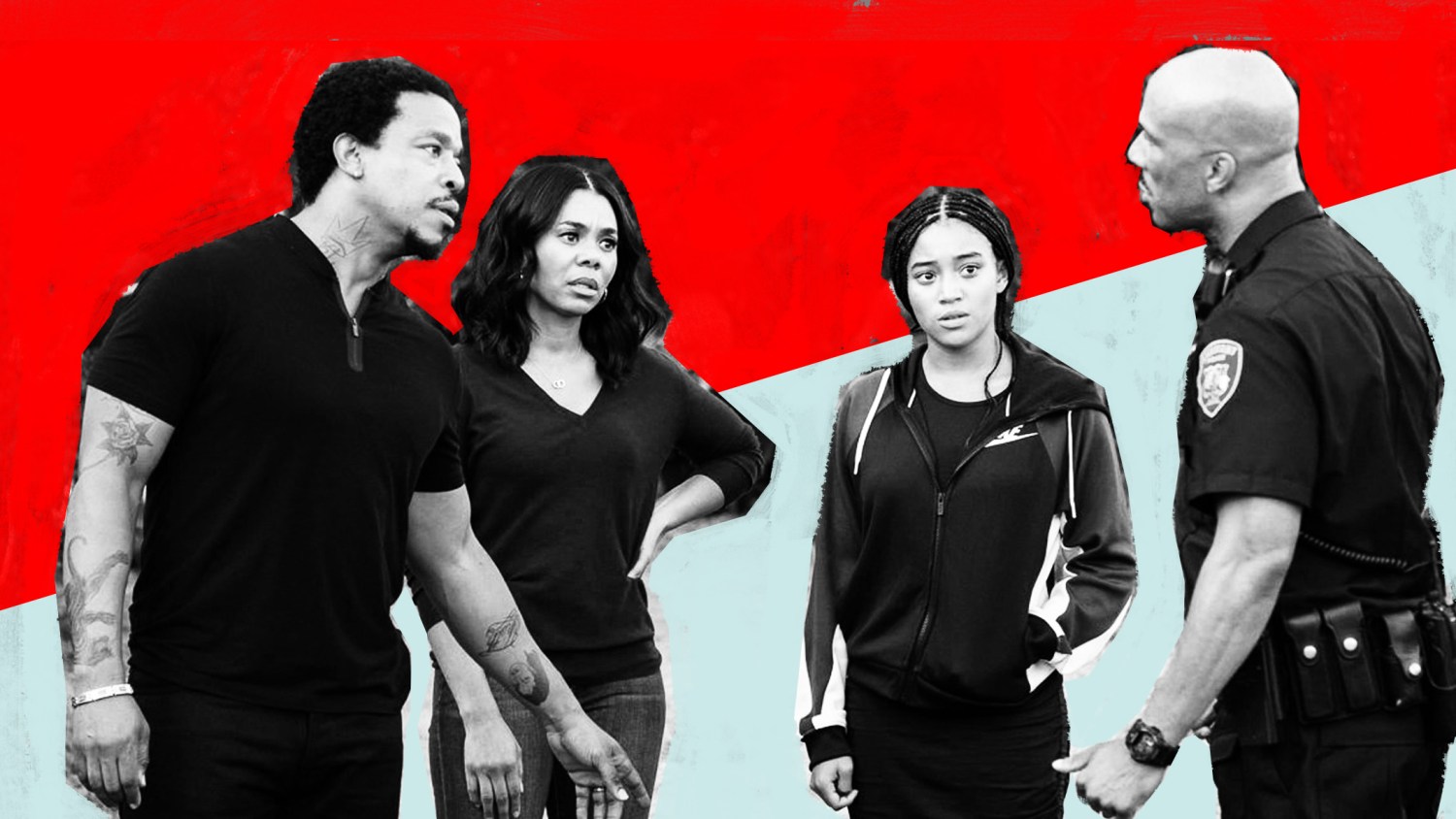 ‘The Hate U Give’ retells the stark realities of today: love, loss, tears

A river of torment and grief runs through the film, but so does one of resilience and joy

Last week, I saw The Hate U Give in a Manhattan multiplex. Before the movie began, the film’s director came on the screen to thank the audience for supporting the movie. By the movie’s end, I wanted to thank George Tillman Jr. and the cast he directed for the often riveting and thought-provoking movie.

Like Sweat, Lynn Nottage’s Pulitzer Prize-winning play, The Hate U Give succeeds on two levels: as a drama and as a vehicle to explore the issues that challenge America. Sweat looks at the corrosion of the American dream in a declining city, a place where the foundation for a good and secure life can no longer be built on the factory floor.

Based on a young adult novel of the same title by Angie Thomas, The Hate U Give tells the story of the shooting of an unarmed black male teenager by a white cop and its aftermath, a story that recalls harrowing headlines from across America. Tupac Shakur’s presence runs through the film. Before his murder in 1996, the rapper, actor and philosopher said he’d inspire someone who’d change the world. And it was his words about anger and violence reaping more anger and violence — the hate you gave — that suggested Thomas’ book title and the underlying premise of the movie.

A river of torment and grief runs through the film. It reminds audiences that police interactions with black people are too often defined by police fears and harmful stereotypes, which sometimes result in unarmed black people getting killed. It also reminds us that young black men are too often the willing executioners of other black people, particularly those in hardscrabble black communities.

But a river of resilience and joy runs through the film too. It shows how powerful and healing black communities can be, especially those bolstered by optimism and faith.

Sometimes, I was Amandla Stenberg’s Starr. She sees an unarmed black male friend named Khalil gunned down by a white cop. But even before that traumatizing event, she’d had to make her way from her struggling black neighborhood to an elite, largely white prep school.

Starr’s film journey reminds me of the ones that pioneering black students made in the 1960s, some to private schools, others to elite public schools, where high standardized test scores paid the cost of admission. Those students carried the hopes and dreams of the ancestors from their old neighborhoods to their new schools. Aside from the encouragement of the neighborhood elders, nobody prepared them for the trip. And nobody prepared the white administrators, white teachers and white students to receive the new black students either.

More than 50 years later, too little has changed.

Sometimes, I thought of myself as Russell Hornsby. He plays Maverick, an imperfect man and father who learns the lesson that life teaches most dads: No matter what principles they hope to help their children live by, their kids will do things without their permission or knowledge. The actions children make, no matter how surprising to their father, can be the young people taking steps toward adulthood. And sometimes the children are ready for that step before their parents and guardians are.

At still other times, I put myself in the place of Common, the rapper and actor who has become the hip-hop generation’s go-to guy when the role calls for a clear-eyed rendering of a solid dude, the guy who shows up at a cookout with enough food to feed everybody and a few extra dollars to run to the store if Mama, Nana or Auntie runs out of something.

In The Hate U Give, Common plays Carlos, a black cop on a white police force. Carlos represents the real-life black men and women who seek to improve white-dominated institutions with their presence and perspectives. But in the film, Carlos acknowledges how even he can see events through the eyes and prejudices that have defined police forces across the country. And that’s never pretty.

What is pretty is the way Algee Smith (as Khalil) kisses Stenberg. That scene reminds me that it’s all too rare to see black girls and women kissed on movie screens in the name of romance and love, especially by black boys and men.

What’s beautiful in the movie is the way Regina Hall, who plays Starr’s mother, Lisa, embraces forgiveness through strength and love.

And what’s most beautiful of all is the way Stenberg, at 19, a wrenching young actress, cries in the movie. Her tears, angry, righteous and powerful, roll down her cheeks, cleansing and renewing, like spring rain.

She cries for us all.

This Story Tagged: Common Pots And Pans Regina Hall The Hate U Give