Muhammad Ali fought for America to understand Islam, not fear it

The GOAT felt a duty to explain his religion in the U.S. and his country to Muslims abroad

In fall 1987, Muhammad Ali made a goodwill visit to Pakistan, where he visited mosques, shrines, schools, hospitals, orphanages, and government offices. Ali believed that such visits were an important part of his Muslim faith, that acts of charity were a means of purifying one’s soul and drawing nearer to Allah.

The former boxing champion distributed thousands of autographed religious pamphlets when he traveled. He lugged them around for hours in oversize briefcases. It kept him strong, he said. But the exercise was only a bonus. Ali said he felt a duty to explain Islam to Americans and to explain America to Muslims.

Everywhere he went, people chanted his name — “Muhammad Ali Clay,” they called him in the Muslim world, using his former last name to differentiate him from the many Muhammad Alis who lived in Muslim countries. People tossed flowers at his passing car and placed garlands around his neck. Dignitaries presented him with expensive gifts, which Ali would often leave for the hotel cleaning crews.

On his 1987 trip, he spoke one night in a rickety old auditorium in Peshawar. Many of the men in the audience were Afghan fighters who had battled Soviet troops. Ali’s voice was slurred but easily understood.

“Many people in America know nothing about Muslims,” he said. “Many people in America know nothing about Prophet Muhammad. America is a big country. America is a beautiful country. All peoples, all races, religions are in America, but the power structure and the news media present a bad picture of Muslims. Whenever Muslims are mentioned, people think about Palestinian guerrillas — whenever Muslims are mentioned, they think about Khomeini, they think about Col. Gadhafi, and whatever he may do that they consider rebellious.

“My fight in the boxing ring was only to make me popular. I never enjoyed boxing. I never enjoyed hurting people, knocking people down. But this world only recognizes power, wealth, and fame … And after hearing the powerful message of Islam, and seeing the beautiful unity in Muslims, after seeing how the children are raised, after seeing the procedures of prayer, after seeing the way we eat, the way we dress, just the whole attitude of Islam, it was so beautiful — I said this is something more people have to know about, this is something more people would accept and join if they really understood. Whether they be black or white, red, yellow, or brown, Christian, Jew, Hindu, Buddhist or atheist, if he hears Islam, reads the Koran, hears the plain truth about Muhammad, he’ll have to be affected in one way or the other.”

We don’t have to guess at what Ali would say in response to this week’s news. In 2016, when then-presidential candidate Donald J. Trump proposed a ban on Muslim immigration to the United States, Ali issued a statement that read in part: “Speaking as someone who has never been accused of political correctness, I believe that our political leaders should use their position to bring understanding about the religion of Islam …”

One can assume that Ali, who died last year, would have been horrified that President Trump followed through on his fear-mongering campaign tactic and used an executive order to shut America’s doors to certain people because of their religion.

Ali traveled widely throughout the Muslim world, and he was acquainted with many American refugees from Muslim countries, people who had fled nations where they had been persecuted, people who were made to feel welcome in America and people who went on to become valued American citizens. 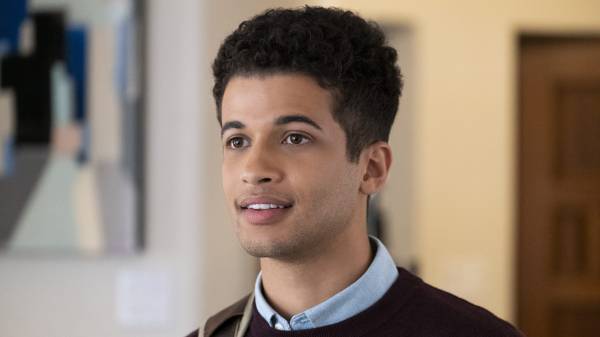 Despite his confrontations with the government through the years, despite the racism and religious discrimination he personally encountered, Ali told audiences around the world that America was still the greatest country of all time.

Ali was a born rebel. He believed that power belonged to the people. He understood that the nation’s greatness came from the sum of its parts. We are a country built by slaves, by refugees, by immigrants, by radicals, by soldiers, by draft dodgers, by people of every political belief and religious faith.

Ali’s story — our story — should remind us that when fear compels us to close our borders and close our minds, we’re not just creating divisions, we’re giving up the fight for what truly makes America great.

Jonathan Eig is the author of Ali: A Life. He can be reached at www.JonathanEig.com