Aggies QB Lamar Raynard is MVP with a two-touchdown performance

ATLANTA — It was, for Lamar Raynard, a tough journey as he attempted to navigate the unexpected impediments that kept stopping him in his tracks as he tried to reach his destination.

The postgame odyssey through the field level tunnel of Mercedes-Benz Stadium — where he encountered exuberant North Carolina A&T fans — proved to be as difficult as his navigating Alcorn State’s vaunted defense after his team’s hard-fought 24-22 win over Alcorn in the Air Force Reserve Celebration Bowl before a crowd of 31,672.

Raynard threw for 292 yards and two touchdowns to help North Carolina A&T to the victory that gave the Aggies the black college football national title. As he walked through fans toward his locker room, he clutched his MVP trophy just as tightly as he held the football during a game where the Mid-Eastern Athletic Conference (MEAC) champs had to hold off a late rally from their Southwestern Athletic Conference (SWAC) opponents.

“We knew they would come back — Alcorn State has a great offense and defense,” Raynard said. “But we, as a team, have been here before. This is not new to us.”

What this game basically came down to in the end: a catch that wasn’t really a catch.

After being completely outplayed in the first half, the Braves pulled to within two points on a 30-yard touchdown run from quarterback Noah Johnson in the fourth quarter and went for a 2-point conversion that would have tied the game with 11:55 remaining.

But while Braves wide receiver Chris Blair caught the 2-point conversion pass from Johnson, officials on the field ruled no catch.

The Alcorn State coaches and fans cried foul, but replays proved that Blair clearly juggled the ball slightly as he was tackled out of bounds. He always maintained possession of the ball that never hit the ground, but that crucial play proved to be the last threat from Alcorn State.

While Raynard’s passing brilliance was key to the Aggies’ win, just as important to the team were the feet of kickoff return specialist Malik Wilson. It was his 79-yard kickoff return for a touchdown with 38 seconds left in the third quarter that increased the Aggies’ lead to 24-16 at the time, killing the buzz and huge momentum shift that had taken place moments earlier after Alcorn State had pulled to within 17-16 on a field goal.

The Alcorn State fans and band members were still celebrating in the stands as Wilson strode into the end zone, crushing their celebratory vibe.

“Every big game we’ve had this year, Malik has found time to make a big play,” Raynard said. “It was beautiful for him to make the play for us and let all of us seniors go out on top.”

That helped offset the late-game heroics from Johnson, the Alcorn State quarterback who rushed for 120 yards and two touchdowns — both of those touchdowns (59 and 30 yards) coming in the second half.

However, Johnson could never provide any liftoff for Alcorn State’s passing game as he threw for only 128 yards with no touchdowns and one interception.

As tough as it was for Johnson throwing the ball for the Braves, it was equally tough for North Carolina A&T’s usually strong running game. The Aggies only gained 38 yards on the ground after averaging 187.3 yards coming into the game.

Marquell Cartwright, who had his second straight 1,000-plus-yard season this year, rushed for only 4 yards — that’s 87 yards below his per-game average.

It was the second time in four years that North Carolina A&T and Alcorn State had faced each other in the black college national championship game, as the Braves looked to avenge their 41-34 loss in the inaugural Celebration Bowl in 2015.

Much of this game was about the brilliance of Raynard, who entered the bowl with a bit of a chip on his shoulder after missing out on MEAC regular-season awards when Caylin Newton of Howard was named the league’s first-team quarterback.

Raynard’s 292 passing yards were almost double the 152.6 yards he averaged going into the game.

And Raynard did that against a Braves defensive unit that led all FCS teams in sacks per game (4.25) and tackles for loss per game (9.3). Raynard was sacked just once, and connected on 15 of his 19 passes on play-action passes. 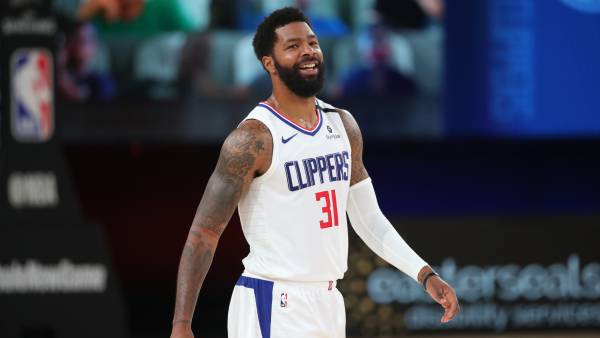 Why the only NBA player who wears ‘Sr.’ on his jersey chose a different message Read now

For North Carolina A&T, the championship win came in a season where first-year coach Sam Washington was able to keep the school’s winning tradition on track.

The Aggies began their season with wins over Jacksonville State and East Carolina, but also suffered a shocking early-season loss to Morgan State.

North Carolina A&T won its last five games to finish with a 10-2 record. Alcorn State, making its first Celebration Bowl appearance since that meeting against the Aggies in 2015, ended its season with a 9-4 record.