NBA and WNBA launch Her Time To Play

Fourteen is a pivotal age for girls. It marks the point at which many of them have dropped out of sports — twice the rate as boys of the same age, according to the Women’s Sports Foundation.

In an attempt to reverse those numbers, this week the NBA announced Her Time To Play, a new initiative to inspire girls ages 7-14 to learn and play basketball.

“In the age range of 7 to 14, when girls are facing many of the challenges, we’ve seen decline in participation,” said David Krichavsky, NBA vice president of youth basketball development. “We’ve also seen that there aren’t as many opportunities for women to serve in coaching and mentorship roles for girls. So we’ve launched a program this year as part of our Jr. NBA Week,” which runs Oct. 8-15.

The program will provide hundreds of youth organizations with a free basketball curriculum and life skills lessons developed specifically for young women. It also aims to train and license 500 new female coaches and mentors through USA Basketball’s Coach Licensing Program. Select coaches will be honored at the 2019 Jr. NBA Youth Basketball Leadership Conference for their commitment to growing the game.

“The response from the basketball community, the WNBA community and on social media has been that this is a truly important campaign, and a timely one too,” Krichavsky said. “We’re dealing with a society that’s evolving in a lot of ways, and we think this meets the needs of girls today.”

Her Time To Play is a collaboration with the WNBA, USA Basketball, YMCA of the USA, the Women’s Basketball Coaches Association, Boys & Girls Clubs of America and the Women’s Sports Foundation.

Delle Donne couldn’t play at one point because of injury and Lyme disease. She described how she “learned to push through some tough situations and ask for help.”

Ogwumike struggled with self-confidence. “I was lucky to have amazing coaches and teammates who made it feel like family,” she said. “They cared about me and helped me find out what I was best at as an athlete.”

The 30 NBA teams will host basketball events and programs for local youths to celebrate Jr. NBA Week, including special activities to tip off Her Time To Play. For example, on Saturday, Gordon Hayward will host a Jr. NBA clinic for 30 girls in Boston, leading them in basketball skills and drills and an off-court leadership activity alongside his wife, Robyn.

The Jr. NBA is the official youth basketball development platform of the NBA, the WNBA and the G League. It was relaunched in 2015 with a focus on increasing participation and making sure kids have an opportunity to learn the fundamentals of the game as well as core values and life skills. 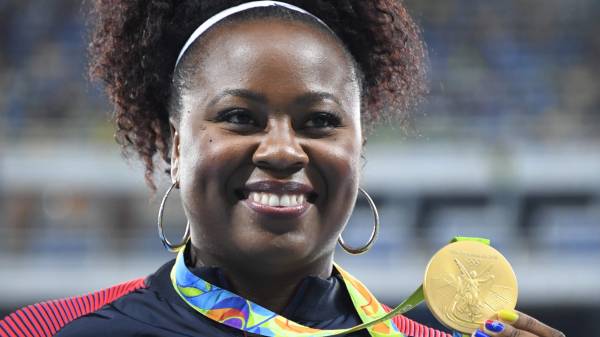 “We know the role that sports can play, and basketball in particular, in helping girls face challenges of youth, so we have this free curriculum that’s designed not only to teach on-court skill development but also life skills off the court in really important areas like nutrition and wellness,” Krichavsky said.

“We’re continuing to do a lot of work in terms of developing on- and off-court skills with boys. We have a program with the organization called A Call to Men, which does work around teaching boys and men about gender norms, gender roles; it works to eliminate gender violence,” he said. “So we have a separate campaign and will continue that campaign to also speak to coaches and to boys about ways they can appropriately work with and interact with girls and women.”