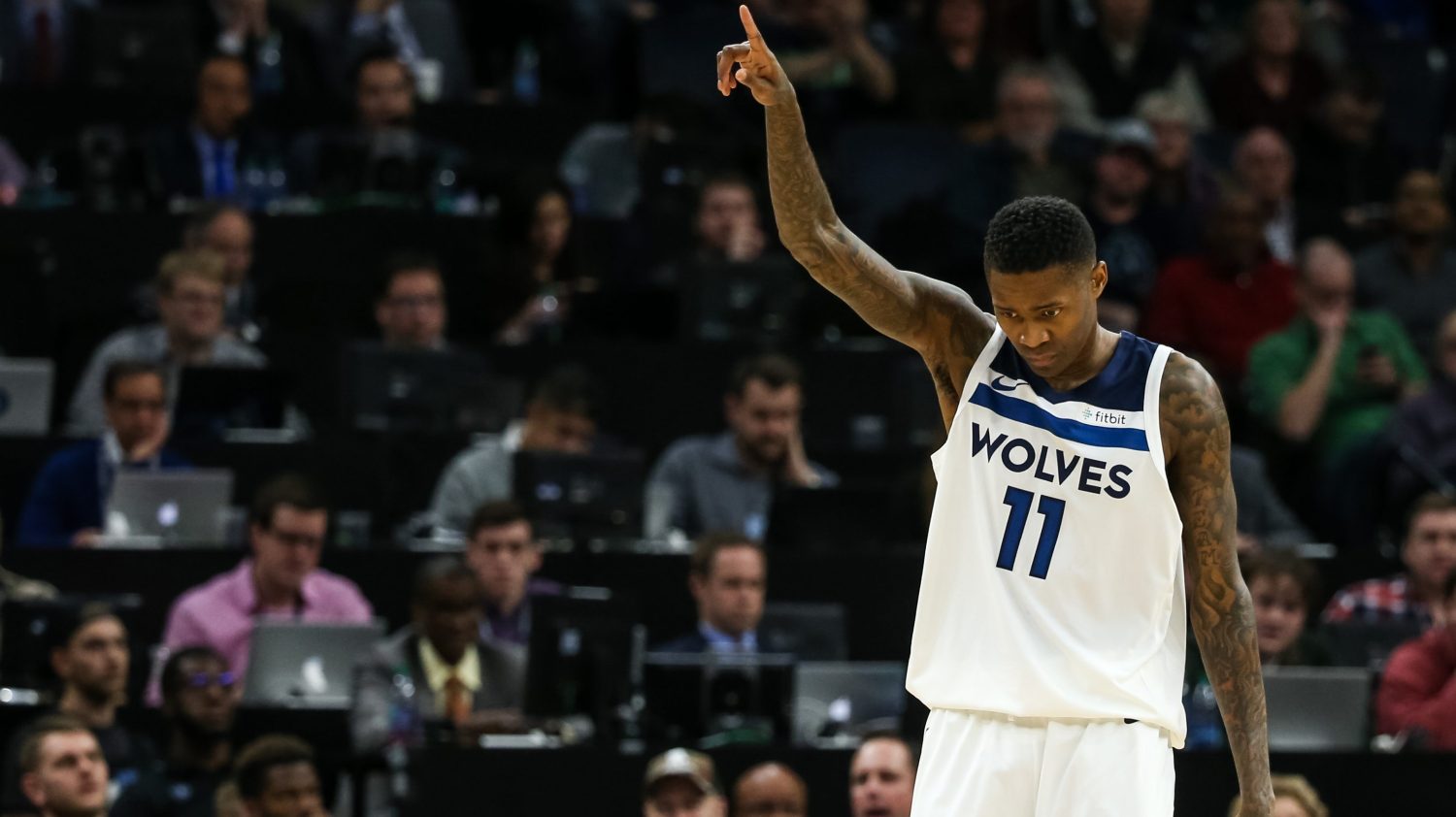 The 18-year vet could miss his first training camp ever, and he’s OK with that

Jamal Crawford has spent the past 18 years in various NBA training camps: Chicago, New York, Oakland, Atlanta, Portland, Los Angeles and Minneapolis. But this year he is expected to begin training camp in his native Seattle, where there is no team.

The 38-year-old guard is still a free agent.

“If you would have asked before if I thought it would go this long, I’d say no,” Crawford told The Undefeated. “But, I guess it’s kind of a special circumstance with the way the league is going, the market and different things of that nature. But I’m fine. I’m actually really, really good.

“I know I will be somewhere at some point. It will work out the way it’s supposed to. That’s the part where I’m like, ‘Hey, at least you get more time with your family right now.’ That part is a plus.”

Crawford has averaged 15 points, 3.4 assists and 1.7 3-pointers made per game during his 18-year NBA career. The three-time Sixth Man of the Year is one of the best reserves the league has ever seen. At 6 feet, 5 inches and 200 pounds, he is a feared scorer with deep range who can create a shot at a moment’s notice with his Curly Neal-like dribbling. He has not averaged less than 10 points per game since his second season in the league.

“I don’t reflect on my career because it’s still going,” Crawford said. “But what I’m most proud about in my career so far is that I’ve played for 18 different coaches who all see things differently. And I found a way to not only thrive but survive.”

Crawford’s latest NBA stop was with the Minnesota Timberwolves, where things didn’t go as planned in 2017-18.

Crawford was expecting solid minutes and a major role off the bench on an up-and-coming team with Jimmy Butler, Karl-Anthony Towns and Andrew Wiggins. But Minnesota last season played Crawford 20.7 minutes per game, the lowest average since his rookie season. He averaged 10.3 points on the season, the third-lowest season scoring average of his career. And he ultimately opted out of his contract (which would’ve paid him $4.5 million this season) to become a free agent.

“It just wasn’t a happy environment,” Crawford said. “I thought I would be playing more before I signed. It ended up being the second fewest minutes I’ve ever played. Just wasn’t a fit or went like I was under the impression it would.”

Crawford is still getting paid by the Atlanta Hawks on a previous contract he was bought out of last year. So if he signs for the veteran’s minimum of $2.4 million, the combined income would still be about what he would have made in Minnesota. The Boston Celtics, Philadelphia 76ers, Golden State Warriors and Los Angeles Lakers have all shown interest, a source said, but none has offered a contract. Crawford said he has declined offers at “lower levels” that were not the right fit.

“There is interest,” Crawford said. “I could just sign a deal to sign a deal. I’m just waiting for the situation where I think I can help where I fit well. I don’t want to sign something just to sign it.

“I’m not saying ‘championship or bust.’ A team on the rise makes sense. I bring a specific skill set, so a team that needs me instead of just, ‘Oh, that can work.’ I feel like I just went through that last season, and I don’t want to do that again.”

Crawford says he has been staying in shape by working out daily and playing basketball regularly. So while he waits for the right opportunity, he says, his spirits are still high as he is rewarded with more time with his wife, Tori, and his kids.

“It’s different, but it’s not the worst thing, to be honest,” Crawford said. “This is the first time where my family are not separate from the standpoint of not living together in the same city. I had to get the kids to school and continue with our [family] business that we have to take care of.

“For me, it’s not the worst thing in the world because I’m spending time with them. I’m just staying ready and being patient.”