I interviewed Jeremy Lin for the first time in 2013. It was the All-Star break in Houston, almost exactly one year after Linsanity. After we wrapped the interview, I mumbled something to him about loving everything he was doing for Asian culture. I couldn’t contain myself.

I was 32 then, and still evolving in my own journey of self-discovery. It wasn’t the best example of professionalism, but Lin was my Jackie Robinson. I don’t say that to exaggerate or make false equivalencies, but I need to emphasize Lin’s impact on me and much of the Asian American community as a transcendent breaker of stereotypes.

When I saw him, I couldn’t suppress a lifetime of marginalized representation. While I don’t remember exactly what I said, I do remember his reaction: politely acknowledging me, then walking away with this look of exhaustion on his face, as if to say, “Thanks, but I’m more than just my race.”

The expectation for one individual to represent an entire race is a common microaggression in communities of color and I was guilty of it, regardless of my intentions. It’s as if one’s entire existence is reduced to a single characteristic: appearance. That can be irritating in a work Zoom or classroom discussion, so imagine shouldering the hopes, expectations and projections of a representation-craved community of more than 23 million people in 50-plus ethnic groups with 100-plus different languages … all at the age of 23?

That’s been Lin’s life for the better part of a decade, where he’s been the only non-ethnically ambiguous Asian American player in the NBA universe (shouts to Filipino American Jordan Clarkson). 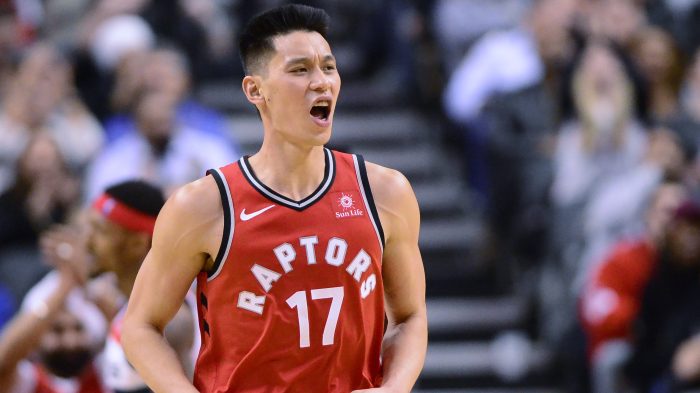 Jeremy Lin: ‘There’s definitely some bittersweetness to my career’Read now

“To the next generation of Asian American ballers – man, I so wish I could have done more on the NBA court to break more barriers – esp now – but you guys got next. When you get your shot, do NOT hesitate. Don’t worry whether anyone else thinks you belong. The world never will. If there’s any chance to doubt, they will. But when you get your foot in the door, KICK THAT DOOR DOWN. And then bring others up with you. I didn’t get it done, but I have no regrets. I gave my ALL and hold my head high.”

The words “I didn’t get it done” really stuck with me. Lin’s been honest about wishing he had done more for Asian American and Pacific Islander issues over the course of his career, especially when he had the world’s microphone during Linsanity. But the complete underestimation of his advocacy efforts aside, his racial journey mirrors the movement currently happening in this country, where many Asian Americans are becoming empowered to buck cultural norms and voice their experiences against the rise of discrimination and xenophobia toward Asians.

the lasting impact of linsanity

To understand Lin’s racial evolution we must revisit the impact of Linsanity, the record-breaking, 26-game streak that thrust him into the spotlight. Bing Chen, the co-founder of Gold House, a nonprofit promoting Asian unity and representation, said the moment was a colossal step for Asian visibility.

“It wasn’t just that they were talking about him – it’s that it felt like they were talking about us,” Chen told The Undefeated via email. “It felt like with every shot, we were shattering another ceiling in a place no one expected us to occupy. That’s the type of inclusion we need – not just a dismantling of pernicious stereotypes, not just continued ascension in places we already thrive, but penetration in spaces that never welcomed us.”

There had been Asians and Asian Americans in the NBA before Lin (much respect to Wat Misaka, Raymond Townsend, Rex Walters), but Lin hit differently. He wasn’t a 7-foot-6 giant like Yao Ming. Lin was the neighborhood kid who shared some of the same experiences as many children of first-generation immigrants, an important distinction for filmmaker Brian Yang, who happened to be following Lin for a documentary when Linsanity blew up.

“It showed that the mainstream could appreciate an Asian American man who played sports,” said Yang via email. “We just so seldomly see it that I think sometimes even Asian Americans are conditioned to assume that we could never be embraced by the public for excelling at sports, music, or entertainment. Jeremy blew that idea to smithereens. He showed that if you have the talent, fans and supporters of all colors and creeds will follow.”

It was a win for all Asian Americans, not just those of Far East descent, said comic Hari Kondabolu, who’s been honored for his groundbreaking work tackling racial stereotypes. 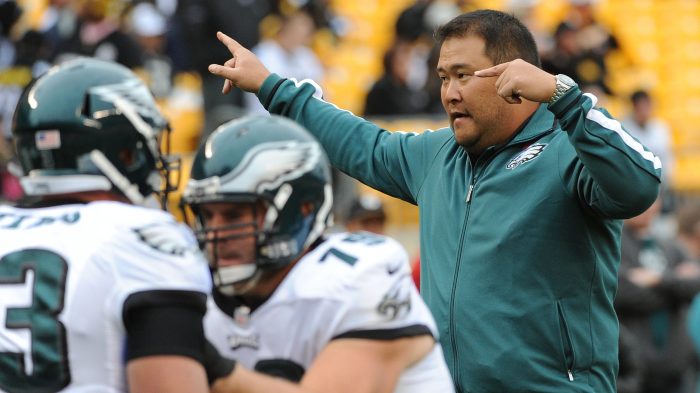 Eugene Chung: ‘I’ve been silent for far too long’Read now

“I’m South Asian, but Jeremy Lin breaking through felt like a victory for me. It gave me hope that maybe a brown dude could be next,” said Kondabolu, who’s still upset New York Knicks owner James Dolan didn’t re-sign Lin. “It wasn’t surprising to me that a great Asian American basketball player existed since I grew up in Queens and knew all sorts of people who could ball. For me, it wasn’t ‘I can’t believe he exists,’ but, ‘I can’t believe he broke through.’ ”

“Jeremy’s explosion spawned things like ‘C—k in the Armor’ and allowed me to let non-Asians, and yes, even some Asians who didn’t care about these things before, to know this wasn’t acceptable,” said Youngmisuk, whose mother was asking from Thailand about Lin at the time. “If there’s no Jeremy, we aren’t even talking about those things.”

As Lin lamented in his post about not doing enough for Asian American ballers, that couldn’t be further from the truth for senior UCLA guard Natalie Chou, an All-Pac-12 honorable mention this past season.

“Jeremy helped me realize that my dreams of playing Division I basketball wasn’t far-fetched and impossible,” Chou told The Undefeated via email. “That someone who came from the same background and culture is doing exactly what I have dreamed my whole life. It gave me more confidence, belief and faith in myself.”

From afar, it wasn’t easy to see Lin’s struggles with being a cultural ambassador. His very existence in the NBA was a form of advocacy. But following Lin up close and documenting every step of the way, Yang could see his reluctance.

“It wasn’t that he wasn’t proud to be Asian, but that he didn’t want to wear his Asianness on his sleeve. He didn’t want to let that define him or be the lead thing about him since he just wanted to hoop,” said Yang. “I think as he got more comfortable in his own skin and understood the big picture, his unique perch, the legacy he will leave behind, he just became as equally comfortable with draining jumpers as he is with draining hate, hunger, and stereotypes on a day-to-day basis.”

According to the National Museum of African American History and Culture’s Racial Identity Development models, there are five main stages of how ethnic minorities develop their racial identity: conformity (preference for dominant cultural values, possible devaluation of own group), dissonance/appreciation (questioning of identity, recognizing conflicting messages, growing appreciation of own group), resistance/immersion (preference for own cultural heritage, rejection of dominant culture), introspection (broadening perspective but can experience conflicts of loyalty), and integrative awareness (confidence in racial identity, supporting all diverse groups).

As is the case when it comes to theories, this isn’t a binary, all-or-nothing model that applies to everyone’s racial development. That said, Lin appears to be in the stage of creating integrative awareness: maintaining pride in his heritage while committed to supporting all marginalized groups. He’s engaging in honest, cross-cultural dialogue, especially between Black and Asian communities, on issues such as cultural appropriation, racial unity and anti-Asian sentiment, which he recently addressed with Matt Barnes and Stephen Jackson on the All the Smoke podcast.

Lin’s courage in addressing these topics and showing his own vulnerability has helped others find their voice, according to Madalene Mielke, president and CEO of the Asian Pacific American Institute for Congressional Studies, an organization that promotes civic participation.

“The Asian American community is known to underreport when hate crimes or incidents occur and [Lin’s] courage in talking about painful moments in his life have helped others feel more comfortable in reporting their experiences,” said Mielke. “He continues to lead by example by also showing that allyship is equally important when thinking of other communities when overcoming racism.”

The recent coverage of anti-Asian hate has created an inflection point in the Asian American movement. Like Lin, many in the Asian American community, are consciously or subconsciously going through various stages of racial identity development. And like all races and ethnicities, the Asian American experience is not a monolith. There is no singular “right” way to be Asian American, and that’s a concept many from underrepresented backgrounds struggle with: Am I Asian/Black/Latino enough? Am I being too Asian/Black/Latino? But who created those guidelines in the first place? Why am I conditioned to even think that way? The answers often lie not with the individual, but in the system, as many of us learned through the tragic events of 2020, including the murder of George Floyd. All of this to say, everyone is in a different place in their journey toward self-discovery.

“I think [Jeremy] is feeling what many of us are, that we can’t be silent anymore, can’t be passive,” said Youngmisuk. “We can’t just sit there and hope things get better. We have to say something. We have to use this moment of horrific attacks to speak up, to let people know we have a voice, we have an identity, we aren’t afraid, that we need to be heard and seen. I have to think that him using his platform to do just that has inspired many others to do the same whereas they might’ve typically just stayed in their shell.”

“[Jeremy’s] really come into his own as a voice and leader in our community with everything he’s doing off the court,” added Yang. “He’s single-handedly done so much to change the perception of Asian Americans through a platform that perhaps can get through better to members of other communities more meaningfully than others.”

Said Chou, who’s also used her platform to speak out about racial inequities: “As athletes, we have a platform and responsibility to speak out for what we think is right. … As someone who is fighting the same fight, seeing [Jeremy’s] consistency, passion and determination fuels me.”

That’s why even if Jeremy Lin never plays another second of NBA ball, his legacy will forever be intact. And Linsanity won’t be his crowning moment.