The Denzealouts are a nod to Denzel Washington movies. Why? Why not?

With all due respect to Jack Nicholson, Spike Lee, E-40, Drake and Billy Crystal, Los Angeles Lakers courtside season-ticket holder Denzel Washington is the coolest NBA fan. So in honor of the two-time Academy Award winner, The Undefeated’s 2017-18 NBA midseason awards are named after Washington’s movie roles, other characters in his movies or the movie itself.

We’re calling them “The Denzealots,” after the name given to listeners of the amazing now-deceased podcast Denzel Washington Is the Greatest Actor of All Time Period, from comedians W. Kamau Bell and Kevin Avery.

And the winners are …

DeMar DeRozan and LeBron James have been the top two players in the NBA so far with clutch points. DeRozan gets the edge because of his degree of difficulty in nailing those shots without the physical attributes that James possesses.

When players talk about best player in the league, James is usually the first name that comes up. It’s tough to imagine an NBA star playing better in season 15 than he did in season 10. But James is doing just that. 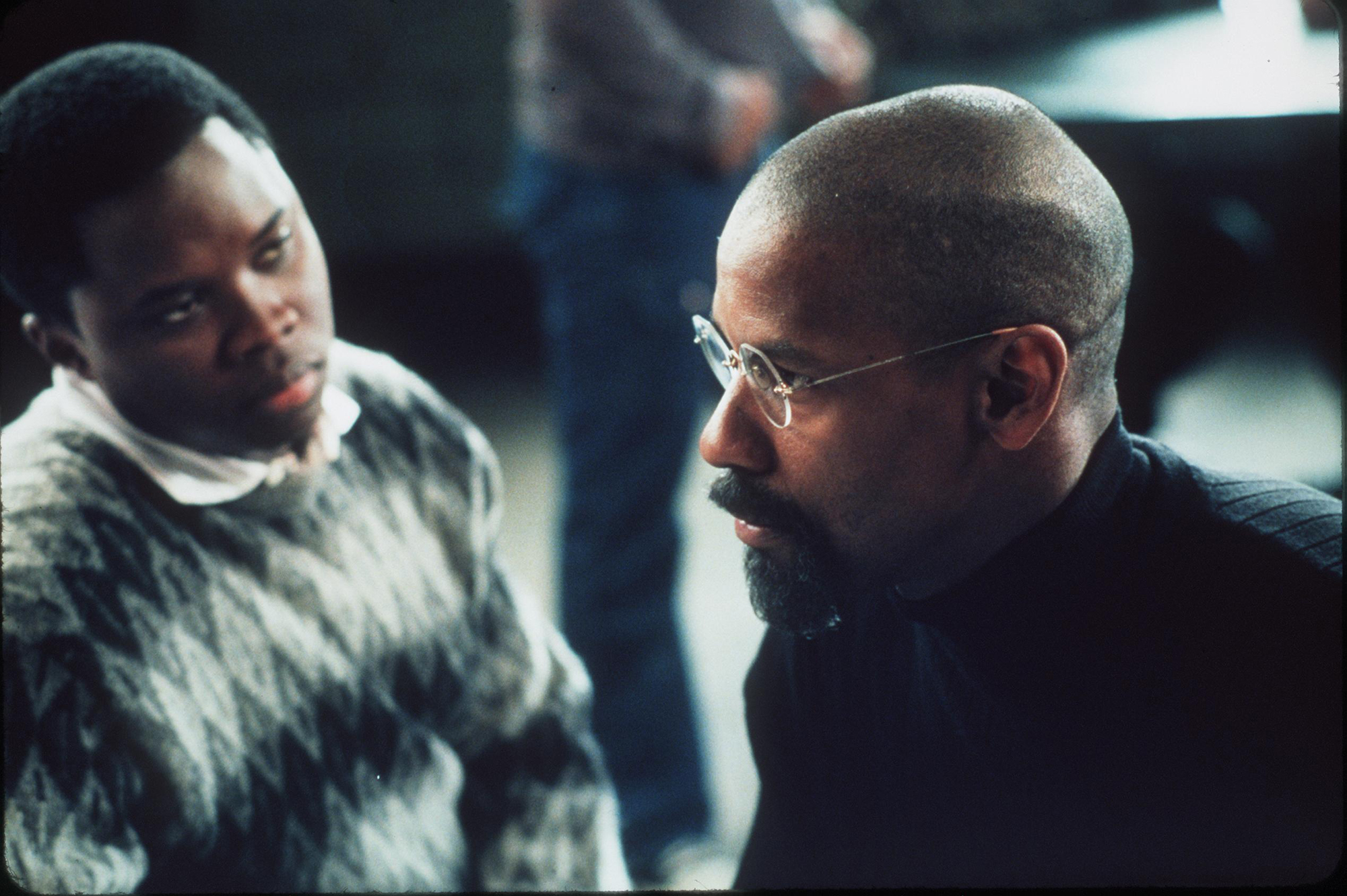 Did you see that quick punch that the Miami Heat’s James Johnson recently landed on bigger Toronto Raptors forward Serge Ibaka that got him suspended? James is also a second-degree black belt in martial arts who has been fighting since childhood.

David West gave James a forearm shiver during a regular-season game last season. The svelte 6-foot-9, 250-pounder has been in a few NBA dustups and is rumored to lift weights after games.

Houston Rockets guard Gerald Green had the Rockets logo braided in his hair after signing with the team in late December 2017. The Houston native recently changed to an Astros logo in his hair.

Golden State Warriors guard Stephen Curry is the NBA’s most feared 3-point shooter, perhaps of all time. The two-time NBA MVP nailed 10 3-pointers in a game this season.

LaVar Ball, the founder of Big Baller Brand, finds a way to stay in the spotlight and draw the ire of the basketball world with his comedic and outspoken ways. Ball’s latest controversy was saying that Lakers coach Luke Walton had lost his players.

Joel Embiid’s antics are so loud that they even worked against Oklahoma City Thunder guard Russell Westbrook. Whether it’s opponents or referees, Draymond Green always gets a word in — loudly.

If the playoffs were to start today, Erik Spoelstra’s Heat would not only be in, they would be the fourth seed in the East. Keep in mind that Miami may not even have an All-Star this season.

The Rockets and Boston Celtics have shown signs of being the NBA’s best team. But when the Warriors are healthy, they seem unbeatable with their quadruple All-Star lineup.

San Antonio Spurs guard Manu Ginobili got consideration as well. But Sacramento Kings forward Vince Carter (“Vinsanity”), who turns 41 on Jan. 26, wins the award for scoring 24 points in a win over James and the Cavs on Dec. 27.

This season’s rookie class will go down as one of the best of all time. But Sixers guard Ben Simmons wins for having the best all-around game as one of the rookie leaders in scoring, rebounding, assists and steals.

Curry and several of his Golden State teammates expressed a lack of interest in taking a trip to the White House to celebrate their 2017 NBA championship. President Donald Trump uninvited Curry, and essentially the Warriors, afterward.

James Harden and the Rockets were successful before the arrival of the veteran Paul. But when Paul and Harden have been healthy, the Rockets have been basically unbeatable with the newcomer Paul setting the tone.

Giannis Antetokounmpo, “The Greek Freak,” has been lost in the shadow of other elite NBA players. But NBA fans showed their love for him by making him the leading vote-getter in the first ballot returns for starters at the 2018 NBA All-Star Game.

Green’s teammate, Kevin Durant, may be the 2017 NBA Defensive Player of the Year’s biggest competition for the award. Green is a stifling defender who always seems to make a big defensive stop in the clutch.

Embiid has brought back the old-school post game reminiscent of Hall of Famers Hakeem Olajuwon and Kevin McHale. New Orleans Pelicans center DeMarcus Cousins also has a nice post game, but Embiid gets the nod.

Durant is having perhaps the best season of his illustrious career, one he has boosted with defensive play that is garnering NBA Defensive Player of the Year attention. The new member of the 20,000-point club believes he is one of the greats not only now but in NBA history. Hard to argue.