LAKE BUENA VISTA, Fla. – Los Angeles Lakers guard Danny Green proposed to his longtime girlfriend Blair Bashen on June 14 at a Southern California beach. About three weeks later, Green departed with only the Lakers across the country to the Walt Disney World Resort to resume the NBA season suspended by the pandemic.

On Monday, Green will be reunited with his fiancee after nearly two months in the NBA bubble. NBA players whose teams have advanced to the second round of the playoffs can begin reuniting with select loved ones this week. So, for Green, that means seeing his fiancee as the title-contending Lakers prepare for the second round of the playoffs after eliminating the Portland Trail Blazers on Aug. 29.

“My mind was in one place and my heart is in another,” Green said. “We’re tired of being in here. We wanted our families to be here, and some are on their way here. Some of our families are quarantining right outside the bubble. Some will be here in a couple of days. We know that is going to make things better for us.”

Sorry it took so long babe! just wanted to be able to get you the ring you deserved and couldn’t afford it until now 😂 love you with all my heart and Im so lucky to have had you by my side these past 5 years…many more years to come! Here’s to forever!🥂 #ItsOfficialNow #HappyAnniversary 💚💚💚💚💚 #shesaidYESbtw lol

The NBA and the players association previously agreed to up to three family members and/or nonfamily members with “long-standing relationships” were able to quarantine for access into the bubble. ESPN’s Adrian Wojnarowski previously reported that “negotiated terms that preclude players from hosting guests who would be deemed as wholly casual in nature, including ‘known by the player only through social media or an intermediary.’ ”

The NBA and NBA Players’ Association agreed to limiting the number of guests on campus during the pandemic for health reasons.

Each NBA team that advanced to the second round was given an additional 17 hotel rooms for guests. Monday is the earliest that NBA guests can clear quarantine and enter the bubble.

One veteran NBA player on a team projected to make the second round said he is getting adjoining rooms for himself and his wife and three kids. Toronto Raptors guard Fred VanVleet said players have debated about whether to bring children to the adult-laden bubble. VanVleet ultimately decided to bring his girlfriend, Shontai Neal, and their young daughter, Sanaa, and infant son Fred Jr.

“I’ve been looking forward to seeing my family for a while now. Obviously, there was a big debate about whether to bring them,” VanVleet told The Undefeated. “It’s not the best of circumstances to bring two small children and have them quarantined and tested … But we made a decision for them to come. So, I just hope they are as excited to see me as I am to see them.

“I know when I get home I feel like Superman because they come running to me. But I will probably be running to them this time. I can’t wait to be able to see them, and I miss my girl, and just being able to have that affection and that love. That’s a big part of my everyday life, and having to have them here with me, I think that would help right now, for sure.”

Los Angeles Clippers forwad Paul George misses his two young daughters dearly, but decided it was better for them to stay at home because the bubble is primarily set up for adults.

“It’s Disney, but it’s not kid-friendly here,” George said. “There is not a lot for kids to do here. There is a pool and that is it. I don’t want to put my kids through having to get tested every day. I know my girl would go crazy being quarantined four days with kids.”

George told The Undefeated that his partner, Daniela Rajic, is slated to enter the bubble on Friday after completing quarantine. Rajic and others associated with Clippers players who quarantined first from home will arrive in Orlando on Monday and quarantine until Friday. George said he dealt with depression last week in part because he was away from his family for two months with the Clippers in the NBA bubble. George said his parents also could be coming later, but seeing Rajic will be “a big relief.”

“It’s just someone you can talk to outside of basketball,” George told The Undefeated. “For me, it’s a female companion. My girl. Different conversations to have. … It’s just going to change a lot. It’s like bringing a piece of home here and making it more homelike.”

Players are also allowed to give one ticket per game. Having loved ones at games will also add to the environment.

George says Rajic plans on spending time working on her swimwear line while in the bubble and would be allowed to use the allotted ticket to attend the game.

“She says she will have time to make up new ideas for the bathing suits. She is thinking positive about what she can do,” George said.

Guests from the Oklahoma City Thunder and Houston Rockets are at a standstill as both teams will be playing in Game 6 of their first round series on Monday. Denver Nuggets rookie forward Michael Porter Jr.’s father, Porter Sr., has been quarantining in the bubble area since Aug. 24 and can enter if Denver advances. But the Nuggets are down 3-2 in a best of seven first round series against the Utah Jazz and are facing elimination Sunday.

If an NBA team is eliminated from the playoffs while their loved ones are quarantining, they will not be allowed to enter the bubble.

“He wants to share the bubble with me and for me to live vicariously through him playingwise,”Porter Sr., a former Missouri assistant coach and former University of New Orleans guard.

NBA coaches and other team personnel are not allowed to bring a guest into the bubble. One NBA head coach told The Undefeated that he wished he could bring his son into the bubble. Clippers head coach Doc Rivers said the coaches sacrificed being able to bring in personal guests in order to bring extra team staff. NBA teams can only have 35 employees, including players, in the bubble. The goal has always been to have fewer than 1,500 people inside the bubble.

“I’m fine with that. I don’t love it, but it’s a sacrifice. You make sacrifices. That’s the way I look at it. And the sacrifice is the players can get their families in and we can get our staffs in. It’s a sacrifice we need to make,” Rivers told The Undefeated.

Rivers, however, does have his son, Houston Rockets guard Austin Rivers, and son-in-law, Dallas Mavericks guard Seth Curry, playing. Rivers saw his son play against the Thunder on Aug. 29 during a Clippers off day.

NBA referees are allowed to bring one guest, but two NBA referees told The Undefeated they didn’t think any officials would. One NBA referee said they would have to pay about $700 per day for their loved ones to quarantine, which would include a room, food and COVID-19 tests.

“I don’t think anyone is doing it, so it hasn’t been a conversation for us since the day we got here,” one NBA referee told The Undefeated. 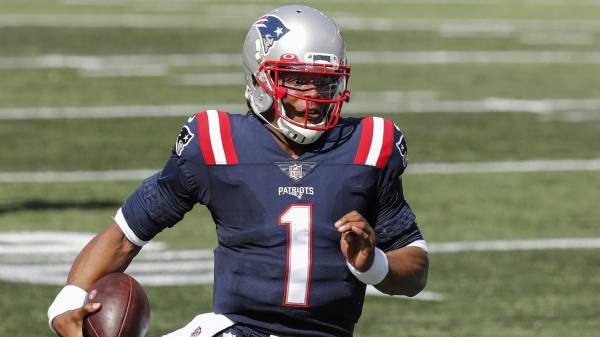 Said another referee: “Our limit was one. You going to bring [your] wife and leave your kids at home?”

There will be wives, girlfriends, children, parents and other friends entering the bubble soon. It will feel like home away from home for a lot of NBA players. Green, however, wishes that man’s best friend was invited, too.

“I would love to have my dogs in,” Green said. “But they’re not allowing pets. Pets will definitely lighten the mood. That would help. Anybody who has any type of say-so, get some dogs in here. But I have my fiancee coming in.”