‘You can put stories on a uniform, and the uniform can become a bridge to that next generation’

As the NBA celebrates its 75th anniversary season, teams across the league will be debuting new uniforms beginning on Christmas Day that will look to blend design details and elements of their franchise histories into one unified look and new expression.

After Nike’s eight-year, $1 billion partnership with the NBA began in 2017, the design and marketing teams based in Beaverton, Oregon, and Secaucus, New Jersey, looked ahead to the 2021-22 season as a landmark year for the association.

“We went to Nike in August of 2019,” said Christopher Arena, the NBA Head of On-Court Brand Partnerships, “and said, ‘Hey, we’ve got the 75th anniversary season [coming up], how are we going to celebrate it?’ ”

For the 1996-97 regular season, the league’s 50th anniversary year and last major milestone season to receive this much planning, a select group of original franchises wore Hardwood Classics uniforms that honored a storied chapter in each team’s history.

Occurring before the dawn of the throwback jersey era at the turn of the century, the celebration was short-lived, with the past looks worn on just a few occasions. The gold-outlined NBA logo affixed on jerseys and shorts for all of the then-29 teams became the memorable detail incorporated for the golden anniversary.

This time around, according to Arena, Nike came back to the league with a simple insight and starting point: “Remember the mixtape you would make? Let’s just do that – take all of these different eras and put them together.” 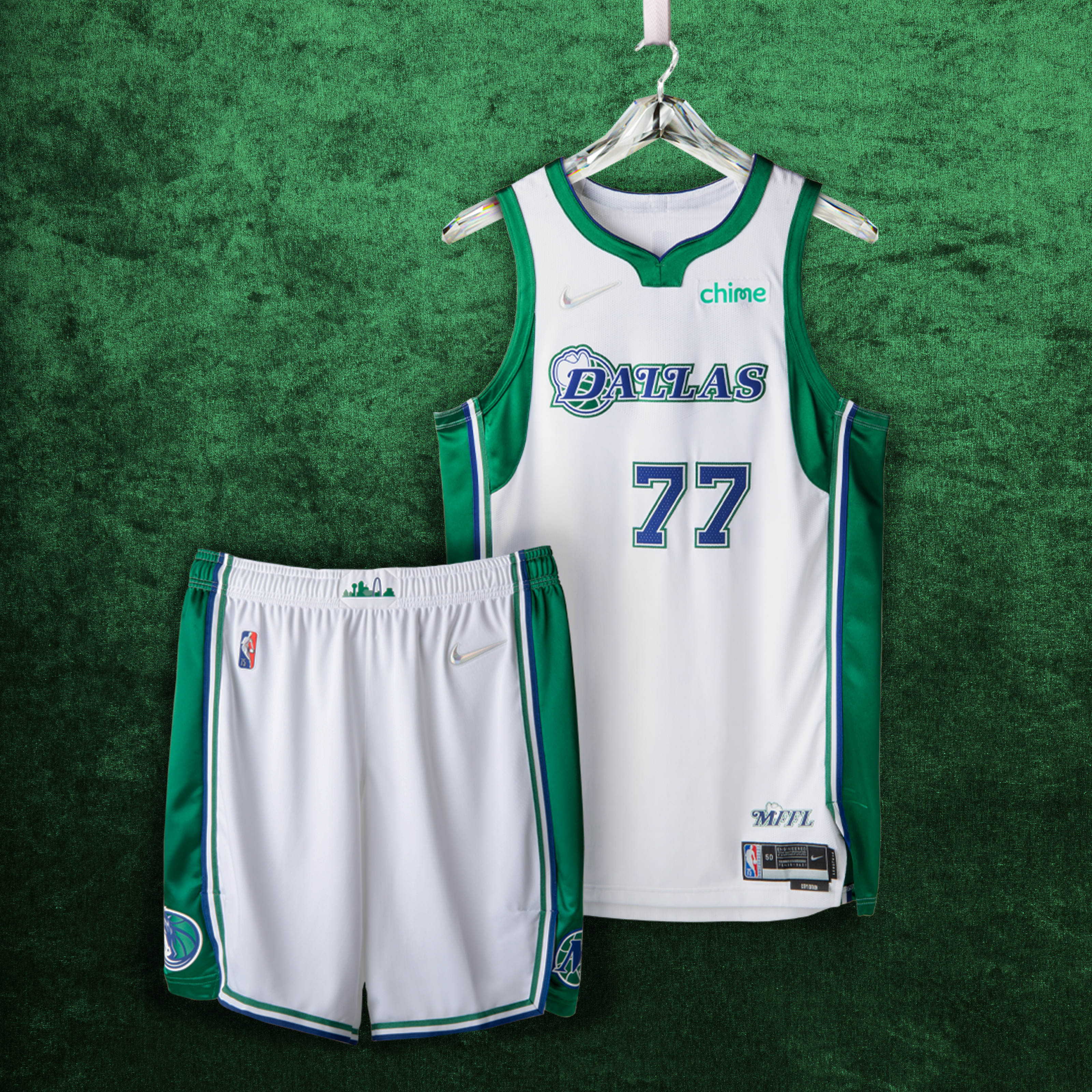 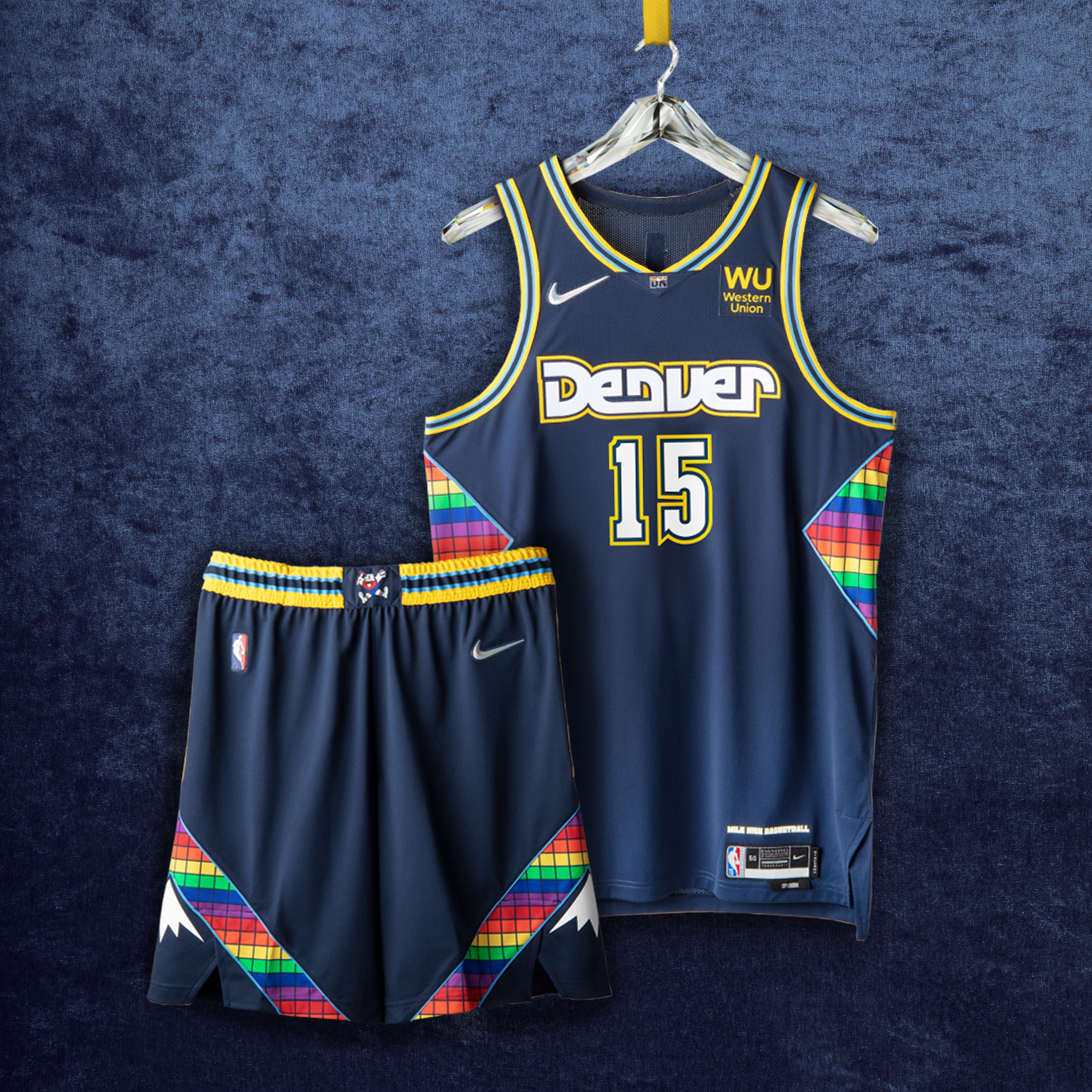 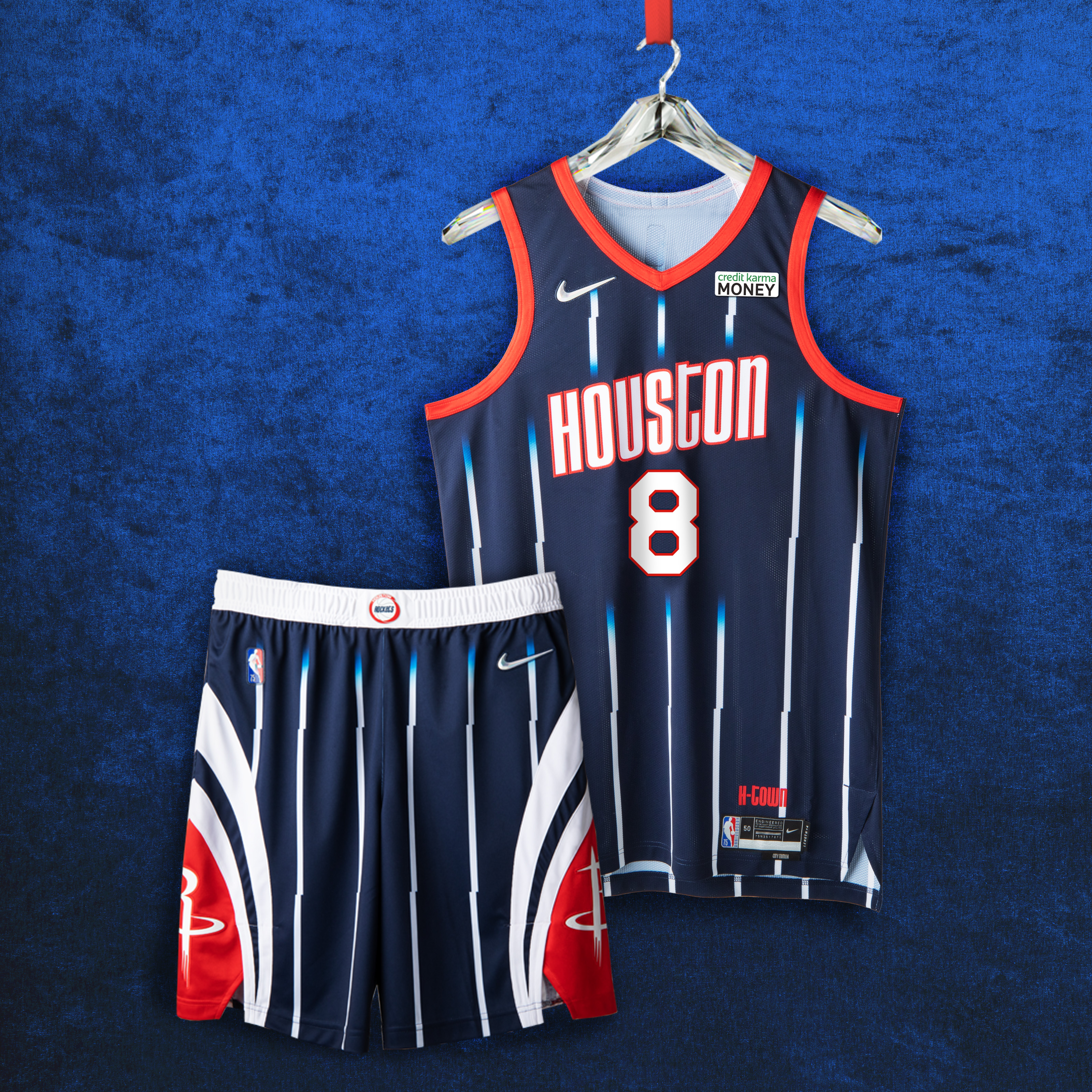 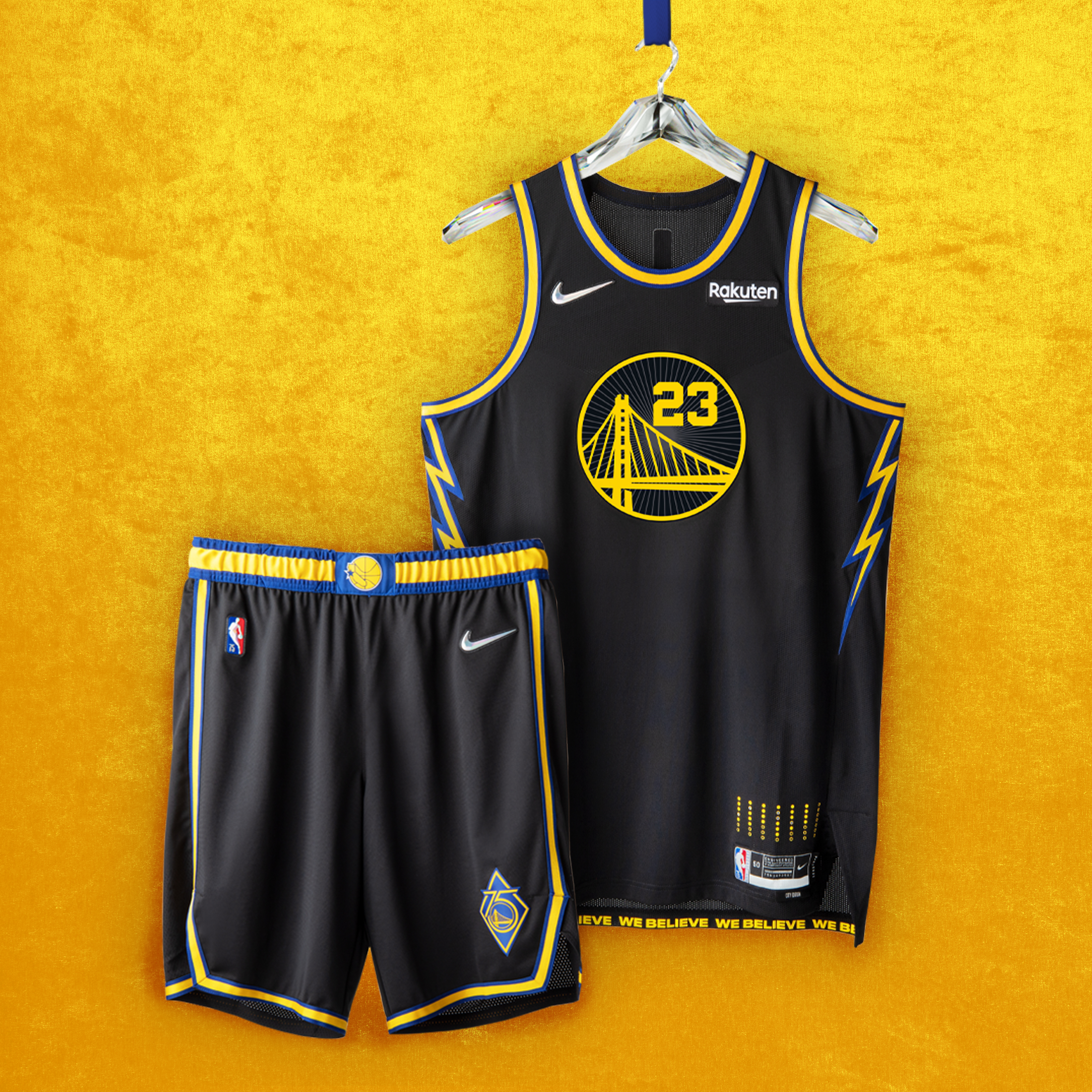 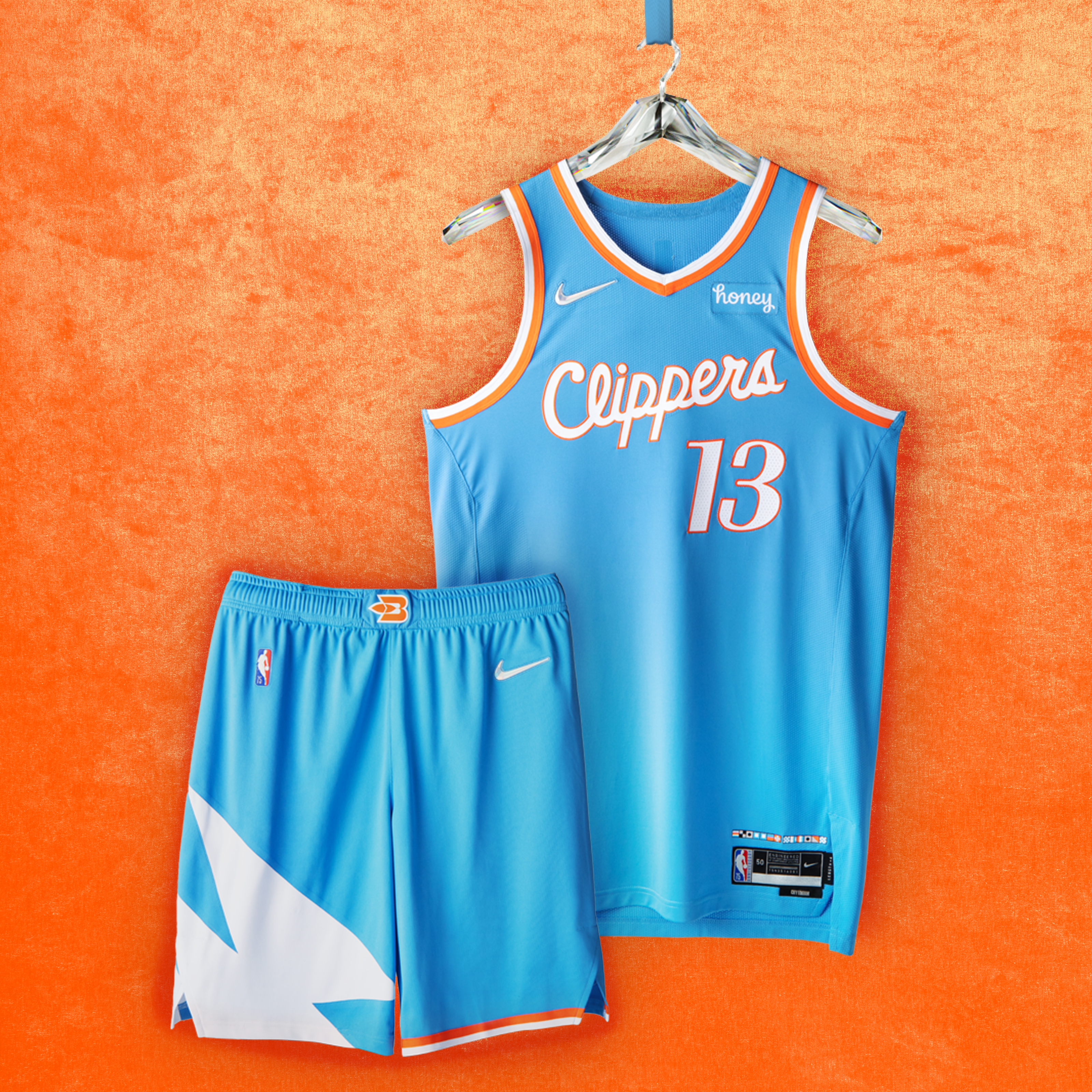 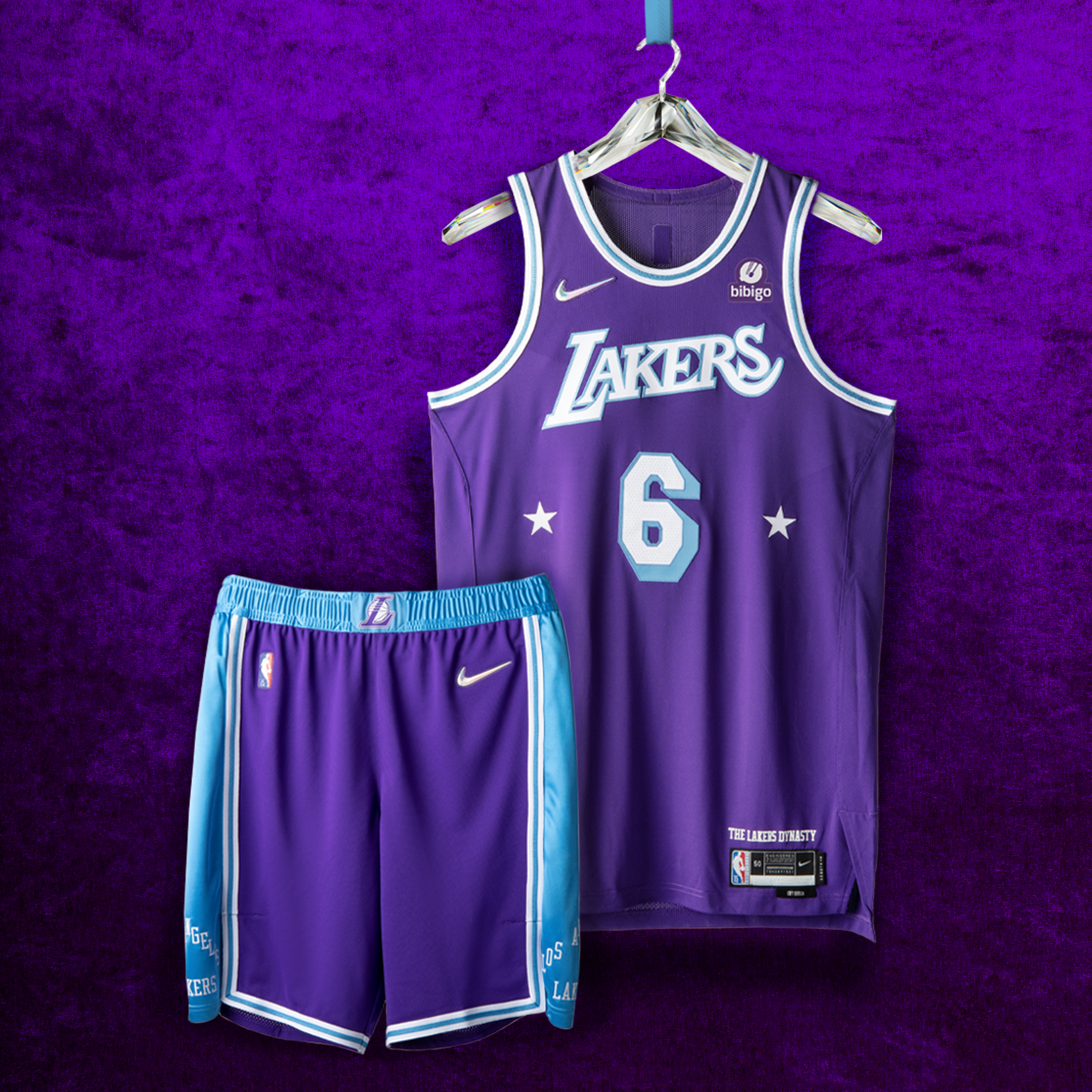 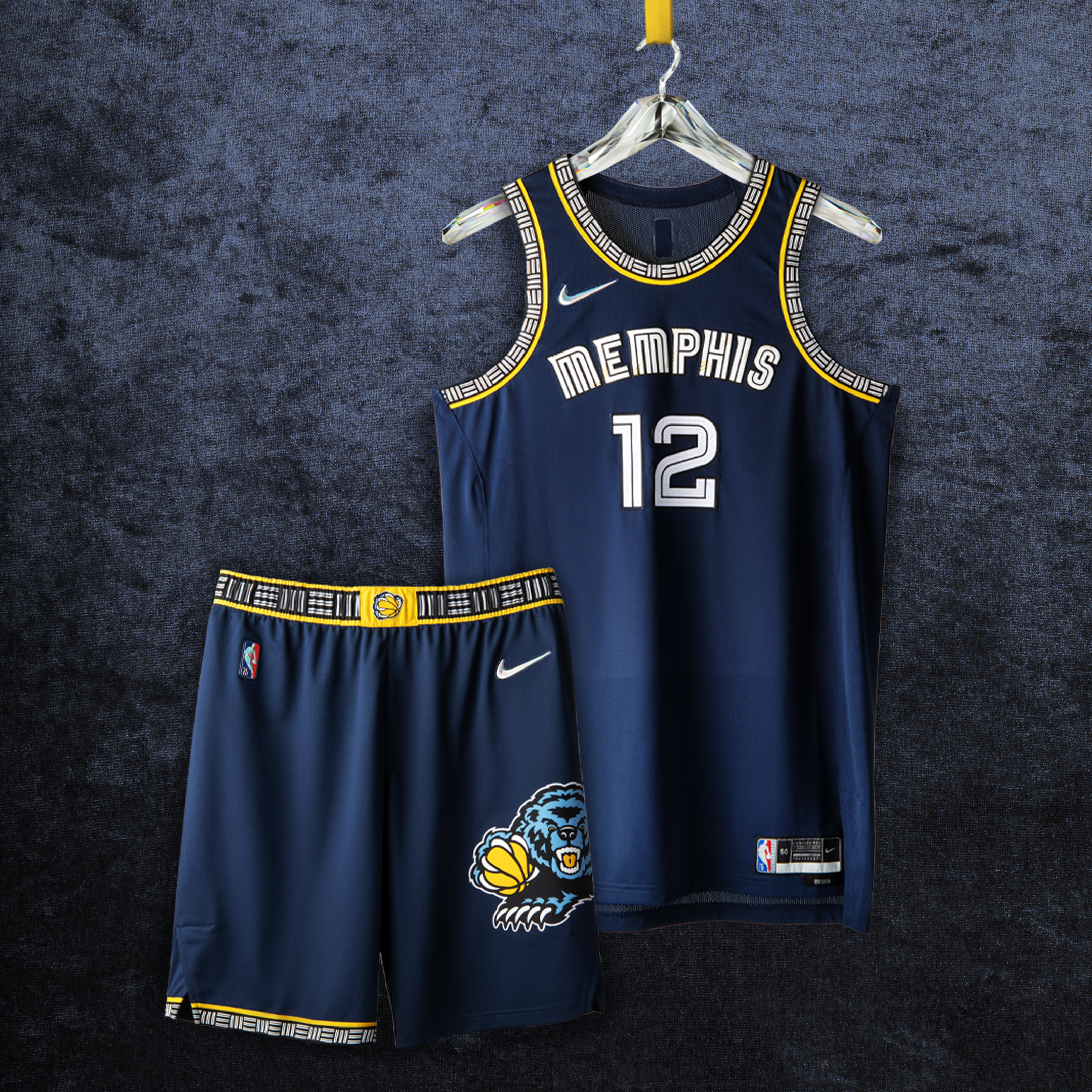 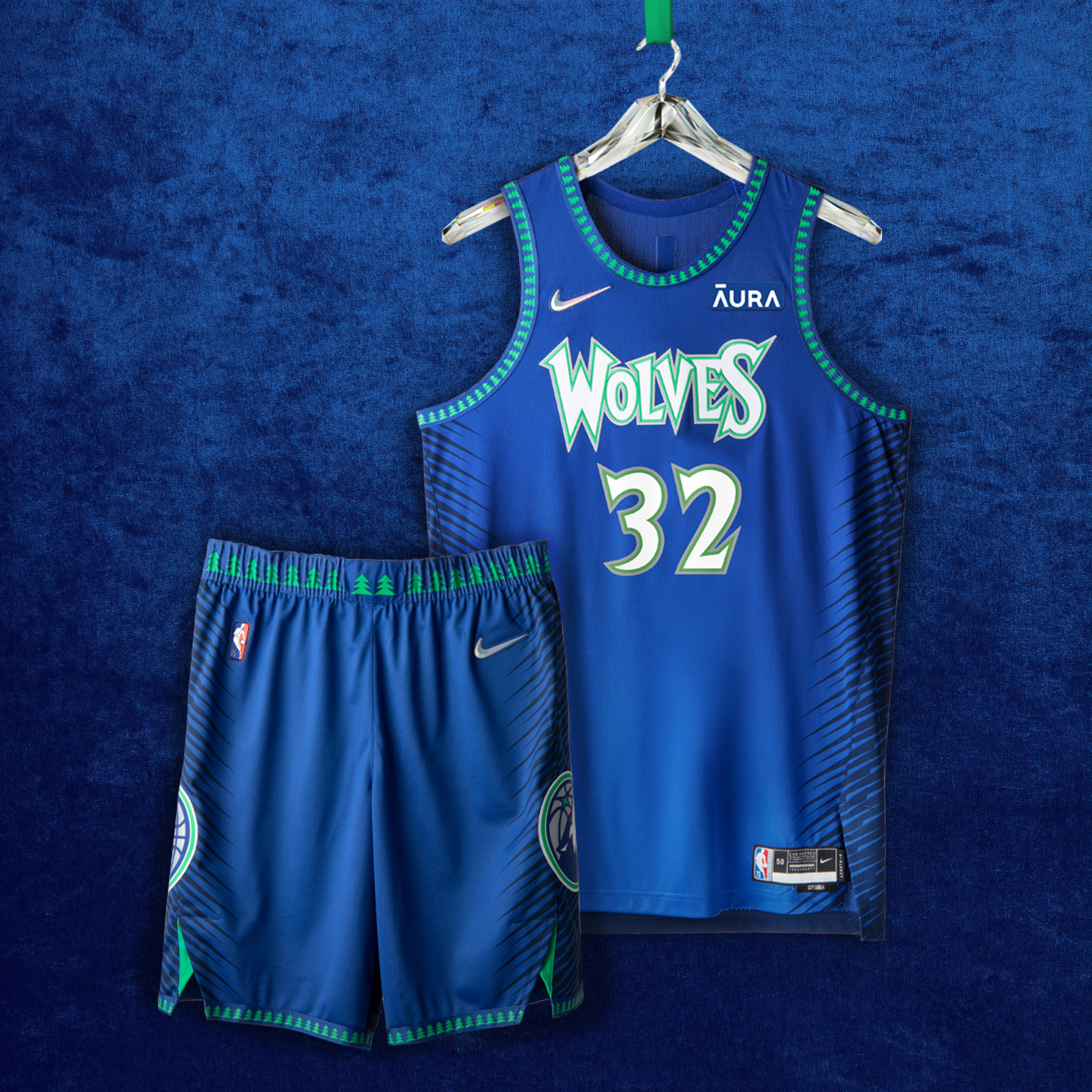 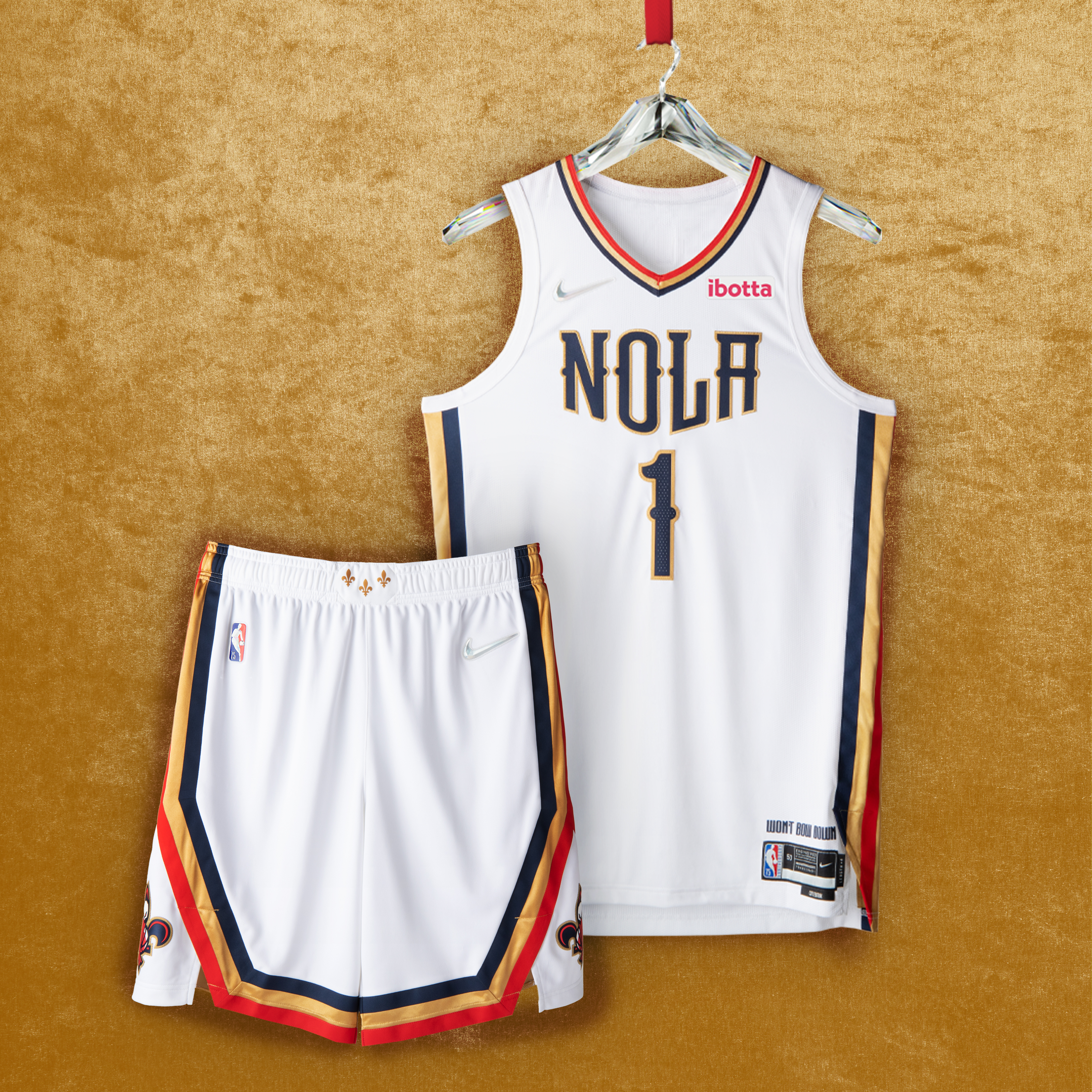 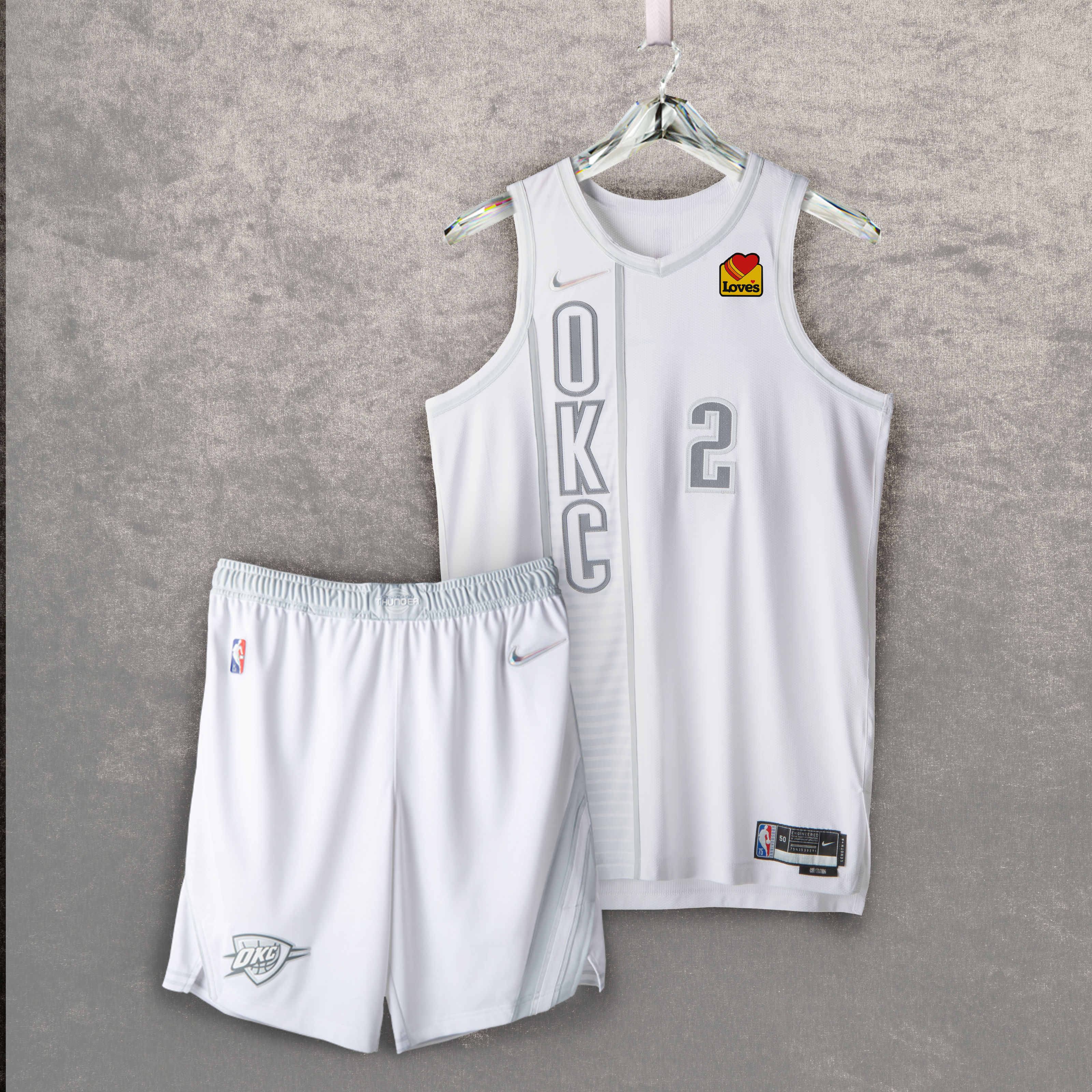 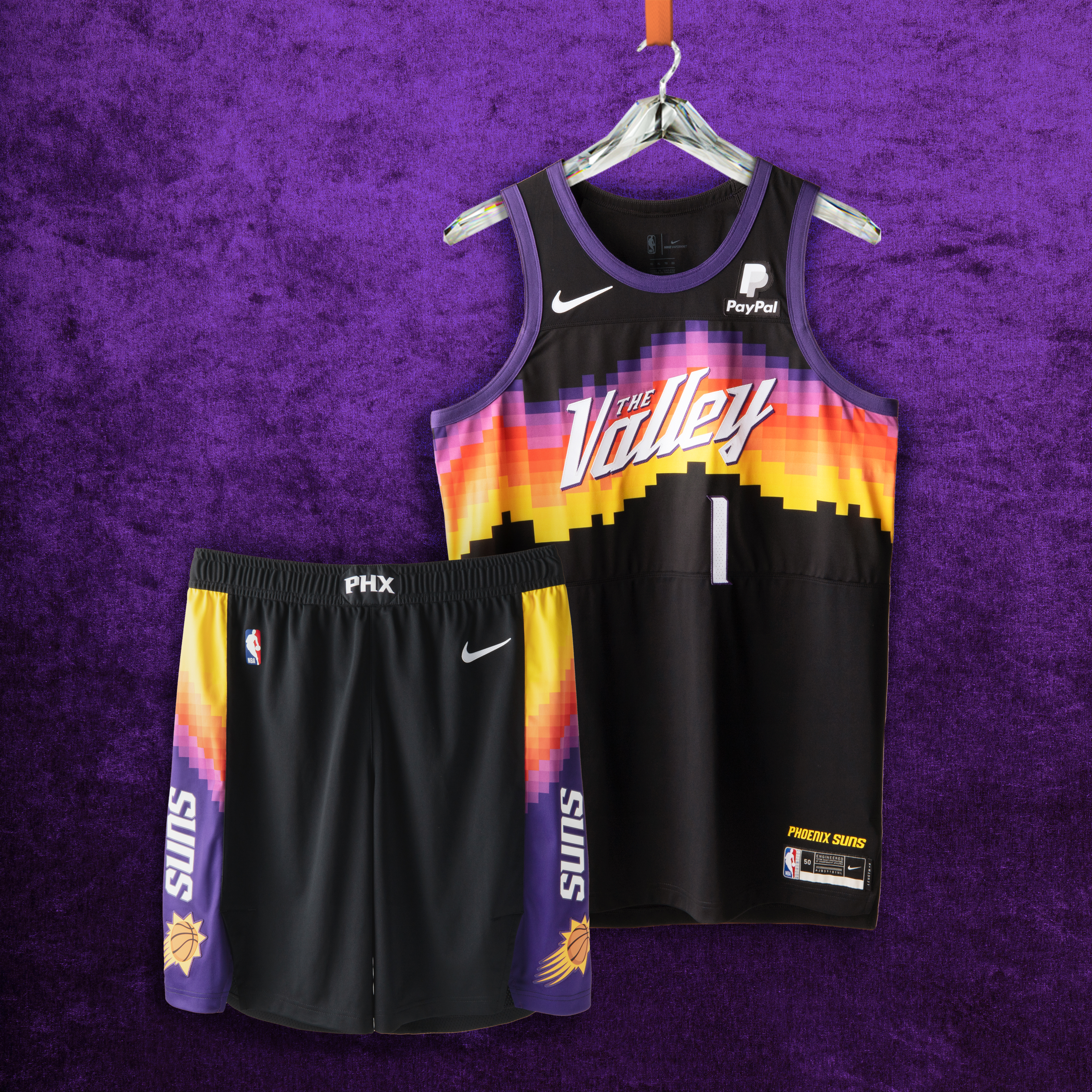 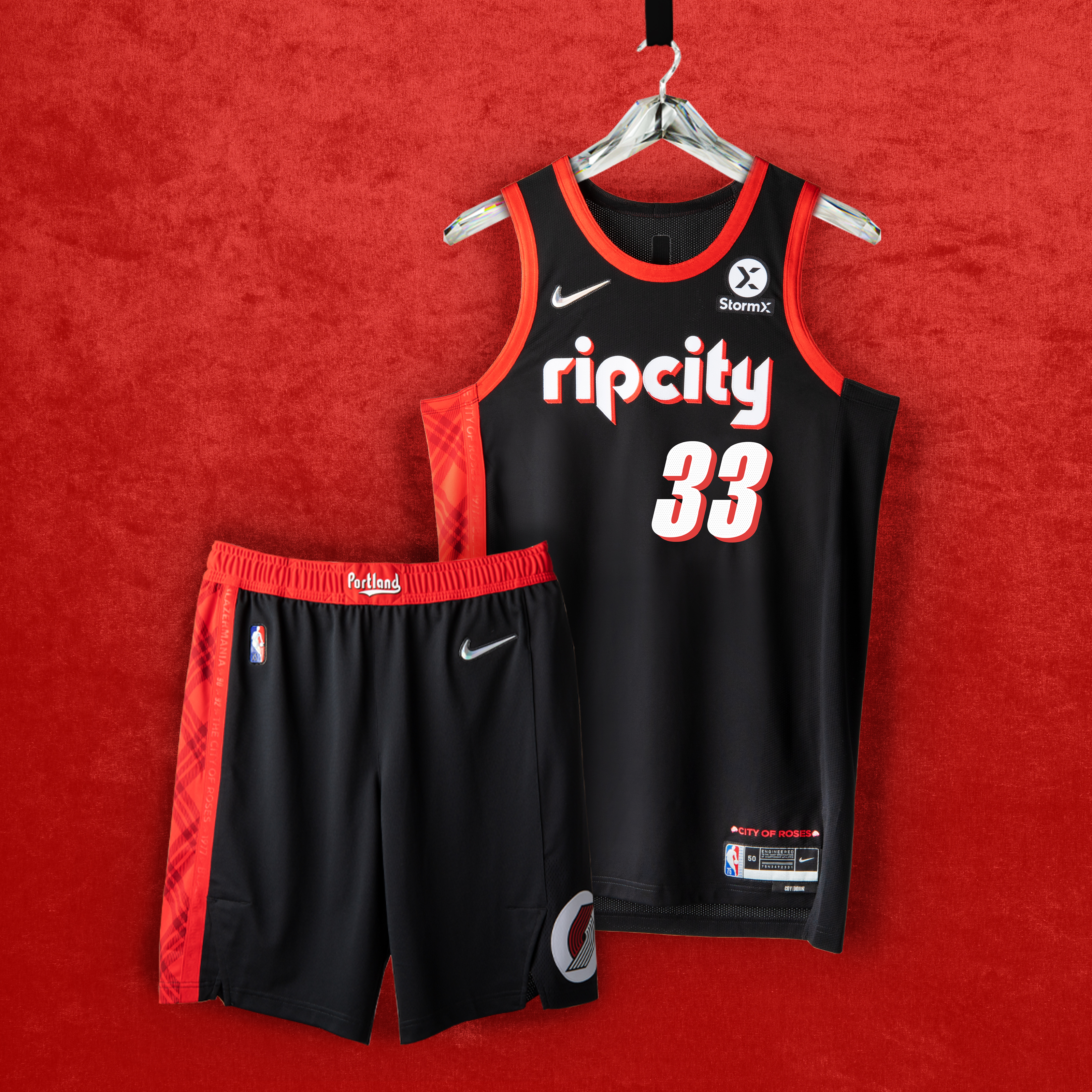 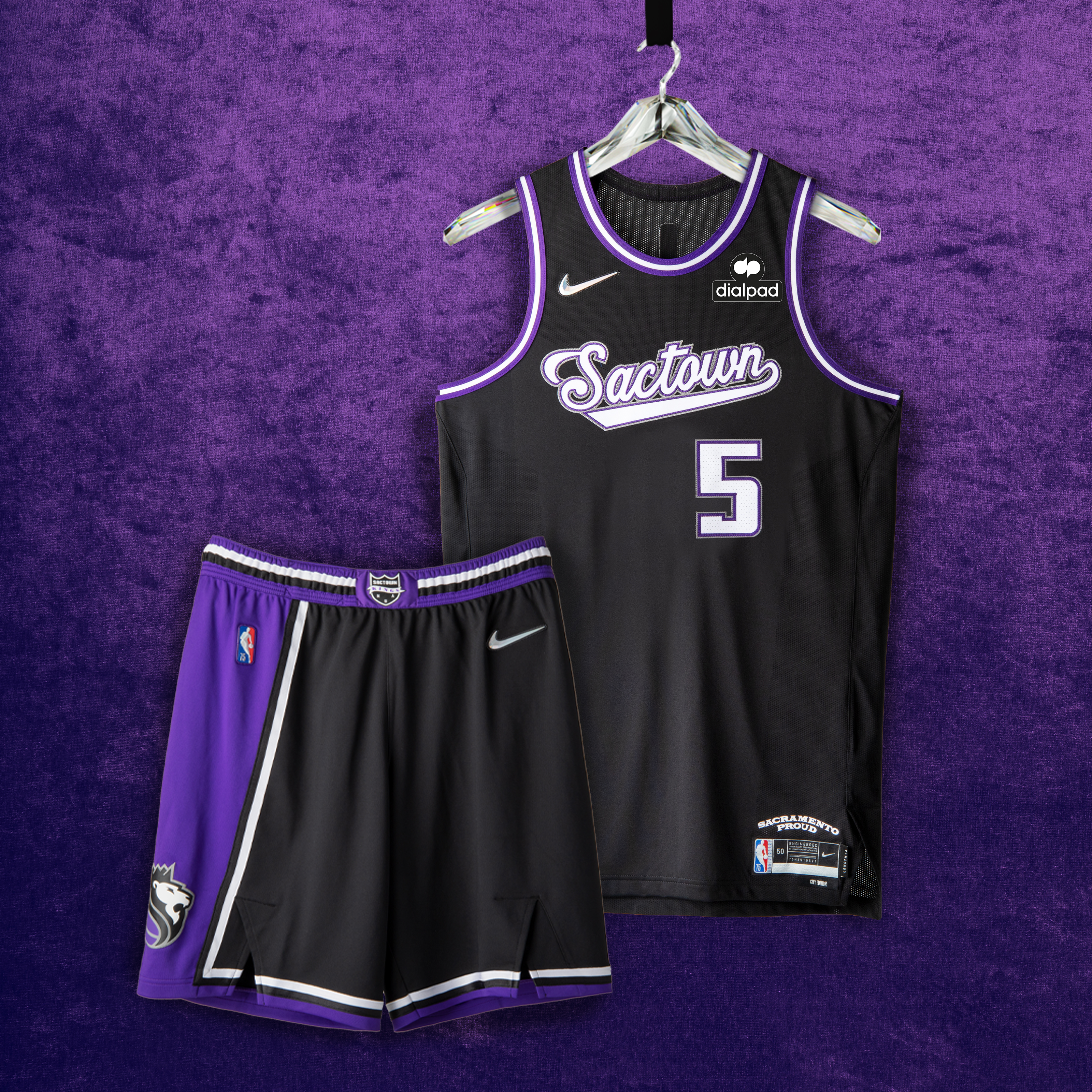 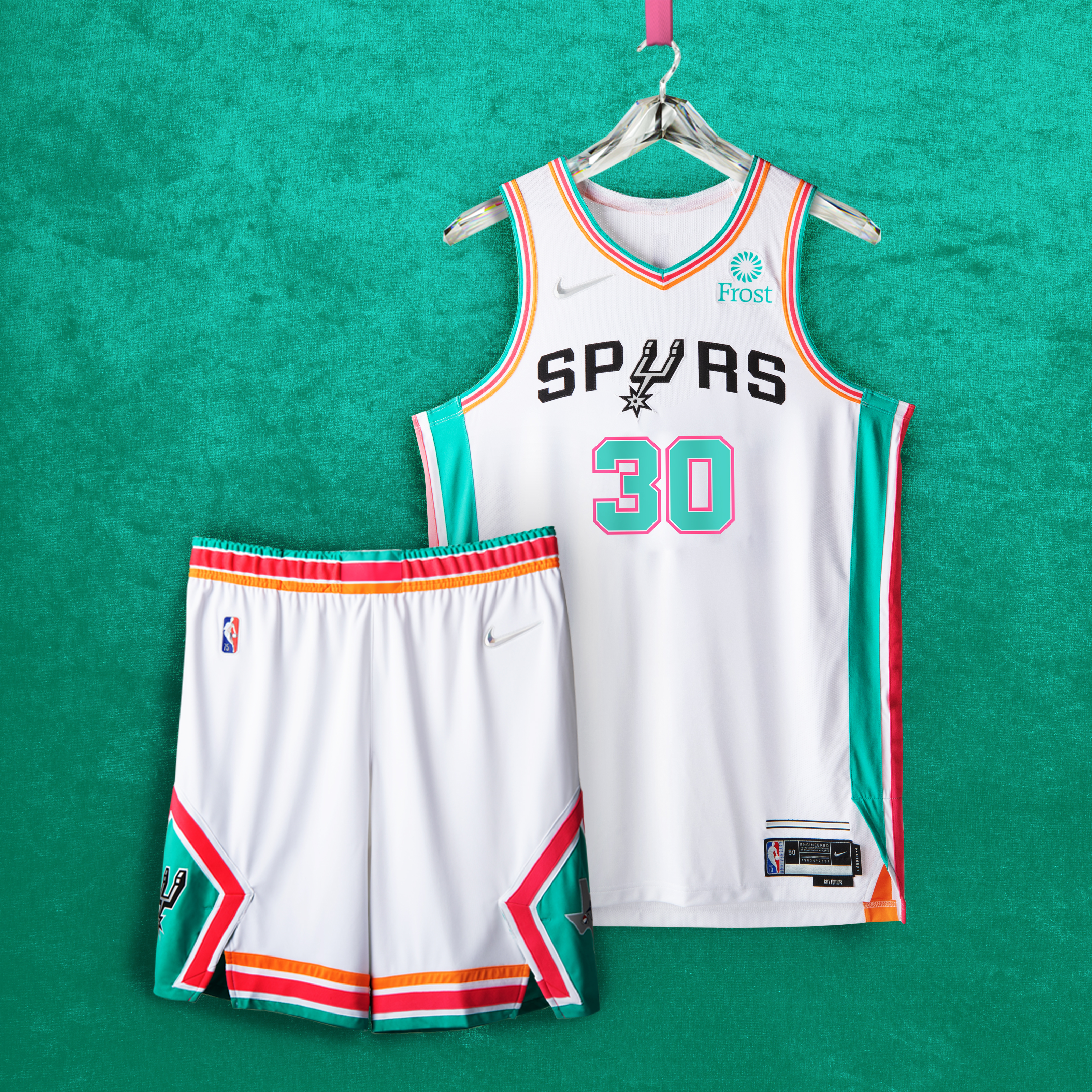 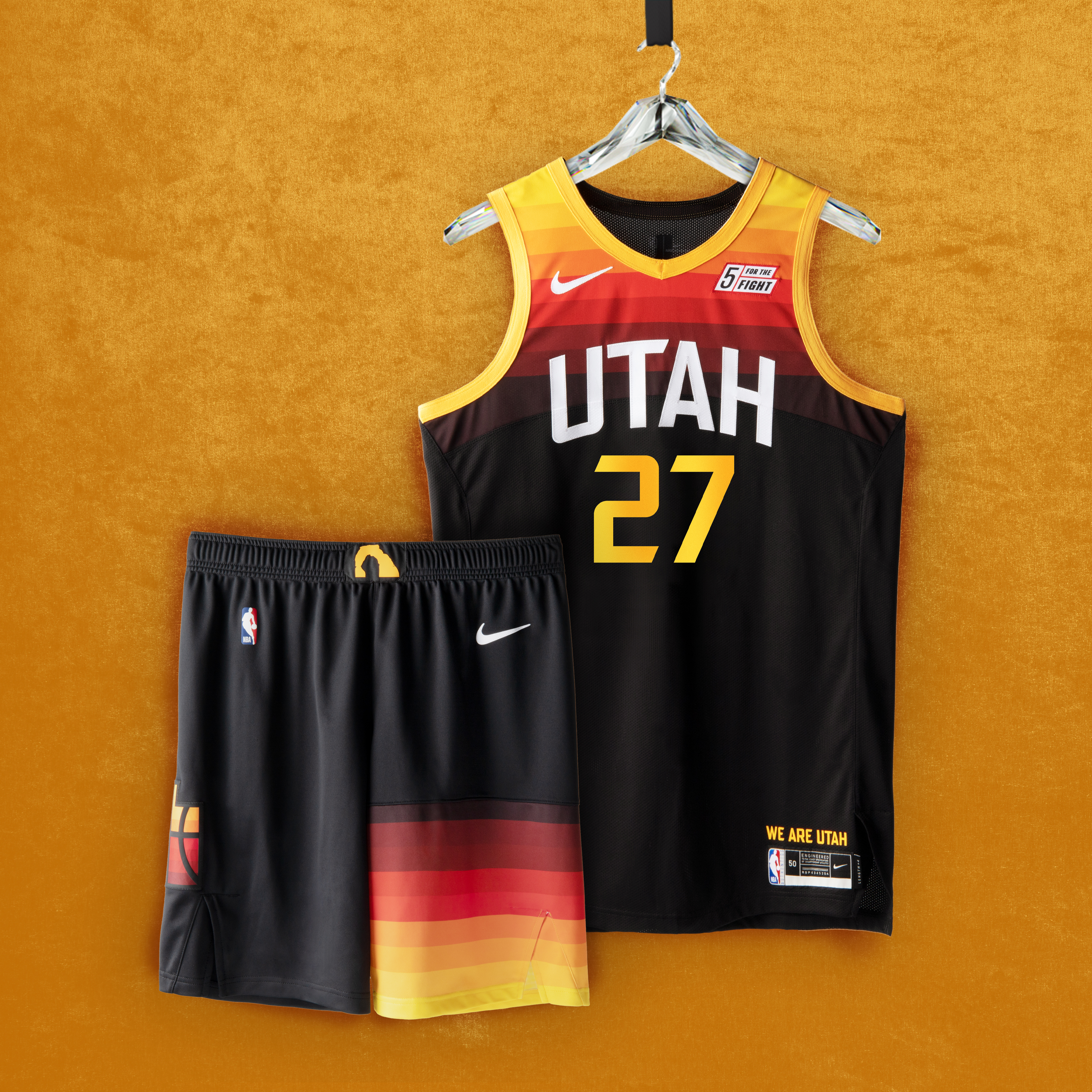 From the decadeslong chapters of original franchises such as the Boston Celtics, New York Knicks and Golden State Warriors to the blend of contrasting hues and eras worn by teams such as the Detroit Pistons to the celebration of championship seasons for the Warriors, Milwaukee Bucks and Portland Trail Blazers, each team’s execution merges a batch of discovery elements and nuances.

“There’s a tapestry of the NBA’s history, all in one place,” said Arena.

All but two teams will be breaking out the new editions in late December and the start of 2022. The Utah Jazz and the Phoenix Suns will repeat their beloved City Edition looks that celebrated the red rocks and national parks of Utah and the desert landscape of the Valley of the Sun.

All year long, the league is making each team’s game-by-game uniform selections available to view ahead of time on its revamped Locker Vision website.

A twist on the added golden anniversary logo found on the 50th season’s jerseys, this year’s diamond anniversary is highlighted by a fractal and iridescent diamond-textured league logo on all jerseys, shorts and team accessories, with “75” replacing the standard NBA lettering next to the Jerry West silhouette.

Since the starting point with Nike in 2017, each team has received four annual jerseys in its rotation – a white “Association” look, the “Icon” uniform in its key color, a “Statement” jersey with a bolder approach, and its City Edition telling a local or franchise-specific storyline. This year, only the three original franchises in the Celtics, Knicks and Warriors will also don a fifth jersey, their Classic edition.

In total, 123 different uniforms will be worn this season by the 30 teams. While the season-long approach of the City looks, by definition, highlights the past, the idea also looks to fuel a future fan base with an understanding of the league’s heritage.

“It’s about inviting the next generation to join,” said Jesse Alvarez, product director of global sports apparel-men’s basketball at Nike. “You can put stories on a uniform, and the uniform can become a bridge to that next generation.”

Though the Trail Blazers last won a championship in 1977, their “Rip City” moniker from announcer Bill Schonely reads across the front of their newest jersey, with a base look and drop shadow lettering inspired by their early 1990s team that made back-to-back NBA Finals. A plaid inset along the side of the jersey and shorts harkens back to the patterned suits worn by championship coach Jack Ramsay.

Styled in a clean and classic green and white look, the Boston Celtics’ City uniform features such details as the subtle light grey cloud graphic rising through the side panel of the shorts, a nod to coach Red Auerbach’s celebratory victory cigar smoke. The adjacent shamrock features “RED” inside of it, and the league’s largest size tag location storytelling incorporates a tribute to every retired player number in franchise history and all 17 championship years. 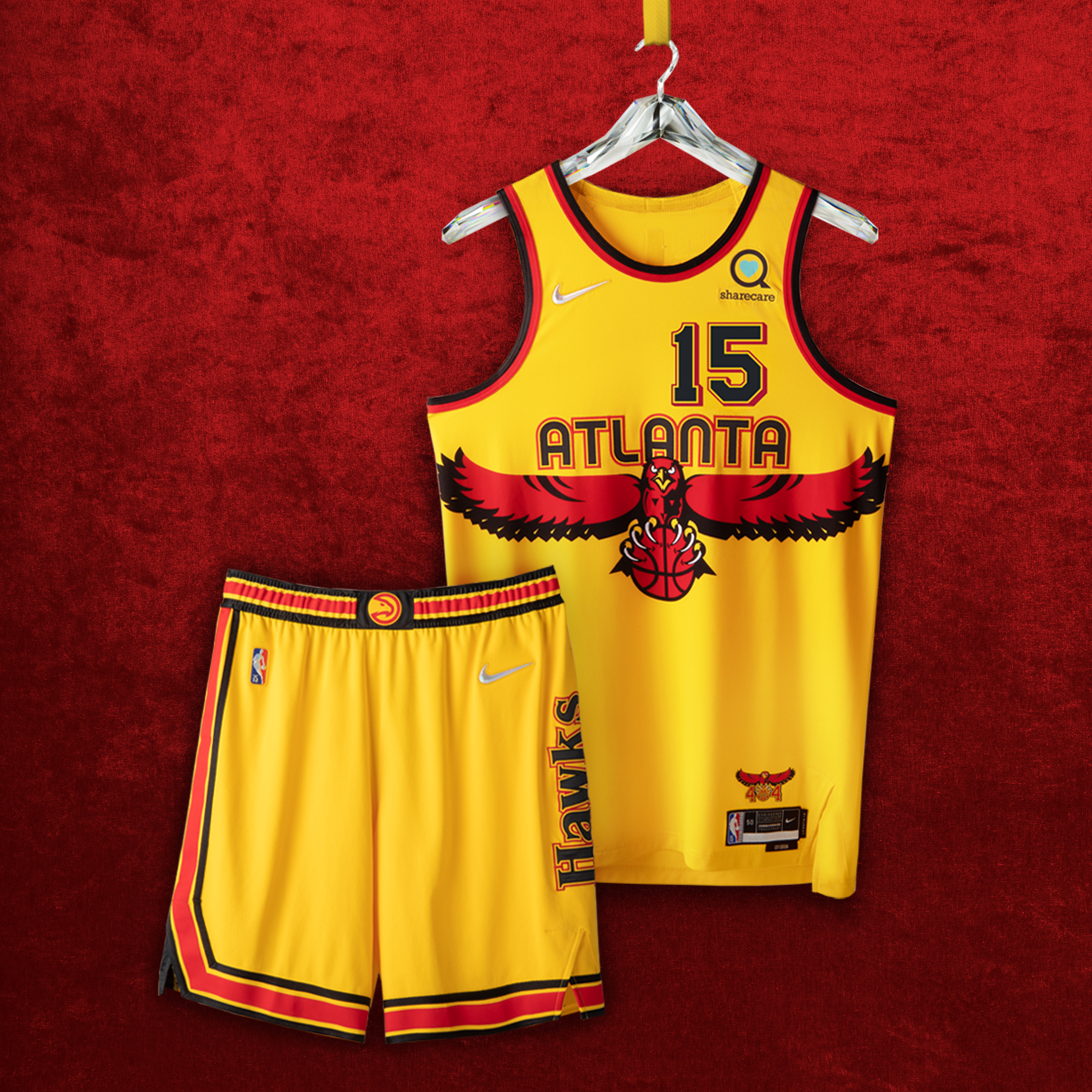 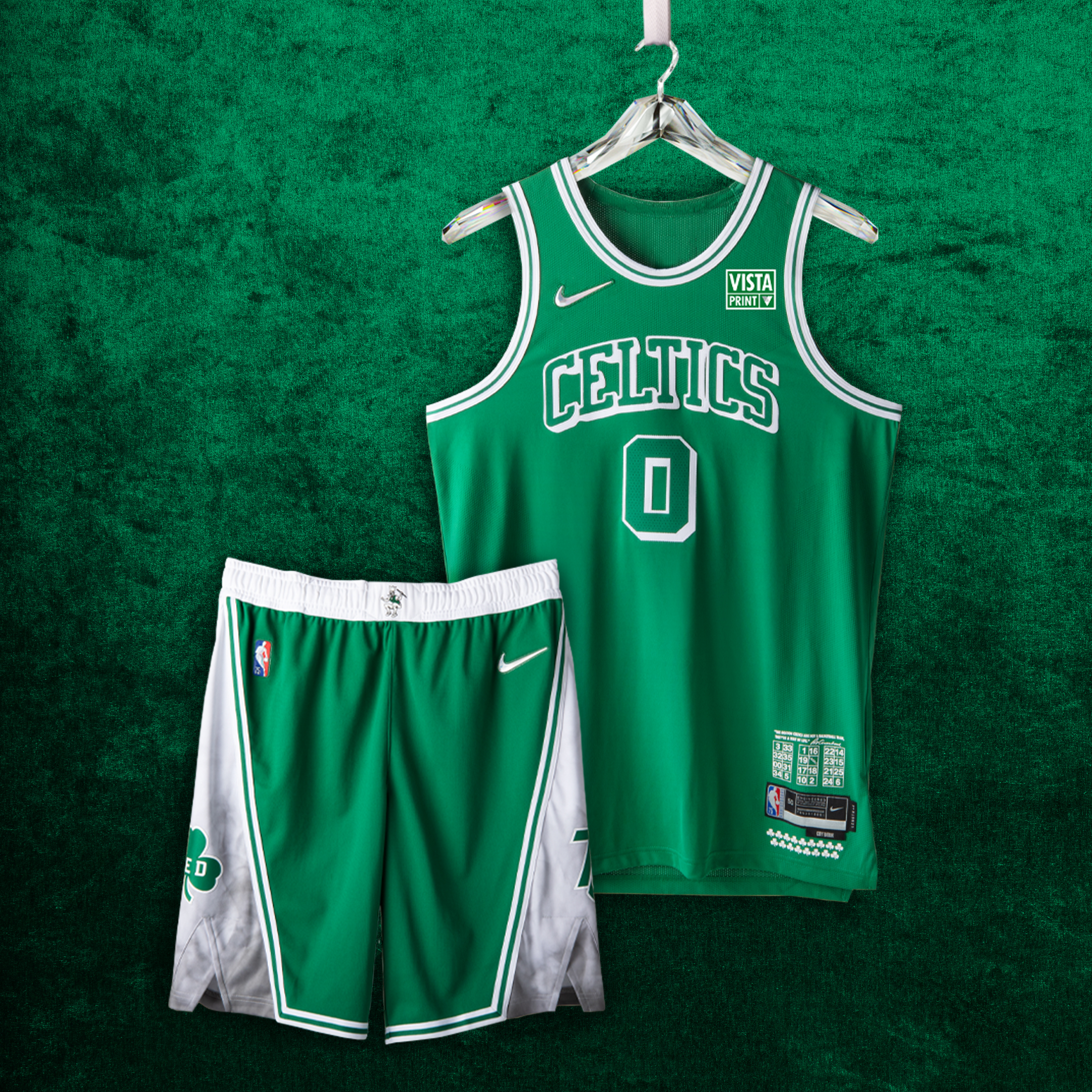 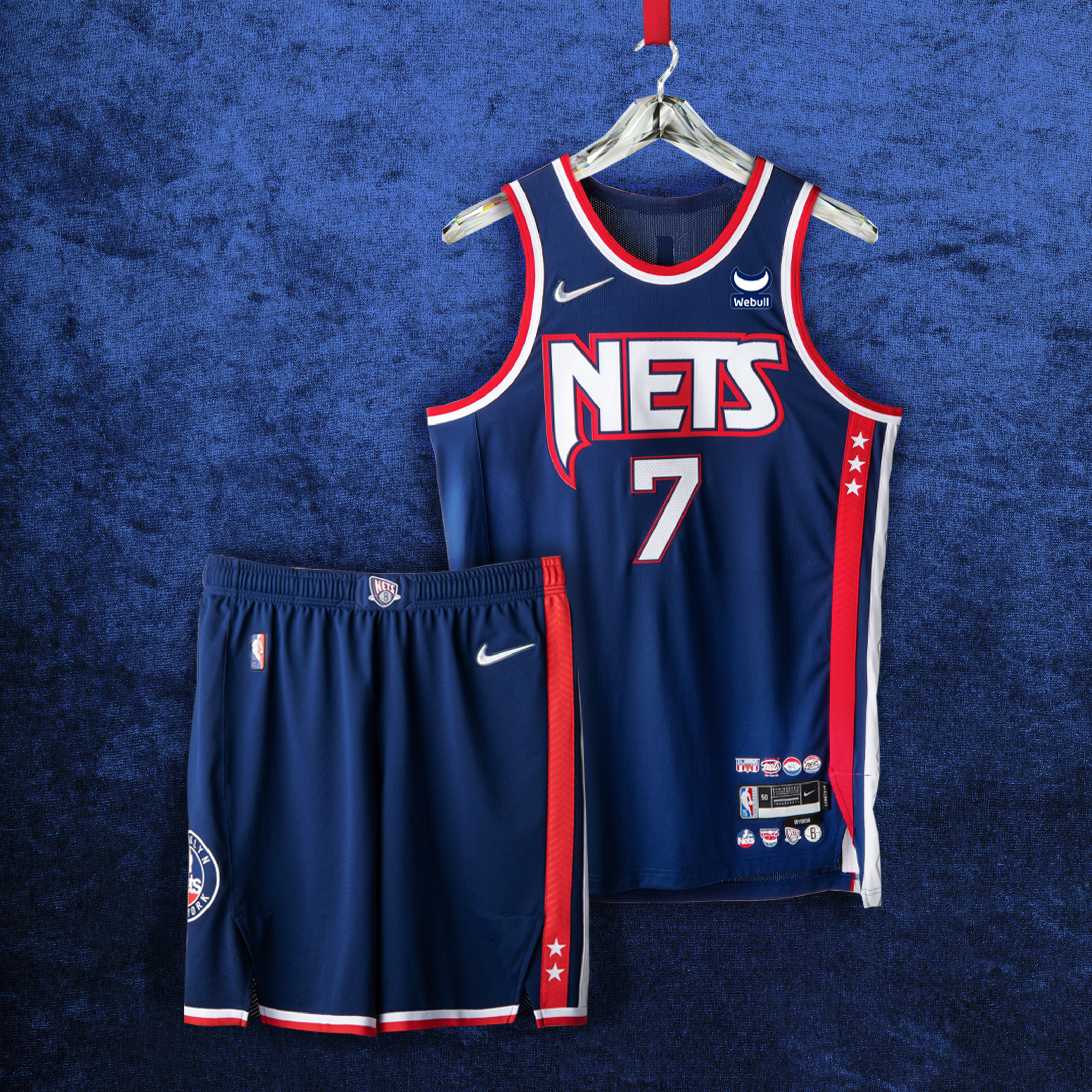 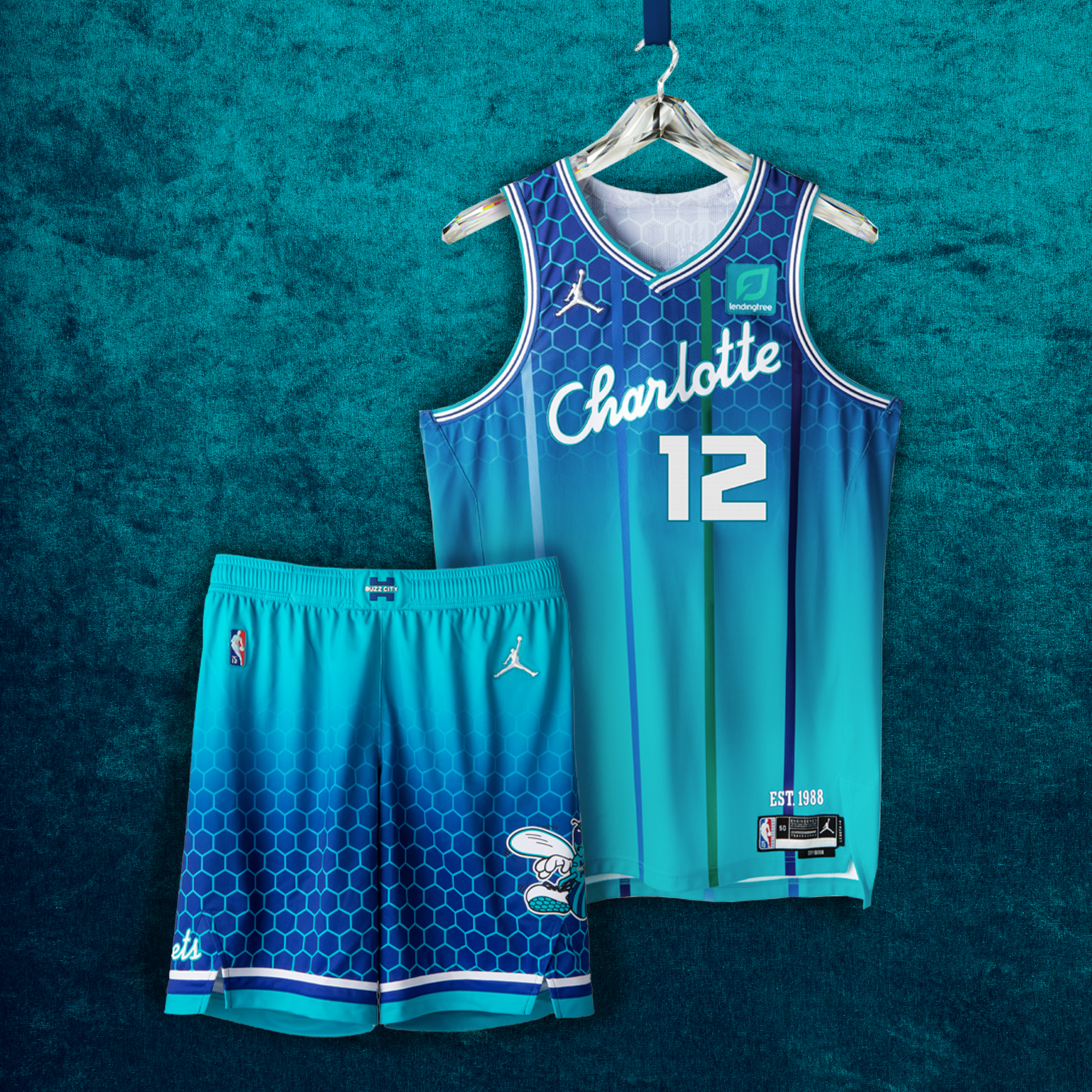 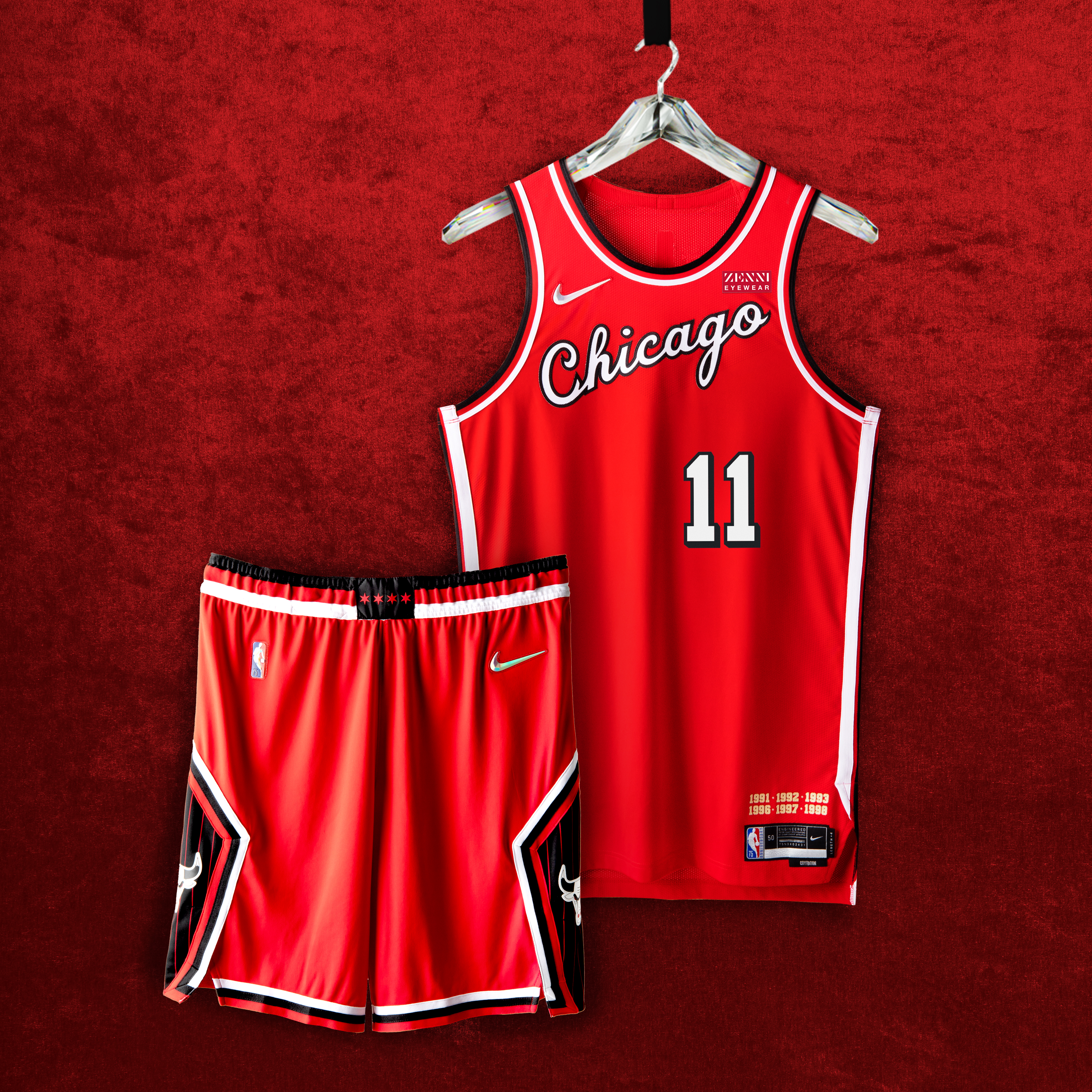 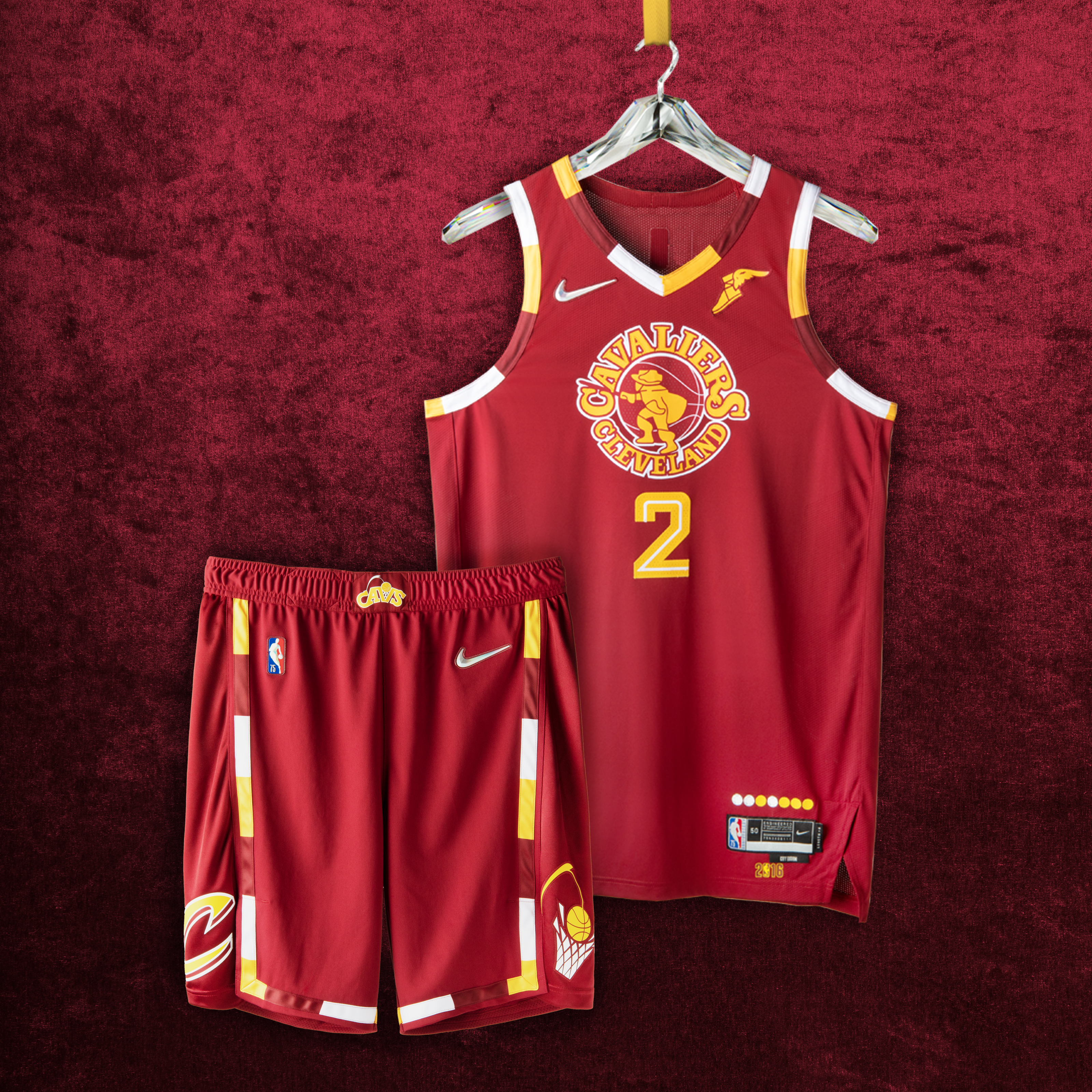 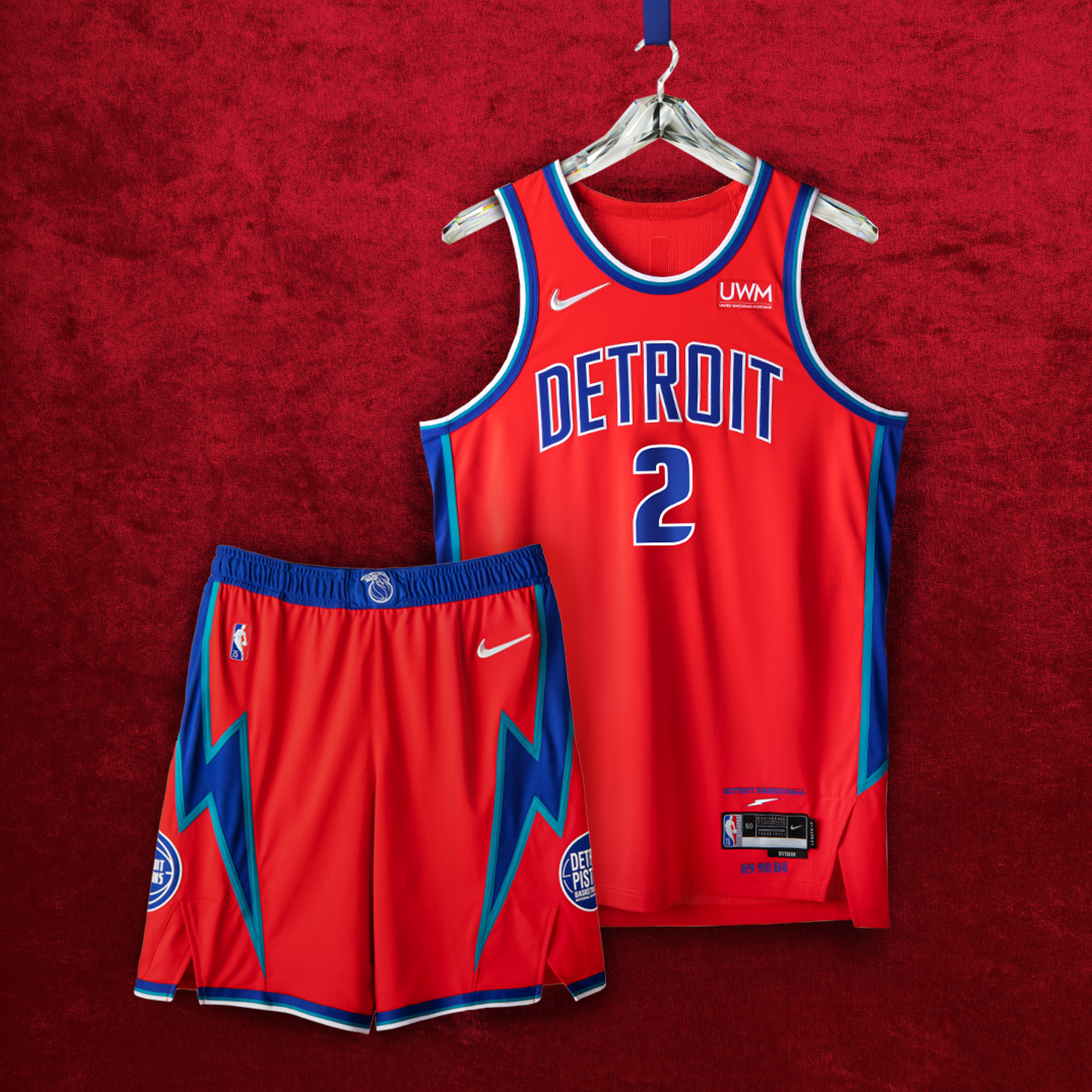 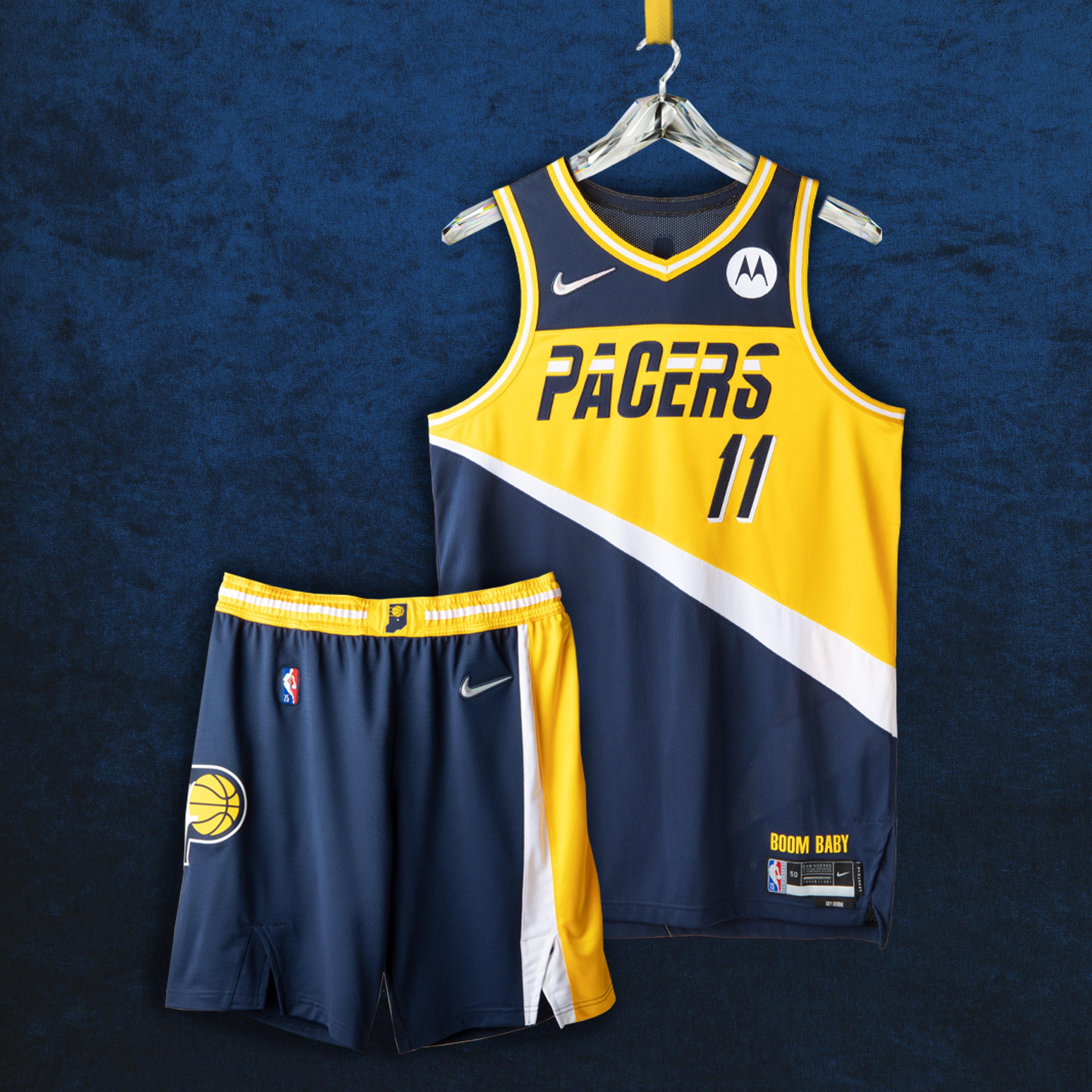 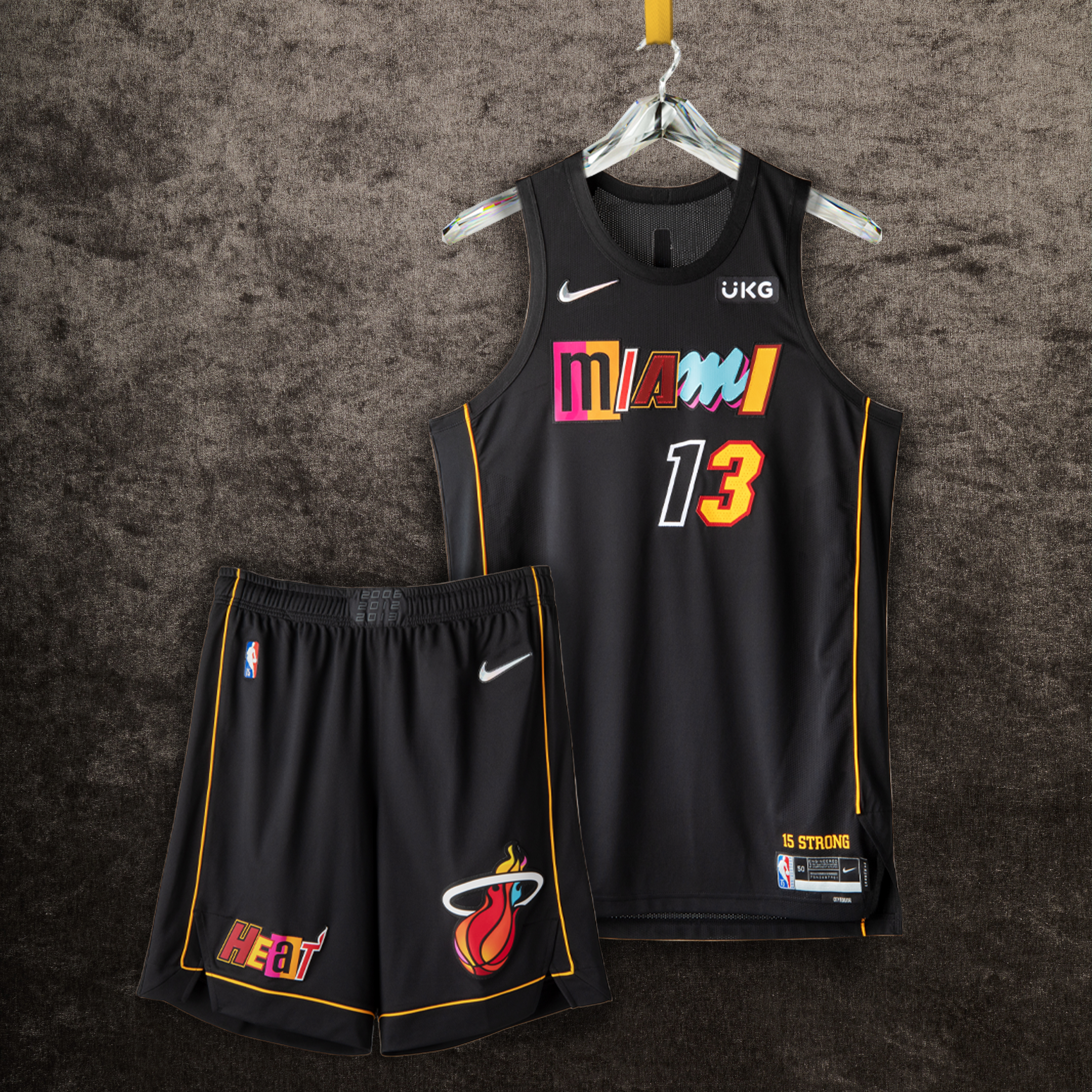 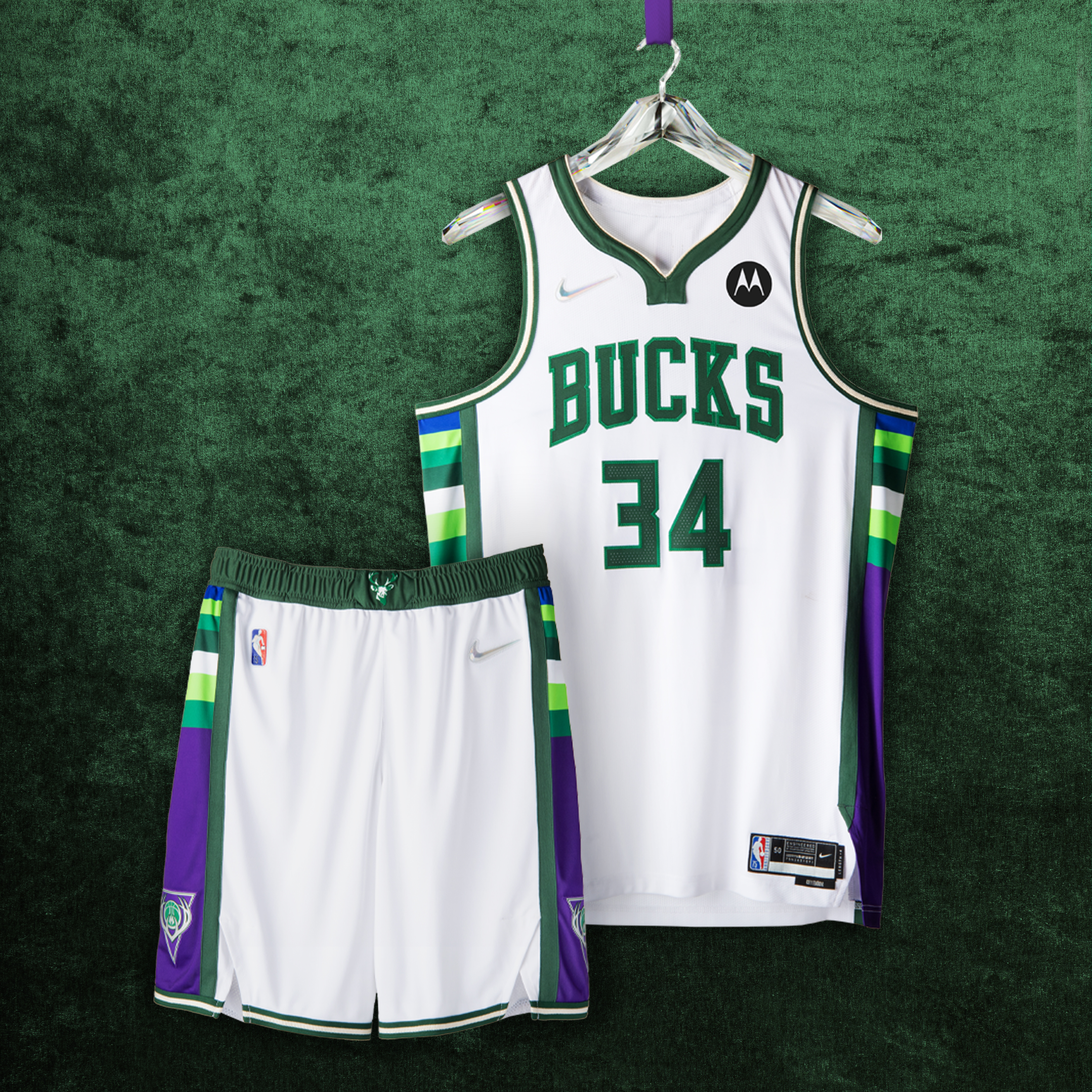 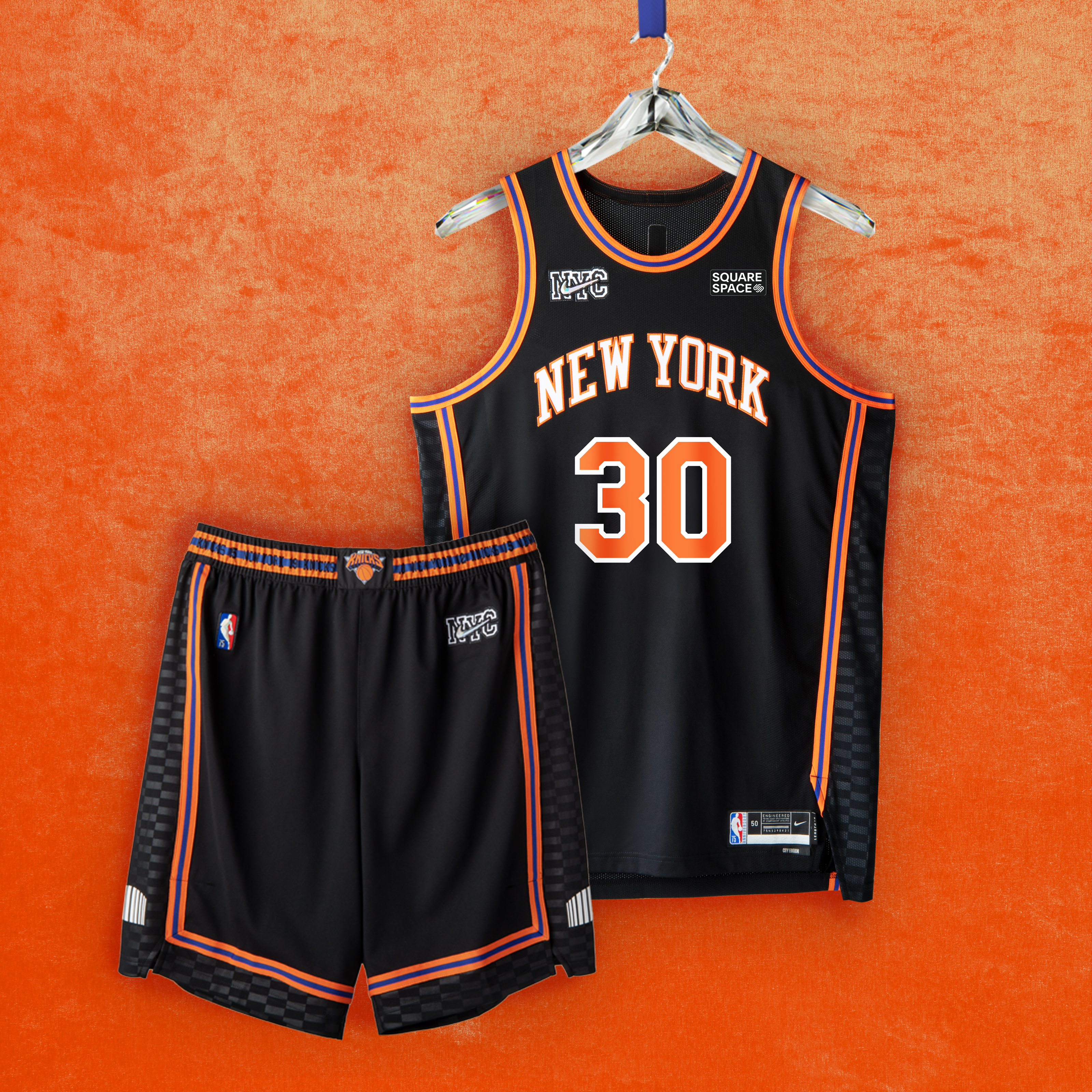 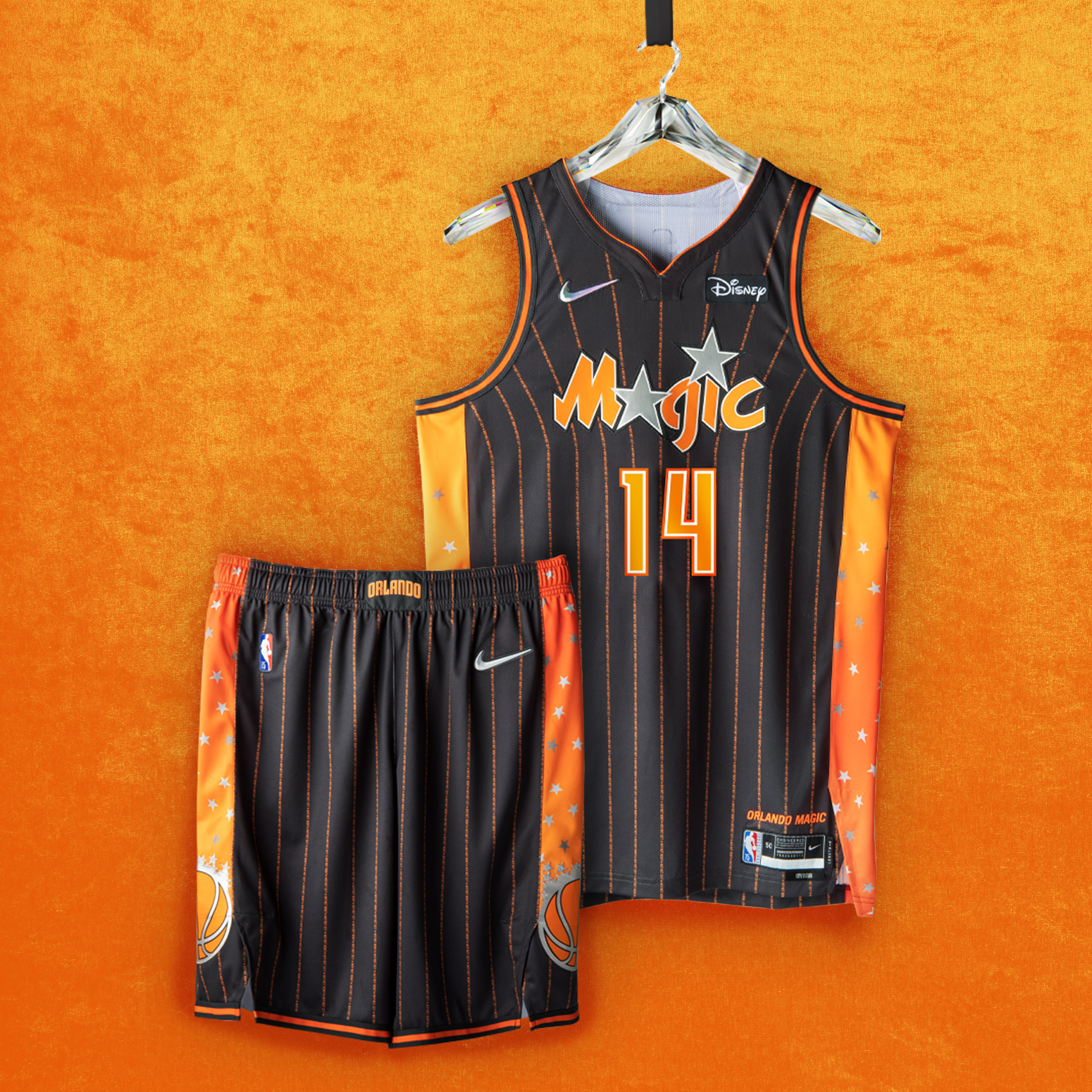 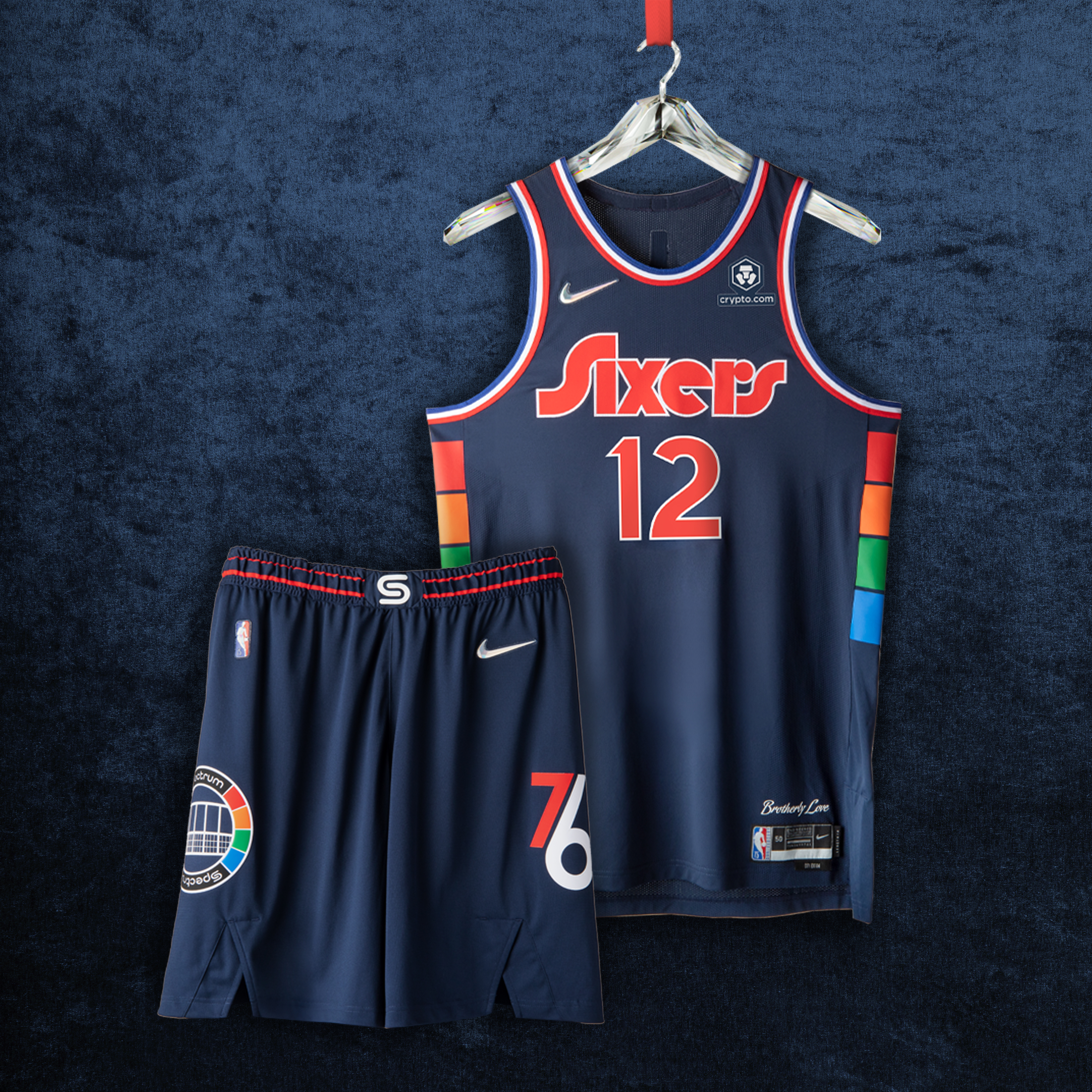 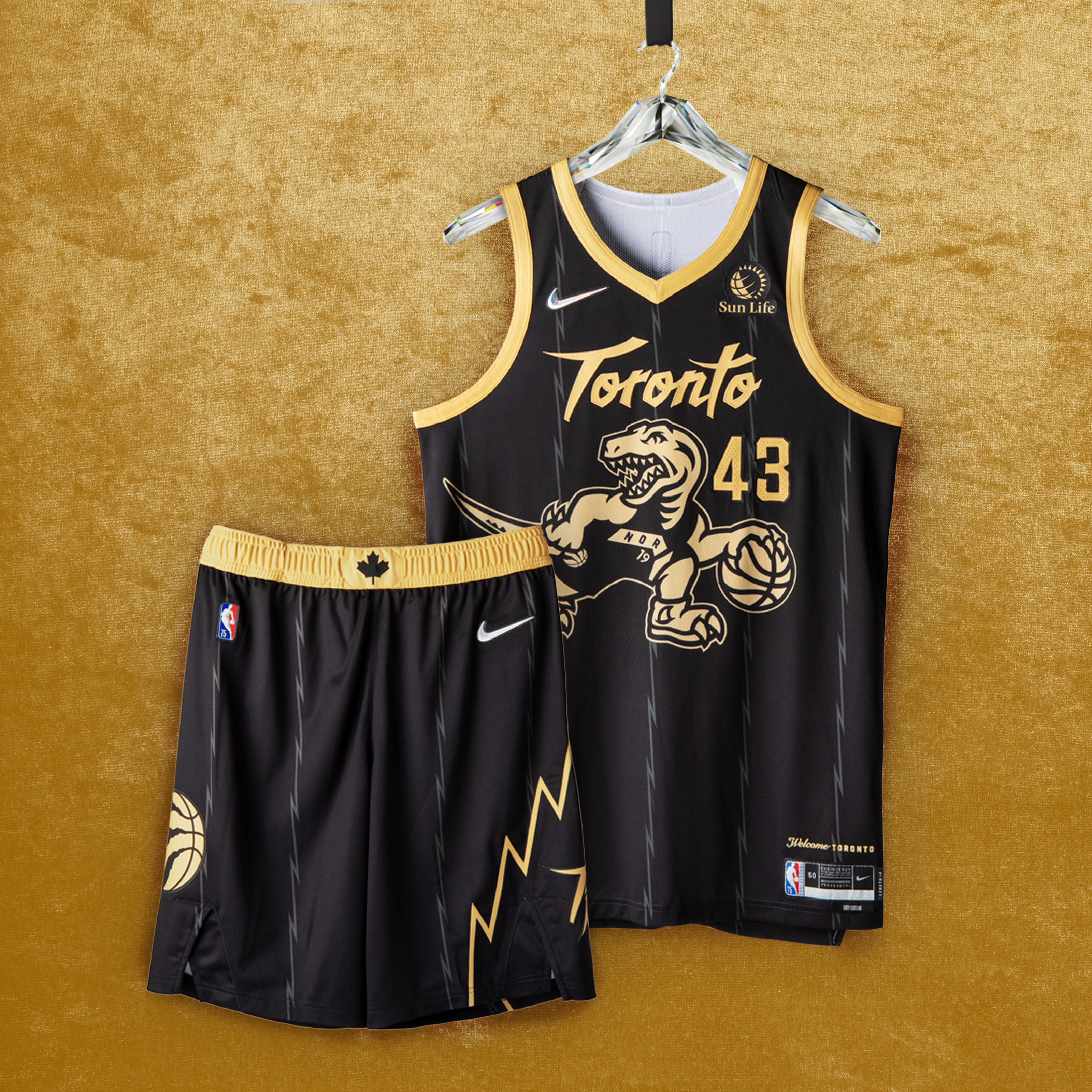 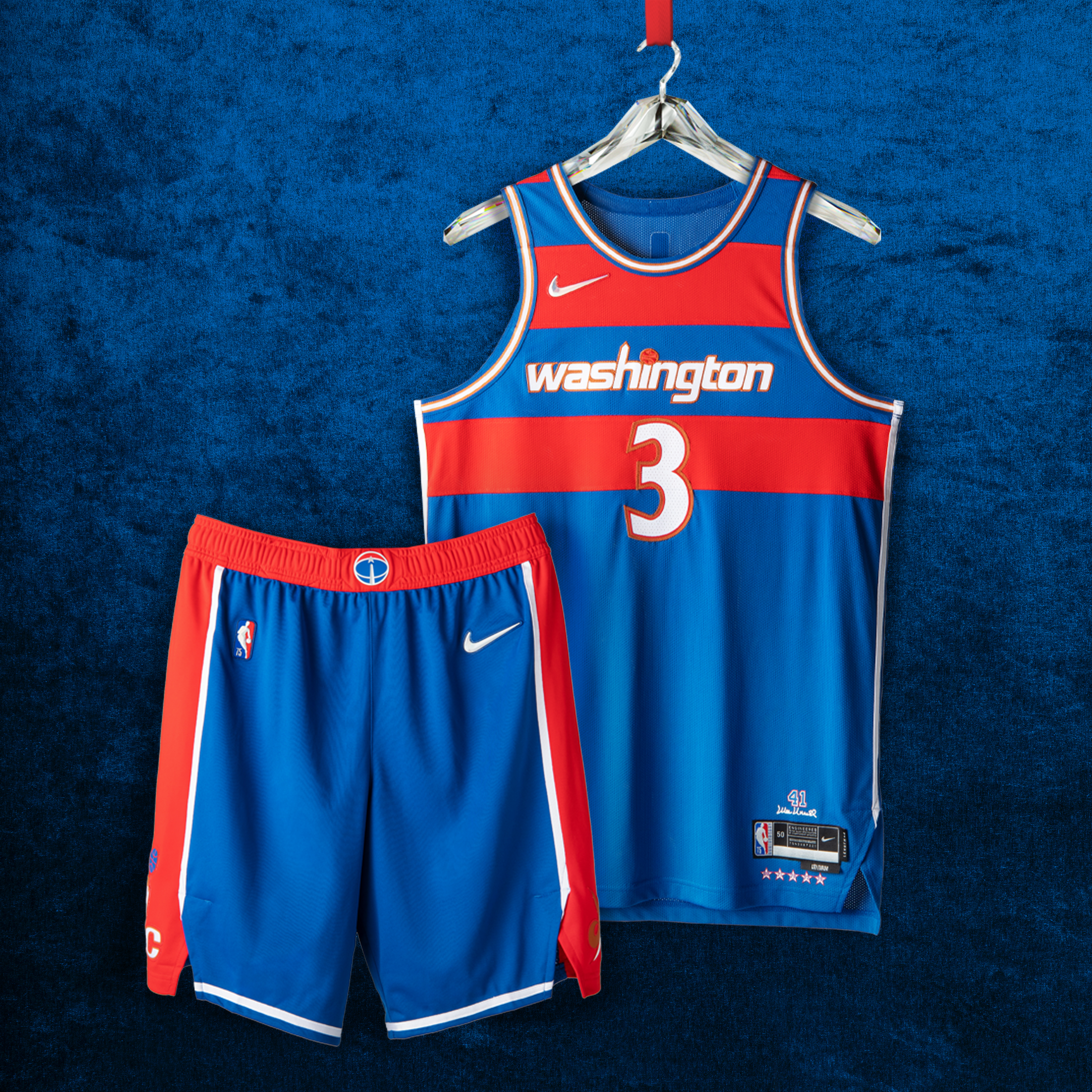 Other teams, such as the Los Angeles Lakers, opted to mash together key colors from different chapters, like the light blue found in the “MPLS” jerseys that were worn in their original Minnesota days, and the LA-era’s iconic purple.

The Pistons blended blue and red with their short-lived ’90s shade of teal – an ambitious task on paper – while the Charlotte Hornets and Houston Rockets pulled all of their loudest past jersey graphics and home court iconographies into an amalgamation of multiple eras.

After the success of its pink and teal “Vice” uniforms, which tallied north of $25 million in sales in five seasons, the Miami Heat took a sharp turn with their latest approach to the City Edition.

All of the lettering across their jersey and shorts incorporates a typeface from a different chapter of the franchise’s history, dating to its throwback Floridian days, from the bold red alternate jerseys worn by icons Alonzo Mourning and Tim Hardaway to the championship season of 2006 and, of course, the “Heatles” era of the 2010s. Players can also select the font for each of the jersey numbers, making the Heat the only team with player-specific design differences.

“Toronto is one of the uniforms where they have a great blend of things that are important to their fans, but also, it tells a story about their organization,” noted Alvarez.

Styled in the black and gold that has become associated with the Toronto Raptors’ “OVO Night” themes and linked to rapper Drake’s longtime connection to the city and team, the jersey features the “Big Dino” graphic along the front from their inaugural 1995-96 season and early Vince Carter years.

However, the dribbling Raptor itself is wearing a “North” jersey and the No. 19, a reference to the jersey worn by the team when it clinched the 2019 NBA championship, the only title in franchise history.

On the surface, creating up to four or even five new uniforms for each team every season may be a lofty goal bound to run dry of rich and new stories. The ongoing uniform rotation has seemingly begun to balloon as teams now enter the fifth year under the Nike partnership.

Nike and the NBA don’t see it that way, as they look to unveil the 75th anniversary season’s new batch of City Editions to highlight each franchise’s greatest design elements and moments in league history, with designs for the next three seasons nearly complete.

“The best thing about basketball is that teams are constantly writing the next chapter of their book,” said Alvarez. “As seasons go on, we just have more and more inspiration that we can draw from.”