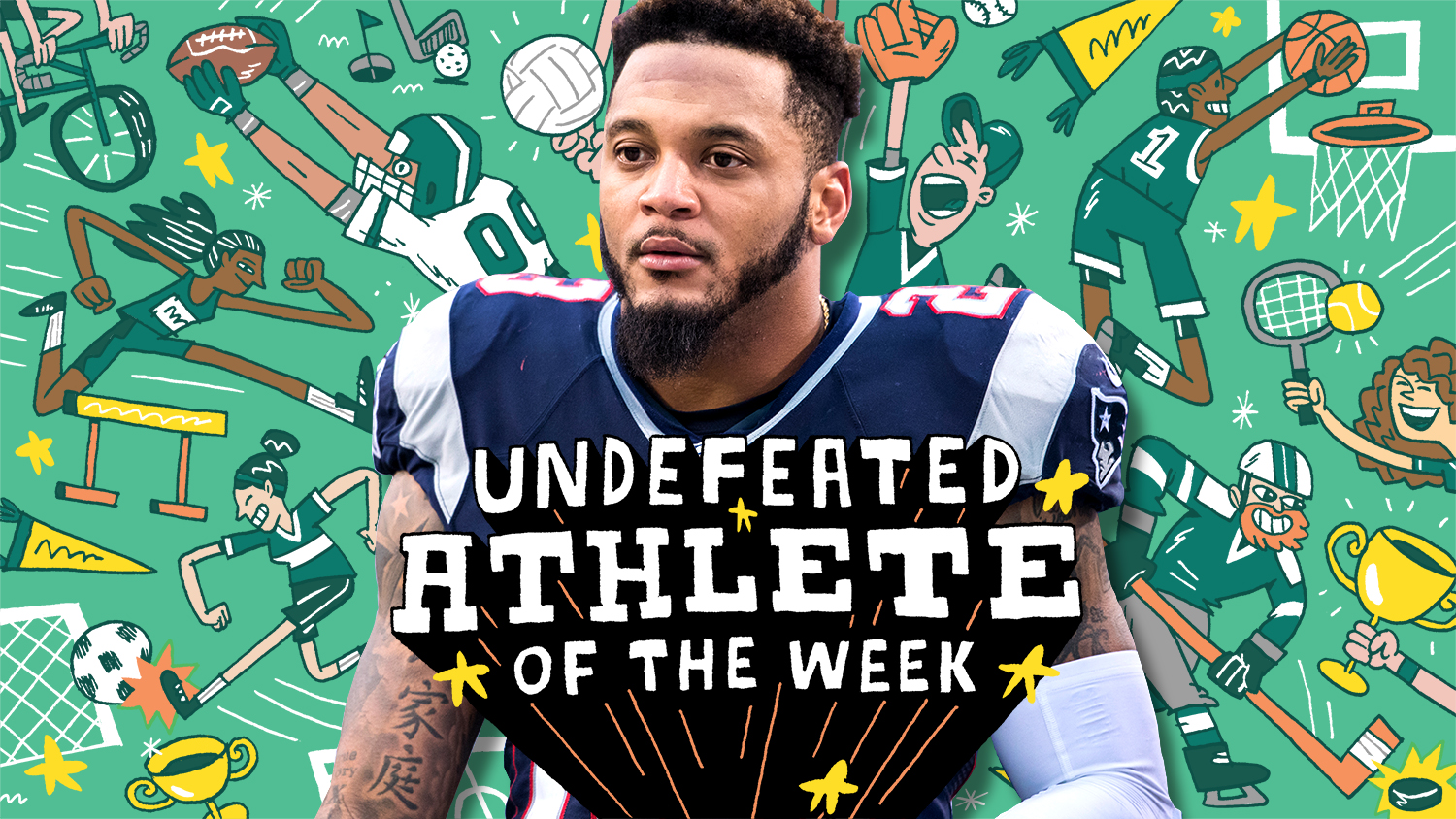 Patrick Chung remembers a Jamaica that is vaguely reminiscent of a 2007 Heineken commercial: On a secluded beach far from the tourist trail, locals in a rum shack go about their business — throwing back a few cold ones, watching a cricket match on TV — when a young lookout alerts everyone that some wide-eyed vacationers searching for the “real” Jamaica are approaching.

To play up to the stereotypes — the Jamaica in which everybody says, “Yah, mon,” beats steel pans and plays dominoes — the locals scurry to put on their best Jamaican faces and accents. “Heineken. Unofficial drink of Jamaica since 1938,” reads the tag line as the tourists look on, fully satisfied.

This isn’t quite the Jamaica that Chung, a 10-year veteran and two-time Super Bowl winner with the New England Patriots, remembers. But there is one constant that is far from stereotypical — the vibe in Jamaica was cool.

“Everybody’s cool,” said the New England safety, who was drafted by the Patriots in the second round (34th overall) of the 2009 NFL draft. “We had good food and I was always outside, playing. Nowadays, all these kids want to do is play those damn video games. When we were in Jamaica, we were playing in the fire hydrant, and we’re outside and we’re playing soccer and running around. I remember it just being cool. We weren’t worried about all the nonsense that’s going on today. It’s just island life, man.”

Chung’s Chinese-Jamaican father, Ronald Chung, was a record producer, and his mother, Sophia George Chung, was a chart-topping reggae artist, a story not widely known to his younger teammates.

“A couple of them do know my story,” said Chung. His mother’s biggest hit, “Girlie Girlie,” a tune about a woman’s frustrations with her womanizing boyfriend, was an international hit in 1986, reaching No. 1 in Jamaica a year before Chung was born.

“Guys who have been my locker mates for a couple years know, and a couple guys here and there will trickle in and say, ‘I didn’t know your mom was a singer!’ I’m the old guy in the damn locker room, so it’s the younger guys now that don’t really know. Yeah, it’s cool. It’s dope that my mom did that, and that my mom and dad traveled the world. It’s cool, definitely cool.”

A knowing ear can catch a hint of Chung’s Jamaican twang (he says, “Yes, boss,” like most Yardies), but there’s no doubt the impact the tiny island that produced Usain Bolt, Grace Jones and the parents of The Notorious B.I.G. had on the 31-year-old.

“My mom and dad raised me well,” said Chung, who spent the 2013 season in Philadelphia. “We all believe that we’re all equals, we’re all people. No one’s better than the next person, so I’ve always been raised that way. I’ve never been raised to have a big head.”

That’s why it comes as little surprise to people who know him that Chung jumped at the chance to inspire a 10-year-old boy battling osteosarcoma, a solid tumor of the bone, at a Patriots practice on Aug. 7.

“Football is just what I do; that’s not who I am,” Chung said when asked about his motivation to extend a hand to the boy. “Football, it’s a great job and I love it very much, but when football is done, I want people to say, ‘Hey, man, that guy was a good person.’ Not a great ballplayer — that I was a good person.”

Chung met Jack Berry of Missoula, Montana, and his parents, Cooper and Kate Berry, at the Aug. 7 practice. The family had brought Jack to Boston in part because of the world-renowned Dana-Farber Cancer Institute and Boston Children’s Hospital, where he’d receive treatment.

According to ESPN.com’s Mike Reiss, a family connection led the Berrys to the Patriots practice, and Jack got to watch practice from the friends-and-family VIP area. As players and coaches walked by, Chung approached Jack and offered his glove in exchange for his “Jack Strong” wristband.

Chung, a doting father to 8-year-old son Taj, was impressed by Jack’s outlook. “I just think about how he carried himself,” said Chung, who — along with Taj’s mother, Chung’s wife, Cecelia — launched the Chung Changing Lives Foundation, based in Massachusetts, to help children cope with school and life in poor areas.

“He didn’t ask me to sign anything,” Chung said. “He didn’t ask me for anything. He just shook my hand, he was smiling. And usually, even as adults, you go through certain things, we complain and it’s ‘me, me, me,’ but it just seemed like he was so positive about his situation. I know he probably has his days, but he just seemed happy, like nothing was bothering him at all. And I appreciated that.”

Chung promised to wear the band until it snapped, Reiss wrote, and two days later in the Patriots’ preseason opener against Washington, as Jack watched from club suite 11, it was still on Chung’s left wrist.

“He just gave me his band,” said Chung, this week’s Undefeated Athlete of the Week. “And I told him, ‘I’ll wear this until it snaps, bro.’ He said, ‘All right, cool.’ So I put it on [and] I still got it on. It’s been giving me some good luck these last two essential games. Hopefully it goes the whole season here.”

Chung plans to follow up with the Berrys to see how Jack is doing. “I’m going to reach out to him,” added Chung, who played 87.6 percent of the Pats’ defensive snaps last season and was a staple on the team’s special teams units. “I know he’s got chemo a couple of days, so I want to see if he’s all right, just to check on him every once in a while.”

Chung last visited his homeland a year and a half ago. Fatherhood and football keep him busy, but he’d love to give Taj a glimpse of life on the island that molded him.

“I like to make people laugh and smile,” Chung said. “If somebody needs something, I’m there, and if I can help you, I’m there, and that’s how I’ve always lived and was raised by my mom and dad.”