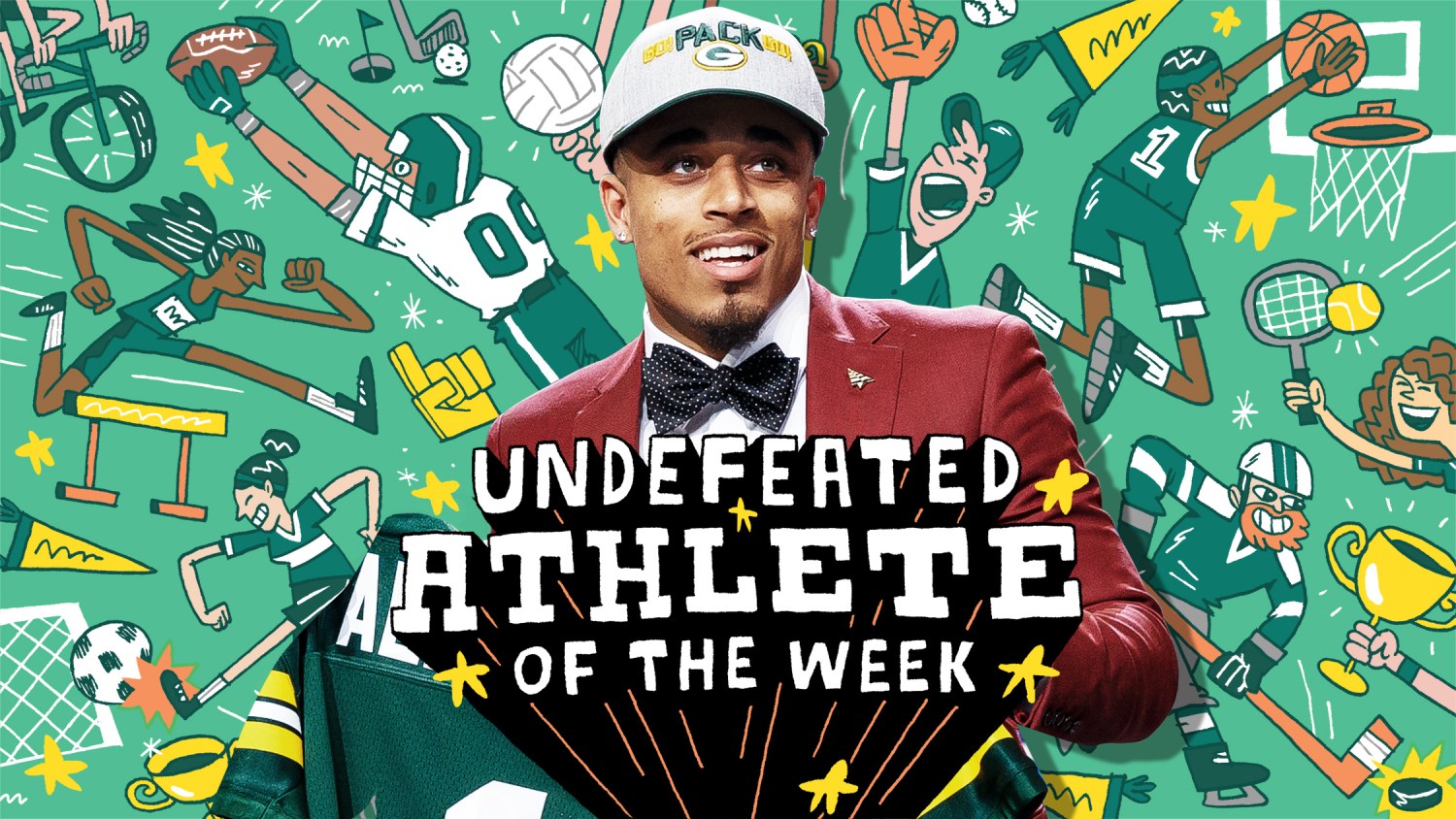 Sometimes when the spirit hits you, you just have to give in … and dance.

That was cornerback Jaire Alexander, the Green Bay Packers’ first-round NFL draft pick, April 28. In the middle of an interview he’d waited a lifetime to give, he heard his former Louisville teammate Lamar Jackson’s name called.

Midway through @JaireAlexander's interview, his college teammate @Lj_era8 was selected with the last pick in the 1st round.

Alexander, who played at Louisville from 2015 to 2017, compiling 77 tackles and seven interceptions, erupted with emotion befitting the Sunday morning praise and worship.

It mattered little to Alexander that Jackson was the final pick of the first round by the Baltimore Ravens. Alexander knew his former teammate had arrived to the draft early and repeatedly heard other names called, including those of four other quarterbacks. He sat with his mother, waiting to hear his name, waiting to take that proud walk to the podium and greet NFL commissioner Roger Goodell like they’ve been boys since childhood.

“What you saw there was real,” said retired NFL tight end Charles Arbuckle, a two-time All-American at UCLA who played four seasons for the Indianapolis Colts from 1992–95. “There’s a brotherhood in football that players know and understand. You fight every day — in practice, in games — and want to take each other’s heads off. But at the end of the day, you know you’re brothers. Lamar was emotional too, I’m sure, when he saw that Jaire had achieved his dream. These two guys, one being a cornerback and the other a quarterback, know each other. They’ve been going at each other in practice, and together they’ve been on this journey to get here. Think about your own siblings … you battle, but you also love them with that same passion.”

Alexander’s made-for-TV show of emotion, shedding light on a brotherhood in football rarely celebrated on Sundays, makes him our Undefeated Athlete of the Week. Most noteworthy, his reaction came from a place of “I told you so.” He’d heard the whispers from the media and the naysayers: that his former teammate should switch positions, that he wasn’t cream-of-the-crop talent but more suited as a dual-threat-type passer. Alexander had come to his teammate’s defense before — long before draft night.

“I think that’s pretty ridiculous for somebody to want him to play receiver,” Alexander said. “He is the best quarterback I have ever seen play the game.”

Alexander, who grew up in Charlotte, North Carolina, was the 941st-ranked recruit in his high school class, the 85th-ranked corner in his class and 13th-ranked player at Rocky River High in 2015. “He’s a leader, he’s humble, he’s a team player, he has all the quarterback attributes and he gets better each year,” Alexander said.

The feeling was mutual, as Jackson later watched the video of his former teammate’s reaction and nodded enthusiastically the whole time.

“That’s my boy. I’m proud of you. You deserve it all. I’m happy you got picked by Green Bay. You’re a special weapon, real talk,” Jackson said.

As of this writing, there is no Ravens-Green Bay matchup on the 2018-19 calendar.

Until then, get your popcorn ready.