MIAMI – As the San Francisco 49ers and Kansas City Chiefs prepare for Super Bowl LIV, another major NFL story line is unfolding more than 1,200 miles away. In an otherwise depressing time for those supportive of diversity, the Cleveland Browns provided a sliver of hope Monday by hiring Andrew Berry as their new general manager and executive vice president of football operations.

A former Browns vice president of player personnel from 2016-18, Berry, who served as the Philadelphia Eagles’ vice president of football operations this season, becomes the NFL’s youngest general manger and, equally notable, the game’s second current African American general manager. Berry joins Chris Grier of the Miami Dolphins as the only black men in the league to occupy traditionally the most powerful seat in football operations. And with things having trended in the wrong direction for such a long stretch with regard to inclusive hiring, any positive news is especially welcome, said Rod Graves, the leader of the independent group that advises the league on matters of diversity.

“For all of us who are concerned about diversity, and diversity in leadership, it’s a positive step,” Graves, executive director of the Fritz Pollard Alliance, said on the phone. “I’m excited. At least we can end this [hiring cycle] on a positive note.”

On the head coaching front, there were five openings this cycle. Only one position was filled by a coach of color: Ron Rivera switched jobs, joining Washington’s NFL franchise after being fired by the Carolina Panthers. Entering the 2020 season, the league will have only four head coaches of color.

The league, which is celebrating its 100th season, has never had a black team president. Ozzie Newsome, who helped assemble two Super Bowl champions with the Baltimore Ravens, became the first black general manager in 2002. It took another four seasons for another team to hire an African American in that position. The NFL had seven black general managers at the end of the 2016 season. Now it’s down to two.

The landscape is widely considered so bleak that the alliance recently organized an emergency town hall meeting in which executives, coaches and scouts spoke passionately about the glaring lack of opportunity to advance within the game compared with their white colleagues. In an overwhelmingly African American league, in which almost 70% of the players are black, it’s unacceptable that so few black leaders have reached the top rung of the ladder in coaching, football operations and business operations.

While Cleveland’s move is clearly encouraging, Graves said, one decision won’t fix a broken system. “We’ve got to move away from these annual emblematic victories to having sustained programs and initiatives,” he said. “I applaud the effort, but I still recognize we have a long way to go.”

“He’s one of the finest executives in all of football,” said Graves, who formerly served as a high-ranking official in the league office and as an NFL general manager. “I sent a note to Jimmy and Dee [Haslam, Browns owners], congratulating them. Andrew has proven how capable he is, and he’ll help the Browns.”

During his first stint with the franchise, Berry worked under then-general manager Sashi Brown, who is also African American. Brown was fired in 2017 while Cleveland was headed to a 1-31 stretch in two seasons under then-head coach Hue Jackson. After Brown was replaced by John Dorsey, Berry remained with Cleveland for another year before briefly moving on to Philadelphia. Berry returns to replace Dorsey, who lasted only two full seasons and was ousted after he refused to accept a diminished role following a disappointing 6-10 season. 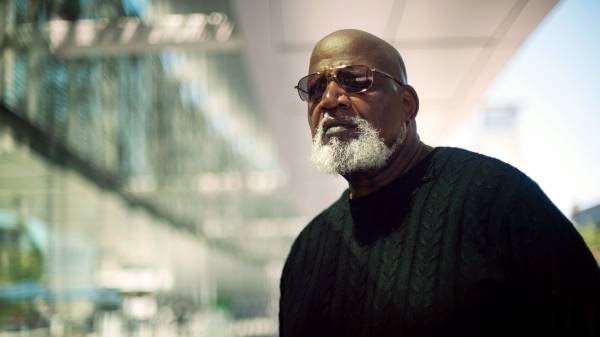 Once a highly decorated four-year starter at cornerback for Harvard, Berry earned a bachelor’s degree in economics and a master’s degree in computer science from the Ivy League school. He climbed the ranks in scouting after beginning his career with the Indianapolis Colts. On his second go in Cleveland, Berry is expected to have control of the 53-man roster and will reportedly report directly to the Haslams.

Under the Haslams, however, the Browns’ front office has been marked by instability, and Berry was part of Cleveland’s brain trust when the team passed on star quarterbacks Carson Wentz and Deshaun Watson by trading the draft picks used to select them in 2016 and 2017, respectively. As always in Cleveland, Berry faces a heavy lift.

He’s at the top level of the game, though. And these days in the NFL, that’s a lot more than many other qualified executives and coaches of color can say.