MIAMI — When the Kansas City Chiefs made their Super Bowl appearance in 1966, there were no African American officials on the field. Officiating was yet another position deemed off limits for black people, besides free safety, middle linebacker, center and, of course, quarterback.

When Kansas City takes on San Francisco on Sunday in Super Bowl LIV, a global audience will see the dramatic transformation, one that speaks to progress, pressure and the power of diversity.

Each team will have rosters full of black players. Eric Bieniemy is the Chiefs’ offensive coordinator. The Chiefs quarterback, Patrick Mahomes, is African American.

The most dramatic change is that five of the seven game officials are black, the largest number on a Super Bowl officiating crew.

The selection of five black Super Bowl officials was not a reaction to the recently competed head coach cycle in which no African American head coaches were hired.

This was a perfect confluence of experience and high marks.

Year of the Black Quarterback

Thirty-six of the NFL’s 122 officials are African American. Of those, four are crew chiefs or referees.

Unlike the NFL’s head coach selection process, often driven by cronyism, nepotism and tapping into the old boys’ network, the selection process for officials uses metrics to determine which officials get the Super Bowl assignment.

The NFL’s individual assignment system for officials is based on something called Game Officials’ Accuracy Ratings. The ratings are computed by reviewing every play of every game and calculating a numerical rating of the game officials’ performance. Tier 1 officials are the top performers in their position.

Based on those evaluations, the officials are ranked on their accuracy and their qualitative evaluation and ranked one through 17. Mackie said the five black officials selected this year aced the objective criteria.

“Through the accuracy and qualitative portion of the evaluation, they graded out and they earned their position to officiate Super Bowl LIV.”

“There’s quantitative factors, there’s qualitative factors,” said Troy Vincent, the NFL’s executive vice president of football operations. “At the end of the season you’re measured by your performance after 17 weeks of play and you are No.1 and No. 2 at your position inside of tier one, you cut out all of the ‘who should or who shouldn’t.’ We’re just going right to the equal playing field.” Vincent said that the five African Americans selected for this year’s Super Bowl “were the best of the best inside of the current system, period.”

“I spent 24 years on the field, 10 in the office. I saw how things worked, where a black official could make a call, the white official make the same call, and they wouldn’t be judged equally.” — Former NFL official Johnny Grier

There are subjective assessments as well; attributes such as communication ability and decisiveness are taken into account, as well as how an official gets along with the crew. In too many instances, when grades, experience and talent were equal, black officials rarely received the benefit of the doubt. The tie usually went to white officials.

“I spent 24 years on the field, 10 in the office,’’ former NFL official Johnny Grier told me earlier this week. Grier was the NFL’s first black crew chief.

“I saw how things worked, where a black official could make a call, the white official make the same call, and they wouldn’t be judged equally.” He added: “If you don’t have somebody in the room fighting for you or trying to make changes, it’s not going to change.”

What happens when after the dust settles and the candidates are equal? Who wins the coin toss? “I’m looking at the best of the best and now you start getting into who do I choose. It becomes who am I going to give an opportunity to. What’s fair? What’s equitable? Where’s the balance?”

Vincent added, “Diversity is a fact, but including these officials in this game is a choice.”

Asked about the historic presence of five officials in this year’s Super Bowl, neither Grier nor Carey was ready to throw the NFL a parade. “This should have taken place some time ago,” Grier said by phone. “This took too long. So many black officials were qualified but never got the nod.” 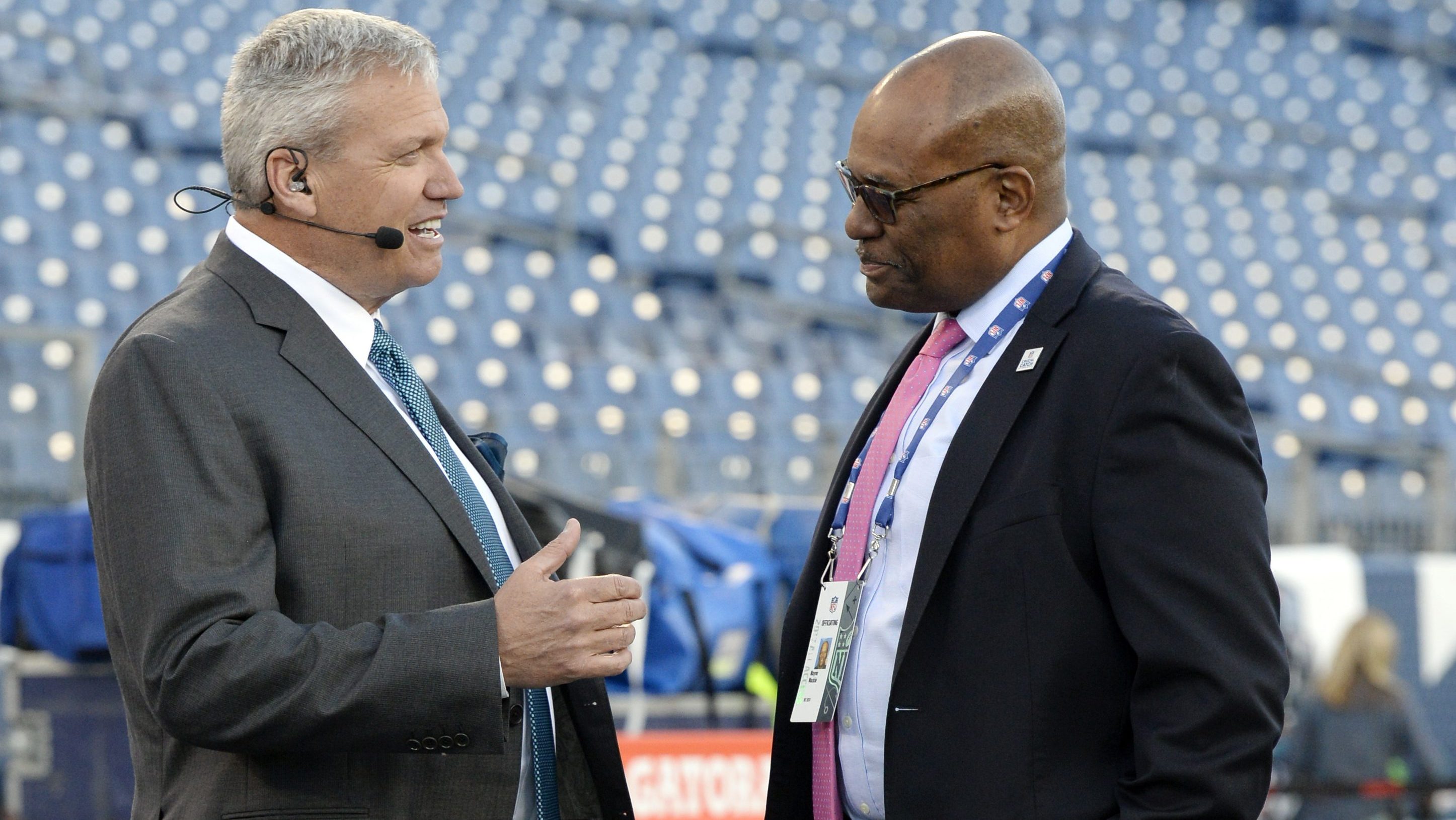 When I asked Carey about the NFL’s complicated criteria for selecting officials, he said that the decision-making process remains largely subjective.

For much of Carey’s career, determinations of who got what were made by white men. “Whether we like to admit it or not, we tend to gravitate to people more like us,’’ he said. “If you don’t have strong diversity in your management group, the chance of having diversity anywhere else is limited. That has been the case for decades in the NFL as far as officiating is concerned.”

For that matter, the same goes for black quarterbacks, black middle linebackers, black free safeties, black centers, and, of course, black quarterbacks and head coaches all the way up to the front-office suite.

“It wasn’t too long ago that an Al Campanis way of thinking was a prevailing thought about black Americans being quarterbacks,” Carey said, referring to the MLB executive who said that black people lacked the “necessities” to assume leadership positions.

The campaign for black civil rights happened. Militancy happened. A clamor for fair play and justice, in and out of sports forced change. Grier and Carey were part of that change.

Grier, who was the director of officiating for the Mid-Eastern Athletic Conference while working as an NFL official, made sure that qualified black candidates were put on the NFL’s radar screen.

“Society itself was changing,” Grier said. “There was pressure; the NFL had to make a move. It was very visible that there were no black coaches, the majority of the players were black and there were very few African American officials. The pressure from the outside made the NFL recognize that they had to make a move in that direction.”

In 2007, the NFL formed the McNally Committee, named after the legendary Art McNally, an early advocate of bringing more black officials into the NFL.

For Mackie, given this long road, Sunday’s historic first, long overdue and too long in coming, is worth celebrating.

“To me it was a great accomplishment,” Mackie said. “What made me proud was that they put themselves in a position to be able to be chosen to do this game. They had a fantastic year, their evaluations were outstanding, they finished in the top tier of their position. So it just made me feel very proud of their effort to be the best officials that they can be.”