Nnamdi Asomugha is making a case for himself as a producer

Nnamdi Asomugha is always up for a challenge.

He most certainly was back when he was an NFL star during his 11-year career, running cornerback, which is surely one of the most challenging defensive positions in the game.

That same spirit has come in handy as Asomugha continues his navigation in the world of Hollywood — as an actor who nabbed an Independent Spirit Award for best supporting male and an NAACP Image Award for outstanding supporting actor in a motion picture in his first starring role in 2017’s Crown Heights.

But this year, Asomugha’s biggest hits are in what he’s doing behind the scenes.

He’s making a case for himself as a producer in two films that are making waves in Hollywood. He served as an executive producer in Harriet, which is calling actress Cynthia Erivo’s depiction of the abolitionist inspired and award-worthy, and the film itself overperformed by debuting to $11.7 million. 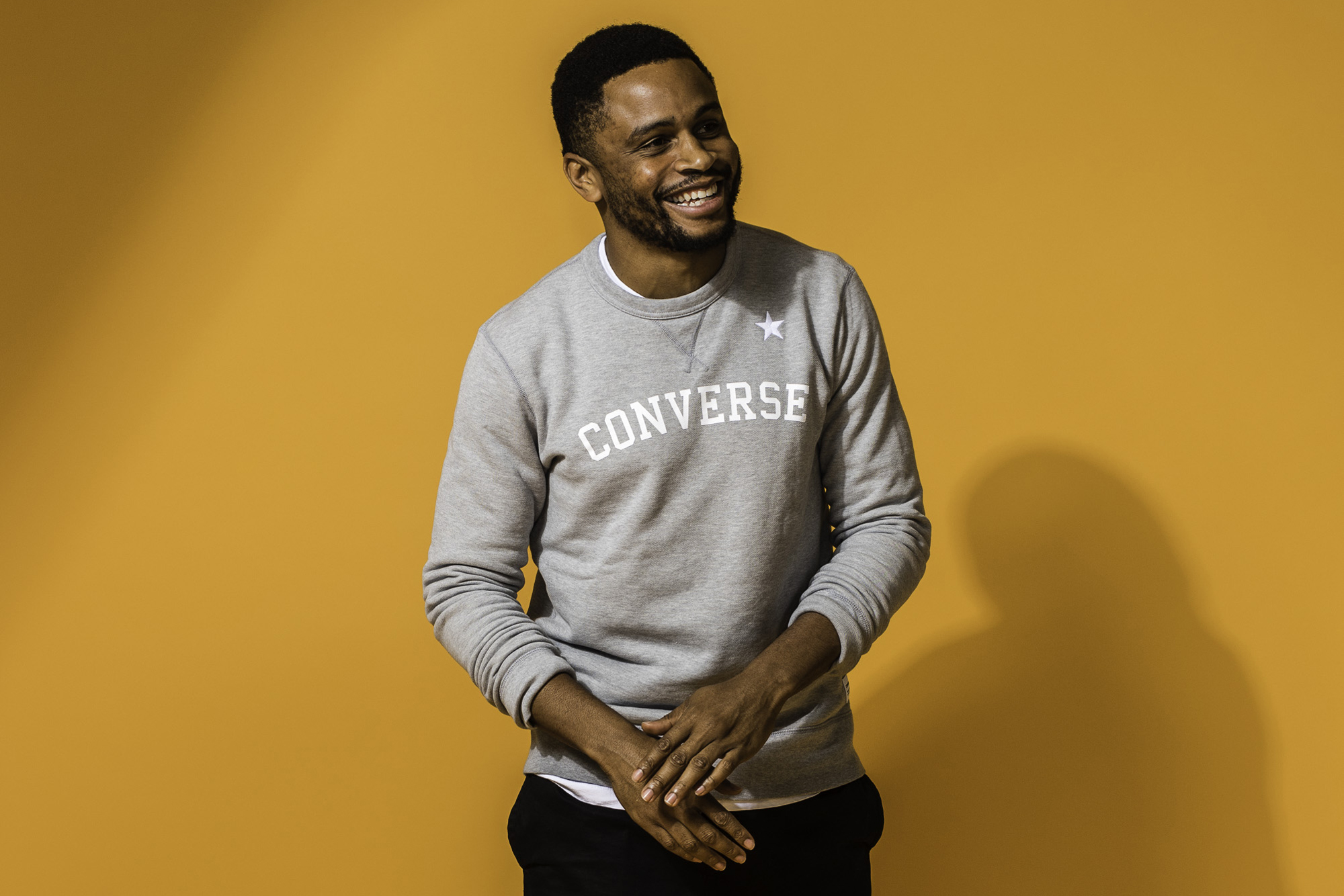 Nnamdi Asomugha relies on everything he learned from football Read now

And this month he is the power behind another real-life story that happens to be one of Apple TV+’s first films, The Banker, which stars Samuel L. Jackson and Anthony Mackie.

Being a film producer was born out of curiosity. He did a short film some years ago and caught a bug. And he seized the opportunity to produce Beasts of No Nation, a war drama film that helped pave the way for Netflix to make an aggressive play for Academy Award nominations. But four of the largest theater chains in the United States announced that they would boycott the film because it was also released on the streaming platform within 90 days, which made getting a top nomination tricky. Still, Idris Elba’s work was phenomenal in that film and he won the Screen Actors Guild award for best supporting actor, and became the first film actor to win a SAG award without being nominated for an Oscar.

Point being, Asomugha has excellent taste when it comes to selecting projects to work on.

“You’ve got so many people that are jumping into this business that have gone to school for it and have dedicated their lives to it. And from the time that they were 12 years old, they knew this was what they wanted to do,” Asomugha said. “Whereas my whole mindset was football, and that’s what I want to do and that’s where I am, and I’m going to do that till I’m 100 years old. And then when it’s time to leave the game, trying to jump into a profession where there are seasoned veterans that are experienced at it, you have to try to find your way into the door. And I said, ‘Well, let me just create my own way and see if that works out.’ ”

Should Harriet get an Oscar nomination, he’ll be the second former athlete to be nominated, the first being Kobe Bryant, who won for his 2017 animated short Dear Basketball.

Asomugha has been working behind the scenes since 2015, but this year has been remarkable.

“Nnamdi’s the best — he is just one of the sharpest, smartest dudes I’ve ever met. He’s got great taste. That’s why he’s so sought after as a producer,” said Leslie Odom Jr., who co-stars in Harriet. “They went after him. They went after Nnamdi to join this creative team. And it’s because he’s got such great taste. And he’ll tell you the truth and he’ll give you notes.”

Asomugha isn’t someone who invests money in films without a creative curiosity in the project.

“I really think that Nnamdi feels like producing is as much about changing people’s hearts and minds with important stories than it is about being in Hollywood and walking the red carpet. Which he also does at every level,” said film producer Daniela Taplin Lundberg, whom Asomugha considers his mentor. “But I think Nnamdi is someone who is in the edit room, who is on set, who is making sure that the film is coming in on budget, who is interacting with all the key players in a film and he’s really not a show-off.”

She added: “I think a really good producer identifies something, the potential in something, and is able to bring it to a place where it has all the necessary components and the script is in the right place and you have the right filmmaker and then possibly brings on partners. To me, he’s willing to roll up his sleeves, which you don’t always see.”

And because he works as an actor, he gets it. In 2020, he’ll star alongside Tessa Thompson in Sylvie, a period piece romantic film that’s set in the Harlem jazz scene. He also produced Sylvie.

“When it comes to producing and acting [I] come to them both in a leadership way,” Asomugha said. “What I’m trying to say is, they’re both selfless positions. They might seem like they are positions of power and control. But for me, I come from it from a different point of view and how can I help the team.”

“I get the sense that Nnamdi’s a feminist, and that’s superimportant. But he just has always really gotten it, really gotten the vision, which is great. It’s been great to work with him,” said Harriet director and co-writer Kasi Lemmons.

“I came from what I believe is the ultimate team sport, where no one person is above another person, in order for the train to move forward and get to the destination you want to get to. Everyone has to do the marching and has to be working together and the common goal,” he said. “It’s similar in that way that it’s just such a team effort. And so I was blessed to have a majority of my life be all about the team. So that I could come into a position where I’m making projects, and I know that I lead with it being about the team versus it being about myself.”