President Barack Obama faces a difficult challenge Thursday when he hosts a town hall aimed at engaging the country in a conversation about the combustible issue of race and policing after a series of horrifying and violent incidents last week.

The killings of African-American men by police in Baton Rouge, Louisiana, and suburban Minneapolis, followed by a sniper’s rampage that killed five police officers protecting a peaceful protest march in Dallas, have left the nation on edge.

The hour-long town hall, which will be simulcast on ESPN and ABC and streamed on multiple platforms at 8 p.m. ET, is part of the president’s effort to restore calm and forge exchanges around the emotional issue of how police treat African-Americans – perhaps the most volatile fault line in American race relations.

“It’s a week that laid bare some of our country’s toughest, most uncomfortable challenges,” Obama said in a recent Facebook post. “But I reject the idea that these issues are somehow too big for us – that America is too divided to find common ground. As I’ve said, I know that we can honor the incredible courage and service of our police officers – and also recognize the racial disparities that exist in our criminal justice system. There’s no contradiction there.”

During the Washington, D.C., meeting, the president will field questions from police officers, students, community leaders and others in hopes of promoting understanding about the nation’s racial disparities, a subject on which Americans of different races hold sharply divergent views.

Yet, researchers who have studied what happens to black and whites with similar backgrounds who are engaged in the same illegal activity have found that African-Americans are more likely to be arrested, more likely to face tougher charges, and more likely to receive longer sentences than whites. It is a gulf that Obama is struggling to close.

Speaking at a memorial service in Dallas earlier this week for the five officers cut down by a sniper who declared he wanted to kill whites, Obama called on Americans to be more sensitive to one another’s experiences. “Can we find the character as Americans to open our hearts to each other?” he asked. “Can we see in each other a common humanity and a shared dignity, and recognize how our different experiences have shaped us?”

It is not the first time the president has pleaded for such understanding. Early in his presidency, he found himself under fire for saying the Cambridge, Massachusetts, police acted “stupidly” when arresting Harvard professor Henry Louis “Skip” Gates after he was mistaken for a burglar at his own home. Obama noted the “long history” of blacks and Latinos facing disproportionate police scrutiny. The president later apologized for his statement, and called the incident a teachable moment that he punctuated by having Gates and the police officer who arrested him come to the White House for a beer.

Obama, who early his tenure as president faced criticism from some civil rights activists for not speaking out more frequently and forcefully on the subject of race, has had to confront the issue in incidents ranging from the killing of teenager Trayvon Martin to the succession of unarmed black men who have died at the hands of police.

Obama held a private meeting at the White House Wednesday with mayors, civil rights activists, police leaders and others. He plans to continue that dialogue with the town hall, a vehicle that he and other presidents have used in the past with mixed results.

“It’s very, very familiar for presidents to say they hope they are starting a national conversation on race. And so I am sure the president would say that is what he wants to do,” said William Galston, who served as a deputy domestic policy adviser under President Bill Clinton. “He wants to model the kind of discussion he thinks the country as a whole has to go through. I’m sure he would be thrilled if town halls spontaneously sprung up in big cities and small towns across America. That would be victory. But I am not sure that is going happen.”

Earlier this year, Obama took part in a televised town hall at George Mason University in Northern Virginia to confront the divisive issue of gun control. The subject has been a particularly frustrating one for Obama, who time and again as president has comforted the victims of mass shootings. In response, he has offered a series of fairly modest gun control proposals, only to see them go nowhere.

The town hall earlier this year followed the president’s executive action to expand background checks for gun sales. The conversation was civil, if unpersuasive. There were no emotional outbursts and the participants seemed to hear one another. But it is hard to detect what change emerged in its aftermath, even as the nation has been convulsed by a seemingly unending string of mass shootings.

In 1997, Clinton launched the One America initiative, which was aimed at promoting racial understanding. A multiracial advisory panel held town hall meetings around the country, which were buttressed by hundreds of smaller meetings convened by federal agencies.

Relatively few whites took part in the discussions, no doubt because they are less likely than blacks and other minorities to see a racial problem to begin with. In the end, the meetings seemed to do less to promote understanding than they did to allow people to present their views and air grievances. No major new policies emerged from the discussions.

Despite those shortcomings, some of the officials who took part in the Clinton effort said presidential town halls can still be valuable. Angela Oh, a Los Angeles lawyer who served on the advisory committee to Clinton’s race initiative, called Obama’s effort to bring people together in the wake of last week’s violence laudable.

Reddit Hudson, a former St. Louis police officer turned activist against police brutality, said the president will be successful just by getting people to move a little closer to understanding their own culpability in the strained relationships between police officers and the communities they serve. Just as people who perpetuate violence should be held accountable, so too should bad cops, he said. 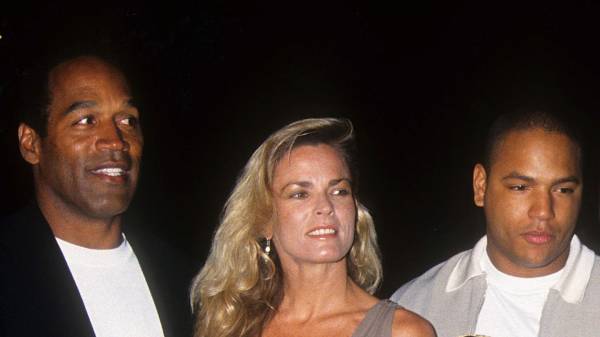 “What we need to see is accountability, real accountability for the police. Police cannot have a separate criminal justice system,” said Hudson, who has worked with school children and others to address the causes of violence in communities. “The ground floor of bridging the gap is really acknowledging on each side what each side has contributed to the breakdown in the relationship.”

Christopher Edley Jr., who served as an adviser to the One American initiative and is president of the Opportunity Institute, a nonprofit that promotes social mobility, said that whatever its limitations, a town hall offers a teaching moment for Obama.

“He can really let the professor in him run wild,” he said. “Because this is really about teaching, trying to explain to people what life is like for fellow Americans who have different experiences.”