On Showtime’s ‘Black Monday,’ the fashions are just as outrageous as the story

If you’re stuck inside, hiding from COVID-19, you’re probably looking for something to watch.

Might I suggest we all time travel back to the Wall Street crash of 1987 via Showtime’s Black Monday, the comedy starring Don Cheadle and Regina Hall as Mo Monroe and Dawn Towner, the geniuses behind The Jammer Group, the ruthless trading firm Mo founded?

The show recently returned for its second season. The first is highly bingeable — Mo and Dawn conspire to get a piece of a company called Georgina Jeans by hiring a new trader named Blair (Andrew Rannells), who happens to be dating the company heiress, Tiff Georgina (Casey Wilson). They figure they can get Blair to marry Tiff, and in turn, cut them in on a piece of the company’s ownership, a plan that runs into just as many complications as you might expect.

Black Monday is sillier than Billions, Showtime’s hit about a nihilistic hedge fund manager and the federal prosecutor who wants to put him away. It’s closer to the absurdity of The Wolf of Wall Street, with all of the requisite invocations that make a Wall Street comedy: generous mounds of cocaine, a mention of Gordon Gekko’s famous philosophy on greed and a frat house atmosphere full of feral male traders. But its standout feature is the costuming, designed by Melissa Bruning, who also created looks for two Planet of the Apes movies, Wild, Friends With Kids, Super Troopers and Kissing Jessica Stein. Her work can also be seen in the upcoming Space Jam sequel.

Bruning grew up in Omaha, Nebraska, attended Nebraska Wesleyan University in Lincoln, Nebraska, in the early 1990s, and obtained a master’s degree in costume design from New York University. She remembers being influenced by fashion on MTV because it was how she saw what other young people around the country were wearing. I spoke with Bruning recently about creating the looks for Black Monday, and how costuming can enhance on-screen storytelling.

What’s the process for creating the aesthetics for the characters? It looks like you had a ton of fun with it.

I always start with research. I go back to original photos, so photos of New York City during that time. Some magazines, just because you can see style trends, especially for Tiff Georgina. But I like looking at pictures of real people, how they wear things. There were a lot of photographs of people riding the subway from that time. And because it’s an accessible time period, there is a lot of research out there. You could go on YouTube and watch old footage from that time because it was about the crash. There’s a lot of photographs and documentary footage of the crash, which was extremely helpful.

And I graduated from high school in ’89, so I have a sense of the way we used to wear things then, of popping collars and puffing out shirts and scrunched socks. I have an innate knowledge of … this is actually what we wore and we thought we looked really good. At the time, I had some big, big, big hair with the butane curling iron in my locker and I looked good! Popcorn sweater, Forenza jeans, all of it. And because I was a high schooler, it meant even more to me because it was like, ‘If I wear this, I’ll finally look like the people on MTV.’ Because I grew up in Nebraska, when we got cable and we got MTV and we saw other people from big cities, Montgomery Ward’s was no longer OK.

A lot of my influence is looking at musicians from the time because I feel like the character of Mo would have definitely drawn from those sources.

A lot of Mo’s clothes look like Miles Davis in the ’80s, especially when Mo begins straightening his hair.

It was important for us in the second season, because he’s on the lam, he’s in disguise. But as far as Mo in disguise, he’s not somebody who doesn’t want to stick out. Even though he was not in a three-piece suit, he was still in something that represented who he was. The trick was, through working with Don Cheadle, finding things that were beachy and relaxed but also still felt that he was the one with the upper hand and with control.

Don and Regina’s characters are people who are making huge salaries. How do you make their costuming reflect their income?

As far as Don Cheadle and his character, Mo, we pretty much had everything custom-made, because he would’ve. It helps us because there’s so many stunts and gags, so we need multiples. If you pull from original 1980s stock, you can maybe find one or two. Sometimes I get lucky at a costume house.

But we had a tailor make all of his suits. What I would usually do is find something vintage and then have them copy it for his size and I would pick out the fabric. We played a lot with color combos and colors of that time. And he particularly looks good in purple and purple was very in, so we were able to do that. But we wanted him, as a man of color, to look good in the stuff that he was wearing, so the colors that we chose also complemented him and made him stand out among the other people in the office.

How important was cable TV in the shift in what was considered stylish?

You could get a Tiger Beat magazine but the exposure that MTV gave to kids in the Midwest was huge. We are a culture now where everybody sees everything. We were very pocketed. We only got the three channels that came on TV back in the day. At night, it was ‘Star-Spangled Banner’ and then everything shut down. We just were exposed to a younger culture than we would have, just being in Nebraska. Those fish-out-of-water ’80s movies worked because people were so isolated in a way that we aren’t now. From a fashion standpoint, it was eye-opening.

Tell me about using costuming as a storytelling device.

I set up a costume fitting with [Regina Hall and Casey Wilson] at the beginning of the season and we decided this is the vein we’re going to go in. With Regina, we started going into color blocking. And because we’re moving into the early ’90s, I wanted to work in that early-’90s blocked-coloring that was so powerful and bold. She loved it. She was like, ‘Dawn’s a boss and this is my signature boss look.’ Once we honed in on that, I was able to look in thrift stores and Etsy and costume houses to find things that really gave that a punch.

I was thinking about the red dress that Dawn wears when she comes back to work and Mo is gone and she’s now in charge.

It was important for us to immediately give the audience a punch of ‘I am the boss in a room full of other women.’ It’s not just playing with Regina’s clothes. It’s also what you do with everyone else. We desaturated the color of almost everyone else in the office. We gave them things that were a little bit more typical or a little softer or just different, to highlight her. So Dawn and her assistant have the brightest colors in the room. We wanted that punch so that no matter where you look in the room, you look at her. That’s what she wanted. That’s how she was feeling. We tried to give her a power color punch when she was really feeling like the boss.

I’m also interested in Tiff’s transformation when she and Blair attend Nancy Reagan’s birthday party. She goes from being a girl who wears a side ponytail to an adult wife, complete with a bouffant. This is where she’s in her element. 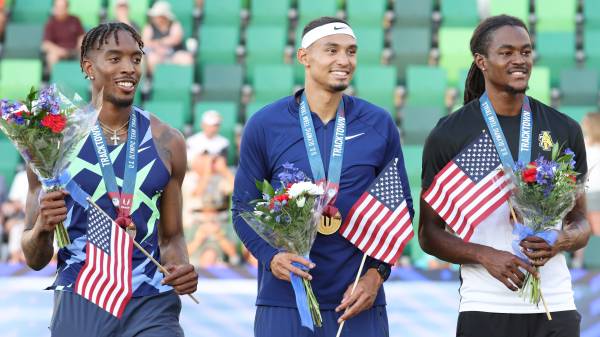 I found that particular dress, which is some gorgeous, gorgeous vintage dress. What I liked about it was that the top of it was so bright and so interesting-looking and so ’80s. But we added all those layers on the sleeve. They’re bits of denim because we incorporate denim in almost all of her outfits. So we added that because Tiff would have been like, ‘Oh, I need some denim on this.’ And then we added the bedazzlement to it. My tailor called it ‘The Pocahontas Dress’ because it had ‘all the colors of the wind.’ As a costume designer, it’s so fun to take a ridiculous situation and make it completely serious, through the clothes, but in making it serious, it’s still ridiculous.

What was the fabric you used for Blair and Tiff’s wedding? Are those denim-colored sequins?

I found a bolt of denim fabric with liquid sequins on it. Like, a chambray. After going through piles and piles, I found this and I was like, ‘Ooooooooooooooohhhhh!’ We just did everything. We did the vests, we did the bridesmaids, we did anything we could out of it, because we could! It just adds to the ridiculousness of it, and yet I could totally see that as Tiff’s choice.