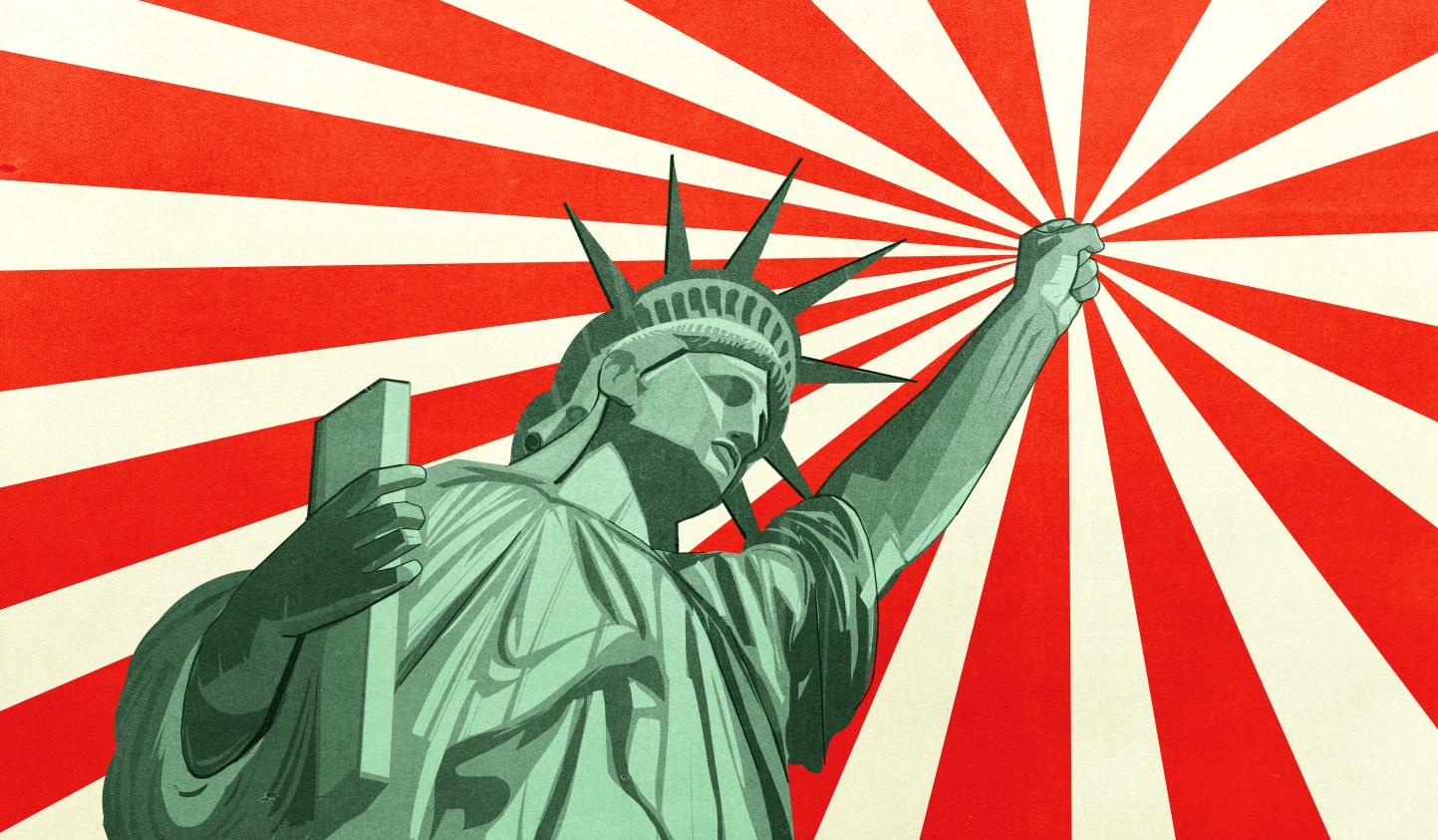 Illustration by Shout
Pots And Pans

On this July Fourth, what should be our national anthem?

No matter what song we sing, let it ring with a determination to forever move forward

“I hear America singing, the varied carols I hear …”

I, Too, by LANGSTON HUGHES:

America, from sea to shining sea, knows how to throw a great birthday party: parades and cookouts, sweet tea and chilly brews, fireworks and baseball.

Like the country and the quest for liberty and justice, the flag belongs to us all.

And so, as we approach another Independence Day, do the nation’s great patriotic songs. After all, nobody ever sang “America the Beautiful” with more poignancy than brother Ray Charles.

Irving Berlin, an immigrant to the United States, wrote a song for his new country, “God Bless America,” a song we hear most prominently at major league baseball stadiums these days. Woody Guthrie penned a retort to the song, “This Land Is Your Land,” a celebration of America and our shared ownership and responsibility for its future. And everyone from Pete Seeger to Bruce Springsteen and Sharon Jones and the Dap-Kings have inspired and challenged new generations with Guthrie’s song.

One spring day in the 1930s, Marian Anderson — born in Philadelphia, just like her country — stood on the steps of the Lincoln Memorial and sang. A black woman, she’d been barred from Washington, D.C.’s Constitution Hall, which the Daughters of the American Revolution owned. Anderson’s rich ebony contralto served as a white-gloved clapback to racial segregation and bigotry in America: “My country, ’tis of thee, sweet land of liberty.”

A few years later, with the nation at war, Duke Ellington launched into “The Star-Spangled Banner” during a concert at Carnegie Hall. Ellington’s rendition of the anthem came at a time when many people of color were fighting a two-front war: against the Axis powers overseas and against America’s apartheid here at home.

A generation after that, rock star Jimi Hendrix began the final summer day at the Woodstock music festival by playing the national anthem. His playing evoked the war in Vietnam and discord at home. Aural fireworks erupted from his guitar.

In the winter of 1983, Marvin Gaye performed the anthem at the NBA All-Star Game and turned it into a soulful singalong.

Inevitably, the Hendrix and Gaye performances of the national anthem proved challenging or controversial, just as José Feliciano’s did in the fall of 1968 at the World Series between the St. Louis Cardinals and the Detroit Tigers. Born in Puerto Rico and reared in New York City, Feliciano said he played the song as he felt it, his singing and guitar playing a tropical breeze dancing in the Midwestern air.

His interpretation of the anthem forced many to hear the song in new ways, just as an ever-changing America has forced the elders, especially those used to power, to hear new and different perspectives, like it or not, ready or not.

More recently, Rene Marie, a fierce jazz singer, has dared to meld “Lift Every Voice and Sing” with “The Star-Spangled Banner,” a powerful concoction that forces listeners to hear both songs anew. Marie’s powerful song echoes W.E.B. Du Bois: “One ever feels his two-ness, an American, a Negro …”

Our patriotic anthems are songs for all seasons and all voices and a multitude of circumstances.

Today, darkness threatens America. It always has. Heroes struggle to wrest the flag and the nation’s future from the small, cold and morally dead hands of those who seek to reap power by sowing discord and deception. The heroes, brave and determined to be free, will win. They always do in America, though the struggle will be long and tempestuous. It always is.

As always, when times are dark, we turn to our most hallowed symbols and songs. As Martin Luther King Jr. and others have shown us, the nation’s flag rises most majestically when waved by the righteous: those fighting injustice, those fighting for an America that lives up to its highest ideals for all of its people. As always, the nation’s patriotic songs can light the way to higher ground, on Independence Day and beyond.

And the rockets’ red glare …