If you’ve been paying attention these past few years, you see exactly what John Ridley is trying to do. The Oscar-winning filmmaker — he earned Hollywood’s biggest prize for writing the adapted screenplay of 2013’s 12 Years a Slave — has been working on projects that entertain and educate. When you experience a John Ridley project, you end up ordering a book or going down a Google rabbit hole. You figure out a way to learn more. He challenges his audience to think more deeply.

His latest project is documentary Let It Fall, which was released in New York and Los Angeles theaters earlier this year (a shorter version ran on ABC). The film documents the mood and events that led to the Los Angeles riots, which happened 25 years ago in the aftermath of the Rodney King verdict. Like most of what he does, the work is rich. And now his name, once again, is being whispered in Academy Award circles.

Why do you gravitate toward the kind of work — statement art — that you do?

I started in a space where much of the work that I did was self-expression. I started as a novelist, and the first novel I wrote was made into an Oliver Stone film, U Turn (1997). And with Three Kings (1993) and Undercover Brother (2002), [they] were about me trying to speak to people. That was good, and I think I was successful to a degree. But it was a time in my career where things shifted, and I was very fortunate to be involved in stories that were less about me and more about who we are. And where we came from, and representatives of, I’ll say, our community — certainly in our country, and in general. People of color who, against all odds, and without a desire for much recognition of self, just work to achieve, and to be, and to excel.

So you do things like Red Tails and get involved with the Tuskegee Airmen, and you do things like 12 Years a Slave, or American Crime, which were fictionalized stories but real human accounts. We spent so much time with people, listening to them. Their stories and their struggles. Their hopes, their dreams and their desires. People compliment me on my work, and I go, ‘Look, I don’t know that I’ve gotten better over the years as a storyteller. But I think the stories that I’ve been fortunate enough to be involved in, they are more potent and they are more emotional. And they touch people in a greater way.’ I’m absolutely attracted to those kinds of stories.

“These individuals, who on the surface have no connectivity, will forever be connected by a very particular tragedy.”

Let It Fall certainly falls into that. Why did you want to document this horrific moment in American history?

There were so many very personal stories, very personal narratives, that were beyond the narrative. People called it a ‘riot.’ ‘The Rodney King Riots.’ Rodney King didn’t start it; the riots didn’t start right after the arrest. There were so many incidents … that led to these tragic events. They affected many different communities and many different kinds of people. One of the reasons I wanted to tell the story was I thought it deserved to be told from multiple perspectives, and over time. These different points of views, and these different neighborhoods, and these different individuals were given equal weight and equal measure … a tapestry was being woven. One can do that and not obscure a central point that we’re all sharing these spaces. If we don’t see the commonality that we have, on an everyday basis, we will end up seeing it in a shared way, and usually with a shared tragedy. It shouldn’t come to that before we see ourselves in other people.

So much rich material is coming out of the documentary space right now, and black directors and creatives are telling these stories — look at the Oscars documentary category last year.

There are moments in Let It Fall, … [where] I don’t think I could create characters or moments or emotions that are as strong as they are in reality. I also think now is a very good time for telling documentaries because there are so many platforms that are very supportive of the documentary space, and audiences no longer have to go to an art house or see them in a movie theater. You have these great stories, you have audiences that are now being cultivated — and you have artists, whether it’s Ezra Edelman, whether it’s Ava DuVernay — who want to tell stories.

The L.A. riots happened 25 years ago, but so much of what was happening then feels very contemporary. What surprised you most when putting this together?

How raw some of the subjects’ emotions remained, even 25 years later. The stories they’re telling, it’s like they happened yesterday. The sharpness of their pain, or their loss, or their regret, things they wished they could do differently. Things that they wish they could do again. These individuals, who on the surface have no connectivity, will forever be connected by a very particular tragedy. That was my strongest takeaway … just the rawness of the emotions. 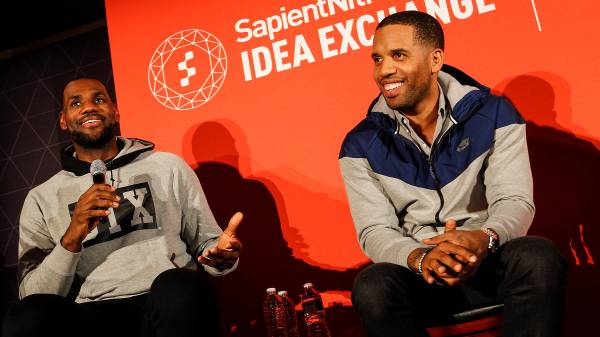 What would you hope audiences take away from this doc?

It’s wrong to put something in front of people as though I have the answers and I have the solution. I think people need to be continuing to ask questions. Questions about their environment, questions about how they interact. What would be my decision? What would be my choice? What would I do in a similar circumstance? Or more importantly, what can I do now so that I can avoid ever having to make a choice like that? There’s far too much of that going on right now, people being told what to think. But not enough of us being inspired to ask more questions, dig more deeply and upend expectations.

Let it Fall is available on ABC.com and Netflix.