Parker Curry, a little black girl just being her own amazing self

Ever since the photo of her staring at Michelle Obama’s portrait went viral, she’s become a star on the toddler circuit

An hour before her big moment, Parker Curry was doing the same thing that the rest of us were doing at Nationals Park: shivering. With a game-time temperature closer to freezing than not for the Washington Nationals’ home opener versus the New York Mets, standing on the field meant dealing with the just plain cold weather outside. Her pink bubble parka was in tow, but the cameras were out, and she was wearing her Bryce Harper jersey with matching white Converse Velcro Chuck Taylors, so it was time to stunt.

For Parker and her mother, Jessica Curry, this was a slightly less controlled environment than usual for her media appearances, but also the least personal. The 3-year-old rose to fame when a photo of her staring at former first lady Michelle Obama’s official portrait at the Smithsonian National Portrait Gallery went viral, and since then she’s become a star on the toddler circuit.

“Life has been busy, but good busy,” Jessica explained. “A lot of people have reached out to us for appearances and things like that, and for the most part things have normalized. We’re back to ballet, we’re back to gymnastics. I’d say now it’s been about three weeks since she took the picture … and every week we’ve had a number of opportunities and we just take it one day at a time, and whatever we think is a good opportunity for Parker then, we’re open to.”

The run has been pretty meteoric. She got to actually meet Obama, which for many people would be the highlight of a lifetime. She also got to appear on Ellen, America’s Adorable Child Show of Record. Ellen DeGeneres did her best not to act like she wasn’t tight about the fact that Obama stole her bit and danced with her, but it was all good. They re-enacted the photo moment instead. In all seriousness, the online sensation made it all the way to CNN Tonight with Don Lemon, cementing her status as the most precious child in America for 2018.

But on Thursday, a lot was going on. Both teams had to be introduced. There was a national anthem to be sung. There were accolades to be handed out. Fireworks were going off, and on top of that, Washington, D.C., Mayor Muriel Bowser had just arrived to help with Parker’s portion of the show. Before that, she’d taken a quick potty break to make sure things didn’t go awry before the big moment, but now that we were here, the scene was a tad hectic.

Like many grown-ups would probably be likely to do when feeling a tad overwhelmed, Parker cried a little. For a 3-year-old, surrounded by a crowd of 40,000 people, with people yelling her name and sticking cameras in her face, it was understandable. Luckily, there was a Little Debbie Oatmeal Cream Pie to the rescue nearby to lighten her mood.

Bowser, whom Parker had met previously — her mother is a D.C. native and a baseball fan who goes to a fair number of Nats games — was there to yell “Play ball!” and officially open the season. Parker, although a star, isn’t exactly a method actor yet, so relying on her to deliver the line wasn’t easy. Thus, the two rehearsed. They practiced their pageant waves, and Bowser went over the script. “I’m going to say, ‘On behalf of Parker, myself and all Washington Nationals fans: Let’s. Play. Ball!’ ”

By the time the two had scrambled on top of the dugout to deliver the line and get the game started, Curry was just hanging out, watching her child dazzle a ballpark crowd with the mayor of her hometown. Which led to the question, exactly how hectic is this child’s life? Curry, who runs Happy Mama Happy Babies, a motherhood and lifestyle blog, says she’s not letting things get out of control.

“It’s not stressful because of the fact that I realize that to some extent, I’m in control of the situation,” she said. “I don’t interrupt her nap times, I don’t interrupt her meal times, I don’t take away her activities that she does on a usual basis. If something comes up and it works with the schedule that we already had, that she already had before all this happened, then we do it. And if it doesn’t, then we don’t do it. I’m not letting it get to a point that I’m stressed out.”

Sometimes, however, plans do change. Lunch with the mayor was not exactly on the schedule, but what can you do? By the time we got into the Delta Club at the yard, Parker was walking around the dining room with her giveaway towel looking for food. Up until that point, it had been a day like any other. They’d had a big breakfast at home, and according to mom, she was hoping to see Muriel, her new close personal friend, at the game.

Overall, though, Curry is just glad that they’ve gotten the opportunity. For outside onlookers, the appeal is obvious. And in a world in which our children are so often portrayed in ways that are unfair to every part of their being, Parker’s life is a window into an existence we saw more of: a little black girl just being herself.

“It’s been really cool; we’re really blessed. I feel really honored that so many people are kind of interested in Parker, and interested in following her,” Curry said. “We’re back to doing everything that we normally do. Going to the library, going to museums, hanging out. It’s just that now there’s way more people watching what we’re doing. I’m happy to have the opportunity to inspire other parents to do cool stuff with their kids and inspire their little kids to do great things.” 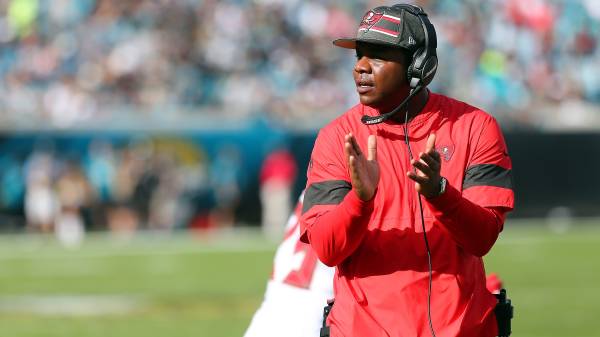 But we gotta be real. The stunt factor is no joke. Most 3-year-olds don’t have the kind of Rolodex that Parker does and Curry has to manage that, no matter how ridiculous it may all seem.

“I no longer deal with the regular 3-year-old tantrums,” she said with a laugh before brisking off to eat. “I’m now dealing with tantrums that include pleas for Michelle Obama and Muriel Bowser and Ellen [DeGeneres]. These are the types of women that I have to deal with her asking for when she’s upset with me.”

Some call that Black Girl Magic.