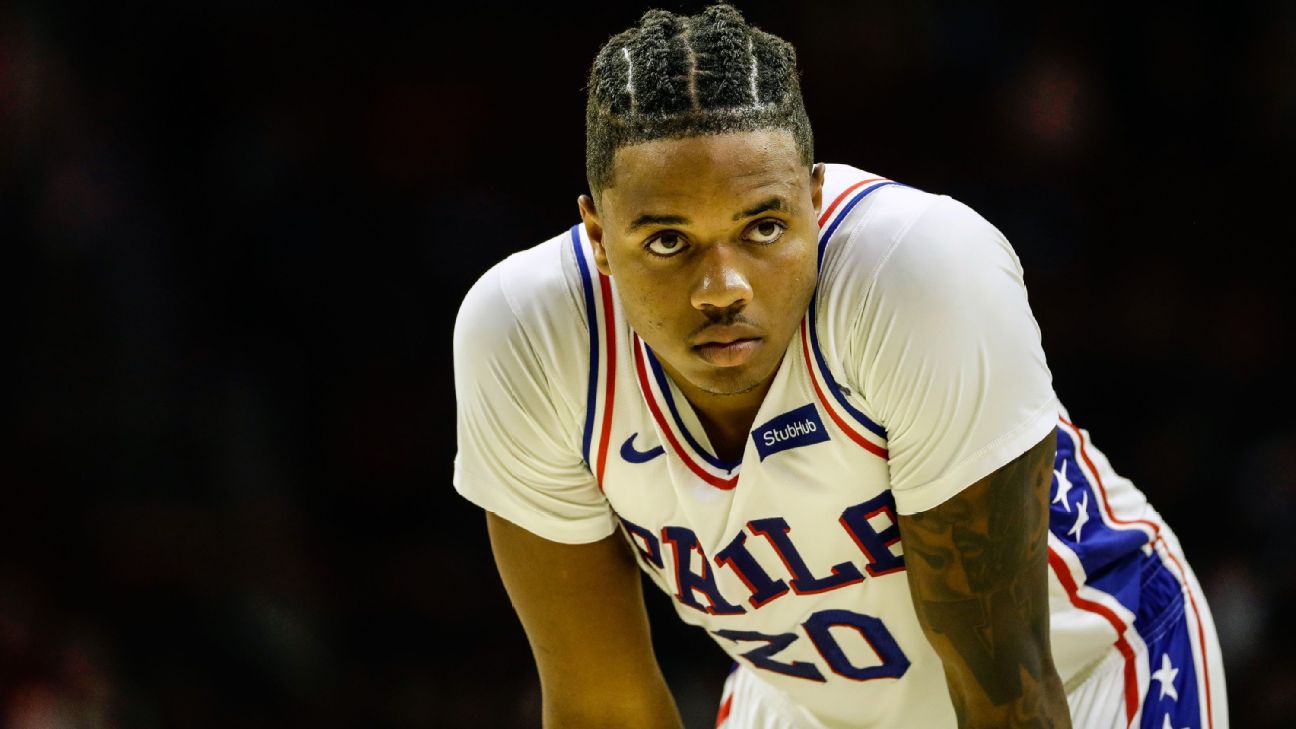 PHILADELPHIA — As soon as he saw Ben Simmons pushing the ball on a Philadelphia 76ers fast break, Markelle Fultz immediately drifted to the open spot in the left corner. Simmons found him, and Fultz, after one calm dribble, confidently launched what has to be the most celebrated 3-pointer in these parts since Villanova’s Kris Jenkins beat North Carolina for the 2016 NCAA title.

It was a historic shot for Fultz, the first 3 he had made during a game while wearing a 76ers uniform last Monday against the Orlando Magic.

“I’ve been working on my shot all summer,” Fultz said. “If I have the shot, I’m going to take it.”

That wasn’t the case last season when Fultz’s right shoulder injury, a scapular muscle imbalance, limited him to 17 games and left him indecisive.

In a matter of months, Fultz, a 41 percent shooter from 3-point range at the University of Washington, went from dominant college player to a rookie in distress. A severe hitch in his jumper left him open to ridicule and led many to wonder whether his career would be a bust.

That sentiment from Fultz is, clearly, a stretch. But Fultz did come under a great deal of scrutiny, much of it for the wrong reason.

“What happened last year was an injury, let me get that straight.”

Many felt his shooting woes were the result of tinkering, while others believed his issues to be mental. Even his shooting coach, Drew Hanlen, seemed to support the mental theory in June when, during an appearance on the Talking Schmidt Podcast, he said: “With Markelle, obviously, he has one of the most documented cases of kind of the yips of basketball in recent years, where he completely forgot how to shoot and had multiple hitches in his shot.”

But Fultz wants everyone to be clear about what led to the shooting problems.

“What happened last year was an injury, let me get that straight,” Fultz said, adding he had spoken to Hanlen about his remarks. “It was an injury that happened that didn’t allow me to go through the certain paths that I needed to shoot the ball.”

Mike Jones, Fultz’s coach at DeMatha High School in suburban Washington, D.C., watched all the drama play out from afar.

“For people to say stuff about him without really knowing what was going on, I felt bad for him and I was concerned for the young man that he is,” Jones said. “But I never felt bad for him as a basketball player, and the reason is I know how he’s built. I knew he would go into the offseason motivated, and to prove the naysayers wrong.”

And that’s exactly what Fultz, feeling healthy, set out to do this past summer. On his journey to emerge from the sunken place, Fultz worked daily with Hanlen (who has worked with numerous NBA players, including Jayson Tatum, Bradley Beal and Joel Embiid), often three times a day. Much of the time was spent launching jump shots, easily more than 1,000 per day.

“I had a lot of motivation going into this summer,” Fultz said. “This year I was really focused on just working hard to get my shot back to how I would like it.”

Still, the doubters remain. Two weeks ago, Hall of Famers Isiah Thomas and Kevin McHale, both studio analysts for NBA TV, broke down tape of Fultz from an early practice.

“If you want to learn to shoot, please get some NBA players to teach you how to shoot,” Thomas said, in an obvious slight aimed at Hanlen. “You can’t go get little guys who never played in the NBA, never faced defensive pressure — and that guy’s going to teach you to shoot? It’s not going to happen.”

McHale piled on: “If I’m guarding him, I’m backing off 15 feet and yelling, ‘Shoot, shoot.’ And see what that does to his confidence.”

Sixers coach Brett Brown, of course, isn’t listening to the critics as he’s starting Fultz in the preseason, replacing JJ Redick. That gives the Sixers a backcourt that will be hard to match in terms of athleticism.

“It takes so much pressure off me,” Simmons said. “Just knowing we have three guys who can make plays at the rim helps tremendously.”

And the difference Simmons sees in Fultz this year?

“He’s making shots,” he said. “You need to go out there with a clear head and focus on what you do well. He’s doing that now, and he’s playing great.”

While Fultz is now shooting with confidence, his ability to make shots will be a determining factor for whether the Sixers can be good enough to win the East and reach the NBA Finals. That made 3-pointer a week ago against Orlando made headlines, but it was his only make in five long-range attempts during the preseason, which concluded for the Sixers in China with a loss to Dallas on Monday.

On a team where arrested development has paid off in big ways (neither Embiid nor Simmons had instant success as they battled injuries early in their NBA careers), the Sixers are hopeful that Fultz’s second act will have him emerge as the missing piece the team hoped for when Philadelphia traded the No. 3 pick (which turned out to be Tatum) and a 2019 first-round pick to Boston to move up to the No. 1 spot.

And here’s the biggest sign of progress so far:

This preseason, Fultz is missing shots with confidence.

“There is zero hesitation,” Brown said. “And it hasn’t been for a month. He hasn’t made all of his shots, but he shouldn’t back away from any of them.”

Fultz, like any true shooter, promises that’s advice you won’t have to tell him twice.

“I put a lot of work in this summer just to be comfortable shooting the 3,” he said. “I’m confident I can make 3s, and I’ll take them if I’m open.”